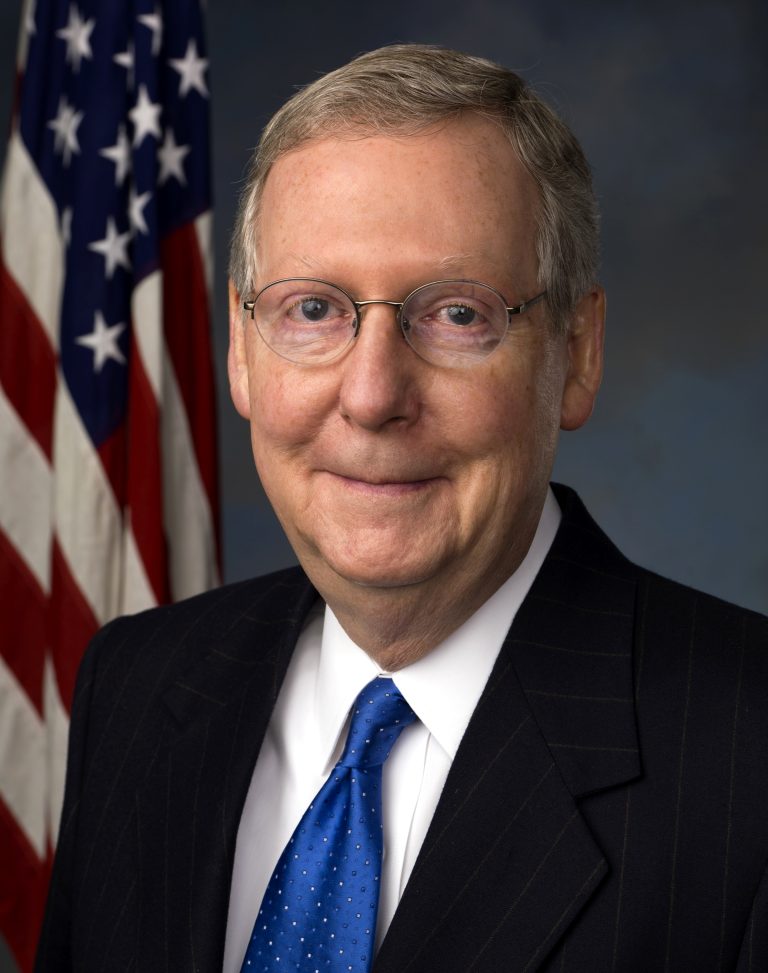 If you just tuned in to the U.S. Senate race in West Virginia you might think that it was a contest between Don Blankenship and Mitch McConnell. The acrimony between the two has become a national story in the intense battle for the Republican nomination, even though McConnell is from Kentucky and not on the ballot here.

Blankenship is running as the most anti-establishment candidate in the race, arguing he is the best person to continue Donald Trump’s drain-the-swamp pledge.  That includes replacing McConnell as the Senate Majority Leader.

Blankenship even wanted to wear a “Ditch Mitch” hat during the Fox News debate last week. Fox would not let him, but they did show the hat and ask a question about it. That gave Blankenship an opportunity to separate himself from Patrick Morrisey and Evan Jenkins, who have dodged the question.

McConnell publicly manages his disdain for Blankenship, choosing to say things like, “We’ll wait to see who the nominee is and get behind a Republican candidate, and hopefully it will be one who is actually electable.”

However, the anti-Blankenship wheels are turning behind the scenes.  As Politico reports, “McConnell’s political operation has moved aggressively to block Blankenship’s path.  Operatives close to the majority leader, convinced that Blankenship would lose to Democrat Joe Manchin in the November General Election, have launched a super PAC that has spent about $1.3 million on TV ads attacking the coal baron.”

The PAC ads have been more brutal on Blankenship than Jenkins or Morrisey have been. The ads identify Blankenship as a “convicted criminal” and say that “West Virginia families paid the price,” a reference to the Upper Big Branch mine disaster where 29 miners died.

The back-and-forth became even more personal when Blankenship took to calling McConnell “Cocaine Mitch.”  That’s a Blankenship effort to link McConnell to a 2014 drug bust on a cargo ship owned by the family of McConnell’s wife, Elaine Chao.  The Washington Post Fact Checker called that a “kooky tale” and gave it four Pinocchios.

But what does all this mean for the voters in tomorrow’s election?  Donald Trump’s popularity in West Virginia means the drain-the-swamp, anti-establishment sentiment is strong here. That forms the base of Blankenship’s campaign—a candidate, like Trump, who is not a politician and promises to upset the status quo.

The question, however, is what percentage of the Republicans and Independents in West Virginia A) Believe that Mitch McConnell is the enemy, and B) want to not just drain the swamp, but also auger it out with a continuous mining machine.

Since McConnell is from Kentucky and Blankenship is from West Virginia, the Hatfield and McCoy references are inevitable.  The feuding families did eventually shake hands in 1976, formally ending their dispute, but it’s hard to imagine McConnell and Blankenship ever burying the hatchet.  And if Blankenship is elected, the feud is really just beginning.