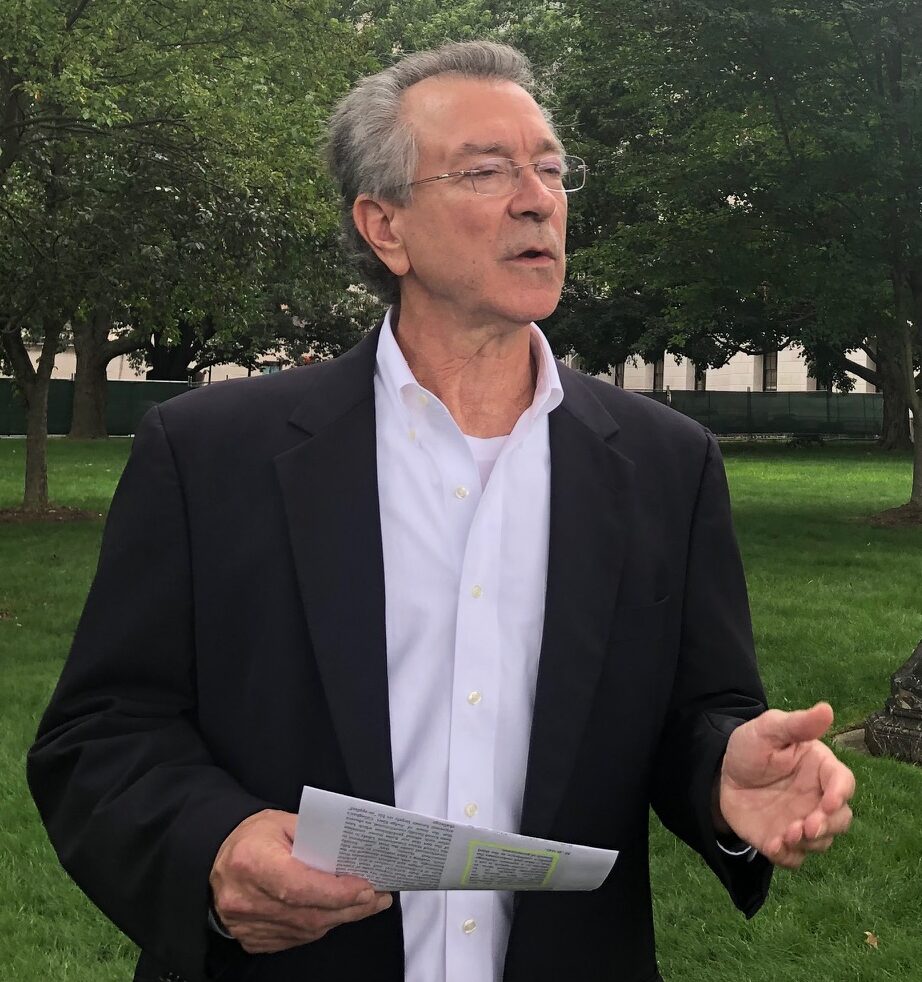 The statue has been in its current place since 1976. - Jake Flatley/wvmetronews.com

The front of the statue. - Jake Flatley/wvmetronews.com

The back of the statue. - Jake Flatley/wvmetronews.com

Swint said the statue, that was erected in its current position in 1976, does not stand for West Virginia values.

“This is a form of hate speech,” he told the media. “I believe that confederate statues were put up by those who were more intent on dividing our nation and a proponent of white supremacy.”

Confederate monuments have been coming down all over the United States in the past couple of years including Annapolis, MD, Richmond VA, Durham NC, and Louisville, KY.

Because of his West Virginia heritage, schools, resorts, and other places are named after him in the state.

Swint, a businessman, believes all of that should be changed.

“Hate is predicated on ignorance and fear,” he said. “I believe this is hate speech and should be taken down as should all the other statues and monuments to the Confederacy including the Stonewall Jackson Middle School in Kanawha County.”

Swint focused attention on Thursday on the motives of the United Daughters of the Confederacy and their role in the statue’s dedication.

“They were not grandmothers who were interested in sipping mint juleps and lying underneath the magnolia trees,” he said.

“Instead they were segregationists. They were opposed to the integration of our schools and they are an embarrassment to the state of West Virginia and our entire country.”

As for what should be done to the statue that was originally located on the state Capitol grounds in 1910?

“Rather than take it down and put it in a scrap heap we should be put in the darkest corner of the Culture Center in the basement,” Swint said.

“We should run 12 Years A Slave, the movie, in the background so everyone can see what they stood for and what they fought for.”

Swint said he hopes legislators will pick up on the idea and move it forward during the next regular session.