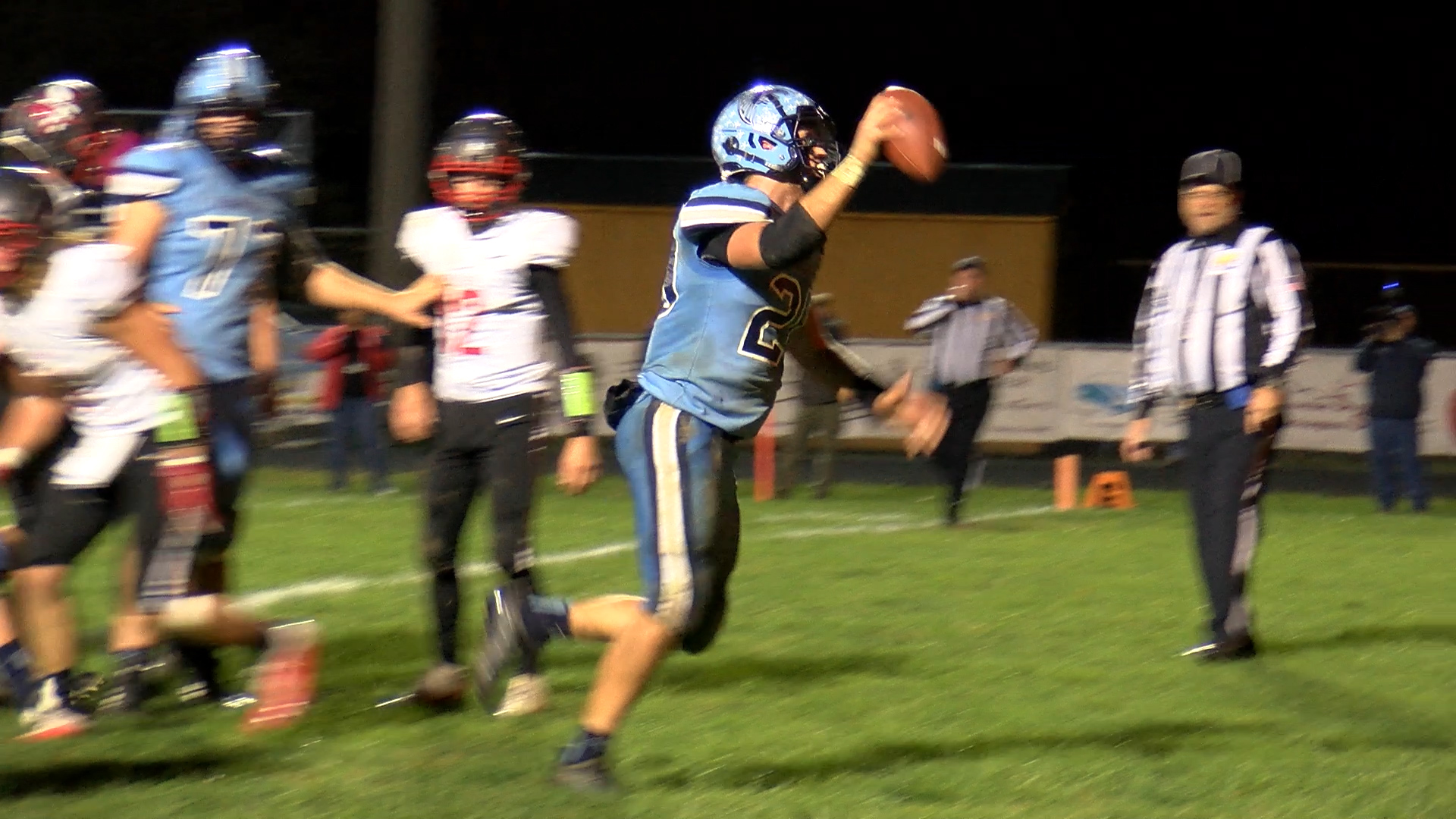 SHORT GAP, W.Va. — Frankfort scored touchdowns on their first five possessions of the game en route to a 42-20 win over Petersburg on Homecoming at FHS.

The Falcons received touchdown runs from four different backs (Jansen Moreland, Cole Hiett, Andrew Westfall and Brock Robinette) as they jumped out to a 28-0 first half advantage.

“We had a huge disappointment last week down at Washington,” said Frankfort head coach Kevin Whiteman. “I told the kids we had to come in with the throttle down against a good football team. We needed to come out and prove it and we did a good job tonight. I am very proud of them.

“We try to take what they were giving us but we feel like we have six quality running backs. We just tried to get a good rotation going and get them all involved in the game.”

Luke Robinette intercepted three passes for the Falcons, and returned the last 79 yards for a touchdown in the third quarter.

“For a sophomore, and he has done a great job all year, but to have three picks was huge.”

The Falcons (6-1) entered the game ranked third in the WVSSAC Class AA ratings and will have three tough tests to close out the regular season.

“I am excited about it. We are going to have three teams rolling in here, probably North Marion next week, then Oak Glen and Keyser. We have to focus on North Marion. They are a very good football team. It is going to be exciting.”

Cody Nuzum, Peyton Day and Jacob Perez had touchdown runs for the Vikings (4-2).