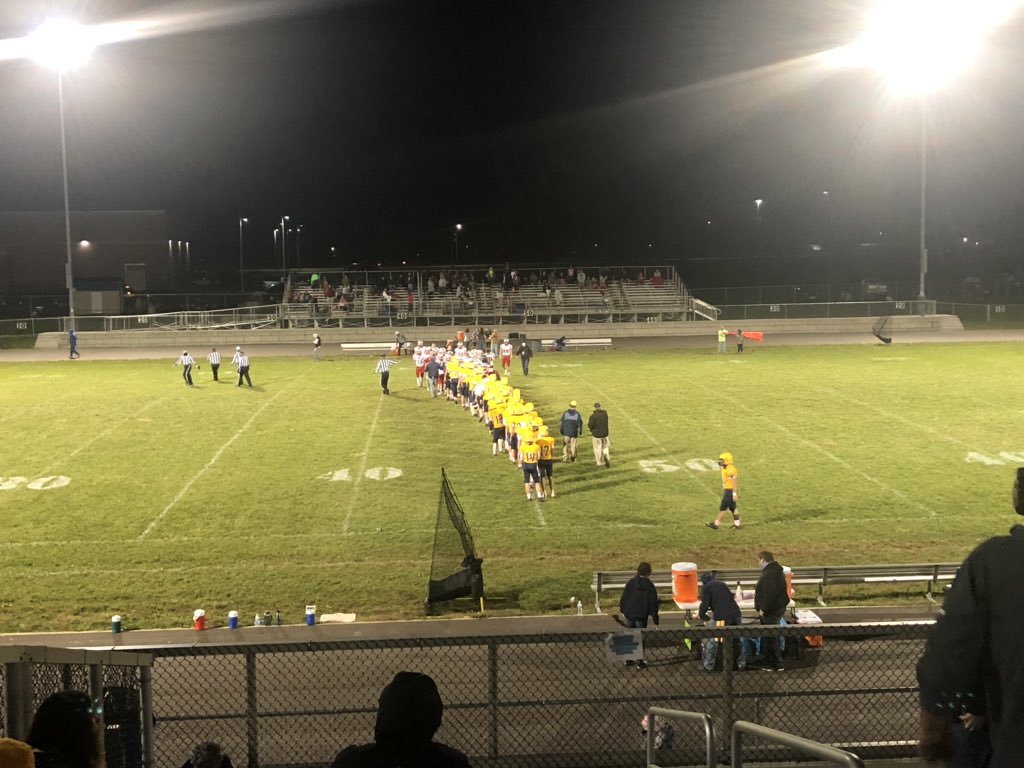 MORGANTOWN, W.Va. — A look around the high school football scene in West Virginia during the seventh week of the regular season.

The Timberwolves bounced back from their first loss with a 41-0 win over Oak Hill. Spring Valley (3-1) limited the Red Devils (2-1) to just 25 total yards while the Wolves racked up over 300 yards on the ground. Spring Valley also scored with an interception return and a punt return.

Morgantown racked up 594 rushing yards in a 55-21 win at Parkersburg South. New MHS frontman Sean Biser collected his first victory leading the Mohigans. Caden Biser and Davon Eldridge each had a pair of touchdown runs for Morgantown. The Mohigans forced four turnovers.

Kevon Warren rushed for two first-quarter scores and passed for another as Class AAA No. 6 Martinsburg posted its third straight lopsided win, 79-0, over Hedgesville.

The Bulldogs (4-1) have outscored their last three opponents, 216-27, since having their 57-game win streak snapped by Spring Valley.

Naieem Kearney also rushed for a pair of scores in the opening half, while Peyton Currey threw for three scores to send MHS into halftime with a 56-0 lead.

Maddox McMillen tossed a pair of touchdown passes for Beckley and he passed for 174 yards.

Liberty Raleigh quarterback Isaac Adkins had a touchdown pass and a touchdown run in the fourth quarter, helping the Raiders get past Scott 31-14. Liberty had 277 yards of total offense in the victory as they improved to 6-0. Entering the week ranked No. 4 in the WVSSAC ratings, Liberty Raleigh joined Frankfort as the only Class AA teams to reach the six-win mark.

The Payne brothers accounted for five of Poca’s six touchdowns in the Dots’ 42-7 win at Buffalo. Running back Ethan Payne found the end zone three times while tight end Toby Payne reeled in a pair of scoring throws from Jay Cook. Both teams are now 3-1.

Greenbrier West is the first team in West Virginia to reach the seven-win mark after a 64-12 win over Richwood. Noah Brown scored six touchdowns (five rushing, one receiving) to tie his own single-game record for touchdowns. Lawson Vaughan reeled in a touchdown pass and he has a scoring reception in four consecutive games. Kaiden Pack tossed a pair of touchdown passes.

With the win, Toby Harris surpassed Lewis McClung for the highest winning percentage as a head coach at GWHS (.688). Harris is 82-37-1 over two stints leading the Cavaliers.

Trail keeps pace atop Class A

Aden Isaacs rushed for a pair of touchdowns as Midland Trail collected a 38-13 win at Shady Spring. Robert Ruffner rushed for 112 yards for the Patriots as they upped their record to 3-0. Trail, ranked No. 2 in the WVSSAC Class A ratings will face Buffalo (3-1) and Greenbrier West (7-0) over the next two weeks.

The Blue Devils pulled away from Magnolia to collect their sixth victory, 41-7. Senior Tre Moss scored 3 touchdowns and rushed for 184 yards. Logan Rice had a touchdown reception. Jason Beisel had a touchdown run for the Blue Eagles.

Senior quarterback Brayden Modesitt tossed a pair of touchdown passes and ran for another score as Williamstown defeated Tyler Consolidated 41-6. Trevor Oates also had a rushing touchdown for WHS (5-1). David Throckmorton had the lone score for the Silver Knights.

Isaac Ball rushed for 277 yards and scored 4 touchdowns as Cameron defeated Clay-Battelle 44-21 in the Cee-Bees’ home opener. Cole O’Neil added a touchdown run for the Dragons as they upped their record to 4-3.

Jacob Shriver tossed a pair of touchdown passes for Clay-Battelle (1-1).

A week after suffering their first defeat of the year in a loss to Elkins, Tygarts Valley bounced back with a 30-0 win at Ravenswood. Daniel White rushed for a pair of touchdowns and 119 yards while Joshua Bright added a touchdown toss for the Bulldogs (3-1).