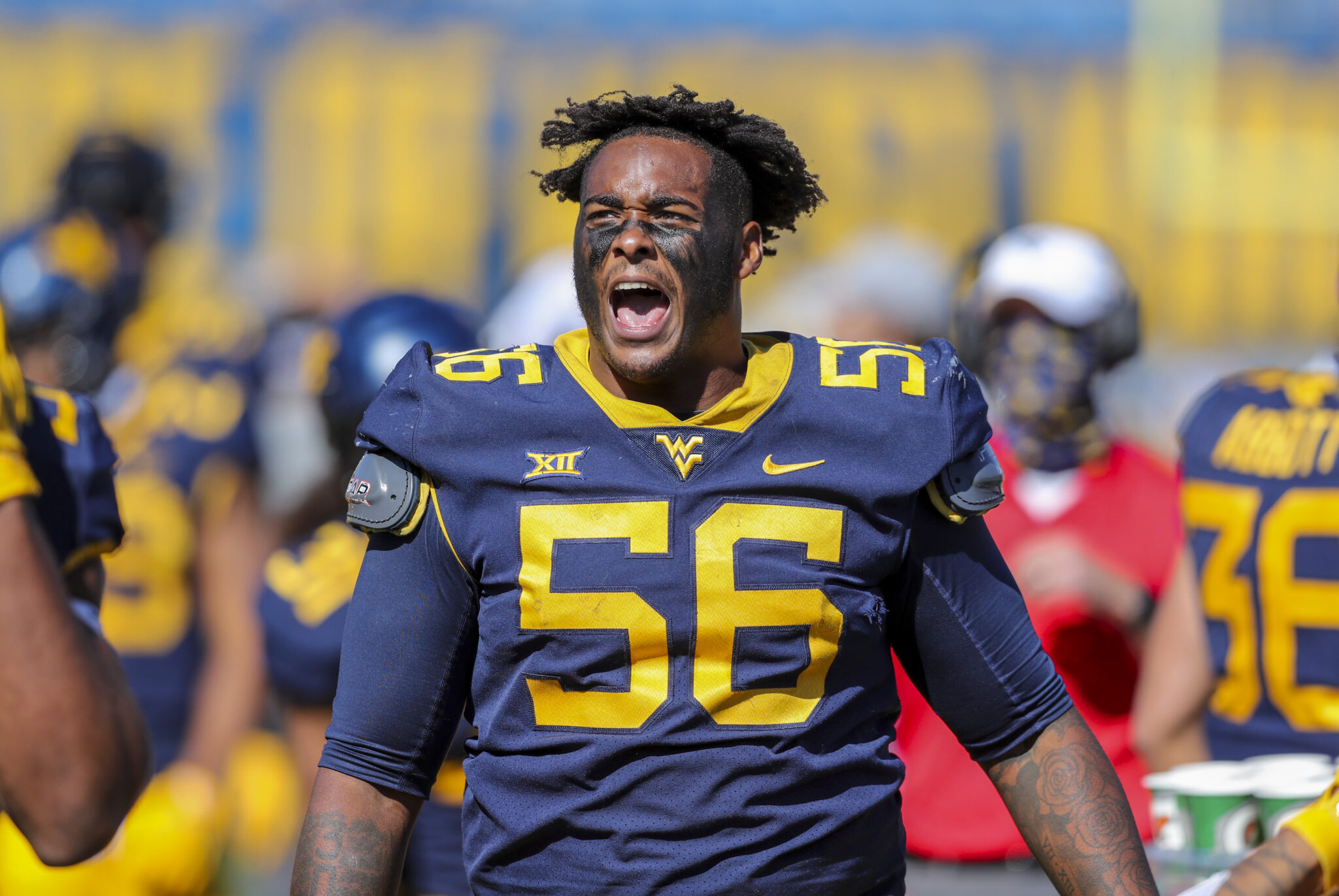 MORGANTOWN, W.Va. — For the second consecutive season, West Virginia has opened up with victories in three of their first four games. A 38-17 win over Kanas Saturday afternoon illustrated further improvements on a Mountaineer defense that remains statistically the best unit in the Big 12 through the first month of the season.

“The defensive success starts up front with our D-line,” said WVU head coach Neal Brown. “We’ve got some guys there that are doing a nice job and winning one-on-one battles. We are mixing it up with how we are getting to some of our pressure stuff. We aren’t wholesale pressuring but we are getting to some well-designed four of five-man pressures.

“And our linebackers, not only Tony Fields, Dylan Tonkery and Josh Chandler did a nice job today as well. They are playing with a lot of confidence. And they are playing extremely hard. And when you do that, and have that physical element, you are going to have success.”

West Virginia’s 21-point second half dulled the disappointment of a very slow start to the game where the Mountaineers turned the ball over twice in the first half and fell behind by ten points.

“We are still getting in our way a little bit with a few penalties and dropped passes,” Brown said. “But we averaged over eight yards a play. Our guys competed. They didn’t allow mistakes early in the game to overwhelm them. That’s a credit to our offensive coaches. I think they did a good job of keeping positivity with our guys.”

“The negatives were the drops,” Brown said. “The positives were that a year ago they probably wouldn’t have recovered from that.

“We made some difficult catches too. People don’t talk about that. If you look at it, I bet there were five or more contested catches and difficult-type catches they came back and made.”

“They definitely play us different,” Ford-Wheaton said. “We got a lot of man coverage today. A lot of the touchdowns we scored today were in man coverage. When the run game is working like that. they try to crowd the box and it opens it up for us.”

In twelve games last season, the Mountaineers rushed for just 879 yards as a team. In four games this season, junior Leddie Brown has toted the ball for 515 yards and 5 touchdowns.

“Coach (Chad) Scott always tells the running backs to practice like you play and do big league stuff,” Leddie Brown said. “That’s what our mindset is.”

“Leddie has gotten better as his practice habits have improved,” Neal Brown said. “He is, if not our best, in the conversation on Tuesday and Wednesday when it is a work day for us, he is working. He has high player load. He hits top speed. He is setting up his blocks regardless of whether we are going against our defense or scout team. Every rep matters. As his approach to practice and as his approach to taking care of his body has improved, so has his level of play.

“He is only going to continue to get better. He is in the conversation with a lot of the top running backs in our league.”

When Brown’s 87-yard touchdown burst effectively put the game out of reach, the coaching staff made an effort to get Alec Sinkfield involved in closing the contest out. Sinkfield scored his third touchdown of the year in the fourth quarter and he is averaging 4.9 yards per carry this season.

“We wanted to get Sinkfield going,” Neal Brown said. “We hadn’t done a very good job while he was in the game, not necessarily because he did a poor job, we just hadn’t done as good of a job with him in the game of blocking or getting him opportunities in space. After we hit the long run, we felt we were in control of the game and we wanted to get Sinkfield some touches. And we are very conscious of Leddie’s touches.”

After family-only crowds of less than a thousand in West Virginia’s first two home games, 10,759 fans made their way to Milan Puskar Stadium Saturday.

“It was still not as loud as it would be on a normal Saturday afternoon, or what we used to think as normal with sixty-thousand people screaming after a solid morning of tailgating. Here’s the thing — I am appreciative of the people that came.

“It looked like the crowd did a pretty good job of social distancing. When I looked up there they did a nice job of spreading out. Our hope is when we come back against Kansas State, whatever the local authorities allow us to have is, we will get to that number. We can create a really tough atmosphere here on Halloween.”