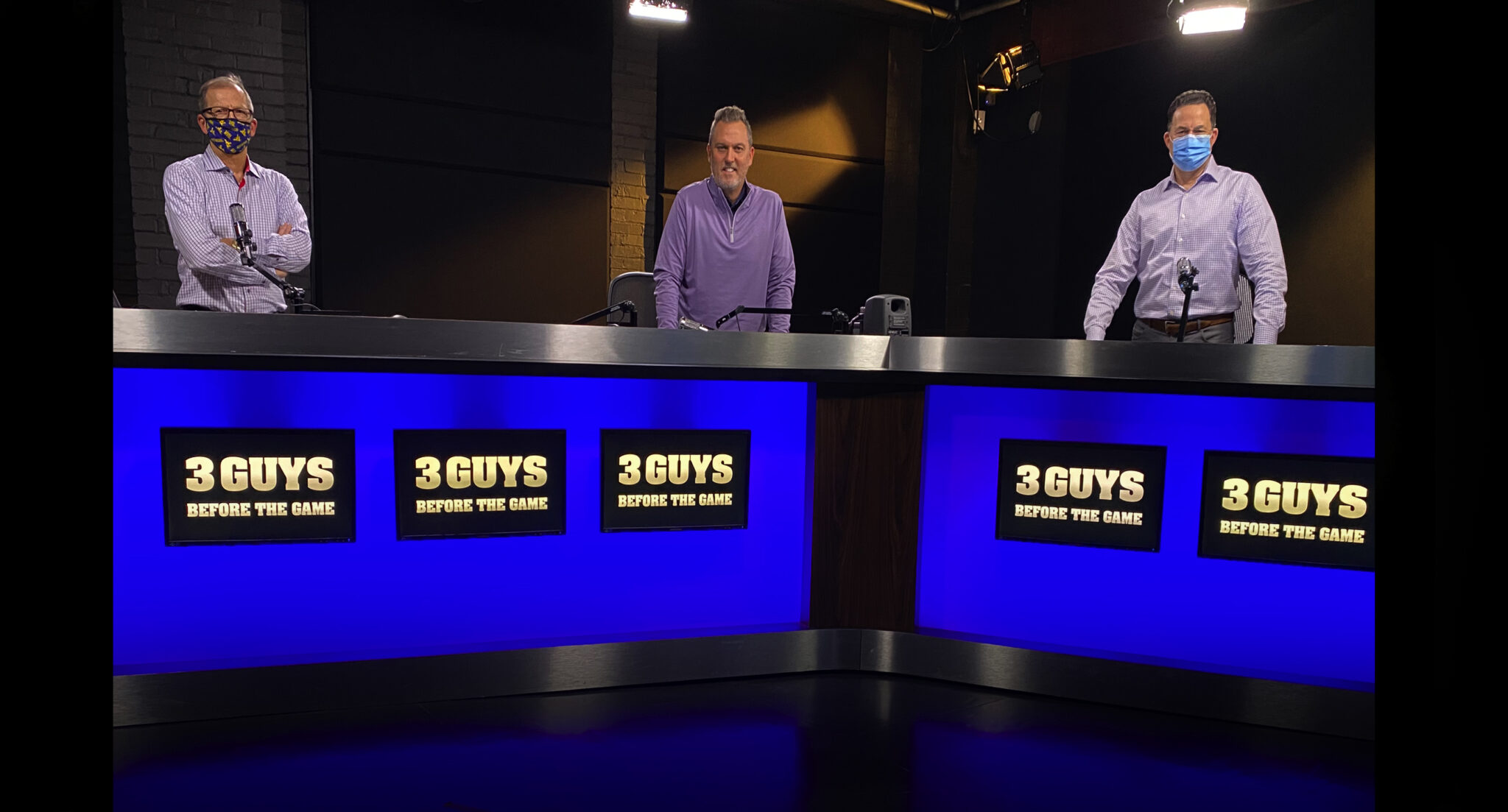 So what did we learn from West Virginia’s 38-17 victory over Kansas?

That’s the question the “Three Guys” pull apart on their latest episode.  West Virginia’s defense has ascended to number one nationally, the running game is morphing into a legitimate strength.  However, there’s still much work to be done.

Brad Howe reveals this week’s Pro Football Focus WVU grades and listeners have their say with Tweets, texts and a call.

Join the crew on Thursday for their  preview of this week’s game at Texas Tech.

Three Guys Before The Game is brought to you by Mardis Gras Casino and Resort, Wheeling Island Hotel-Casino-Racetrack and Burdette Camping Center. Look super spiffy by wearing Three Guys merchandise.