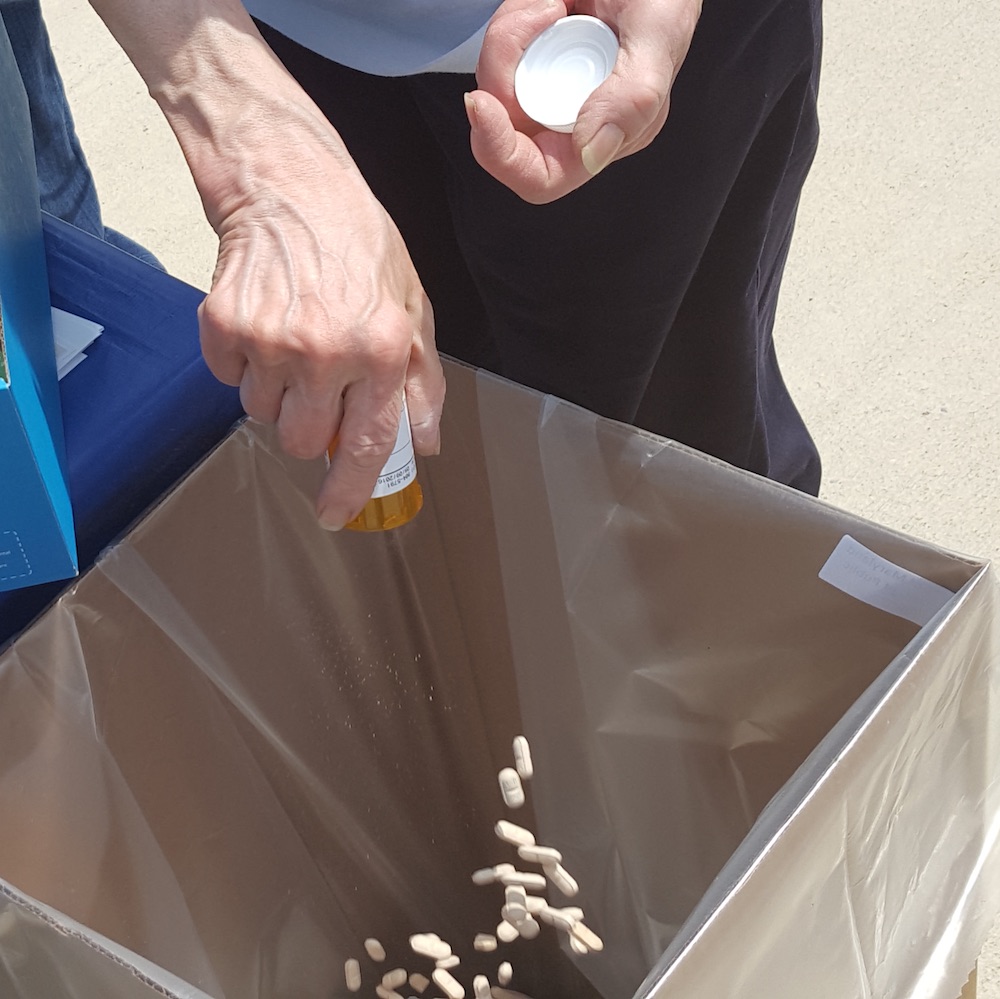 CHARLESTON, W.Va. — Saturday will mark the 19th National “Drug Take Back Day.” The event is sponsored semi-annually by the Drug Enforcement Administration all across America. Locally almost all law enforcement play a part.

“People will be bringing by their expired or unused prescription drugs and dropping them off. We’ll then safely dispose of them,” said Sgt. Dave Payne, Commander of the Public Service Division of the Charleston City Police.

The idea began many years ago as an way to give people an opportunity to get rid of old prescription medication which had accumulated in their home medicine cabinets. Many times there are leftovers from loved ones who have died or an abrupt change in medication. Sometimes people only take the drugs as needed and they are expired before they are all used. Whatever the case, having those in the home creates a risk.

Law enforcement officials say the presence of those unused prescription drugs elevates the potential for them to fall into the wrong hands or makes the owner a target for a potential break-in or robbery if it’s learned they still have the drugs on hand.

“A lot of times people just don’t know how to get rid of them,” said Payne.

“We’ve been sponsoring the Capitol pickup and helping out in many other places across the state. There are pickups in Morgantown, Williamson, Beckley, the State Capitol, Wellsburg, and Shepherdstown,” said Attorney General Patrick Morrisey.

Morrisey added his office also was involved in the disposal of the collected drugs.

“It’s overseen by the local law enforcement. They have to be trained by DEA and other sources so it’s handled just right. We were pleased to be involved in that. There are four regional incinerators and it has really helped a lot,” he said.

“Many people don’t know how to properly dispose of old medication. So, it is either disposed of improperly, which can seriously damage the environment, or not discarded, which can cause medications to all too often end up in the wrong hands,” said Northern District U.S. Attorney Bill Powell in a press release about the event.

“DEA is providing an important public service. I encourage everyone to get rid of their old and unused prescription medicine in the proper way. DEA is making it easier for all of us and I thank them again for this yearly effort.” he said.

For more information on DEA’s National Prescription Drug Take Back Day, and to find a collection site near you, visit www.deatakeback.com