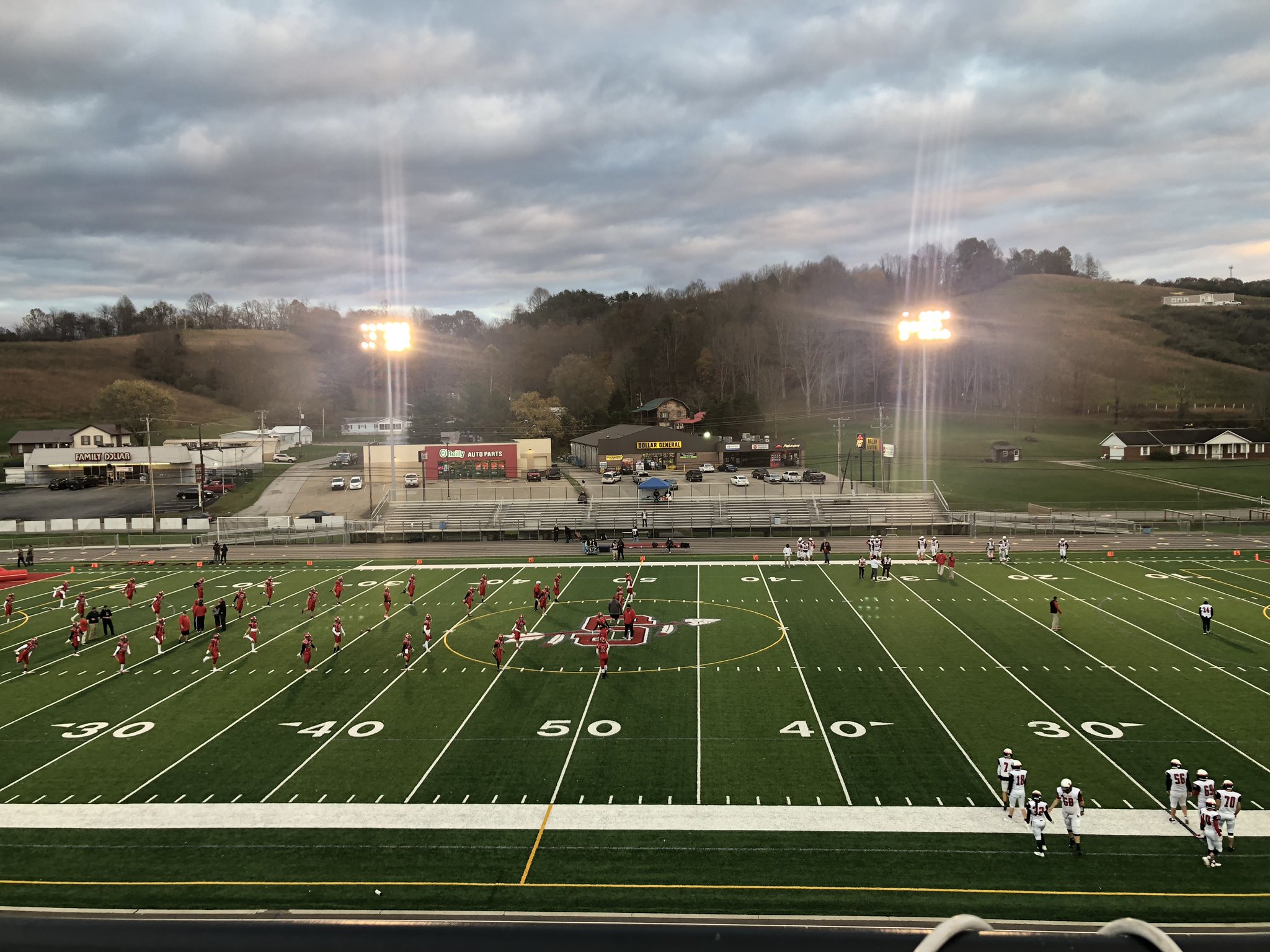 Sissonville improved to 5-0 with a win over St. Albans (Photo by Jake Flatley)

MORGANTOWN, W.Va. — News and notes from around West Virginia in the penultimate week of the regular season.

Sophomore quarterback Trey Dunn passed for 306 yards and six touchdowns as the Black Eagles rolled at Riverside, 56-8. Dunn also rushed for 61 yards and another score. Anthony Jackson and Shyleik Kinney each reeled in a pair of touchdown grabs. Donavin Davis and Jah’Den Estep also had receiving touchdowns. Mondrell Dean rushed seven times for 53 yards and a score.

South Charleston is 4-0 in the ‘Kanawha Bubble’ and is scheduled to close out the regular season at Woodrow Wilson.

Devin Gaines had a pair of touchdown runs for Parkersburg South.

Behind 336 passing yards and five touchdowns from Grant Cochran, the Class AAA No. 11 Tigers handled the 15th-rated Spartans, 56-14.

Princeton (5-2) is unbeaten against Class AAA opponents and they are scheduled to close their regular season against Hedgesville.

A long road trip proved to be no problem for Berkeley Springs as they defeated Ripley, 27-7. Gavin Barkley passed for 180 yards and two touchdowns. Peyton Thompson rushed for 240 yards and a pair of touchdowns for the Indians (3-4). Berkeley Springs has won three in a row. The Vikings fell to 5-3.

Sissonville will likely remain the top team in the WVSSAC Class AA ratings after defeating St. Albans, 34-20. The Indians outscored the Red Dragons 17-6 in the second half. Sissonville is scheduled to wrap their regular season at Roane County next week.

Atticus Goodson scored five touchdowns as Independence (5-2) posted their second consecutive win in dominating fashion, 62-8 over Lincoln County. The Patriots have allowed just 24 points in their five victories. They are scheduled to play a pair of games vs. Westside and Berkeley Springs in the final week of the regular season.

Michael sets mark as the Polar Bears double up Elkins

Gage Michael became the first Fairmont Senior quarterback to eclipse the 3,000-yard rushing mark. He did so in a 40-20 win for the Polar Bears (6-2) versus Elkins. The game was played at Tygarts Valley High School.

Michael rushed for 164 yards while passing for 212 yards and three touchdowns.

Senior quarterback Grant Krajeski passed for 160 yards and a touchdown as Clay County improved to 7-1 with a 24-8 win at Grafton. Elijah Payton also rushed for a score for the Panthers.

Tygarts Valley pulls away from Pocahontas, ‘Battle of the Bulldogs’ next

Joshua Bright passed for 190 yards and a touchdown as Tygarts Valley fought off a strong challenge from Pocahontas County to win 33-14. Caden Boggs also rushed for a touchdown for the Bulldogs.

Tygarts Valley (7-1) is scheduled to conclude their regular season at Doddridge County (5-1).

Cam Cole rushed for two touchdowns and threw a TD to Phil Reed to help the Indians improve to 5-1 and bounce back from their first loss of the season.

Hayden Moore added 86 rushing yards and a TD, while J.T. Muller and J.D. Love each contributed a rushing score as well.

Class AAA No. 9 Parkersburg got another strong performance from quarterback Bryson Singer to lead the way in a 37-20 win over Jefferson.

The victory, which was the Big Reds’ third straight win and allowed them to improve to 6-2, featured an 85-yard touchdown reception from Singer in the third quarter that made it 31-14 PHS.

Singer also added 113 rushing yards and two passing touchdowns, while Xadrian Snodgrass rushed for 134 yards and a pair of TDs.

Jefferson got 122 rushing yards and a TD from Evan Tewell to go with 230 passing yards from Sammy Roberts. Spencer Powell had 140 receiving yards and a score in the loss, which caused the Cougars to fall to 3-5.

Despite finishing with only 154 total yards, Point Pleasant improved to 4-2 with a 10-0 win over Winfield.

The contest was scoreless until 7:52 remaining when Joel Beattie’s 1-yard TD run gave PPHS the lead.

A 39-yard field goal from Hunter Bonecutter made it a two-score game.

Winfield finished with only 172 total yards.