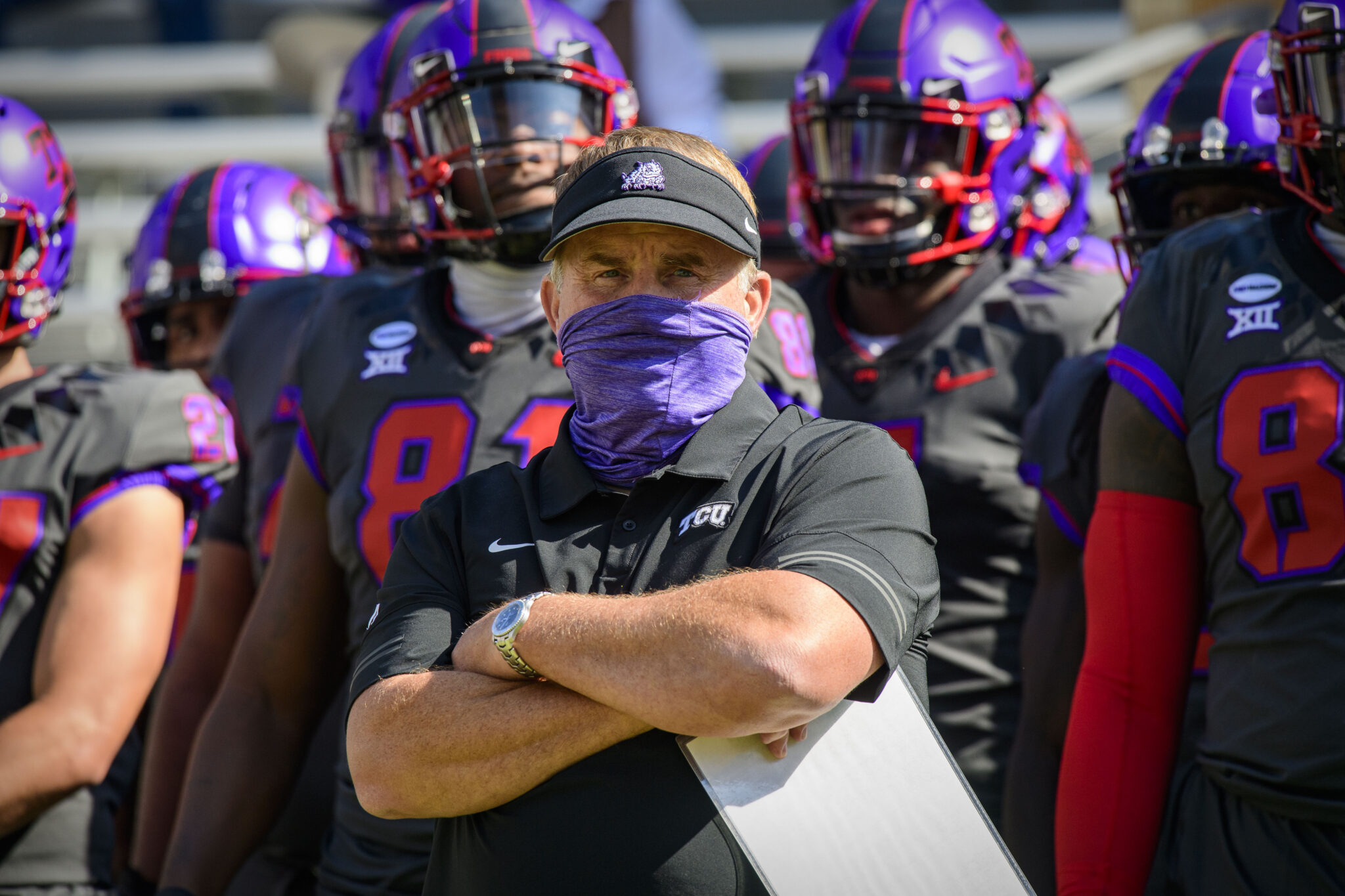 MORGANTOWN, W.Va. — Last fall, a season of transition in roster and coaching staff construction for the Mountaineers concluded with a 20-17 win at TCU. Although West Virginia finished one win short of bowl eligibility at 5-7, that victory denied TCU a bowl bid.

“Last year was a struggle for us,” said WVU head coach Neal Brown. “We weren’t very good for much of the year. Any win was major for us. That was a game that TCU didn’t play as well as they liked and we were able to take advantage of a couple things there.

“It was a good win for us. Anytime you win your last game and go into the offseason with positive vibes is definitely a big momentum step for us. It helped with some buy-in. It helped with recruiting.”

West Virginia has, statistically speaking, taken ownership of the best defense in the Big 12. They are allowing 271 yards per game, 40 yards better than second-ranked Oklahoma State. That title has often belonged in the TCU in recent years under head coach Gary Patterson.

“I think Gary Patterson is the best defensive coach in the country. I would say that if we weren’t playing him this week. I mean that over a long period of time, especially playing in this conference since 2012. It is really impressive. And I have a lot of respect for how he has run his program and what he has done in Fort Worth.”

“They have one of if not the best defensive line in the league,” Patterson said. “The Stills brothers, along with the rest of the group, they are a very physical group.

“They have played better at home. They have won an overtime game at home against Baylor. Then they got after Kansas State when they turned the ball over.”

Last season, WVU went 3-2 on the road in Big 12 games and were 0-4 at home. The script has been flipped this year with the Mountaineers now 3-0 at home in the league and 0-3 on the road.

“They have all been one possession games under four minutes,” Brown said. “We have been in position to win the games. I think a lot of it is that Oklahoma State and Texas are pretty good and really talented.

“I think we are handling the travel well. If we didn’t, I think it would show up in a bigger way because we have been right there in all three losses.”