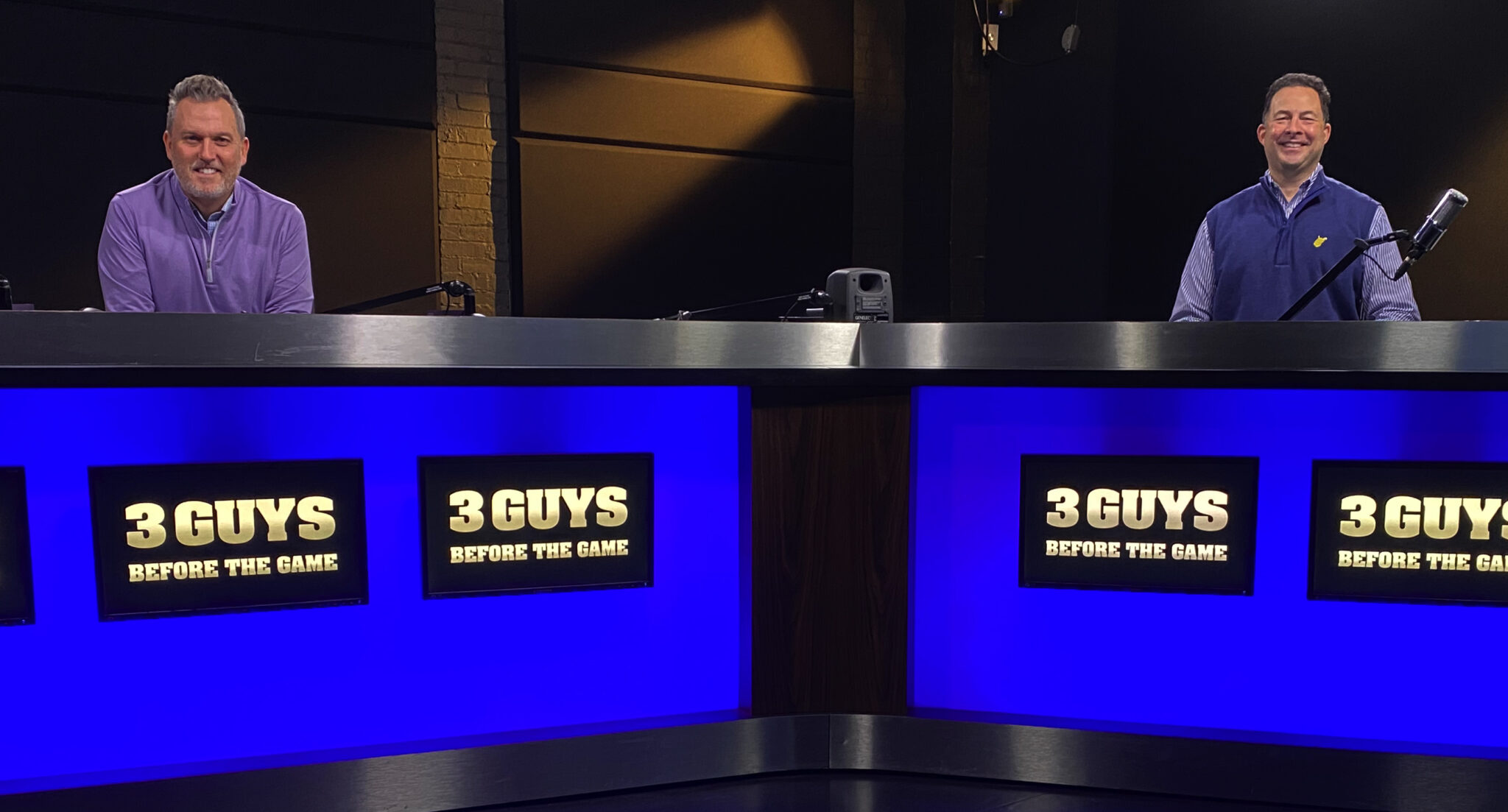 The Mountaineer football team hopped into a much-needed bye week with a resounding victory over the Horned Frogs of TCU.

Why was WVU so efficient in its dissection of the visitors from Fort Worth?  Should the Senator now be called Nostra-Howis?  How can WVU parlay their last performance into its last two games of the regular season?

Those are just a few of the questions discussed on an episode that also features listener texts and phone calls.

The “Guys” return Thursday with a combo show covering both football and basketball.  Bob Huggins’ team will open its regular season schedule next week.

Three Guys Before The Game is brought to you by Mardis Gras Casino and Resort, Wheeling Island Hotel-Casino-Racetrack and Burdette Camping Center. Look nifty by wearing Three Guys merchandise.