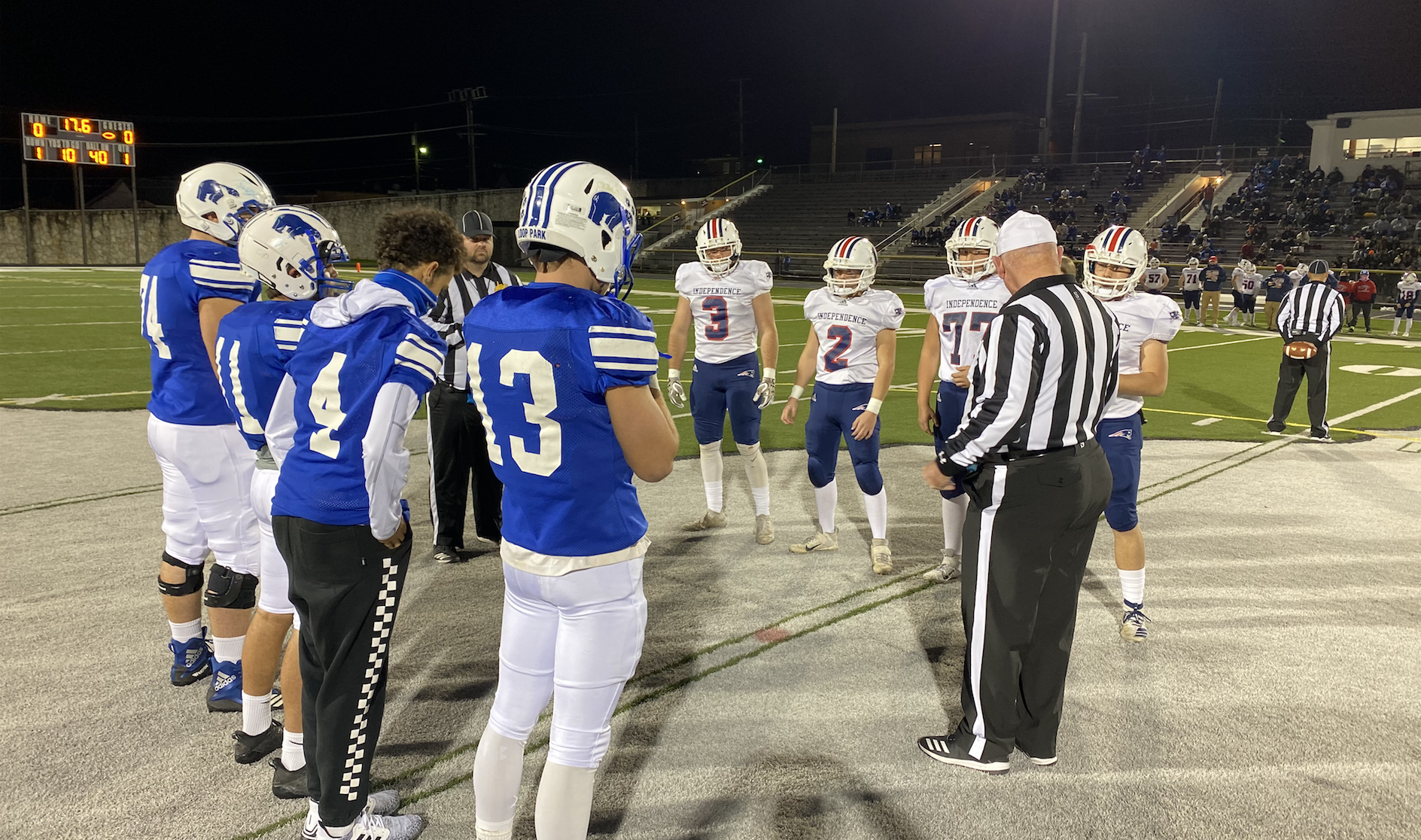 FAIRMONT, W.Va. — The No. 6 Fairmont Senior Polar Bears took care of business to set up a solid playoff rematch, as they defeated the No. 14 Independence Patriots 43-15. Senior quarterback Gage Michael has led Fairmont Senior to the place they were knocked off last year, and they will face the same opponent as before, Bluefield, hoping to lead the FSHS back to the state finals.

The first half got off to a slow start before Independence struck first on the scoreboard. Running back Atticus Goodson led the team down the field and was able to get into the end zone on a 3-yard rush twice — once for the touchdown, and another for the two-point conversion.

Fairmont Senior responded though, putting together a drive topped off by a quarterback sneak by Michael, and converting the two-point conversion themselves, tying the score 8-8.

In the second quarter, Fairmont Senior took the lead with a 60-yard touchdown pass from Michael to his running back Kieshawn Cottingham. The Polar Bears led 15-8 at halftime.

Though the Patriots put together a nice drive towards the end of the half, the clock ran out before they could score. Independence had a second chance to even the score, getting the ball first to start the second half. However, the third quarter proved to be the turning point in this game for Fairmont Senior. The Polar Bears outscored the Patriots 28-0. Three of the touchdowns belonged to Cottingham and one score by Koby Toothman. In the fourth quarter, Independence (5-3) was able to put up one more touchdown before their season ultimately came to an end in their first quarterfinal appearance since 1986.

The Patriots rushed for 194 yards passed for 43 more. Their leading rushers were Goodson and sophomore Judah Price. Goodson finished with 22 carries for 107 yards, while Price had 6 carries for 48 yards. Both finished with a touchdown.

As for the Polar Bears, they had 129 yards passing and 213 rushing. Michael led the way in rushing yards with 136 and a touchdown. He also completed 6-of-12 passes and added a touchdown through the air. However, the man who found himself in the endzone all the time was Cottingham. He had 10 carries for 48 yards and 3 touchdowns along with 2 receptions for 68 yards and another touchdown.

The Polar Bears advance to play a familiar playoff foe, the Bluefield Beavers. This has developed into a postseason rivalry as these teams have met the last 4 years in the latter stages of the playoffs. In 2017 and 2018, they met in the finals. Each team earned themselves a state title with the Beavers winning in 2017 and the Polar Bears avenging the loss a year later. Last November, Bluefield ended Fairmont Senior’s 26-game win streak in the semifinal round.

The semifinal matchup is set for Saturday, November 28 at 4 p.m. at Mitchell Stadium.