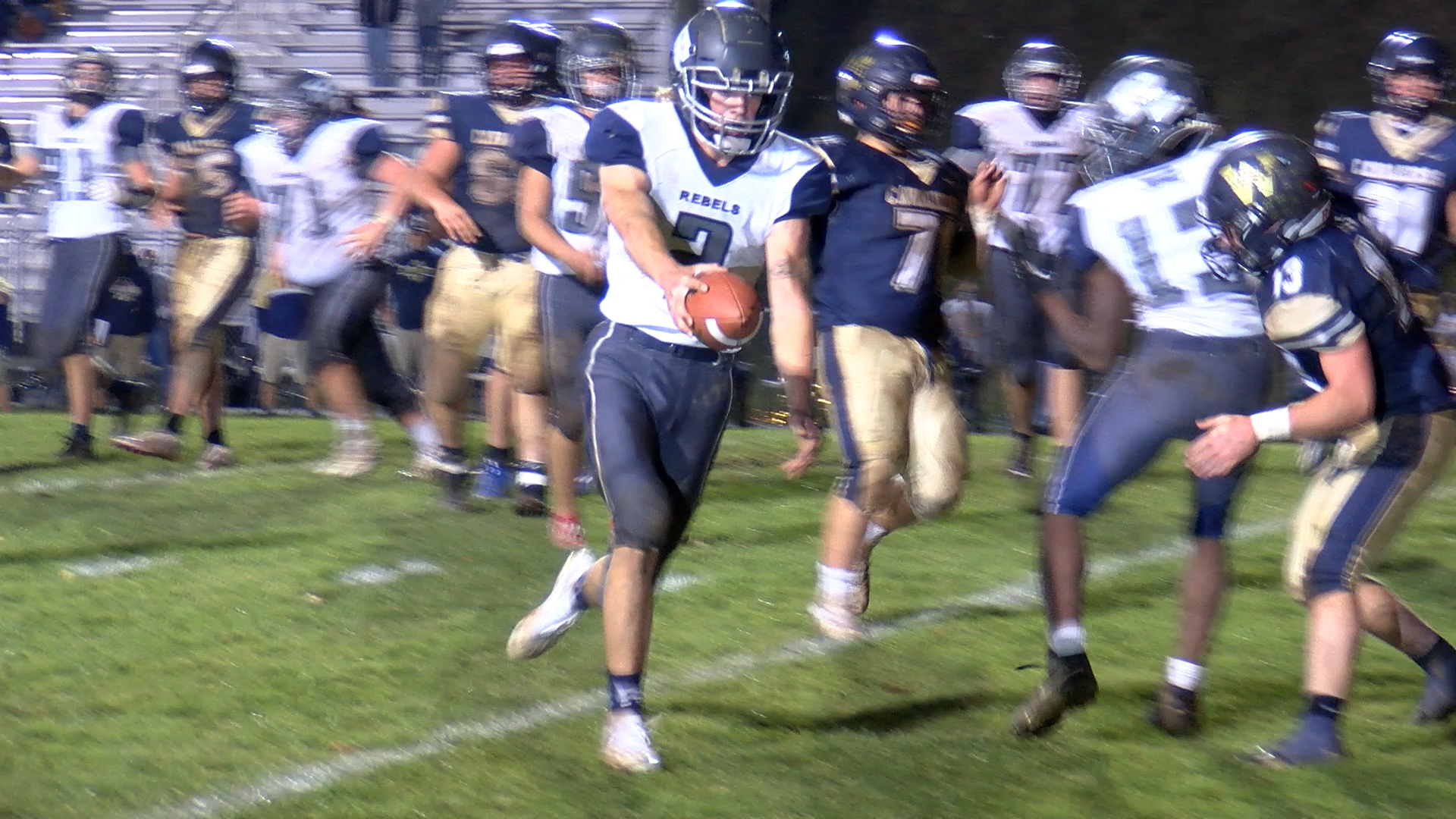 CHARMCO, W.Va. — Ritchie County junior Gus Morrison scored a pair of fourth quarter touchdowns to lift the No. 7 Rebels to a 38-29 win at No. 2 Greenbrier West in the Class A quarterfinals. Due to Sunday’s East Hardy-Tolsia quarterfinal being canceled by the state’s COVID metrics map, the Rebels automatically advance to the Class A state championship game.

“I am afraid to dream that far because with COVID, in two weeks we have to watch our own map, said Ritchie County head coach Rick Haught.

“I know a lot of people kind of thought Greenbrier West was going to be in the title game. I would hate to get this close and have such a big win like this and then come out flat in a couple weeks.”

“I won’t lie to you, we were down three kids, Graden McKinney went out and that was a key. So my play card was cut about in half. So they were doing everything they could to take Gus (Morrison) out of the game.

“We spread them out and I thought Ethan made some really nice throws and we had guys get open. Earlier this year, some of those throws were just a little bit long in those games we lost early.”

Morrision got cranked up in the second half. The state’s leading scorer in the regular season scored on a 22-yard pass from Haught, trimming the Rebel deficit to 23-22. Pack answered for the Cavaliers (9-1) on a 1-yard sneak to give West a 29-22 lead at the end of three quarters.

Morrision however scored on fourth quarter touchdown totes of 23 and 25 yards and the Rebels cashed in on the two-point conversion attempts to win by nine.

Ritchie County’s defense did not allow a point in the final fourteen minutes of the game.

“Coach (David) McCullough did a nice job. He was in there at halftime and he looked it over and we kind of went to a different front and our kids just kept plugging.”

Ritchie County will play in the Super Six for the first time. The Class A championship game is tentatively scheduled for Saturday, December 5 at 7 p.m. in Wheeling. The Rebels were the only playoff team statewide to play a complete ten-game regular season schedule.

“Because of the year that is is, because of our conditioning, the fact that this is our twelfth game (10-2), I think conditioning took over in the fourth quarter.”