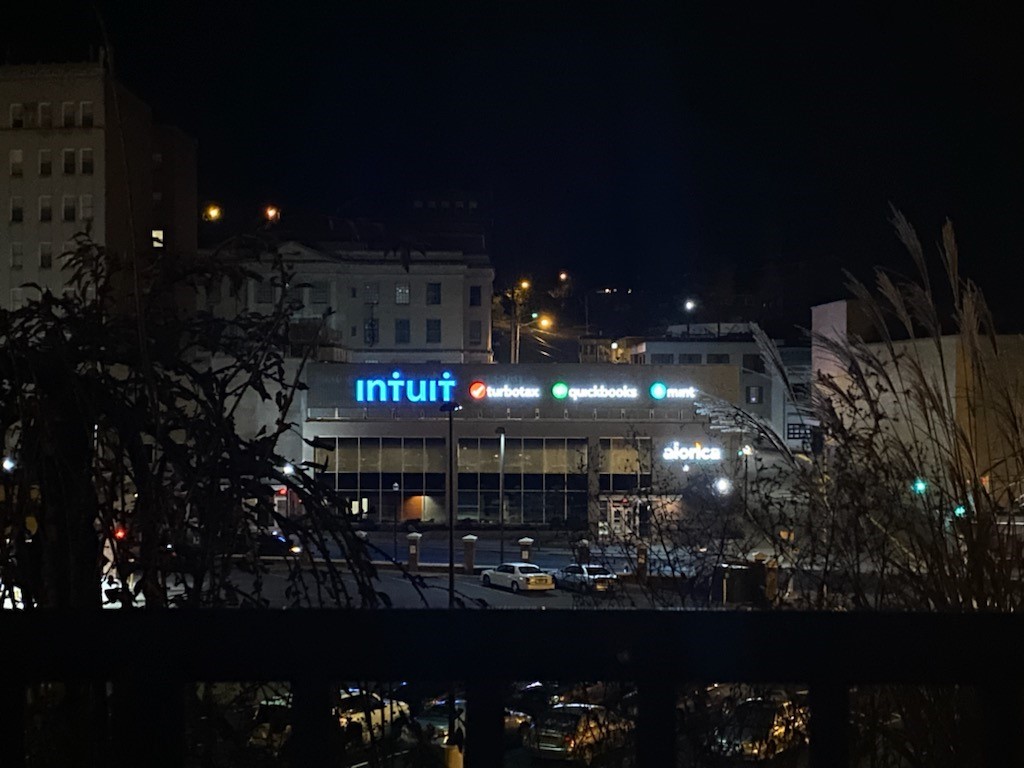 BLUEFIELD, W.Va. — If you’ve taken a drive through downtown Bluefield in the past few months you may have noticed the city has taken on a new look and city officials hope it’s just the start.

West Virginia’s largest town closest to the border of Virginia received a big boost in March 2019 when Intuit, the business and financial software company, chose it as the company’s next location for one of its prosperity hubs.

Three floors of the former Summit Bank building on Federal Street have been transformed for Intuit’s permanent home.

The company working through its partner Alorica set up temporary shop in the former AAA building but when COVID-19 hit the workers, about 170 of them, began working from home. Spencer hopes the move to the old bank building will take place early next year.

“Everybody right now is wondering how COVID will affect the future. Some of that is up in the air as far as how they will resume bringing folks in,” Spencer said.

The workers based in Bluefield provide daily assistance for customers purchasing Intuit’s QuickBooks and Mint products. Alorica manages the operation.

Spencer said the company should have no problem spacing out workers once they decide to use the newly renovated space on Federal Street.

“The work stations are about four or five feet about and I’m sure they’ll have protocols to protect their employees,” Spencer said.

He hoped from the beginning that Intuit’s decision to come to Bluefield would bring other businesses downtown and it’s already happening.

“We had a meeting last year at about this time called the ‘Intuit Affect.’ We wanted to know how we could take advantage of this opportunity to leverage and bring in other industries,” Spencer said.

They decided to start providing entrepreneurial training. They’ve done so in person and in an online partnership with Santa Clara University.

“Since June we’ve had 63 people that have enrolled in these entrepreneurial classes and we have 10 graduates and those 10 graduates are interested in starting a business. In the last 60 to 75 days we’ve had five new businesses start up in Bluefield,” Spencer said.

The goal, according to Spencer, is to create a new economy in Bluefield by focusing on three areas; helping existing businesses, entrepreneurship training and recruiting new businesses.

“A lot of folks in economic development want to go out and do what I call ‘whale hunting.’ They are looking for that big Intuit, the next big project, things like that, and that’s good but you need a balanced approach, taking care of existing businesses and doing some economic gardening with those folks who want to start a business,” Spencer said.

The local development group has also been offering training on how investors can take advantage of Opportunity Zones created by the 2017 federal Jobs Act.

“We brought in a team of consultants who are experts in it,” Spencer said. “It’s an investment tool, a job creation tool but it can also address things like housing. We are going after those who have unrealized capital gains to invest,” he said.

“We’re excited about this. Number one it will provide an enhancement in healthcare, but number two it’s going to be an attraction to bring folks to downtown Bluefield,” Spencer told WVVA Television.

Bluestone Health hopes to open the center next summer.

“No one wants to live in an area that doesn’t have quality health care,” Spencer said.

Spencer told MetroNews Intuit and Alorica are the key to future development. It said once the move in is complete there will be room to expand.

“Eventually the goal is to be 360 (workers) to 400 based on the size of the building,” he said. “Our goal is for Intuit and Alorica to be so happy that there’s a chance to expand to other job creation projects here in Bluefield.”