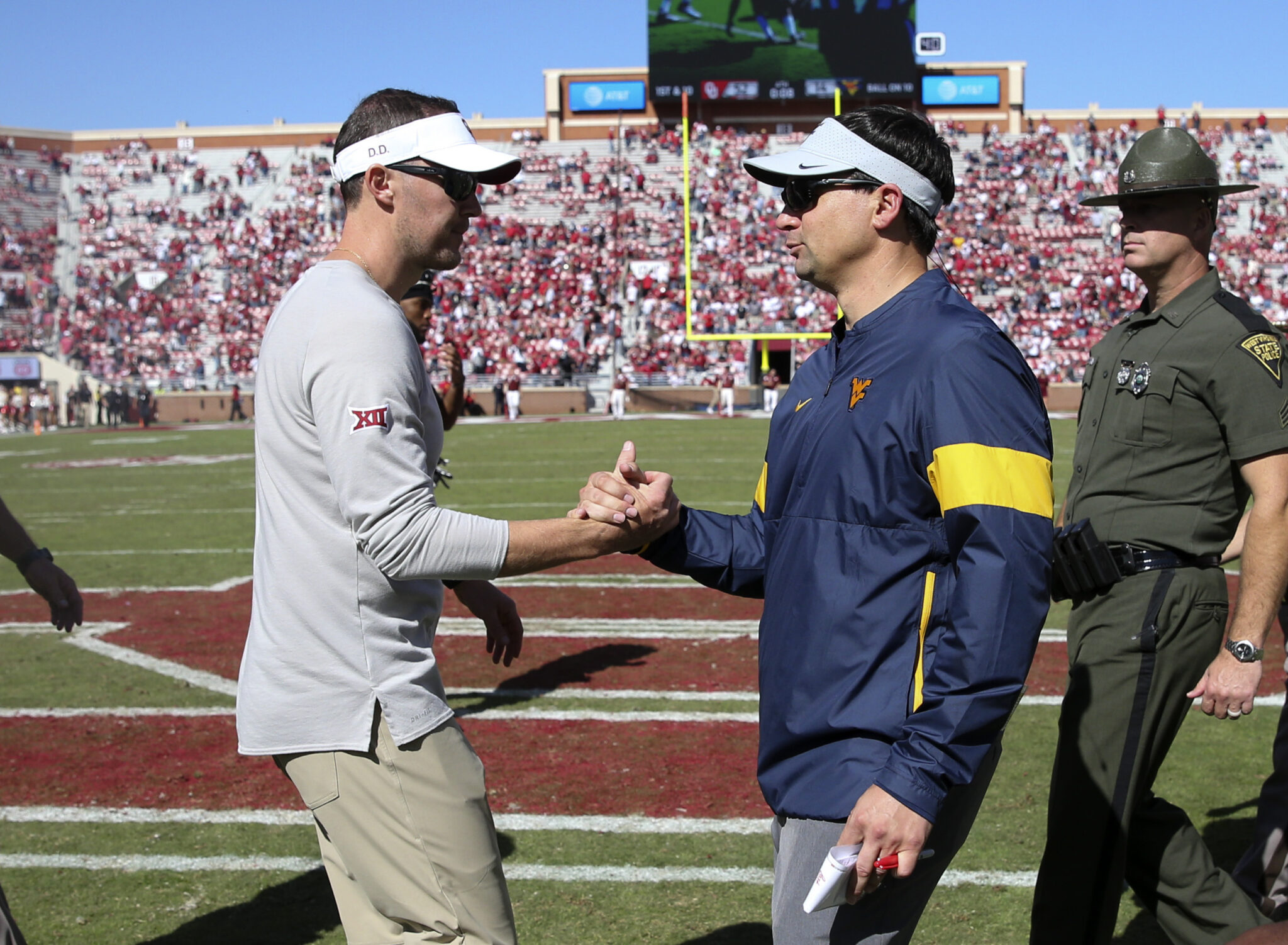 MORGANTOWN, W.Va. — Oklahoma faces an uphill battle to return to the College Football Playoff and that path likely includes a spate of upsets in other ‘Power 5’ conferences. After back-to-back losses against Kansas State and Iowa State to open up Big 12 play, the Sooners have won five in a row and throughly dominated Oklahoma State, 41-13 Saturday night in Norman.

“They definitely are playing their best football here in the last month,” said WVU head coach Neal Brown. “Some of that is Spencer Rattler maturing. A freshman quarterback with that talent he has, he is going to improve and he definitely has.

“They are playing as good as any offense in the country right now. Are they better than last year? I don’t know. They were pretty damn good last year too.”

The Sonners are averaging 50.2 points per game in their five-game win streak. Much of that damage has come in the first quarter. Brown had the stat readily available during Monday’s Big 12 teleconference.

“They are 124-17 in the first quarter. I don’t know if I have ever seen that. They get explosive plays early. They are able to mix it up and are a little different every week. And their speed is at a different level than other teams you play week in and week out.”

“I think it is just really good pregame and halftime speeches,” said Oklahoma head coach Lincoln Riley. “That’s a joke, trust me. You guys know I don’t believe much in those. We have played well early, which has been a strength of this team the majority of this season. I was proud honestly how we played in the fourth quarter the other day.”

Oklahoma’s defense has made strides as well during the second half of their schedule. They have yielded 14 points or less in 3 of their last 4 games.

“Their front four is imposing,” Brown said. They are probably the best from four in our league. Ronnie Perkins on Saturday night played at an elite level.

“And I think their corners have steadily improved as they have gone on and they have been able to play more man coverage. I think that has benefitted them as well.”

Brown is seeing positive signs that linebacker Josh Chandler-Semedo could return to the lineup after missing the TCU game due to injury.

“He ran last week and he is going to practice the early part of this week,” Brown said. “We are hopeful. Not yet ready to say he is a go but we are hopeful.”

West Virginia’s regular season finale at Iowa State on December 5 has been designated with a six-day window by the Big 12 Conference, meaning that the kickoff time and television designation will be announced this coming weekend.