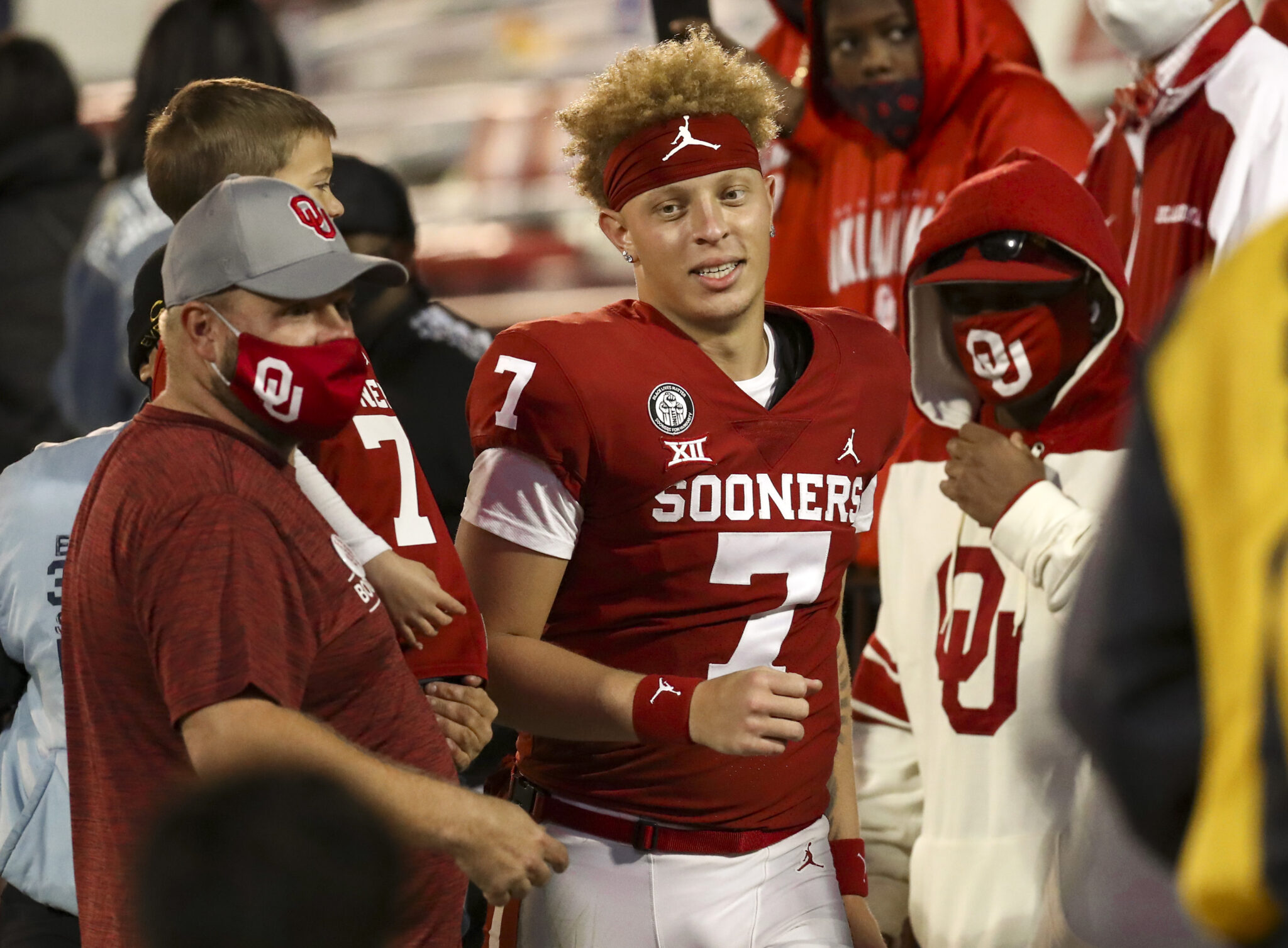 MORGANTOWN, W.Va. — Oklahoma remains the one team that West Virginia has not been able to conquer since joining the Big 12 in 2012. The Sooners have had their way against the Mountaineers in eight consecutive meetings. Most notably, OU’s last visit to Morgantown on Thanksgiving weekend in 2018 bolstered the Heisman resume of Kyler Murray and denied the Mountaineers a spot in the Big 12 title game as the Sooners prevailed 59-56.

The five-time defending Big 12 champions control their own destiny for a return trip to the conference championship game on December 19. West Virginia stands in their way Saturday night in a primetime matchup on ABC.

“It is a Saturday night game at Mountaineer Field and it will be the first one that I have had the privilege to coach in. We haven’t played a night game, period, in two years. Our guys are excited about that. And I hope our fans, whatever number we can get in here, I hope they will show up. And not only show up but be loud and create atmosphere.”

“You’ll have a little bit more adrenaline going at the beginning of the game,” said WVU quarterback Jarret Doege. “I think once a couple of plays are played, that kind of wears off and it turns into a normal football game. But it is obviously exciting to play at night under the lights. I wish all the fans could be there. But to me it is going to be a normal game.”

After a stretch of five games in five weeks, the Mountaineers are coming off their final bye week of the regular season. WVU defeated TCU 24-6 on November 14 in their best defensive effort of the season.

“We are definitely more rested and healthy than we were heading into the TCU game. We were a tired group. We played hard but we had to adjust some things as we went through the week. Last week was more about rest and recovery. We got some work done on Oklahoma but not a ton,” Brown said.

“As much as anything, we got to clear our minds mentally. Because we have not only Oklahoma but Iowa State and finals and all of those things coming up.”

The bye week was timely for junior running back Leddie Brown. Brown is averaging 24 touches a game this season and accounted for 164 yards on 25 touches against the Horned Frogs.

“I think Leddie feels good,” Brown said. “He will practice at full strength this week. The bye week came at a really good time for him. He played and played well against TCU, he just didn’t have that extra gear. I feel like a couple of those runs where he broke out, he had a chance to go score a touchdown if he was fully healthy.”

“As a runner comparable to other guys in this league, the thing (Rattler) does better than everybody else up to this point that we have seen is how he throws when he is on the run,” said WVU co-defensive coordinator Jordan Lesley. “In the run game, he does enough to keep you honest. But when he does either a designed run and then throw and break the pocket due to pressure, his accuracy on the run is the best we have seen to this point.”

“What it seems like to me is that he is someone who is more comfortable,” Brown said. “He is playing more within the system. He still is able to create and extend plays but he doesn’t look like he is forcing the ball into some bad situations.”

Since allowing 45 points to Texas in a quadruple overtime victory on October 10, the Sooners are allowing 16 points per game. They held Oklahoma State to just 13 points Saturday night in the Bedlam game.

“What concerns us the most is their ability to change fronts, to shift the front, the angle and penetrating aggression of the front. Those things are the concerns and the things we have to scale down and have to fight back against,” said WVU offensive coordinator Gerad Parker.

“Our offense is going to have to fight against allowing them to be as penetrating and disruptive, pre and post-snap.”

During a normal year, players would be hosted for pre-Thanksgiving dinners at homes of their position coaches in addition to the regular team celebration. This year, the Mountaineers will gather on campus Thursday while socially-distanced.

“They eat well all the time,” Brown said. “But they will eat well this week. We have been doing all of our team meals in the IPF (Caperton indoor practice facility) and spreading out. We have eight-foot tables with two guys at each table and facing opposite ways. So we’ll do that on Thanksgiving. We will have a traditional Thanksgiving meal for the guys Thursday after practice.”