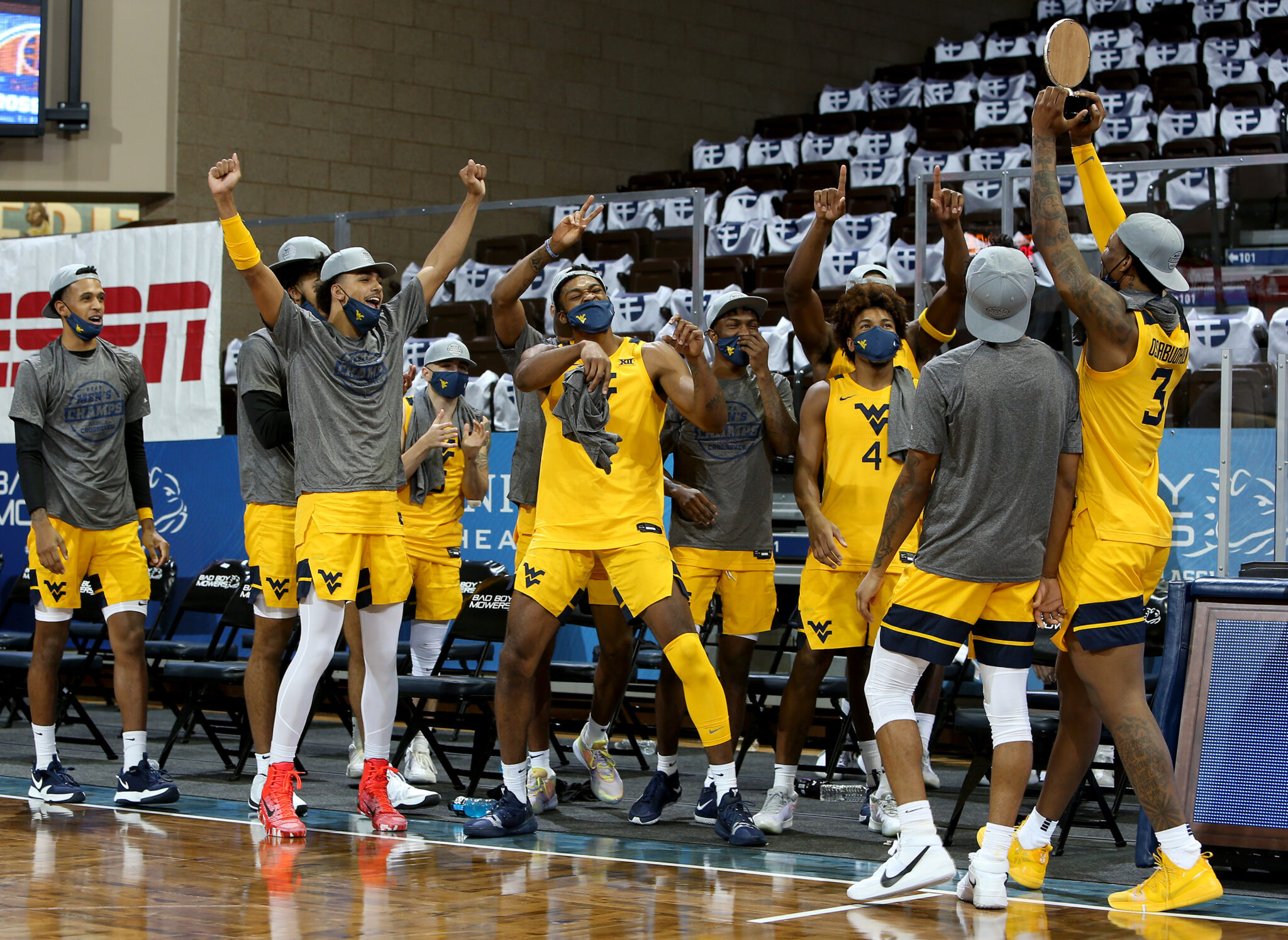 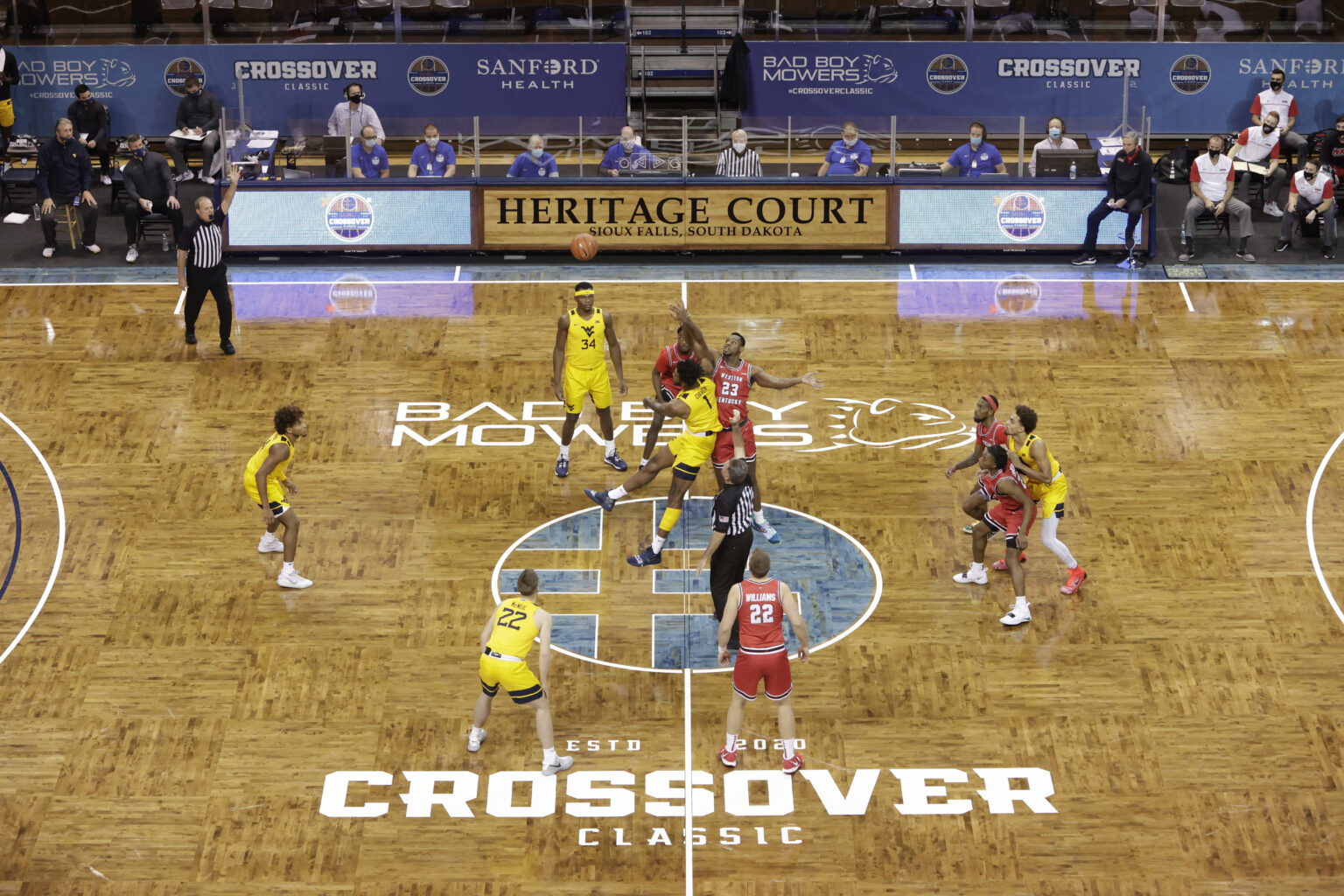 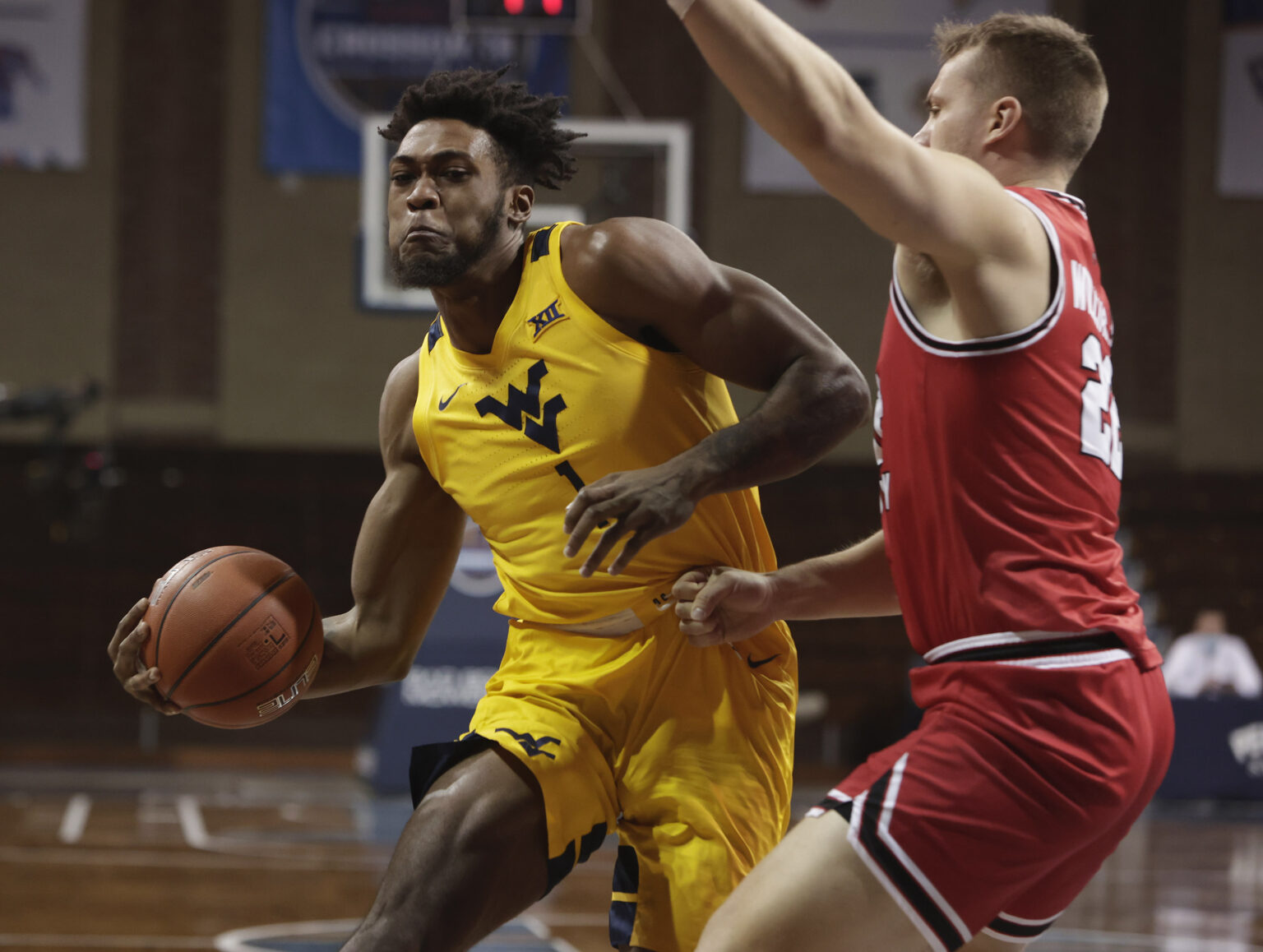 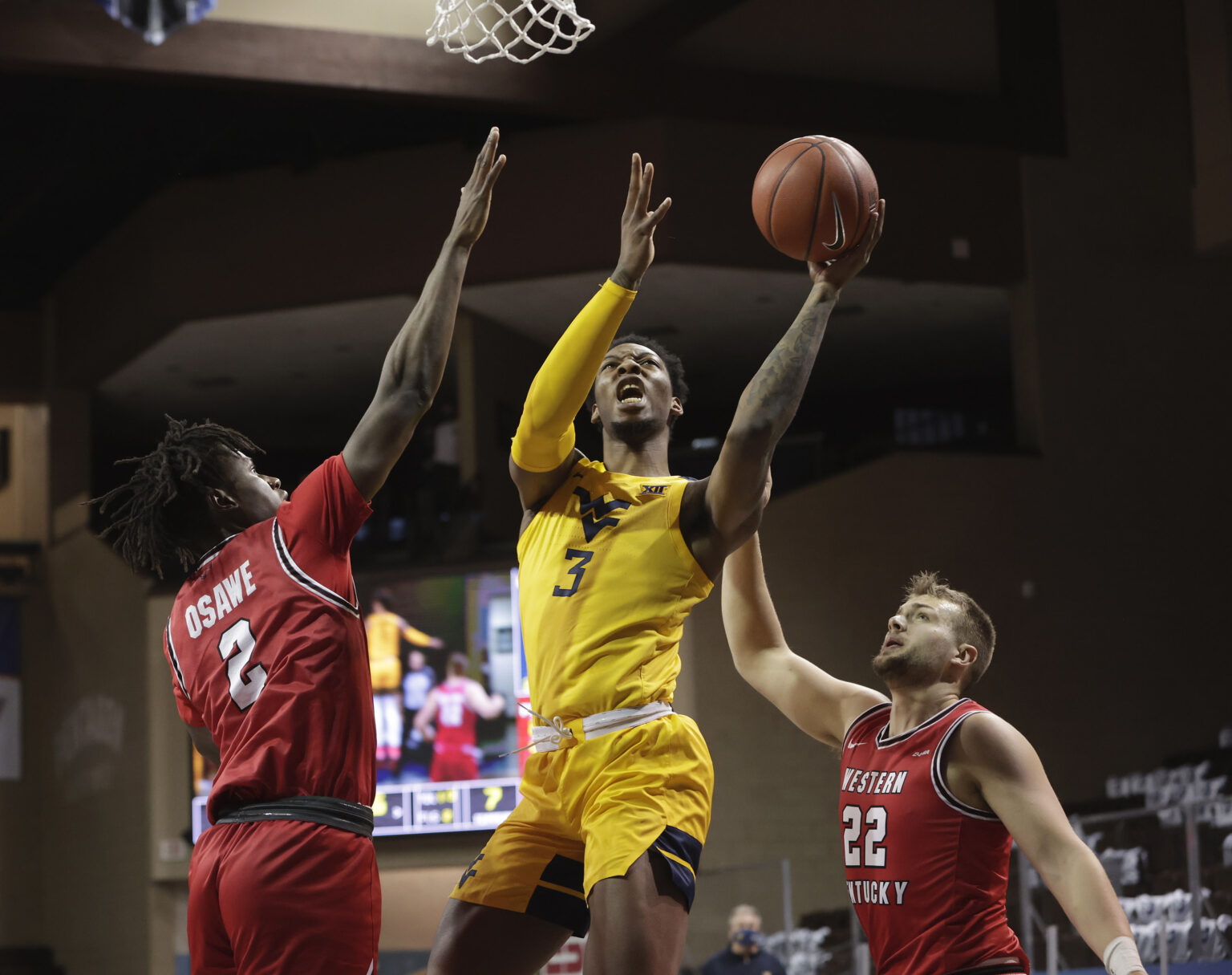 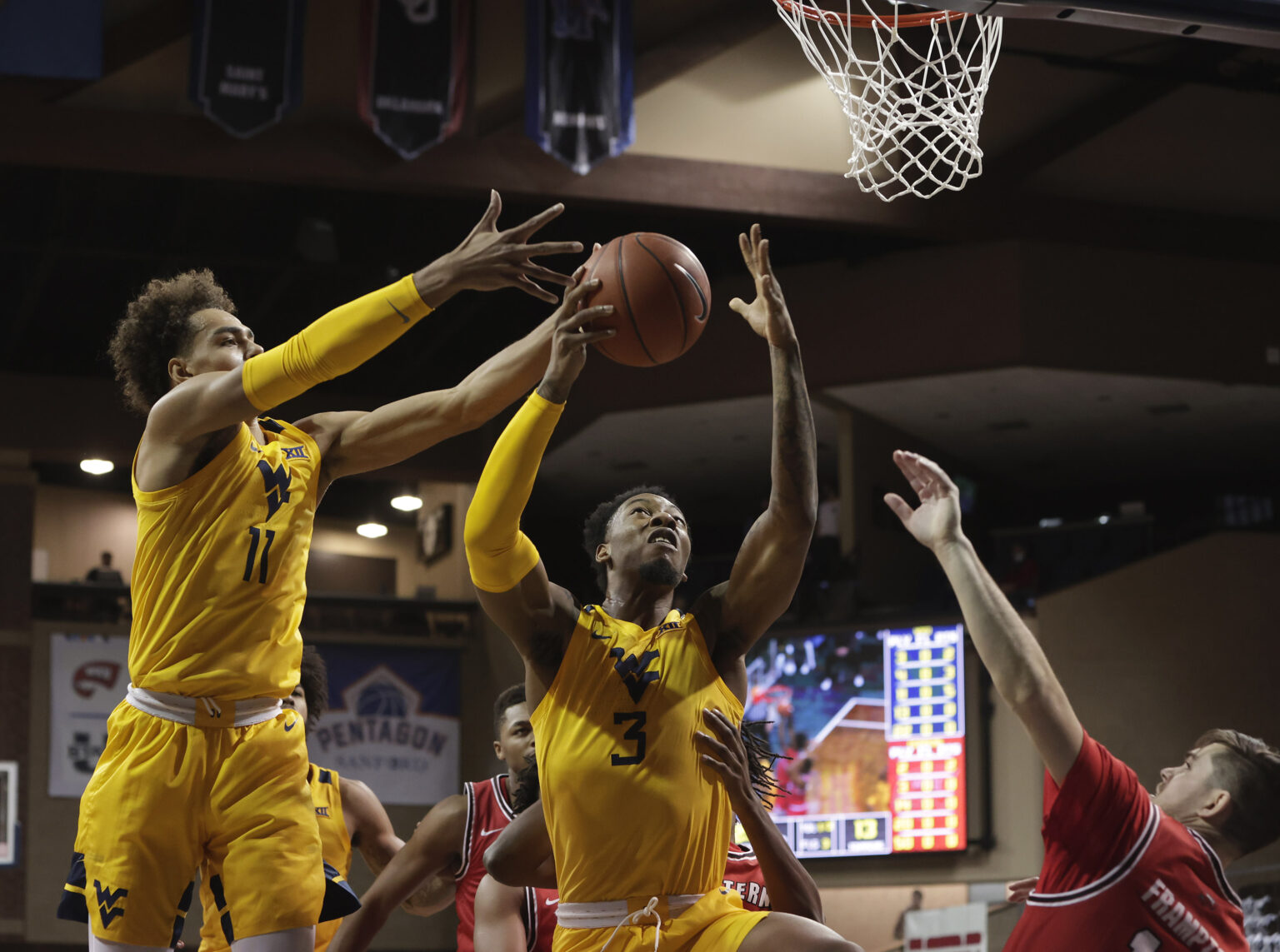 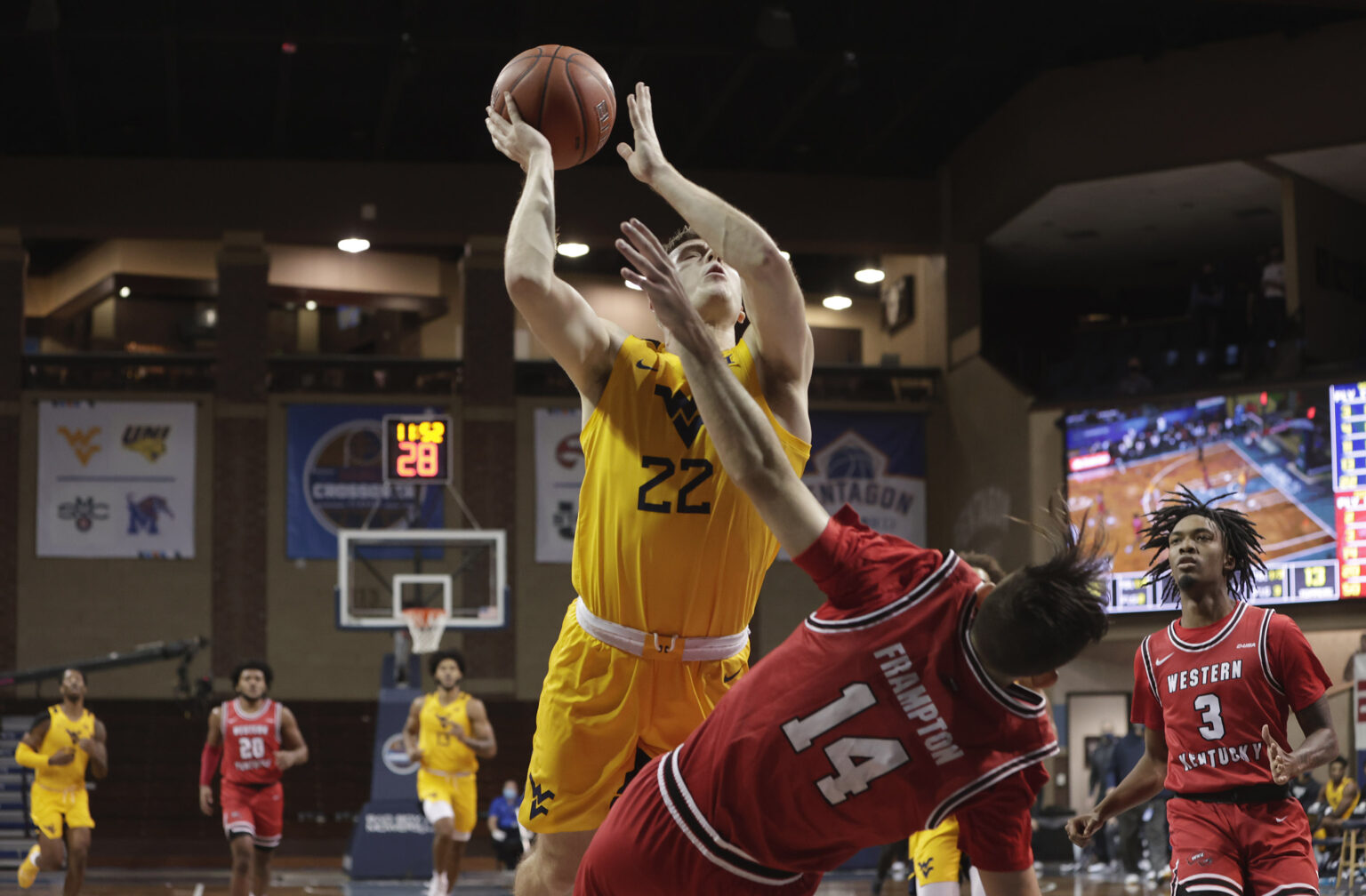 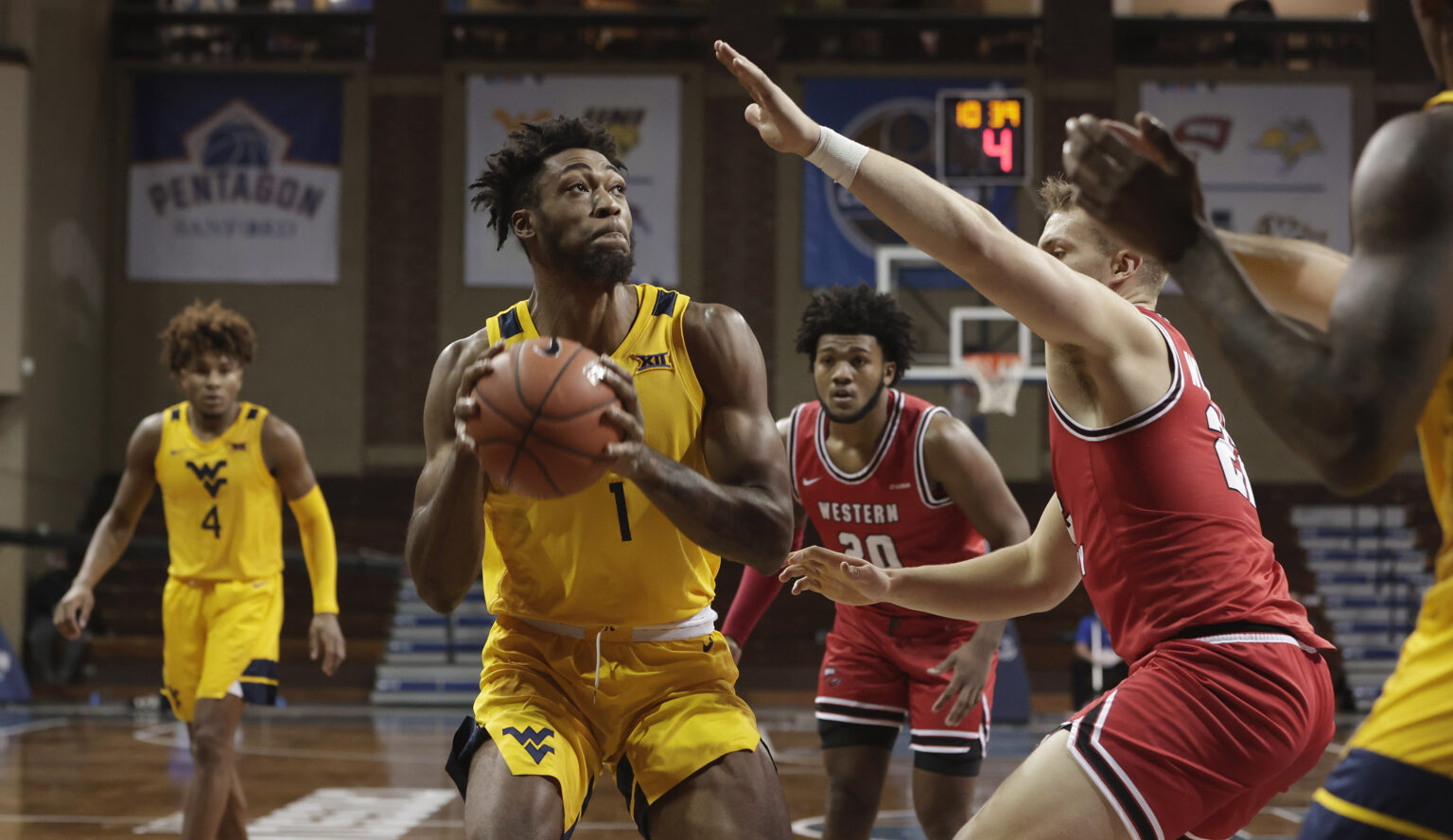 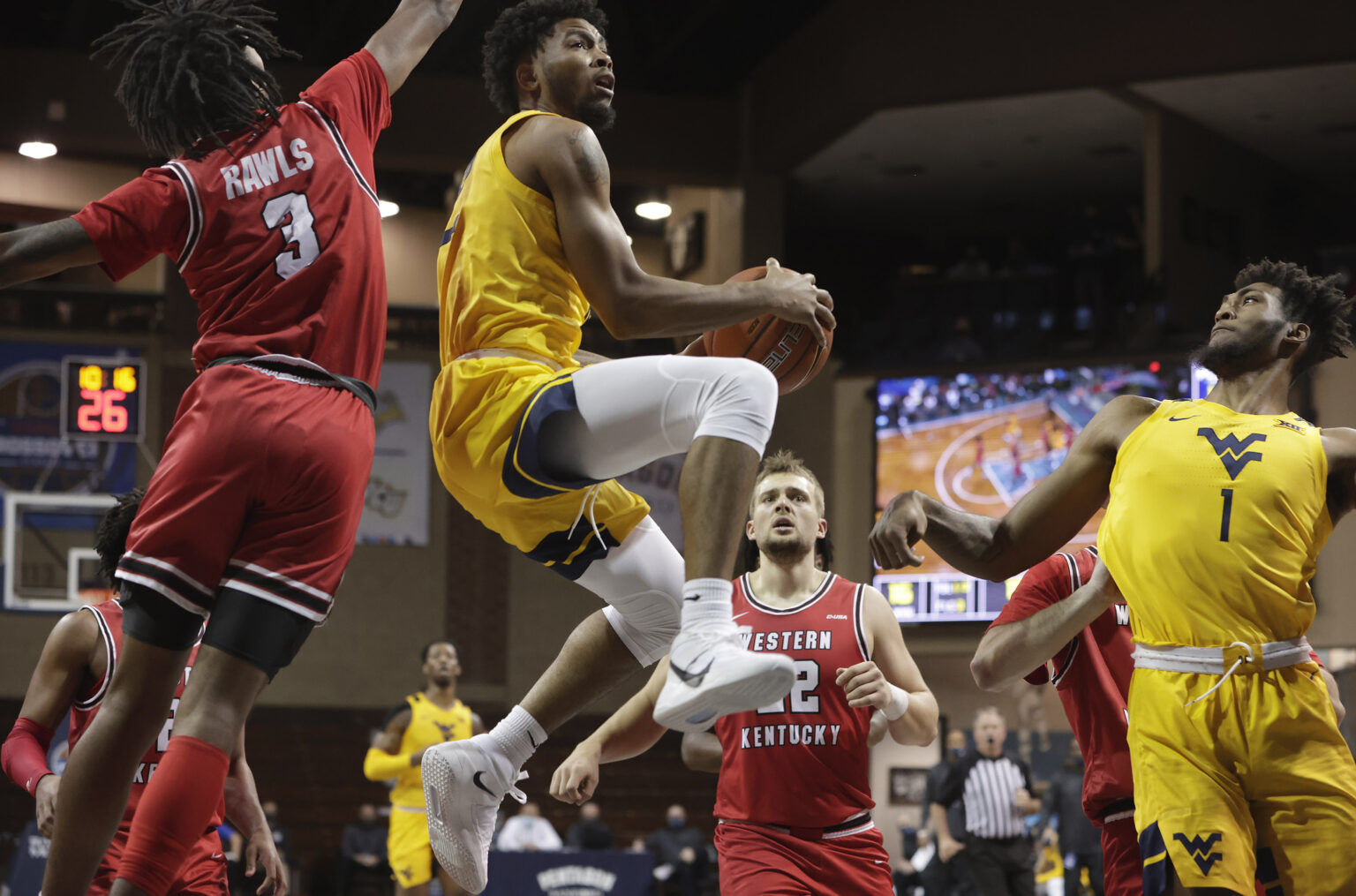 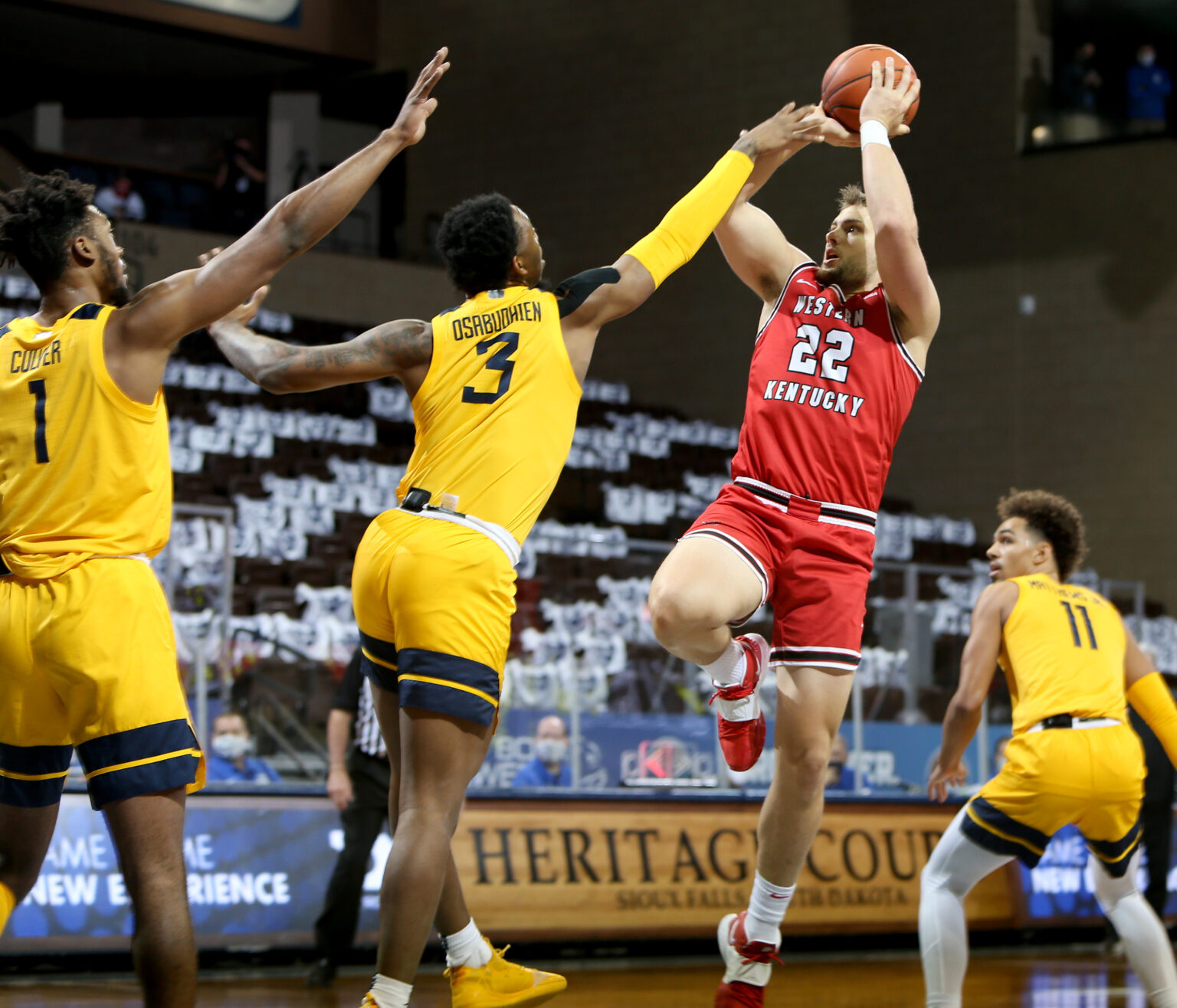 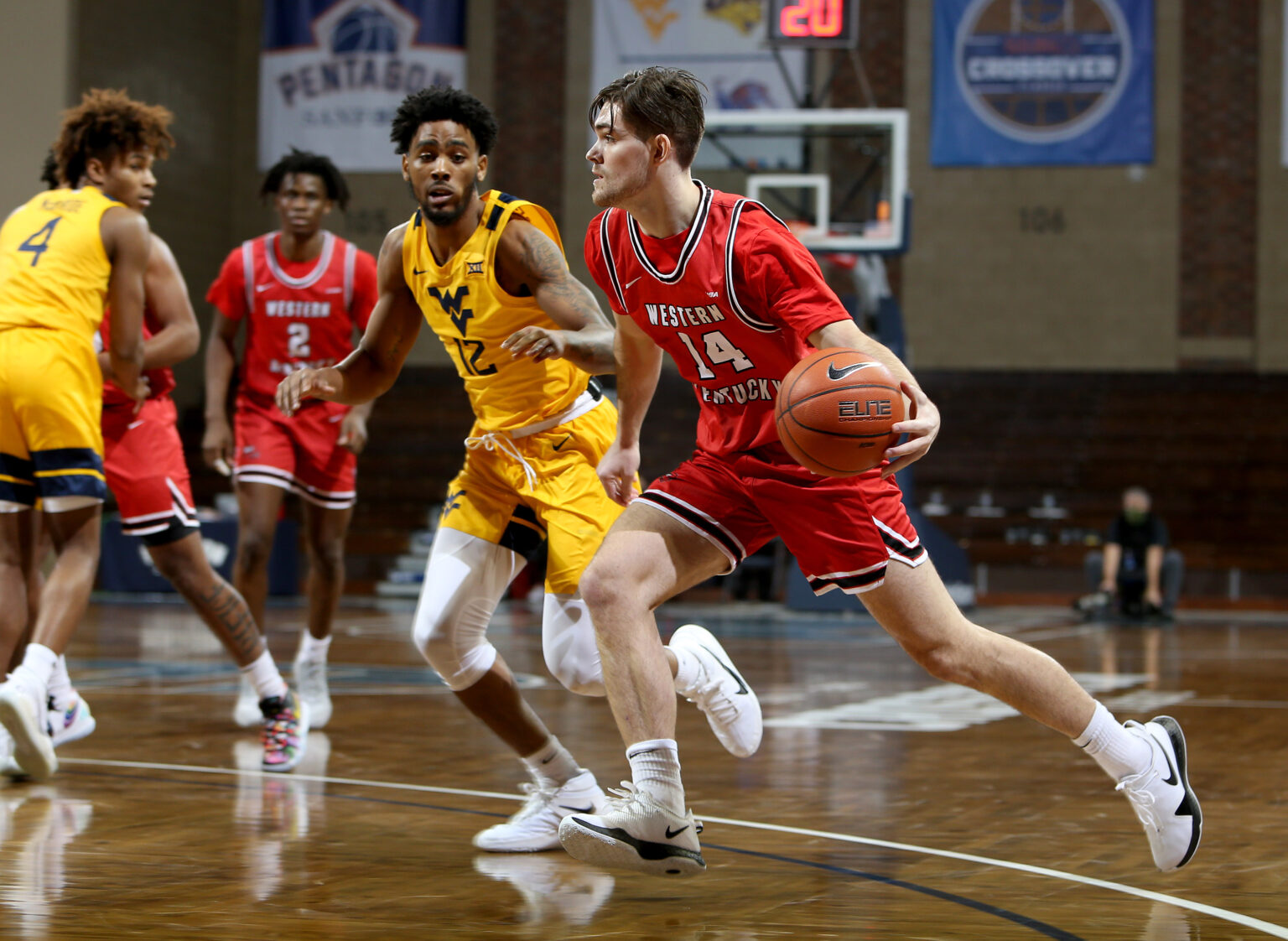 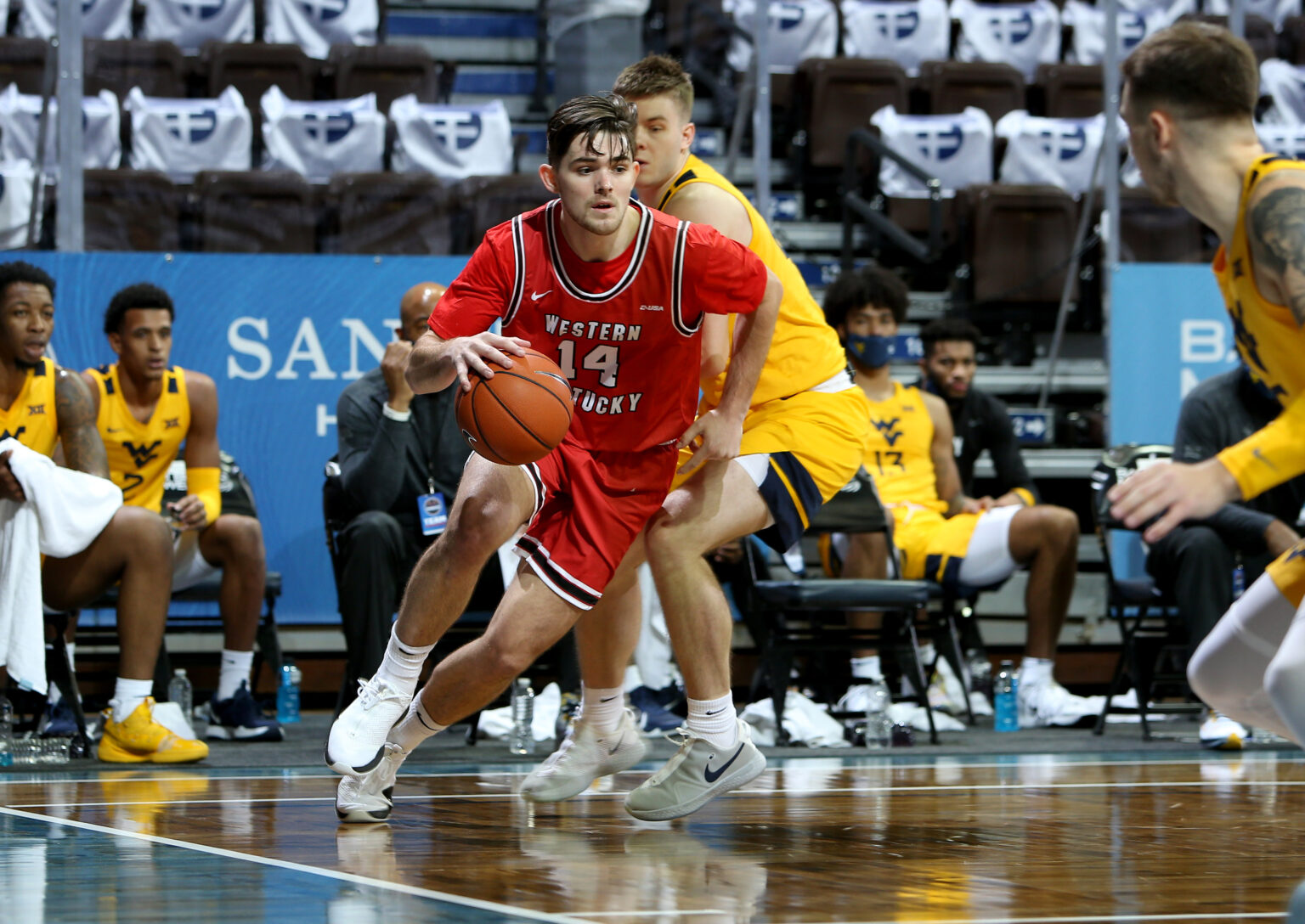 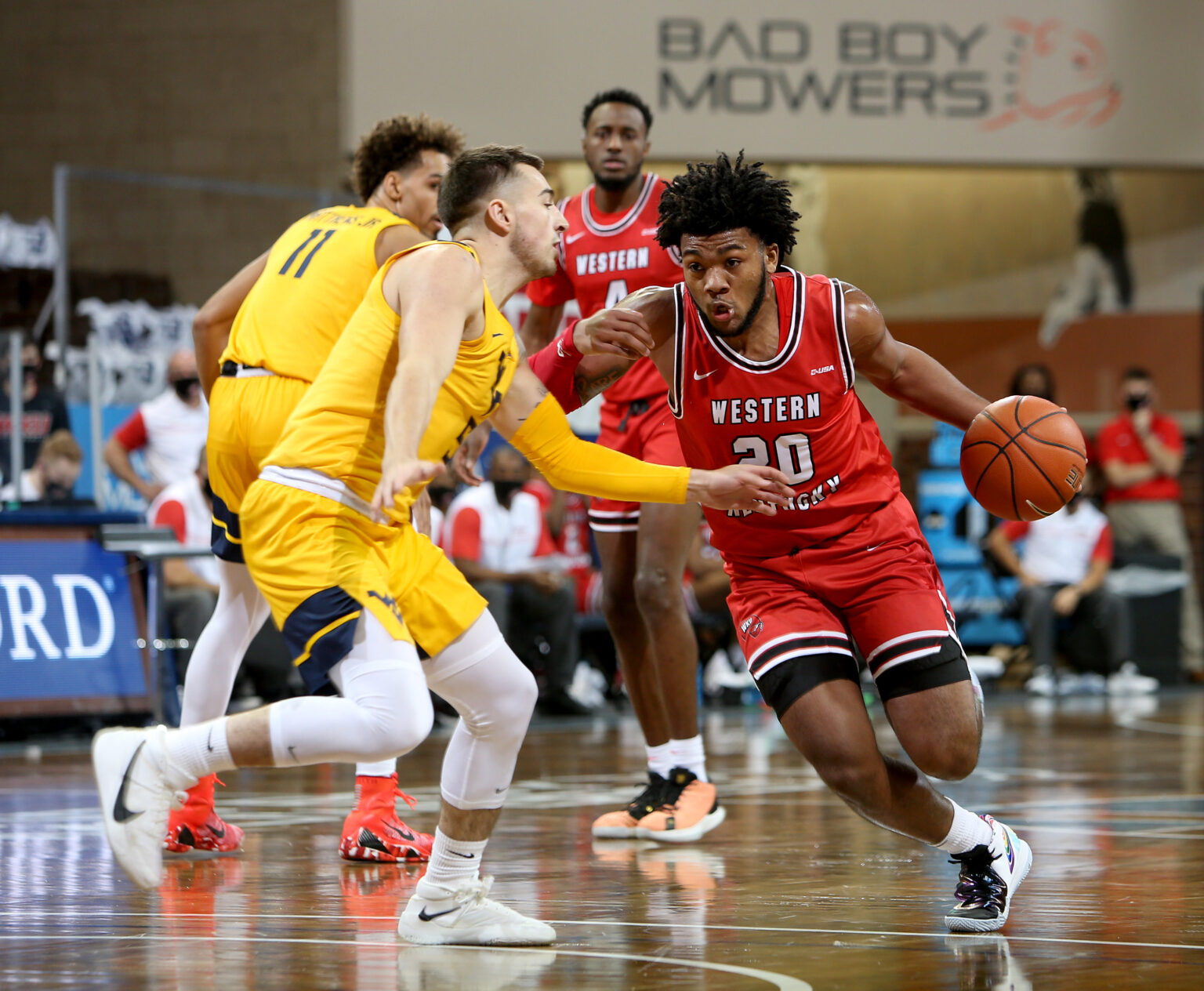 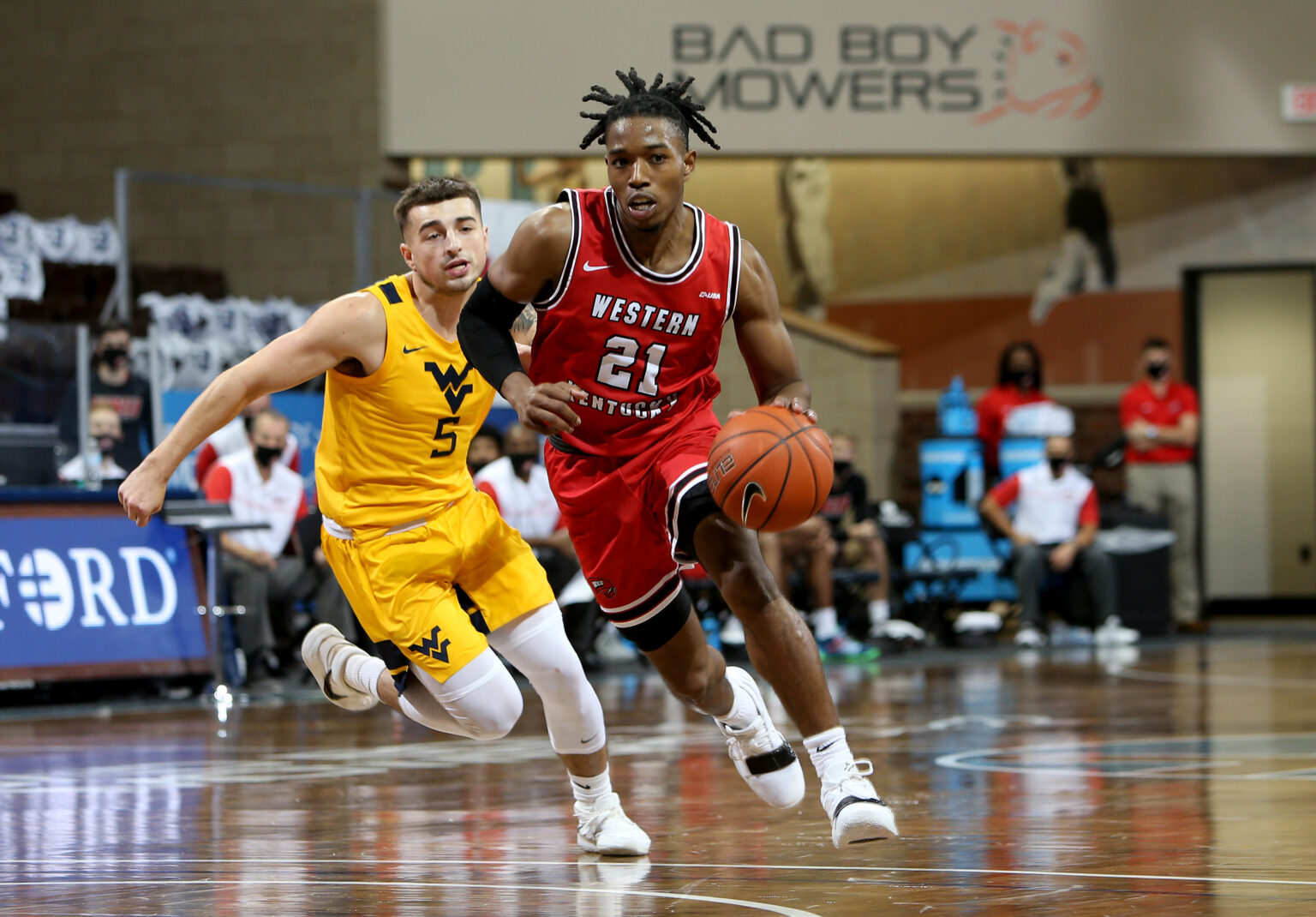 SIOUX FALLS, SD - NOVEMBER 27: Kenny Cooper #21 of the Western Kentucky Hilltoppers gets a step past Jordan McCabe #5 of the West Virginia Mountaineers during the Bad Boy Mowers Crossover Classic at the Sanford Pentagon in Sioux Falls, SD. (Photo by Dave Eggen/Inertia) 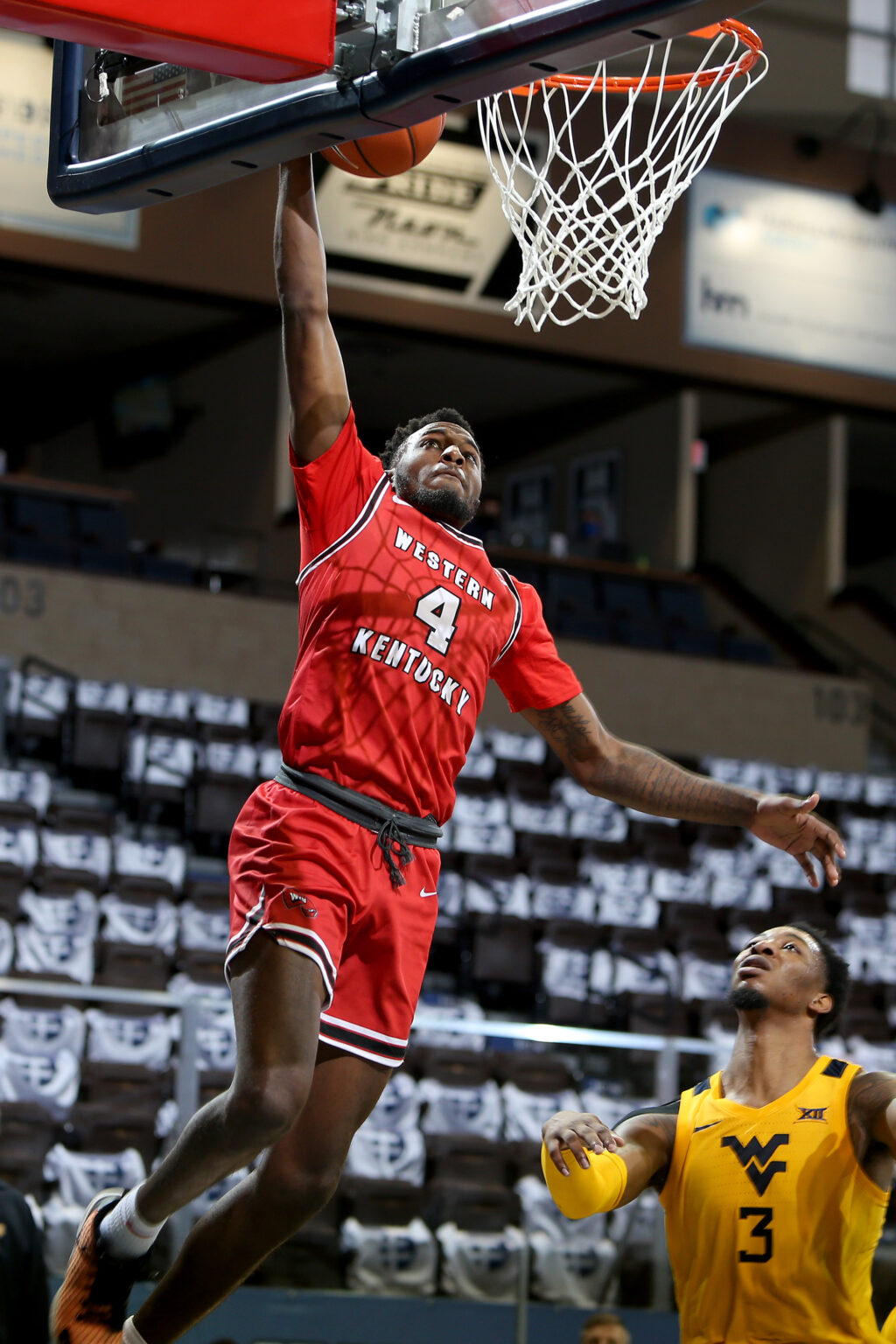 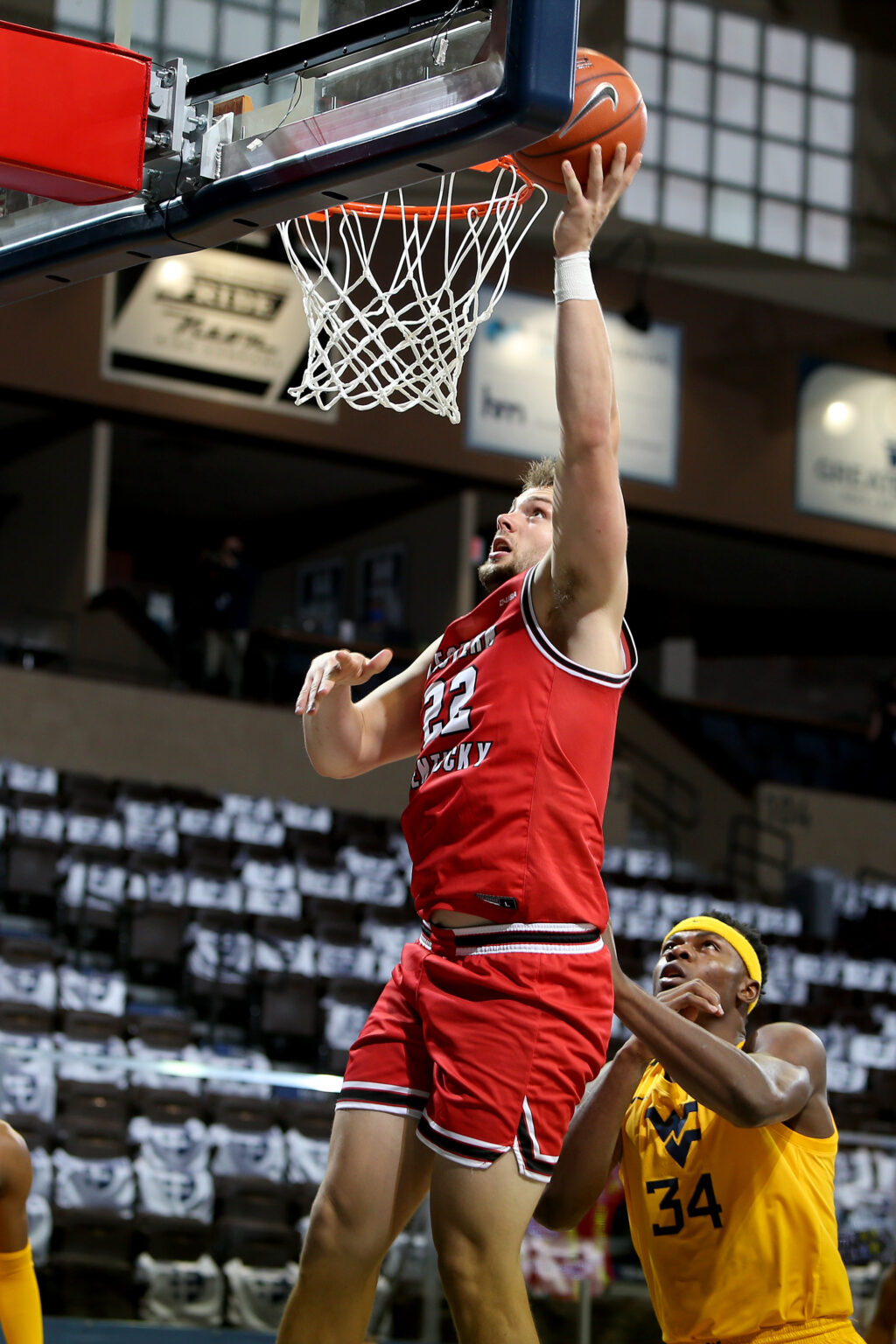 SIOUX FALLS, SD - NOVEMBER 27: Carson Williams #22 of the Western Kentucky Hilltoppers lays the ball up for two points past Oscar Tshiebwe #34 of the West Virginia Mountaineers during the Bad Boy Mowers Crossover Classic at the Sanford Pentagon in Sioux Falls, SD. (Photo by Dave Eggen/Inertia) 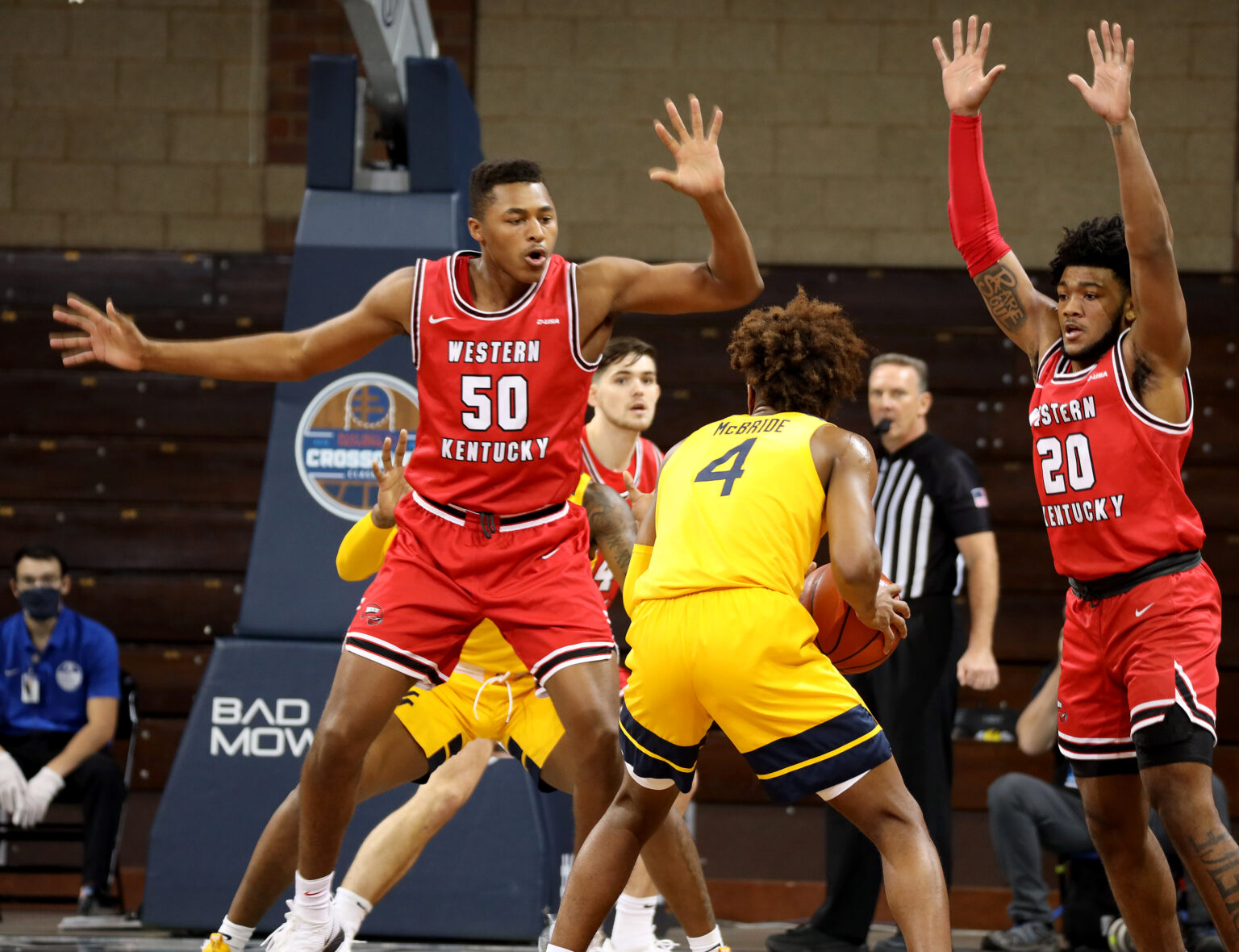 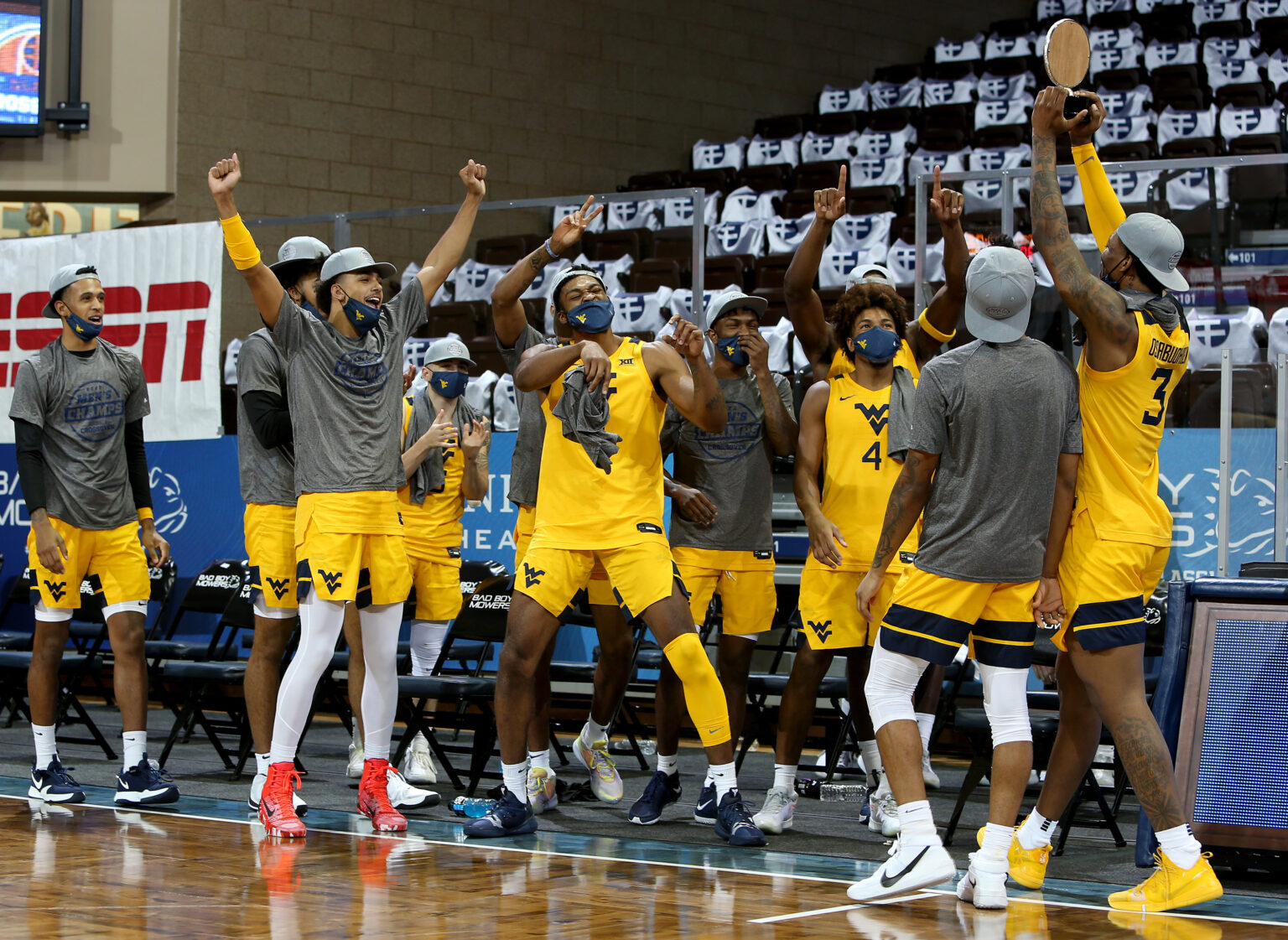 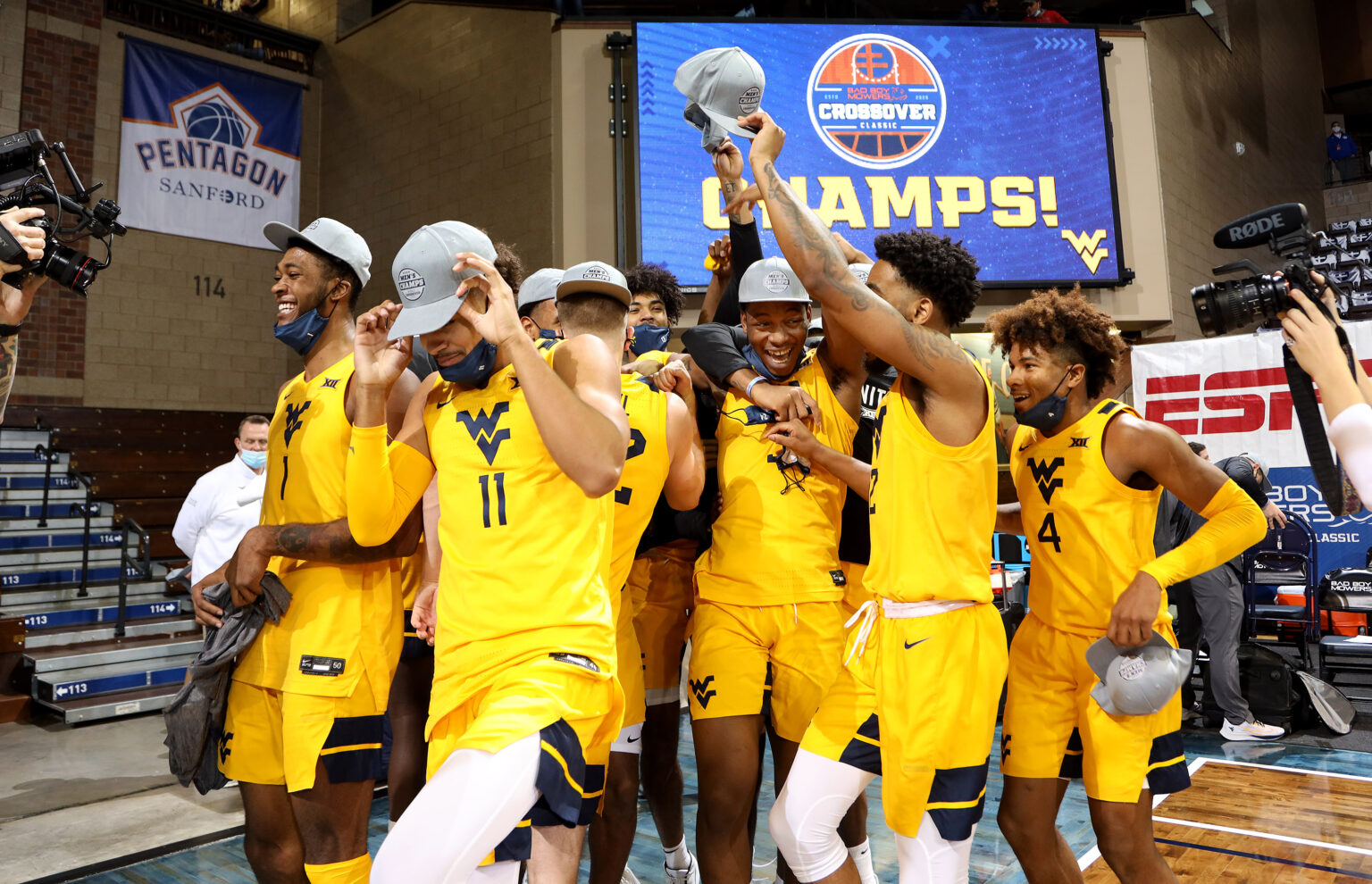 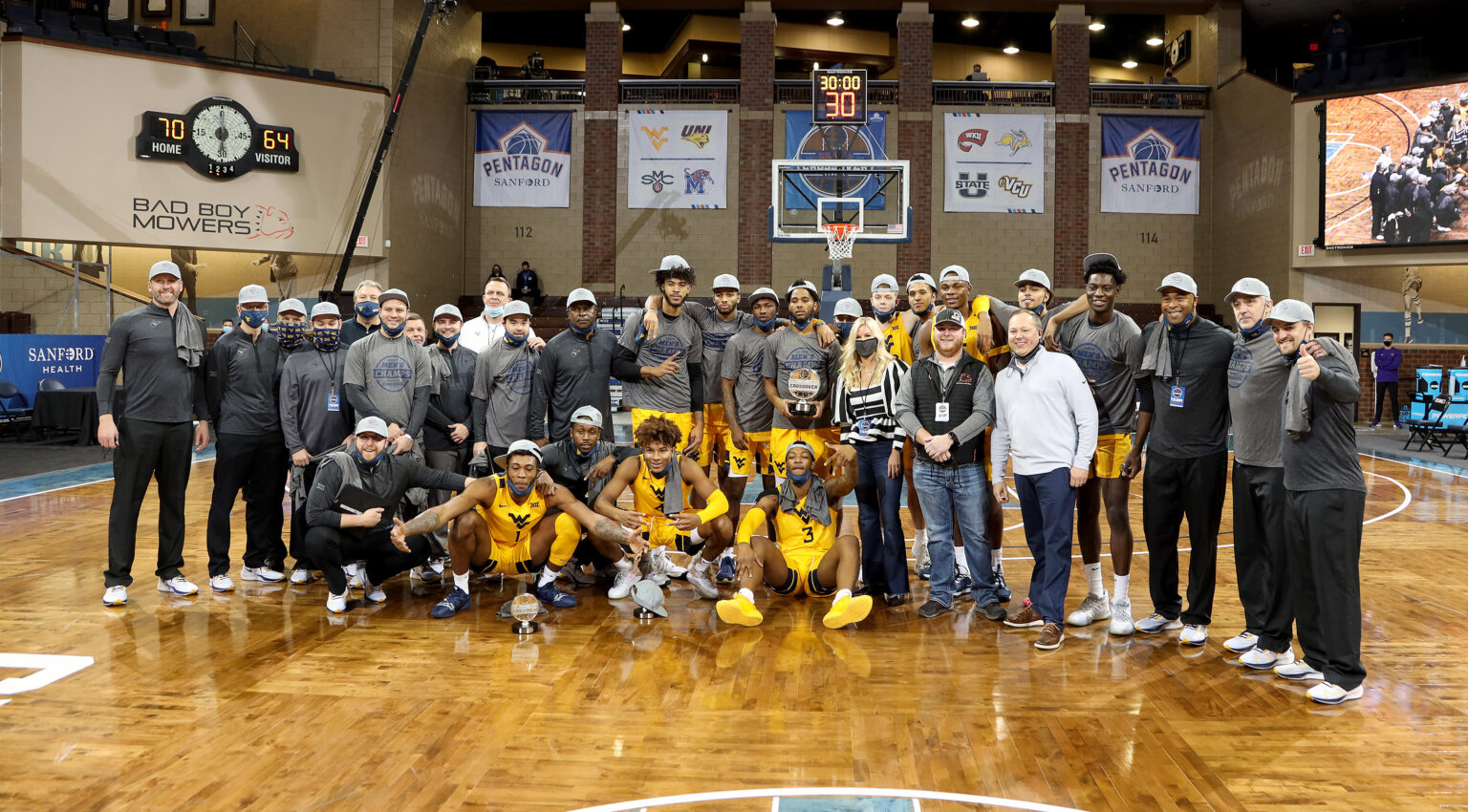 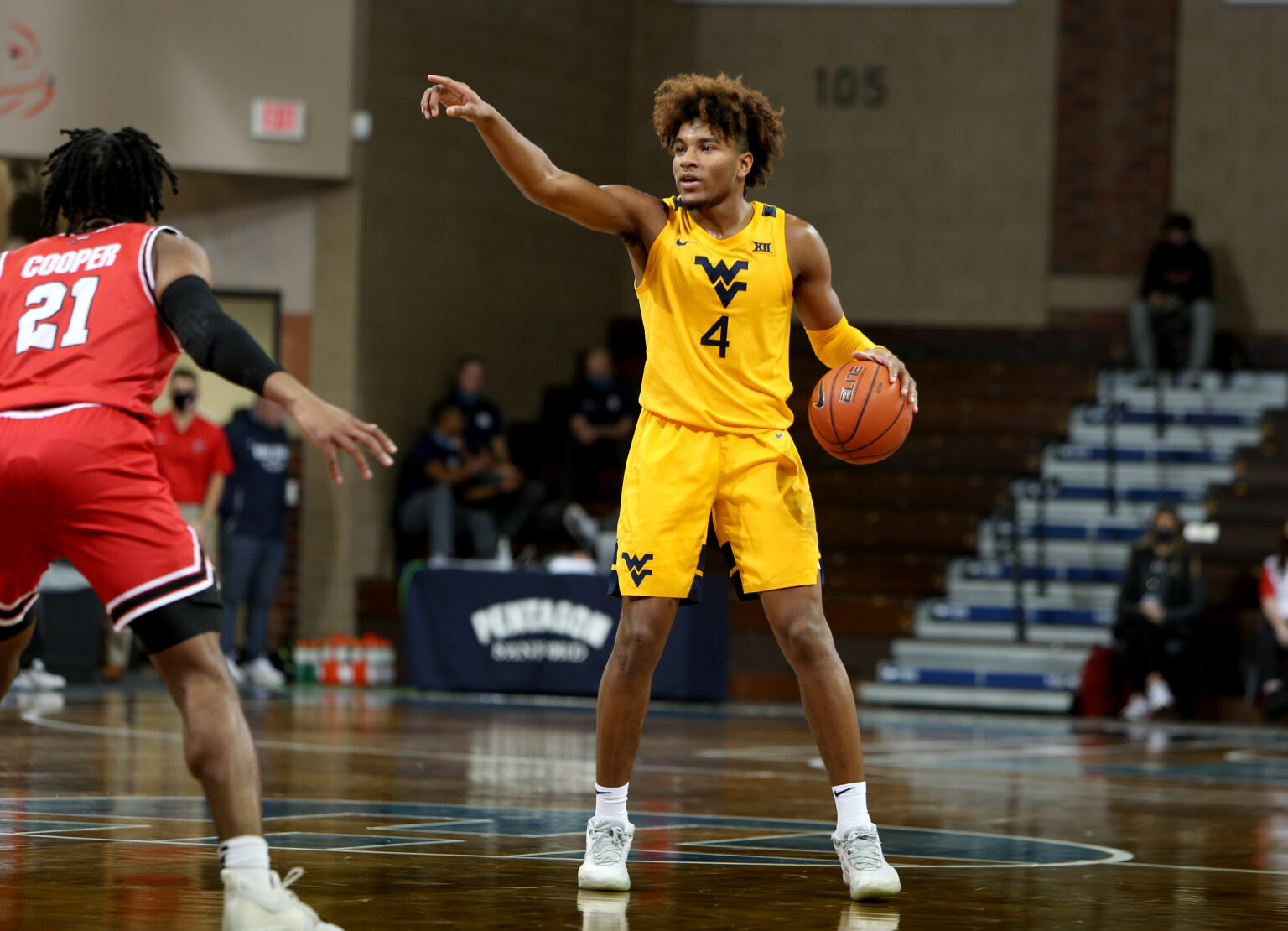 MORGANTOWN, W.Va. — A 23-5 second half burst helped West Virginia erase a 10-point deficit and led the Mountaineers to a 70-64 win over Western Kentucky in the Crossover Classic Championship game in Sioux Falls, S.D.

“I think we took some things for granted,” said WVU head coach Bob Huggins. “They played so much harder than we did. They executed better than we did. We talked at halftime about how much harder we had to play and how much better we have to execute what we are doing.”

“We came in here with a plan to come back with a trophy,” Derek Culver said. “Me and my teammates and the coaching staff, we put our hands together and we focused. We had rough patches during the tournament but we came together and were resilient. We ended up getting the job done.”

Neither team led by more than 5 points in the first half. West Virginia took their biggest lead of the half with 10:30 to go on a Taz Sherman bucket, giving WVU an 18-13 cushion. The Hilltoppers answered with a 12-4 run, giving them a 25-22 lead. Western held the lead for the final three minutes of the first half and they took a 36-33 lead going into the locker room.

“They came out with more intensity and more energy,” said Deuce McBride. “But at halftime coach told us we have to stick to our culture. What we do as a team is we play harder and longer. It is a 40-minute game.”

Culver led the Mountaineers in scoring for the second consecutive game. He scored 15 points and was one of three WVU players in double digits. Culver earned tournament MVP honors. He scored 45 points and pulled down 30 rebounds.  McBride netted 14 while Taz Sherman added 12. McBride and Gabe Osabuohien also were named to the all-tournament team. Osabuohien chipped in with 8 points and 8 rebounds in the final.

“Gabe is the guy who is helping the younger guys out on the floor the most,” Huggins said.

Guess who balled out this week? pic.twitter.com/V6AgVITvlN

“Obviously with playing three games, so you are getting ready to play games and people you haven’t seen while trying to do that in one day. They are plenty of things to do. I thought the bubble was terrific.”

The Mountaineers (3-0) will return to action Wednesday against No. 1 Gonzaga at the Jimmy V Classic in Indianapolis. This game replaces the originally scheduled home opener against Youngstown State.