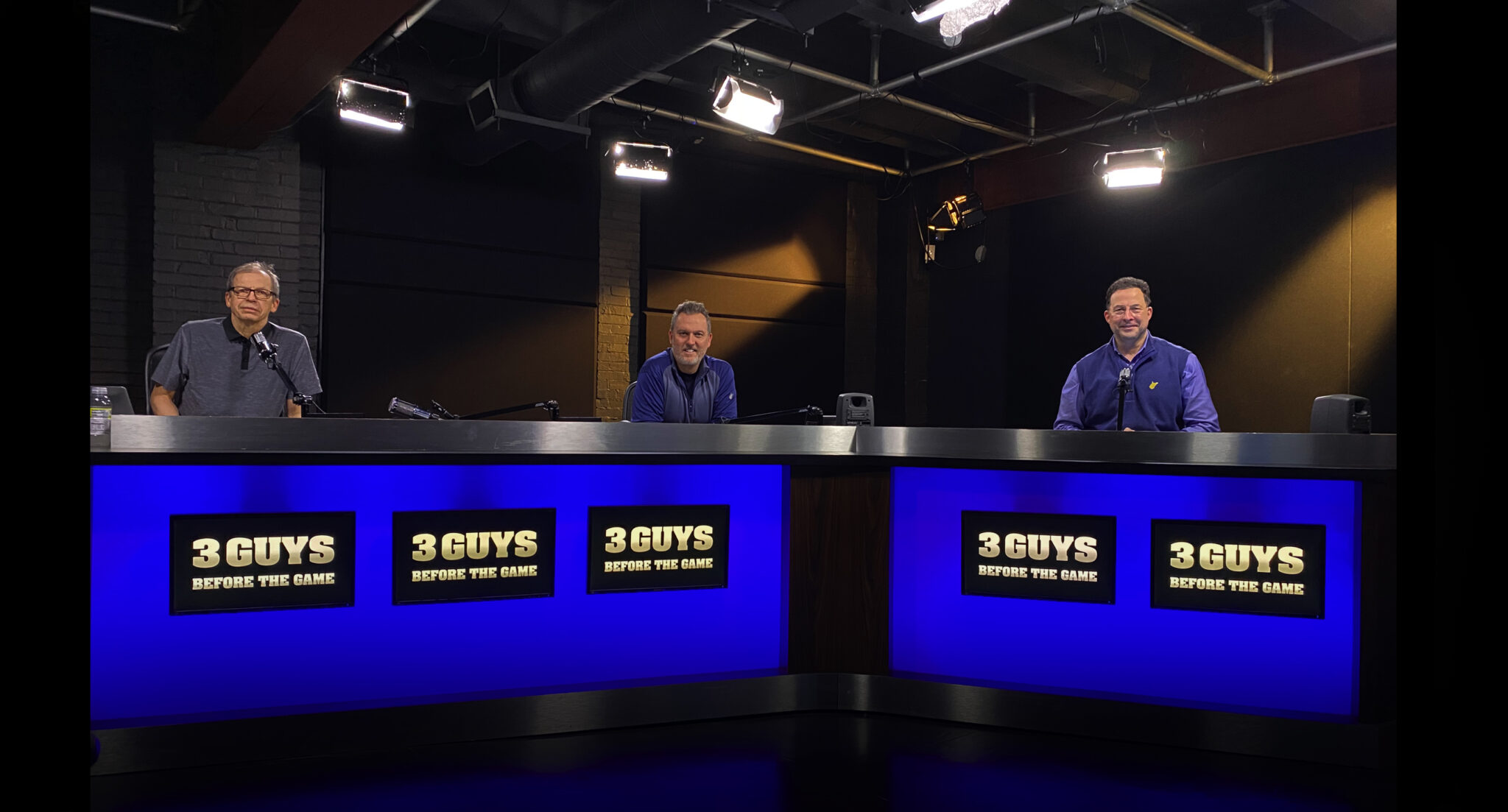 WVU returns from South Dakota with the championship trophy from the Bad Boy Mowers Crossover Classic.

The Mountaineers rallied from a 10 point deficit in the second half to secure the win.  On this episode, the “Guys” give their take on the good and bad with WVU through its first three games.

Join them Monday when they return with an early look at a week that includes a basketball game with top-rated Gonzaga and a football game against Big 12 champion Iowa State.

Three Guys Before The Game is brought to you by Mardis Gras Casino and Resort, Wheeling Island Hotel-Casino-Racetrack and Burdette Camping Center. Look nifty by wearing Three Guys merchandise.

WVU Sports
Sean Mahone will return to WVU in 2021, Ali Jennings departs
Mahone is taking advantage of an extra year of eligibility put in place by the NCAA due to the pandemic.
By Joe Brocato
WVU Sports
The Game Within The Game (Episode 42)
Brad Howe and Julian Edlow from DraftKings look at the upcoming NFL conference championship games from all angles: sides, totals and prop play recommendations for both of this weekend's games.
By MetroNews
WVU Sports
WVU returns to the court Saturday at K-State amidst continued uncertainty
WVU has had their last three games postponed due to COVID protocols.
By Joe Brocato
WVU Sports
Three Guys Before The Game - Season Restart (Episode 263)
Tip time again
By MetroNews Staff
View AllHoppy's Commentary