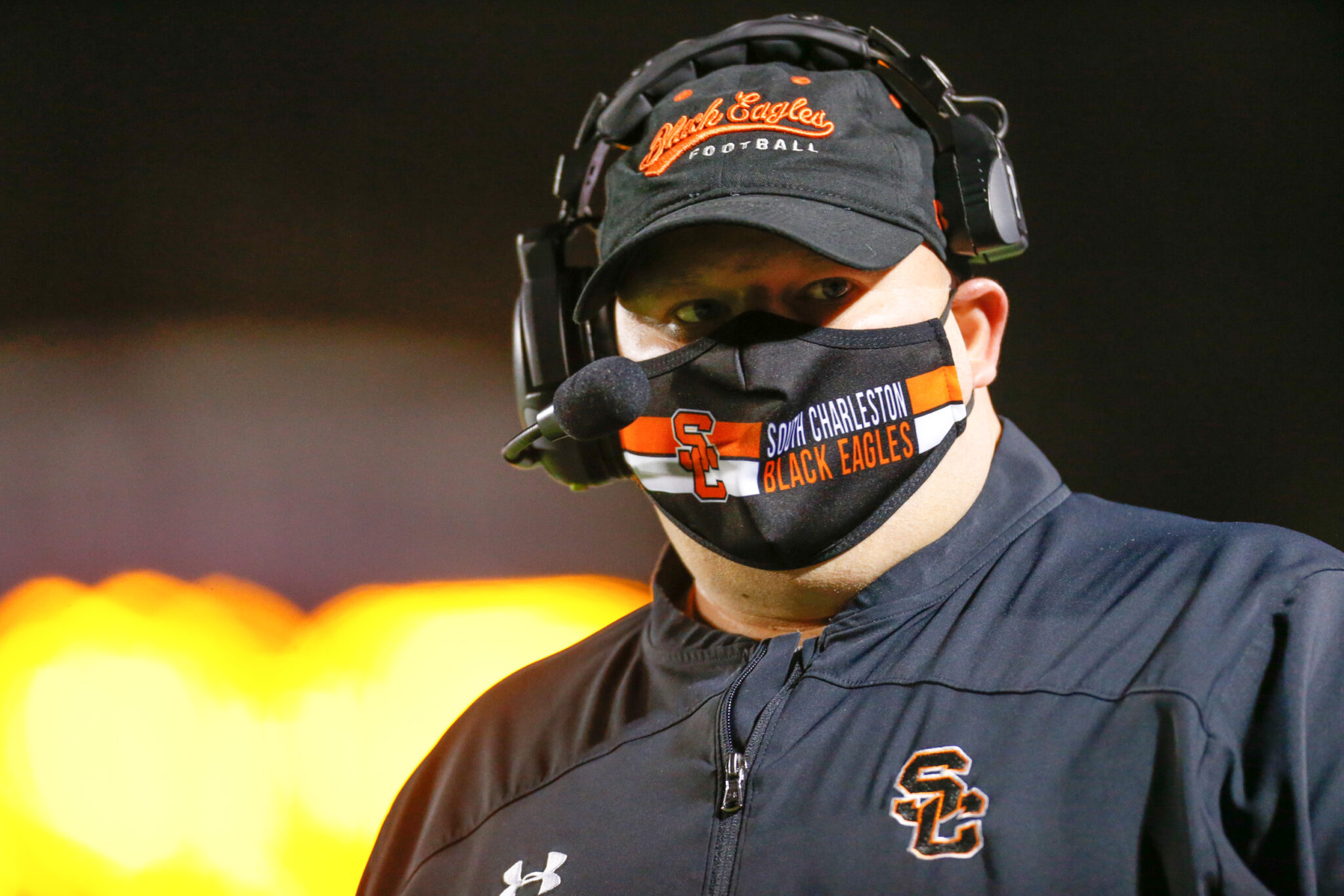 “If anyone thinks I don’t want to be preparing for a game right now and have one next week, they are absolutely insane,” Mays said.

After a wild Saturday, which saw all three state championship football games eliminated by the state COVID metrics map, the No. 2 Black Eagles (6-0) were declared Class AAA state championships by the WVSSAC. The three remaining semifinal teams in Class AAA, Musselman, Cabell Midland and Bridgeport were all eliminated on the 5 p.m. map release.

“We were going to practice at seven if the map told us to and do a walk-through for our game (vs. Musselman) that would have been Sunday. That was our plan. The map denied that opportunity.”

So the Black Eagles, like all football teams in the state, now turn their focus to the 2021 season.

“We are going to begin closing our season down this week. We are going to take our seniors out tomorrow. They’ve got a meeting at four o’clock with me and the coaches and we will spend some time with them. We’ll have a team banquet on Friday to close the season. Then we will hit the weight room the following Monday like we always do.”

After a four-week delay at the start of the season due to Kanawha County’s status on the map, South Charleston outscored their six opponents by a combined score of 307-92.

“I am very happy with our performance on the field this year. We did a lot of great things. Our closest game was a three-touchdown game against Huntington.

“A lot of great things happened. Zeiqui Lawton going to Cincinnati, a bunch of kids getting scholarship offers, some getting 1-A offers extended out past Zeiqui. Those are the individual accolades. And then the growth of our quarterback Trey Dunn as a sophomore. They exceeded my expectations.”

“We’ve got some good players coming back, we definitely do. I’m excited about our future. We’ve got a good young group coming in.”

“Our kids are catching a lot of grief from this whole thing and the way it was decided. I want people to know we didn’t choose this, this ending. All we can do a celebrate everything we did well on the football field. If the SSAC is recognizing us as state champions, we are not going to turn it down. And I guarantee you nobody else in the state would either.”