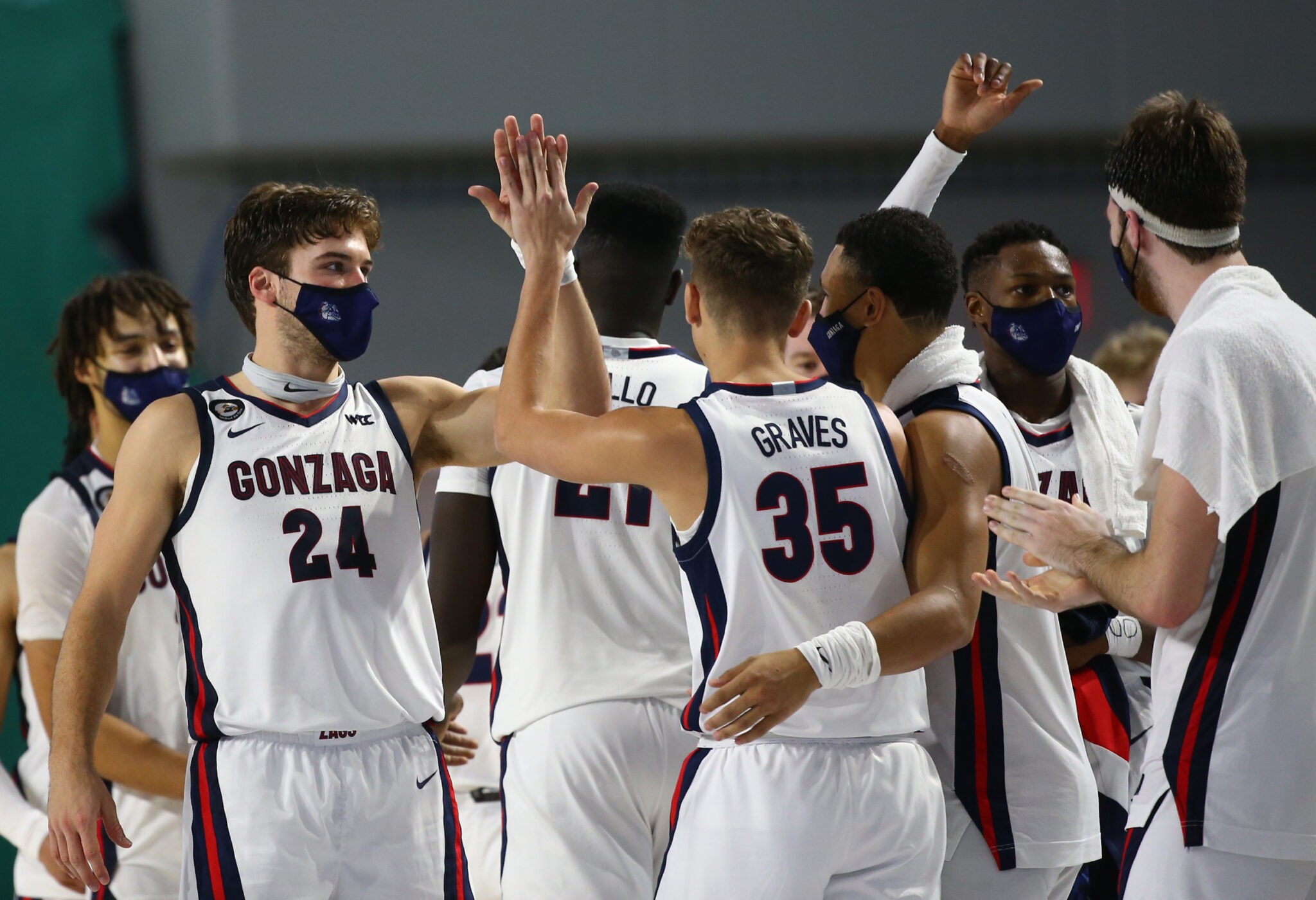 MORGANTOWN, W.Va. — When West Virginia’s home opener was postponed due to COVID cases within the Youngstown State program, an opportunity arose that was too good for Bob Huggins to refuse. While in South Dakota and preparing for their season opener, Huggins saw a chance to elevate their non-conference schedule. And he seized it.

“We were sitting there watching basketball and it came across the ticker that Tennessee had kind of an outbreak,” Huggins said. “So they canceled and they needed a game. I have been doing this a long time. I’ve got some very dear friends at ESPN and thought, what the heck, let’s go play Gonzaga.”

Gonzaga has transitioned from a top mid-major program into a national title contender on an annual basis under head coach Mark Few. The Bulldogs entered the season as the nation’s top-ranked team and they strengthened their hold on the top spot with wins over No. 6 Kansas and Auburn in Florida over Thanksgiving weekend.

“The way the season ended last year, I feel like we had a good chance to make a run the way we were playing last year,” said WVU senior guard Taz Sherman. “So this is a statement game for us. We want to show everybody that we deserve to be one of those teams that is talked about in the Final Four and National Championship conversation. That’s why this is a big game.”

“With us being where we are in this season, and them being number one, it is definitely a great opportunity for us to be playing the number one team in the country this early,” said WVU senior forward Gabe Osabuohien. “But also, it is good for ourselves to know where we are at. If the whole country is calling them number one, for us to play them is going to show us where we stand and what our chances are of a national championship.”

6-foot-10 forward Drew Timme and 6-foot-7 forward Corey Kispert have combined to average 50.5 points per game in the Bulldogs’ 2-0 start.

“I would love those guys coming off the bench to play about 35 minutes, instead of the guys they are starting,” Huggins said. “Those guys that are starting are really good. I don’t worry about Derek (Culver’s) ability to matchup with a 7-footer. Gabe (Osabuohien) guards anybody. We can put Gabe on their point guard and we can put him on their center. I don’t think that is as big of an issue as what our perimeter defense has been.”

“Our floor vision has got to improve,” Huggins said. “But I think to pass it, first of all you have to want to pass it. We need to get to there too.”

“I feel like we can get into our offensive sets quicker and be more efficient with that,” Sherman said. “Also, I think we can keep our defensive intensity throughout the entire game instead of just a quick 10-minute spurt, or when we are down a couple points and we have to make a comeback. I feel like we should be able to hold our defensive intensity like we did towards the end of the season last year.”

Minutes were scarce for several of West Virginia’s newcomers. Fairmont Senior grad Jalen Bridges led all newcomers with 17 minutes in the 3 games.

“We didn’t get to see enough of them,” Huggins said. “We had to try to win a game. You feel a whole lot more comfortable with guys that have been there before. We tried to get them in as much as we could get them in. But they didn’t get enough playing time.”

WVU junior Derek Culver has been named the Big 12 Player of the Week. Culver was named MVP of the Bad Boy Mowers Crossover Classic after leading West Virginia to a 3-0 start. He collected a double-double with 23 points and 15 rebounds against VCU and scored 15 points in the championship win over Western Kentucky.

With a 3-0 week in South Dakota, the Mountaineers jumped up four spots to No. 11 in this week’s Associated Press poll. Baylor is ranked second. Kansas is seventh. Texas and Texas Tech are tied for 17th. Future WVU opponent Richmond entered the rankings at No. 19. The Spiders defeated Kentucky on Sunday.