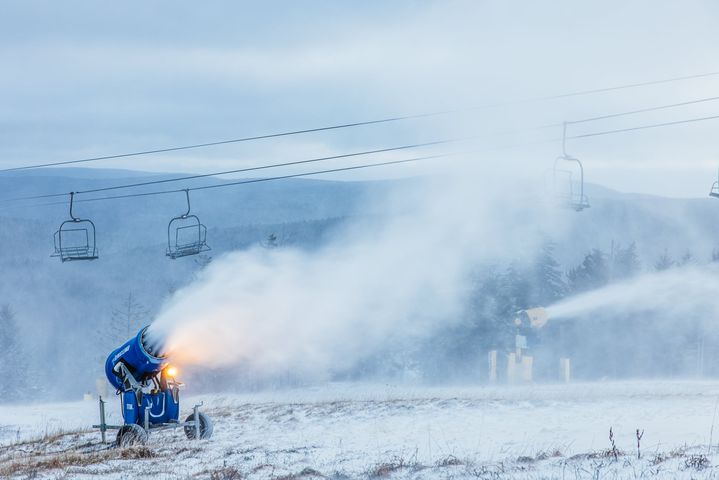 Snow being made at the resort in the past week

SNOWSHOE, W.Va. — Excitement surrounds the opening of ski season at Snowshoe Mountain Resort following multiple delays and the prompt ending of the previous season due to COVID-19.

Snowshoe will drop the ropes on Friday for a public opening, one day after a soft opening for employees and season pass holders.

“Over the last 24 hours, we have been into the teens. That is great for some productive snowmaking,” Shawn Cassell, PR manager for Snowshoe told MetroNews.

“We are feeling really good about Friday and we are even going to give employees and season pass holders a crack at it on Thursday.”

On November 17, Snowshoe announced a delay to the opening due to the warm weather. Cassell said there are ‘large’ piles of snow after a system came through the state Monday into Tuesday.

Starting to get reports of whale sightings around the mountain…
❄🐳 pic.twitter.com/ATF53wByY1

Around 12 to 15 trails will be open Friday, Cassell said, but added there is no magic number when it comes to skiers allowed on the hill at once due to COVID-19.

Cassell said it would depend on the number of pass holders there and the resort would adjust per day. He warned that the largest impact on the resort because of COVID-19 is the availability of lift tickets and there is a ‘good chance’ you won’t be able to ski if you just show up without plans and tickets.

“Our skier capacity is going to have to be a lot lower than it used to be this season so we can keep social distancing. We are not going to allow as many people on the mountain at one time as we normally would,” he said.

Masks are required both inside the resort and when a person is loading and unloading the chair lift.

Cassell said the resort feels pent-up demand from the extended closure due to COVID-19. But there is also anxiety as virus cases continue to climb across the state.

“There is a spike in Pocahontas County too. It’s about as bad as it’s been right now,” he said of the virus. “That’s something that weighs heavy on us and influences the decision making as we go along.”