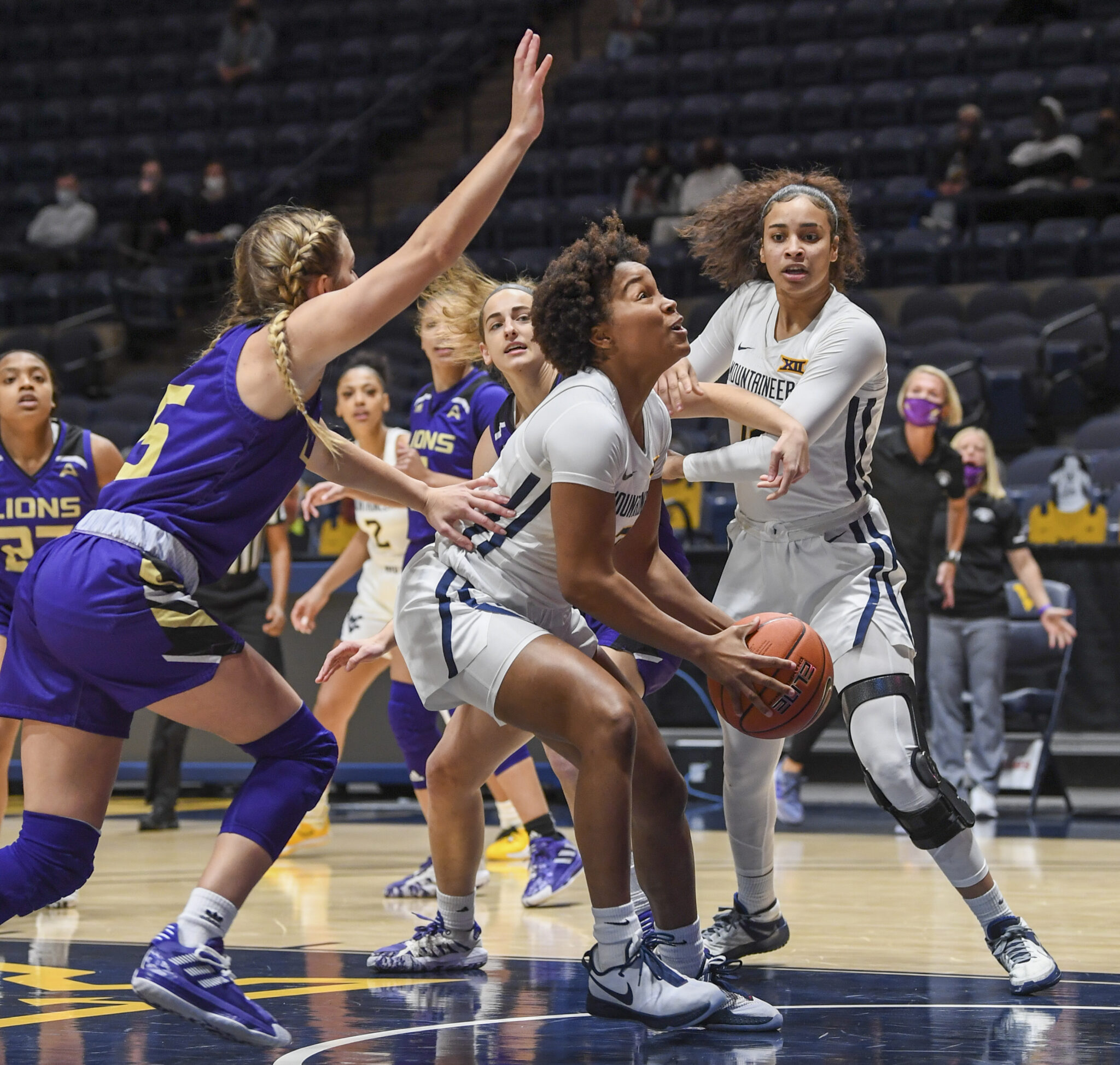 MORGANTOWN, W.Va. — West Virginia used a 15-0 third quarter run and a dominant effort on the glass to defeat North Alabama, 80-51 Thursday in the home opener for the Mountaineers.

West Virginia started slow, falling behind 12-8 midway through the first quarter. The Mountaineers closed the frame on a 10-1 run to take a 20-13 lead at the end of one.

West Virginia used a 10-0 run to take a 30-16 lead midway through the second quarter and kept the double digit lead the rest of the way. The Mountaineers led 56-35 at halftime and kept the lead above 20 points for most of the second half.

“It was sloppy,” said WVU head coach Mike Carey. “I hate these kinds of games. We came in here and weren’t executing.”

Kysre Gondrezick led the Mountaineers with 20 points on 8-of-12 shooting from the floor. Esmery Martinez dominated on both ends of the floor, scoring 17 points and grabbing 22 rebounds.

“I loved her presence,” Gondrezick said of Martinez’s effort. “That was a phenomenal effort. Es and all of us need to be aggressive on the boards. So the fact that she led us in the interior, I am really happy about that.”

“She gets to the ball,” Carey said. “Your great rebounders, like she is, move when the ball is in the air. They anticipate a rebound. They don’t wait until the ball comes off the rim to move.”

After going scoreless in the first half due to foul trouble, Kari Niblack scored 9 points in the second half.

“We just need her to get going and get some confidence right now,” Carey said. “She didn’t play well in Vegas, got in foul trouble in the first game in Vegas. In the second game she played extremely well. She started slow and picked it up in the second half but we need Kari to play a full game if we are going to compete because Kari is a veteran and understands how we want to play the game.”

Madisen Smith had 8 points and dished out 8 assists. West Virginia out rebounded the Lions 61-24.

The game was played in front of family members of staff and players. The general public will not be able to attend any men’s or women’s games at the Coliseum until January at the earliest.

“I thought we had more energy in Vegas,” Carey said. “I thought the players were into it a lot more. I don’t know why, I hope this isn’t the type of team that comes out and they don’t think they are a good team and they just play down to their level. I hope that is not the case and I will make sure it is not.”