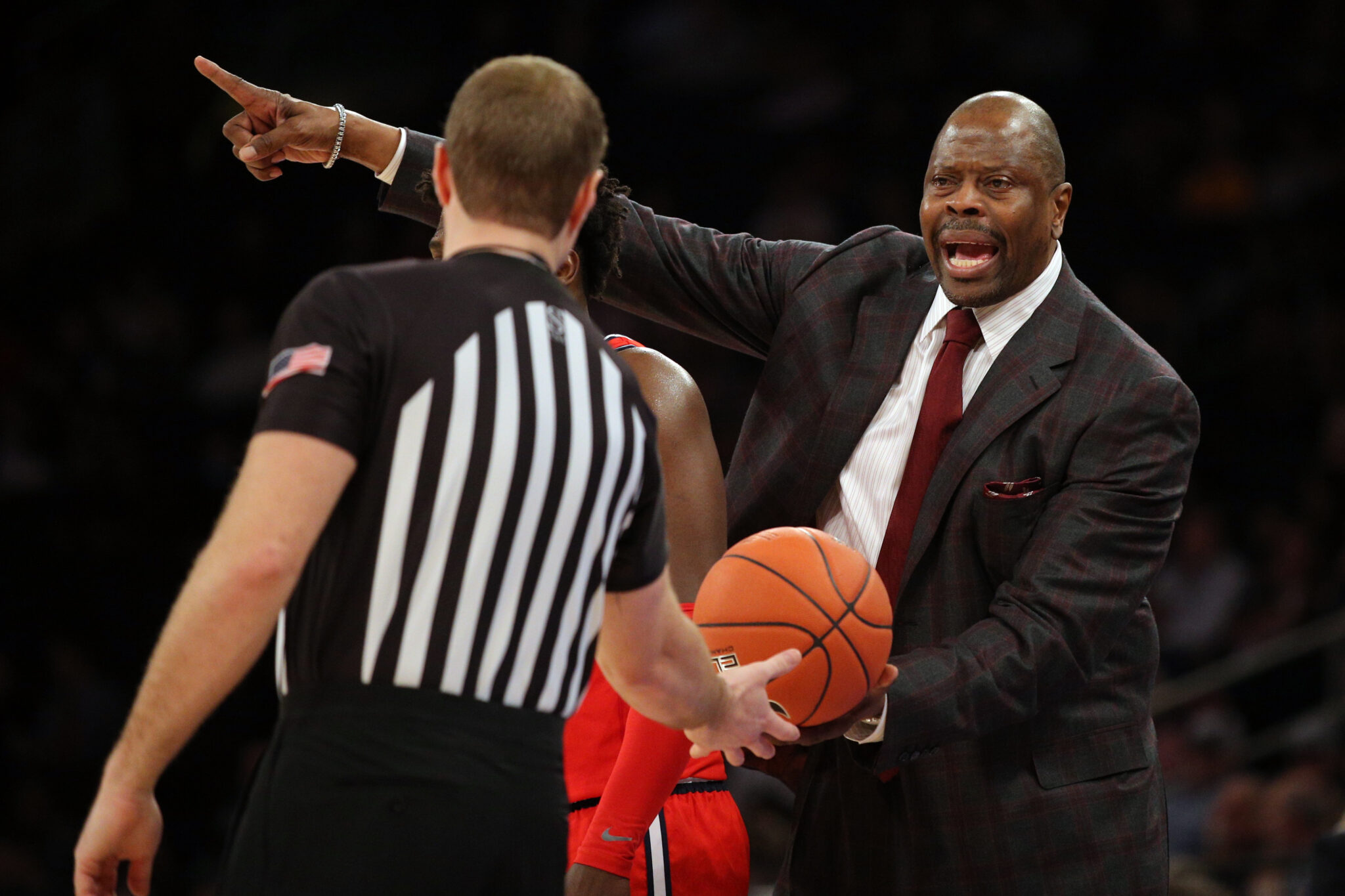 MORGANTOWN, W.Va. — West Virginia will play its fifth consecutive game away from home Sunday afternoon when they Mountaineers travel to face Georgetown in a game that is part of the Big 12/Big East Battle. This will be the first meeting between the former Big East rivals since 2014, when the Hoyas defeated WVU 77-65 in the opening round of the NIT.

Georgetown legend Patrick Ewing is entering his fourth season leading the Hoyas. He has posted a 50-47 record and is 1-1 this season with a win over UMBC and a loss to Navy.

The Hoyas have featured several of the elite post players in college basketball throughout their Big East tenure, including Ewing, Dikembe Mutombo, Roy Hibbert and Alonzo Mourning.  Their style of play recently looks quite different.

“They are pretty much perimeter-oriented. That’s seemingly the wave of the future with one big and four perimeter guys. But when you have bigs like we do, you have to use them,” said WVU head coach Bob Huggins.

“You know what everybody learns when they go from taking the uniform off and sitting in the first chair? Just trying to win, man. What position they are in or whatever, you are going to put the five guys out there that give you the best opportunity to win.”

West Virginia lost a scheduled home game Wednesday when Youngstown State paused activities due to COVID and was unable to play. The Mountaineers instead played No. 1 Gonzaga at the Jimmy V Classic in Indianapolis. The Mountaineers had their chances against the Bulldogs before falling 87-82.

“It is amazing we actually had a chance to win the game. We gave up 60 points in the paint, which has never happened before in my career I don’t think. 23 lay-ins is absurd to give up that many. They got 25 fast break points, which obviously stopping the fast break was a vital part of what we talked about. And they got 23 points off turnovers and we have turned the ball over at an alarming rate.

“For the majority of time I have been in coaching, our guys were so committed to guarding their guy. It was a true battle, me against you. We haven’t gotten there yet. That’s my fault and the coaching staff’s fault. We have to do a better job of demanding that.”

Despite their 3-1 start, WVU’s offense has struggled to take care of and share the basketball.

“36 field goal attempts with 3 passes or less, that’s not good offense, particularly when you are not making the shots. We’ve got to get that part taken care of. I think everybody realizes we have the ability to be a really good team. But in saying that, we have to do what is right and what is productive.”

West Virginia will finally return home to host Robert Morris on Wednesday. Their first four games however will be played in front of an empty Coliseum. Fans may be allowed in at a reduced capacity starting in January. Without a strong home court advantage, added games away from Morgantown could have a positive impact on their postseason resume.

“What makes the difference if we are not going to be allowed to have fans here?” Huggins said.

“Usually I want to play as many as I can play here so that our fans can see us play. But now, it doesn’t matter really.”