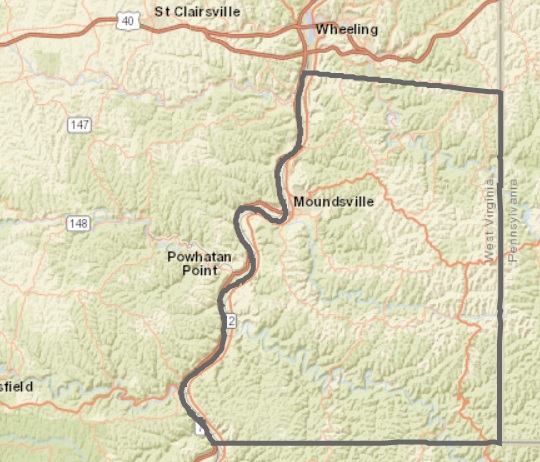 MARSHALL COUNTY, W.Va. — A refrigerated trailer from the West Virginia National Guard which is serving as a temporary morgue in Marshall County will remain on site in Moundsville for the next several days, at least.

A request for the additional space came this weekend from Marshall County Emergency Management to address capacity issues due to the number of deaths in Marshall County and surrounding counties, those attributed to COVID-19 and those that were not.

“The biggest thing is making sure that everything is taken care of with as much compassion as possible between the medical examiner and the funeral homes as well,” said Tom Hart, director of Marshall County Emergency Management.

Hart said, for many of those who’ve died since Thursday — nine people with five of the deaths related to COVID — services were being coordinated through one funeral home with limited repository capacity.

Additionally, in some cases, funerals were delayed because surviving family members had tested positive for COVID-19 or were potentially exposed and were in quarantine.

On Tuesday, Marshall County remained red on the daily County Alert System Map from the state Department of Health and Human Resources.

Red has been defined as a county with “substantial” coronavirus transmission.

The infection rate in Marshall County was one of the highest anywhere in West Virginia, according to DHHR.

Even in normal times, Hart said there was not a lot of extra space available at the Marshall County coroner’s office, funeral homes and area hospitals.

The trailer to supplement capacity arrived in Moundsville on Sunday afternoon.

Hart said the hope was that it would not be needed indefinitely.

“As of right now, there’s really not one thing that you can pinpoint in regards to what’s causing the spread,” he said.

“We’re still in the red. Our infection rate’s still really high, so we really need the residents and businesses to take as many precautions as possible.”