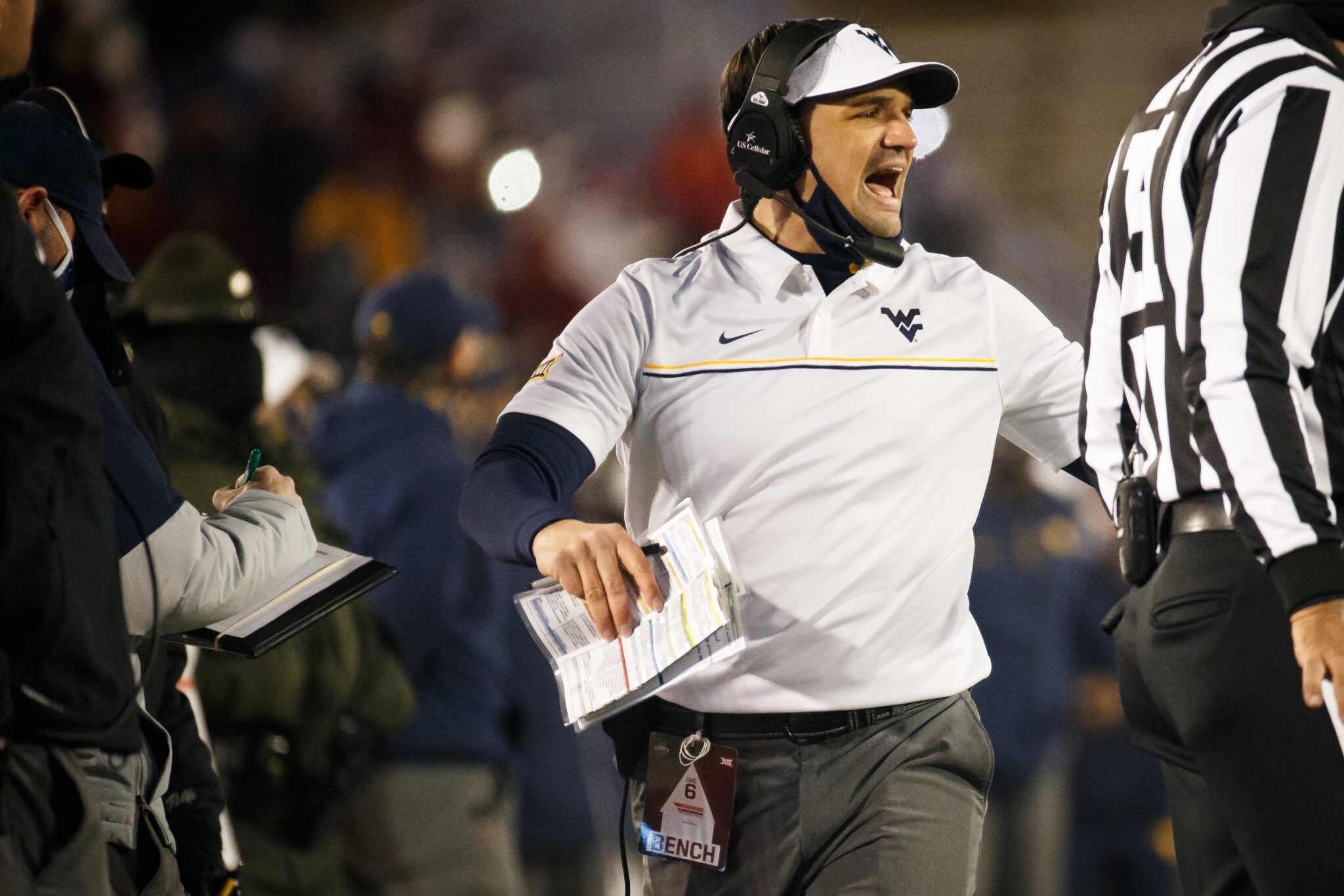 MORGANTOWN, W.Va. — When WVU head coach Neal Brown sat down in front of the camera and microphone for his Zoom conference shortly after 1 p.m. Wednesday afternoon, he had letters of intent in hand from fourteen future Mountaineers. Shortly afterwards, a fifteenth signature was received with the promise of a sixteenth to come later in the evening from four-star running back Jaylen Anderson.

Even with letters of intent secured from every player that has verbally committed, Brown says the current class is far from complete.

“Small class today, but a high-quality class. It is a very diverse group from different areas, which I think speaks to the power of the West Virginia brand,” said WVU head coach Neal Brown.

“Intentionally small, we are still recruiting a couple high school prospects that will sign in February. And we will be in the market for some four-year transfers as well as the one-year transfer rule goes into effect.”

The ever-evolving transfer market will certainly be a focus for Brown and his staff as they continue with the next phase of this year’s recruiting class.

“We just felt like the best way to continue to build the program, rather than reaching for guys or signing guys who we weren’t real sure who they were about, is to keep the number low. And I am still proud of the group we got.”

The first letter of intent Brown received this morning came from five-star prospect Wyatt Milum. The Spring Valley offensive lineman held offers from such elite programs as Alabama and Ohio State. But for the second year in a row, Brown was able to keep the state’s most high-profile prospect home, just as he did with Fairmont Senior’s Zach Frazier last December.

“They have done a really good job at Spring Valley developing offensive linemen. I don’t know if it is something in the water there. They have had a lot of big kids come out of there. Wyatt is the latest one. He is a kid that I think can be a longtime starter here at West Virginia and can be one of the high-level tackles in the Big 12. He’s somebody that was a must get for us.

“We are going to continue to try to keep the best talent here in West Virginia home. That’s always been our intention.”

Five of the sixteen signees hail from neighboring Ohio, which was a recruiting territory for Brown while at the University of Kentucky.

“We’ve got multiple coaches that are in there recruiting. I think they have done a really good job building relationships. It is obviously close proximity so those kids were able to get over here. We’ll continue to hit that state hard. It is high-level football, traditionally and this was a really solid class in that state.”

While the Mountaineers continued to recruit the state of Florida, with three signees, Brown is hoping to make more inroads within a 300-mile bubble around Morgantown.

“What we are trying to do is within a six-hour radius of Morgantown is do a really thorough job. We signed a great player from here in state [Wyatt Milum]. We signed a great player from the DMV (D.C., Maryland, Northern Virginia) area [Kaden Prather]. And then we signed guys from Ohio that we think have tremendous potential. It is an area I became familiar with when I was at Kentucky and we really recruited it hard.”

The Mountaineers once again became active in European recruiting. Cornerback Jairo Faverus signed a year ago and is a native of The Netherlands. This year, the Mountaineers signed defensive lineman Edward Vesterinen from Helsinki, Finland and tight end Victor Wikstrom from Uppsala, Sweden.

“It is kind of the next frontier in recruiting. I think everybody is kind of in a trial run on this. We are in year two.”

Brown added that team members will soon return to Morgantown after all team activities were halted last Thursday due to COVID cases on the roster.

“Our players will return Thursday, weather-willing. We’ll test, find out our bowl destination and bowl opponent on Sunday and then we will prepare to play and finish strong.”