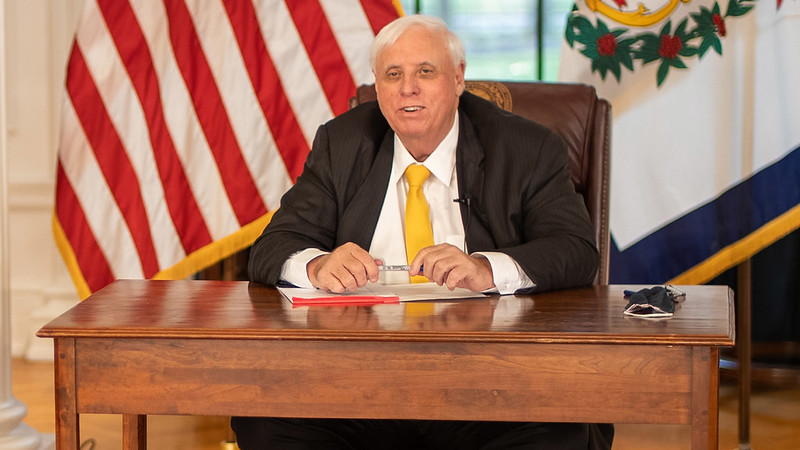 Gov. Jim Justice said West Virginia will prioritize vaccinations for school teachers and staff with a goal of resuming classroom learning by Jan. 19, but teachers union leaders are questioning whether the plan is realistic and safe.

Justice said his staff would have additional discussions today, and a schedule for school-related vaccinations will be announced Tuesday.

“I was really, really hopeful that we could get this accomplished within two to three weeks,” Justice said today.

“I was really hopeful that by the 19th we’d have everybody that would have taken the vaccine that is an educator or service personnel person vaccinated by that date. I’m going to still try to hold by that, and I’m going to still push like crazy to get that done. It may extend another week beyond that. But I’m really pushing to get it done right now.”

Justice announced Wednesday that the state’s elementary and middle schools would return to five-day-a-week in-person instruction on Jan. 19 no matter how the COVID-19 map depicts the spread of coronavirus. So, school would resume at those grade levels even at orange or red on the map.

Justice said high schools would also resume classroom instruction Jan. 19 unless school is within a red county on the daily map. The state Department of Education said Justice’s announcement means the Saturday school alert map would no longer be used.

Today, 54 of 55 counties were depicted as orange or red — the highest virus levels — on the state’s map.

The governor said the change is because remote learning has not worked well enough. And he concluded students have not been spreading coronavirus in school.

“To make this thing even safer for our teachers, our service personnel and all those, we’re going to move as quickly as we can to get them vaccinated,” Justice said today, emphasizing school employees over age 50.

Justice was asked today whether the timetable allows for a second dose meant to provide up to 95 percent resistance to the virus. The governor said there’s been little evidence of virus spread in classroom settings so far.

Then he compared the classroom to what grocery store employees go through every day.

The American Federation of Teachers-West Virginia issued a statement this afternoon to indicate it is exploring options. That includes an emergency video meeting this evening of its executive board and local presidents “to discuss the governor’s plan and to strategize our options to protect the health and safety of employees and students.”

“If it is safe to return to 5 day a week, in-person learning in our schools, then should we expect the state Board of Education will reopen their meetings to the public and the West Virginia Department of Education will reopen their offices to the public? Will Governor Justice now be conducting his press briefings in-person to allow the full participation of the media, rather than in a virtual format?” stated Fred Albert, president of AFT-West Virginia.

“Everyone yearns to get back to normalcy. But to get there, we need a plan that protects staff, students and vulnerable members of our community.”

“I’m not very confident at all,” Lee said. “As a matter of fact, if we don’t start until this week with just those 50 and older, there’s no possible way we can get everyone vaccinated by the 19th.

“Even with that being said, there’s no way you can get the 21 days in for the second dose to come in. I happen to be a math teacher. I’m really good at math.”

Lee said teachers have not had enough chance to convey their concerns to state officials.

“We’re making decisions without talking to the educators,” he said. “We deserve the respect to have our voices heard.”

Justice indicated he isn’t worried about what the teachers unions think.

“If you have naysayers, the teachers unions that are rah-rahing people and everything, let ’em rah-rah,” Justice said. “That’s what I say. Let ’em rah-rah. I’ve made my recommendation as to what we need to do, and our kids need to be back in school.”