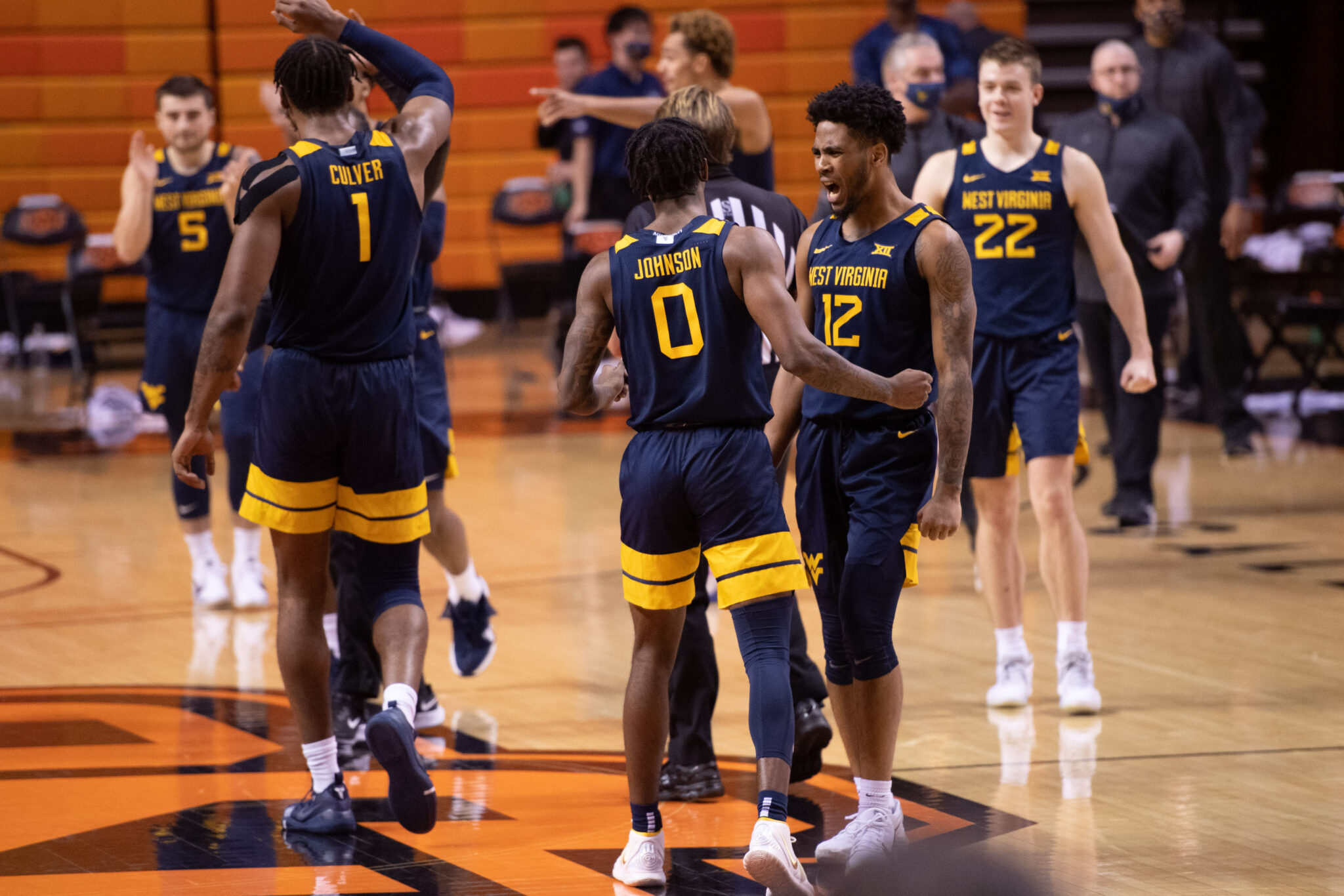 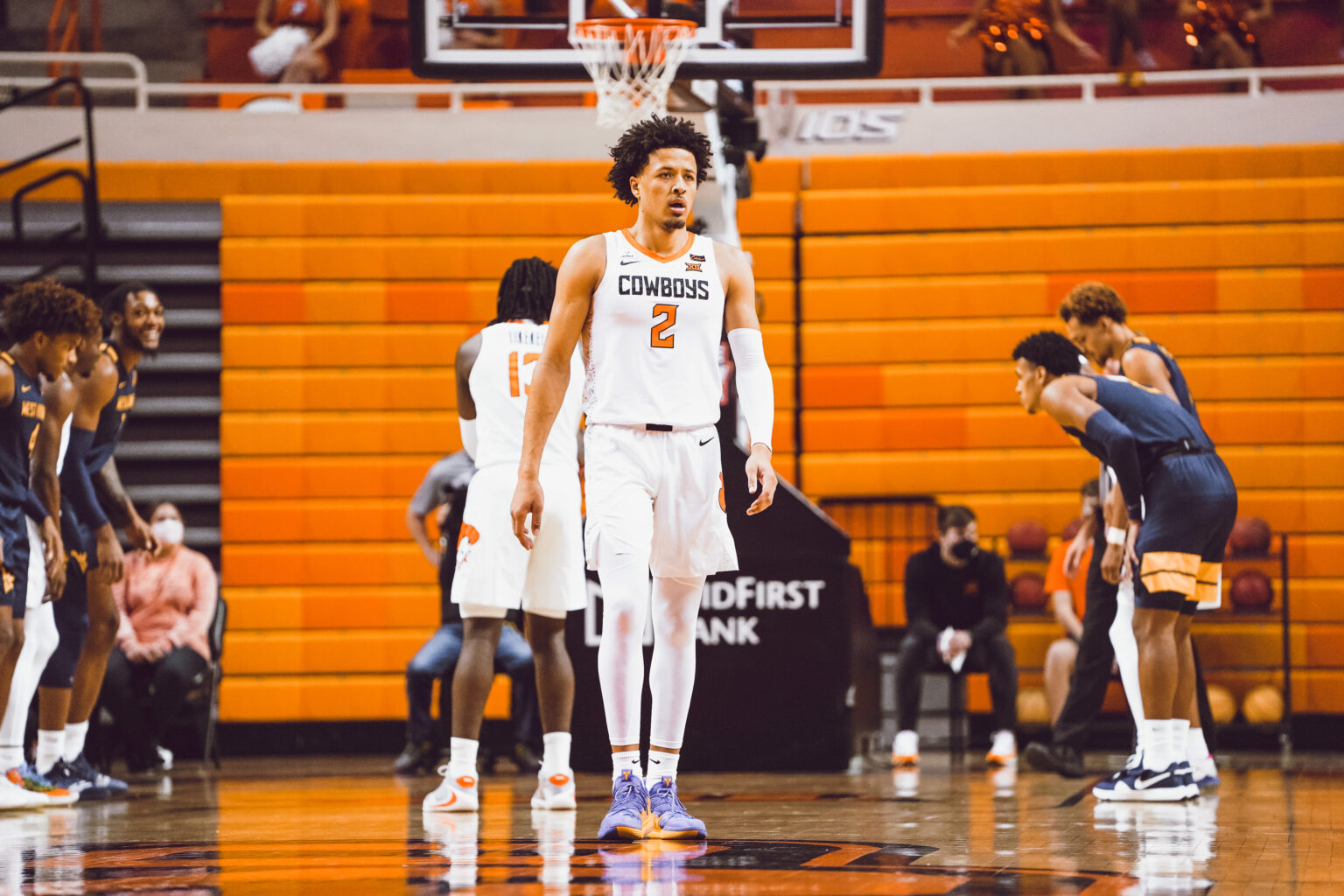 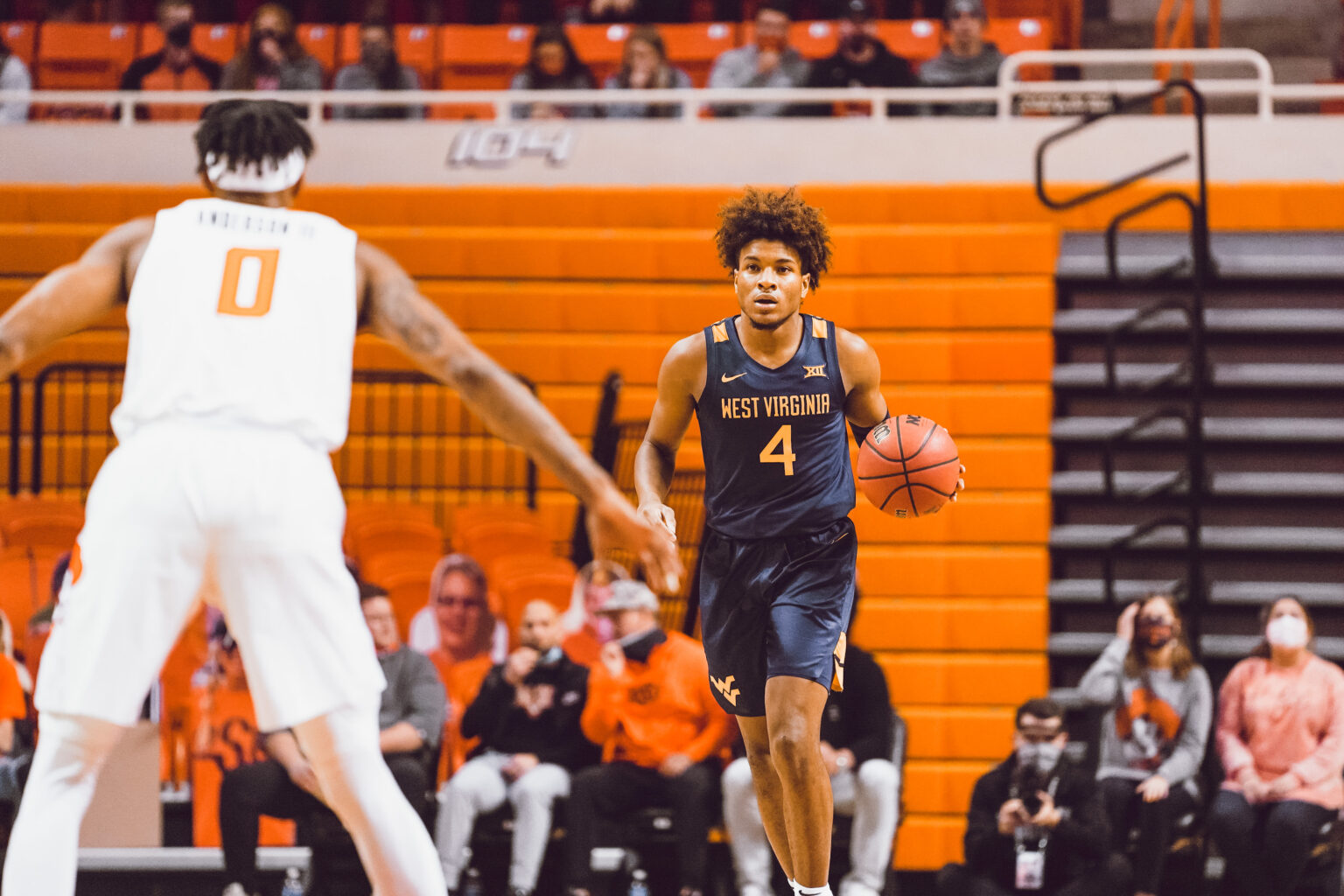 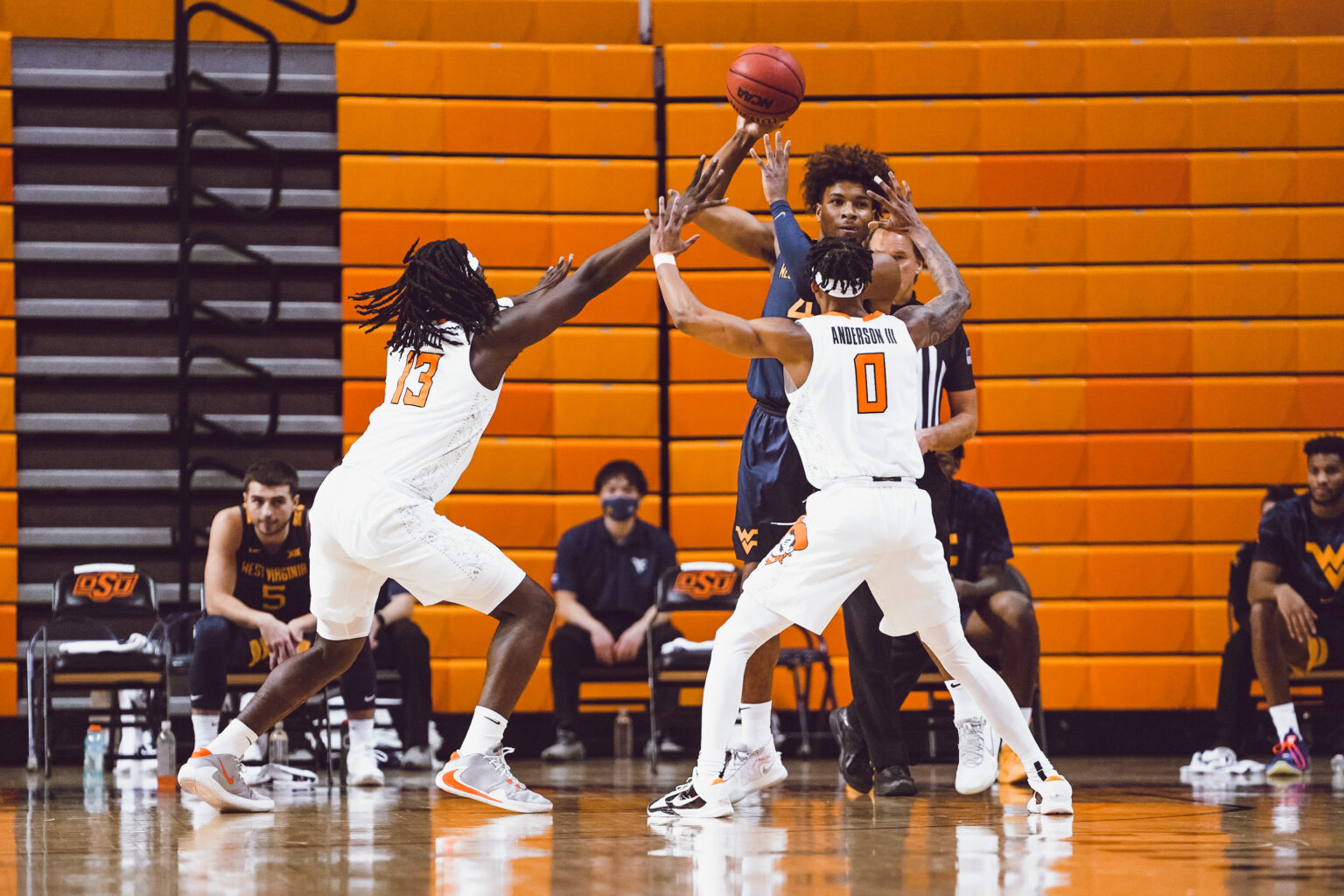 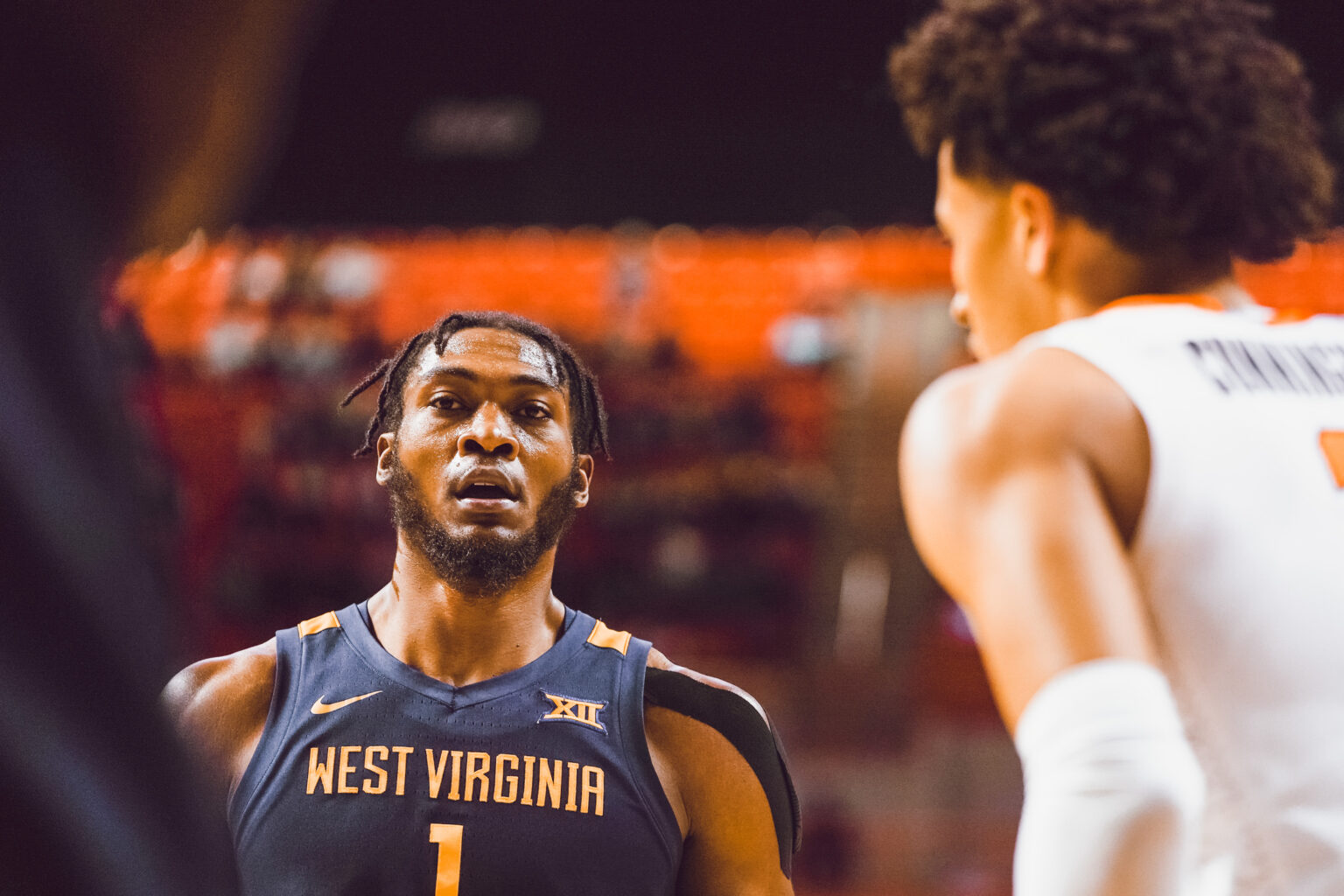 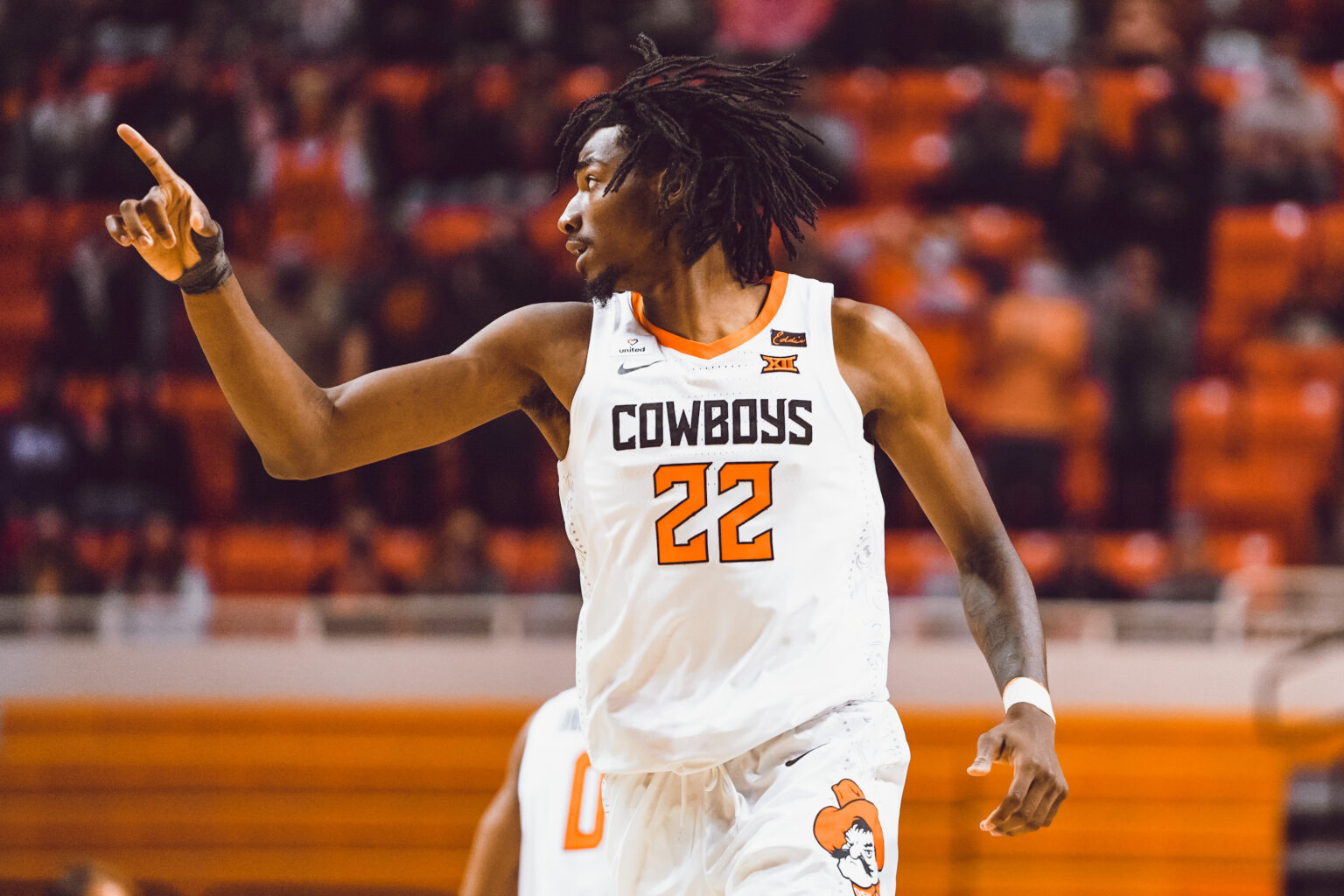 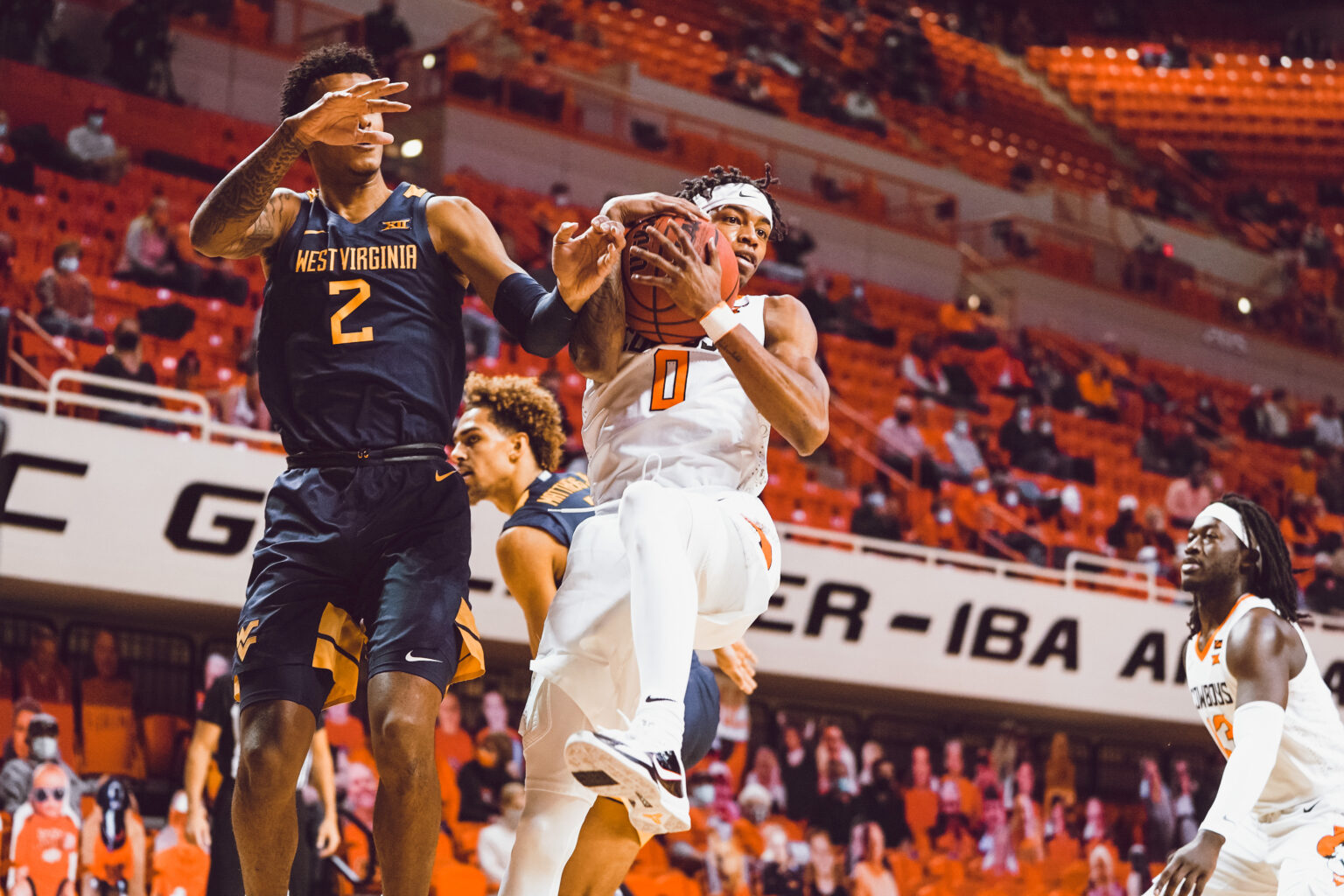 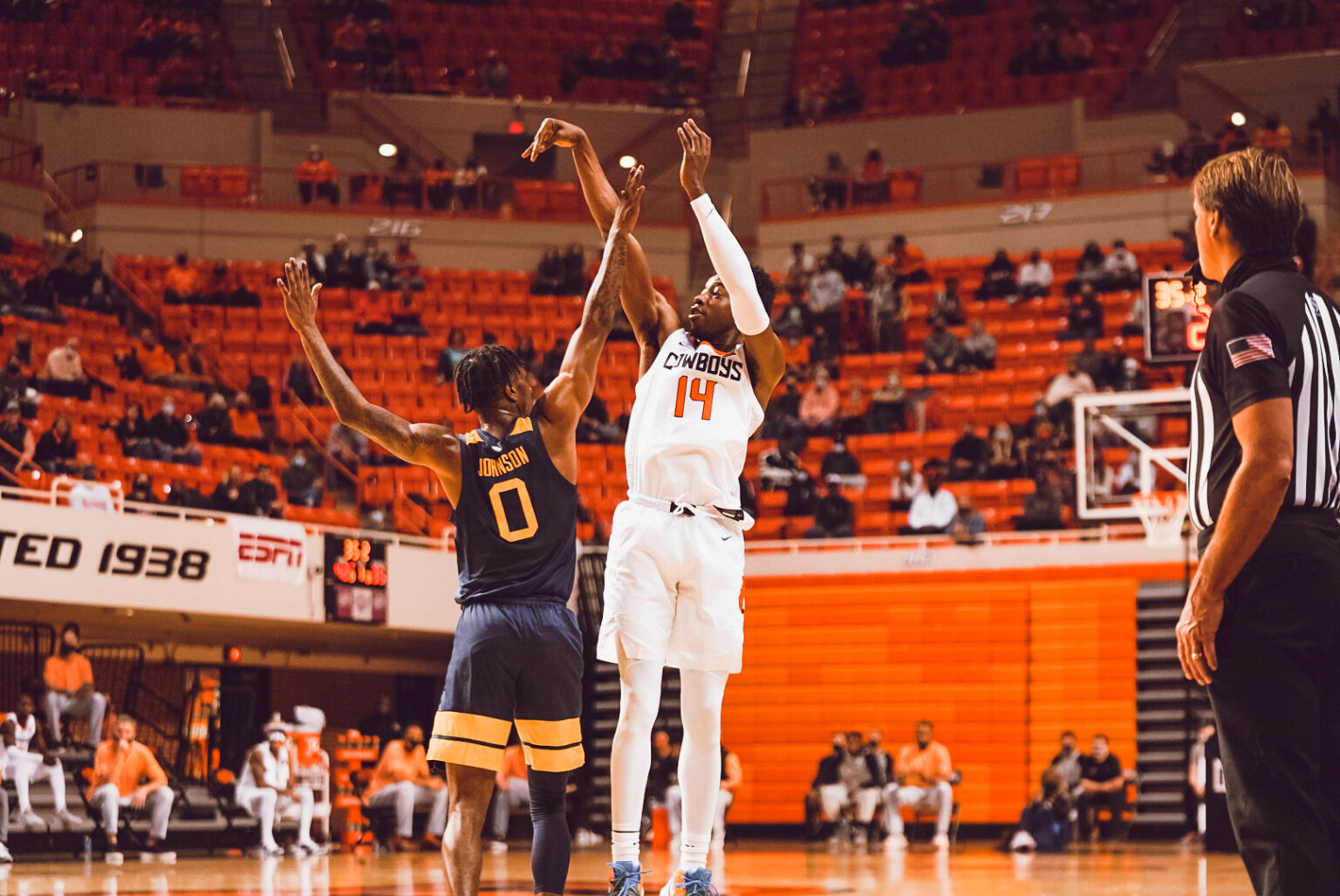 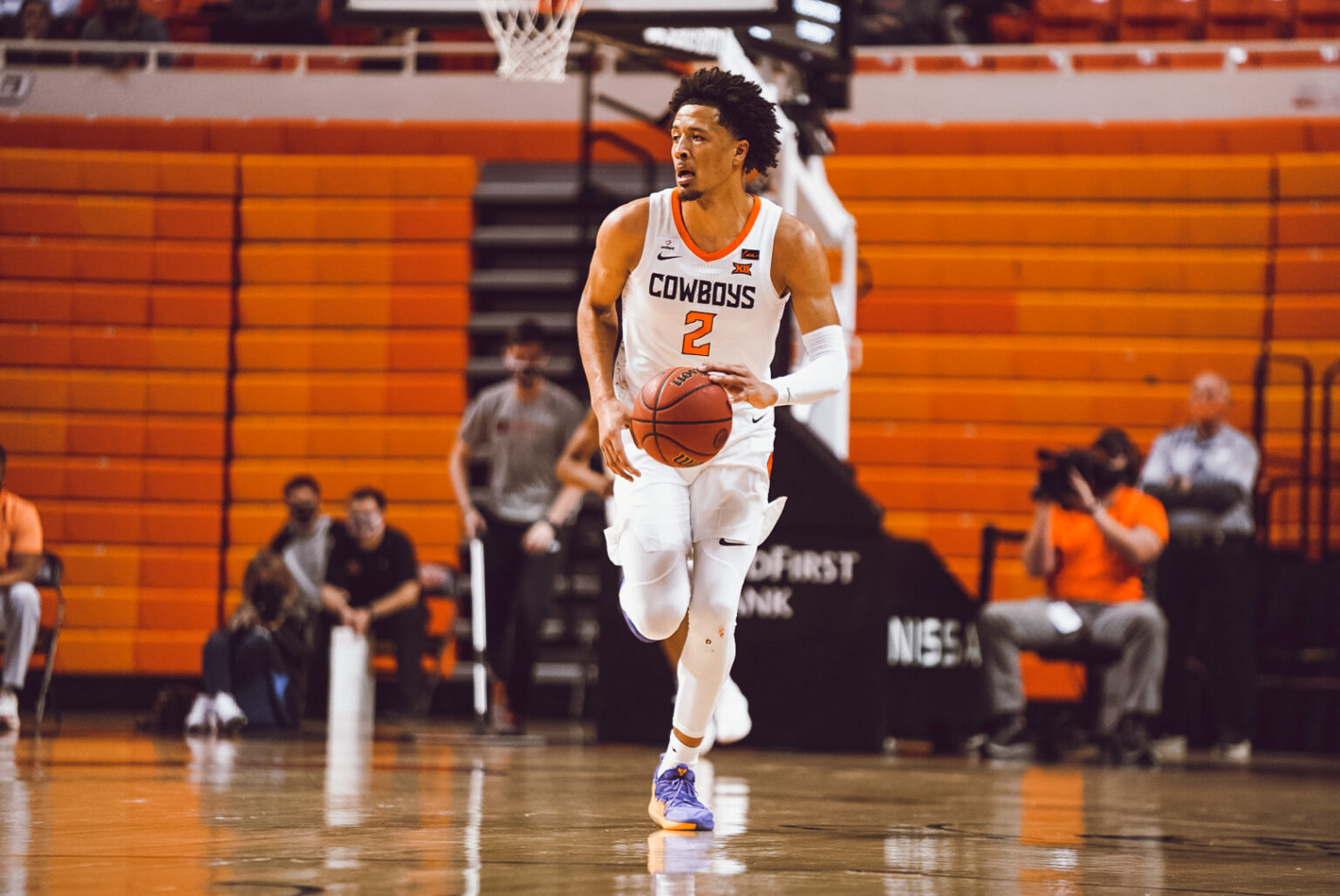 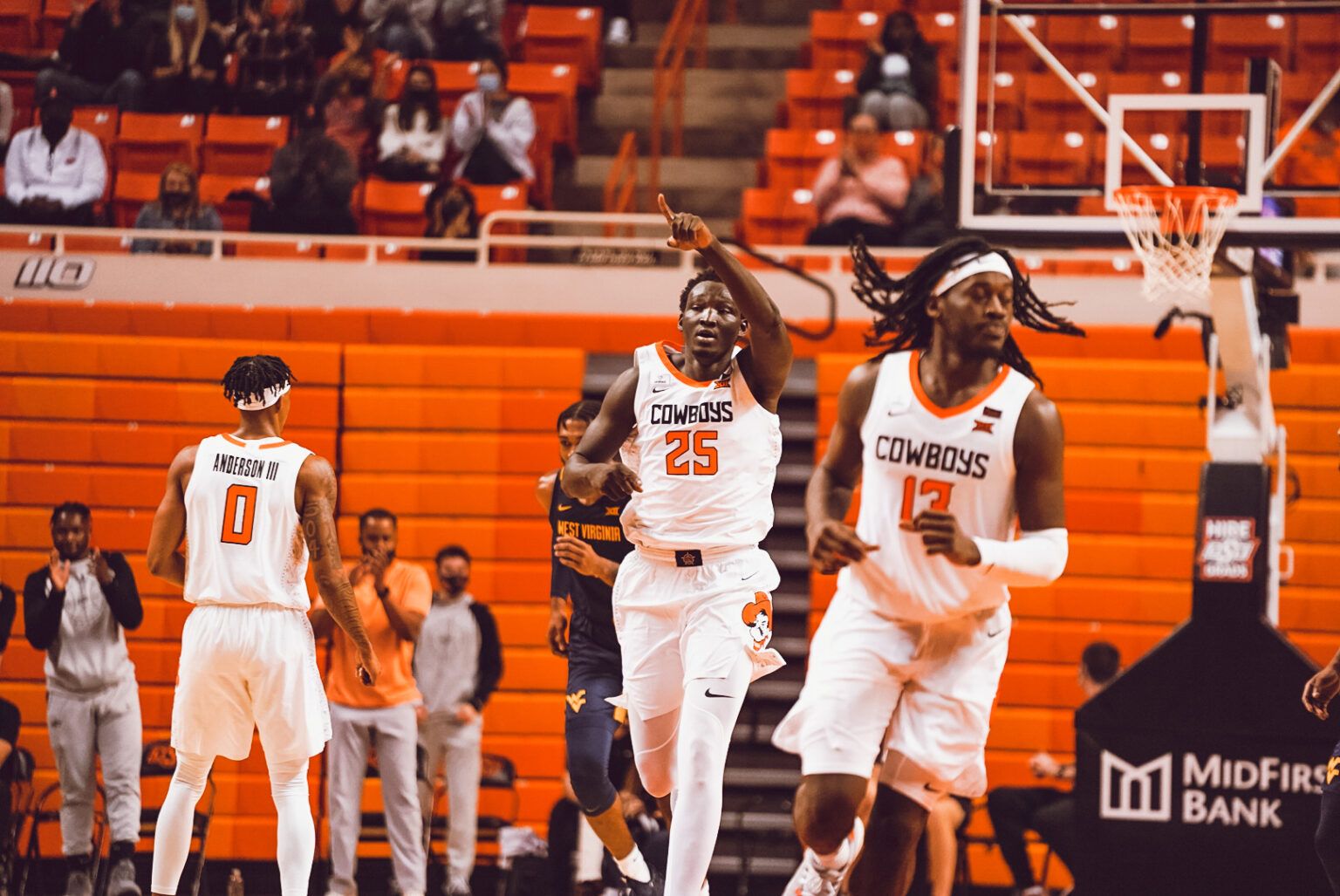 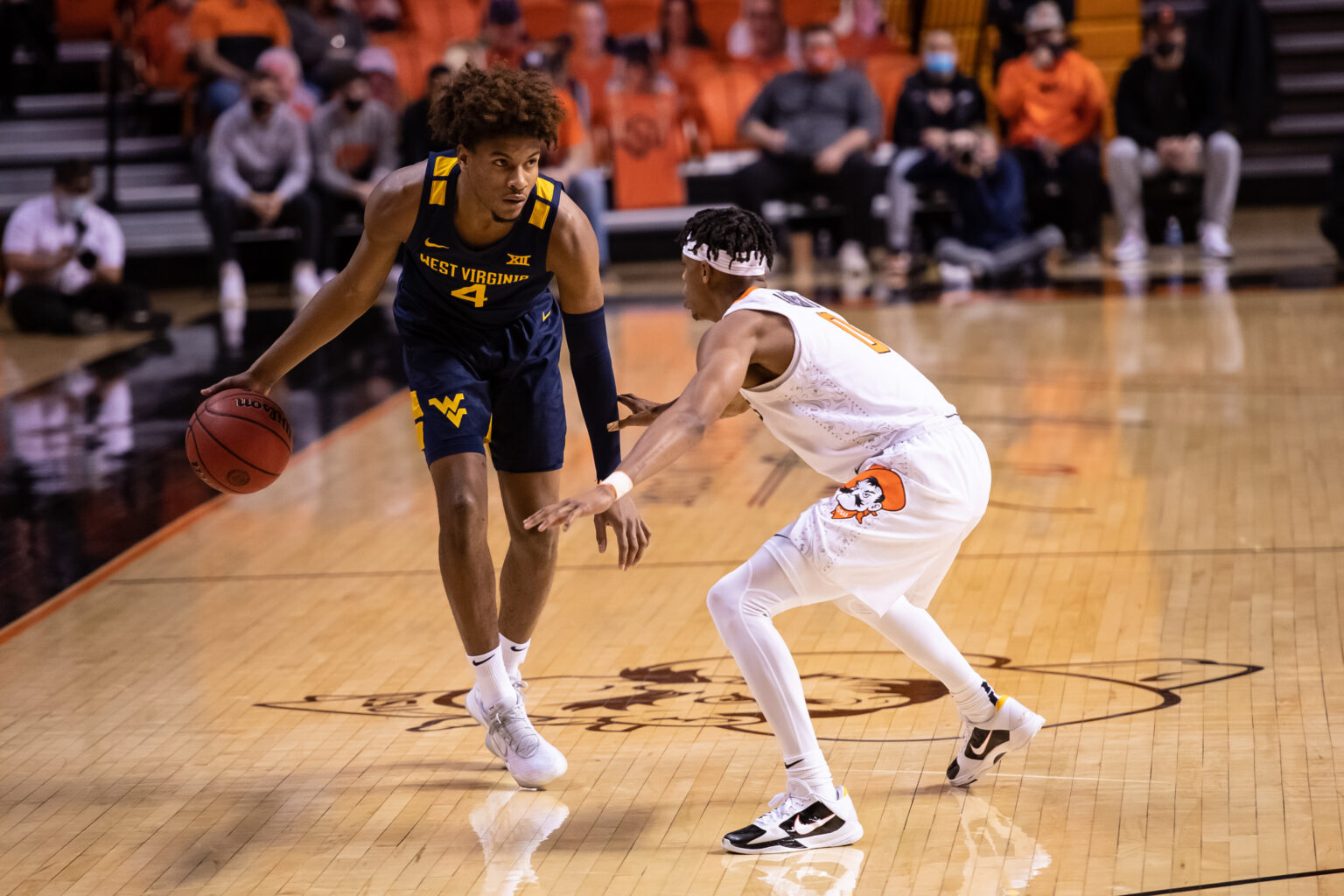 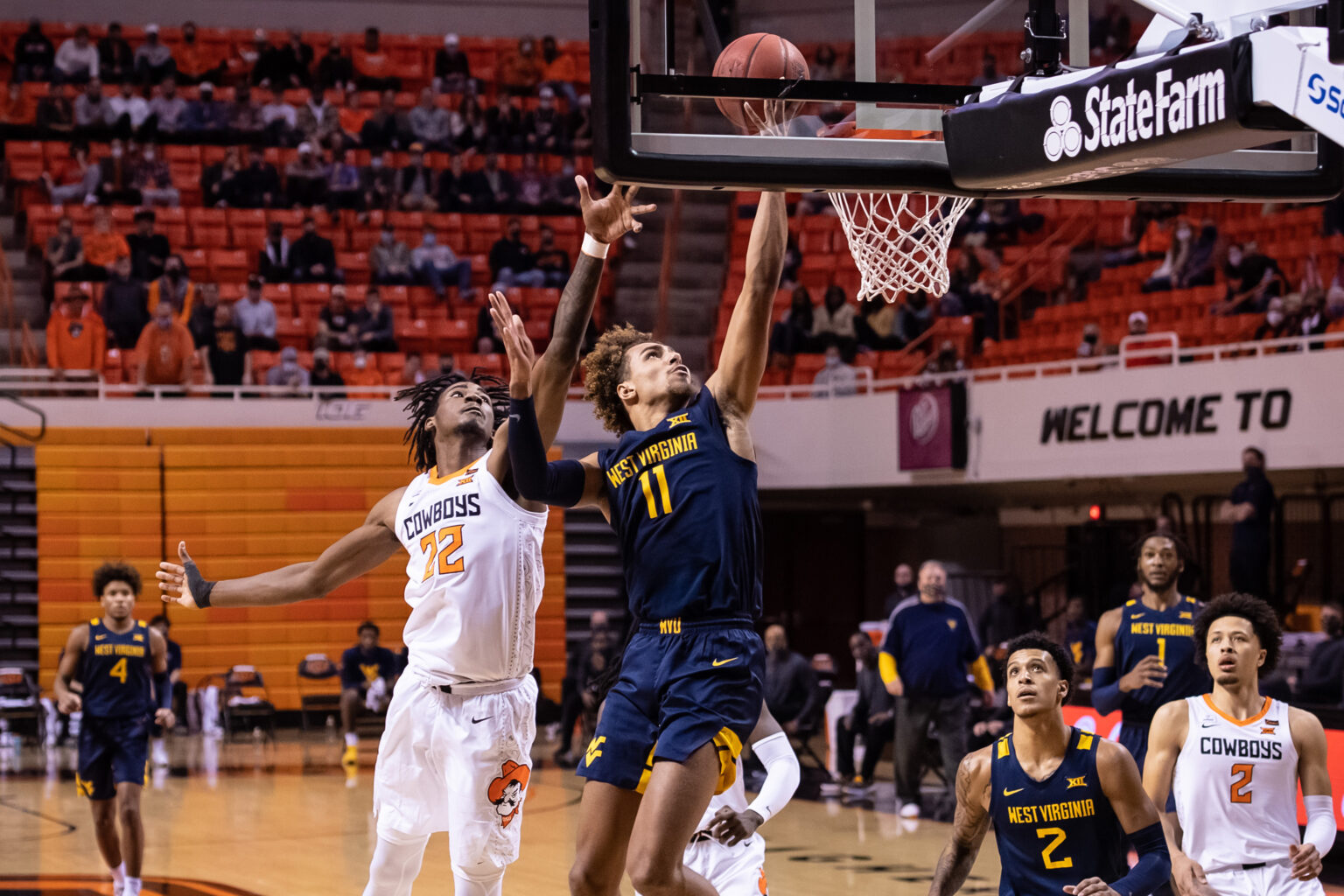 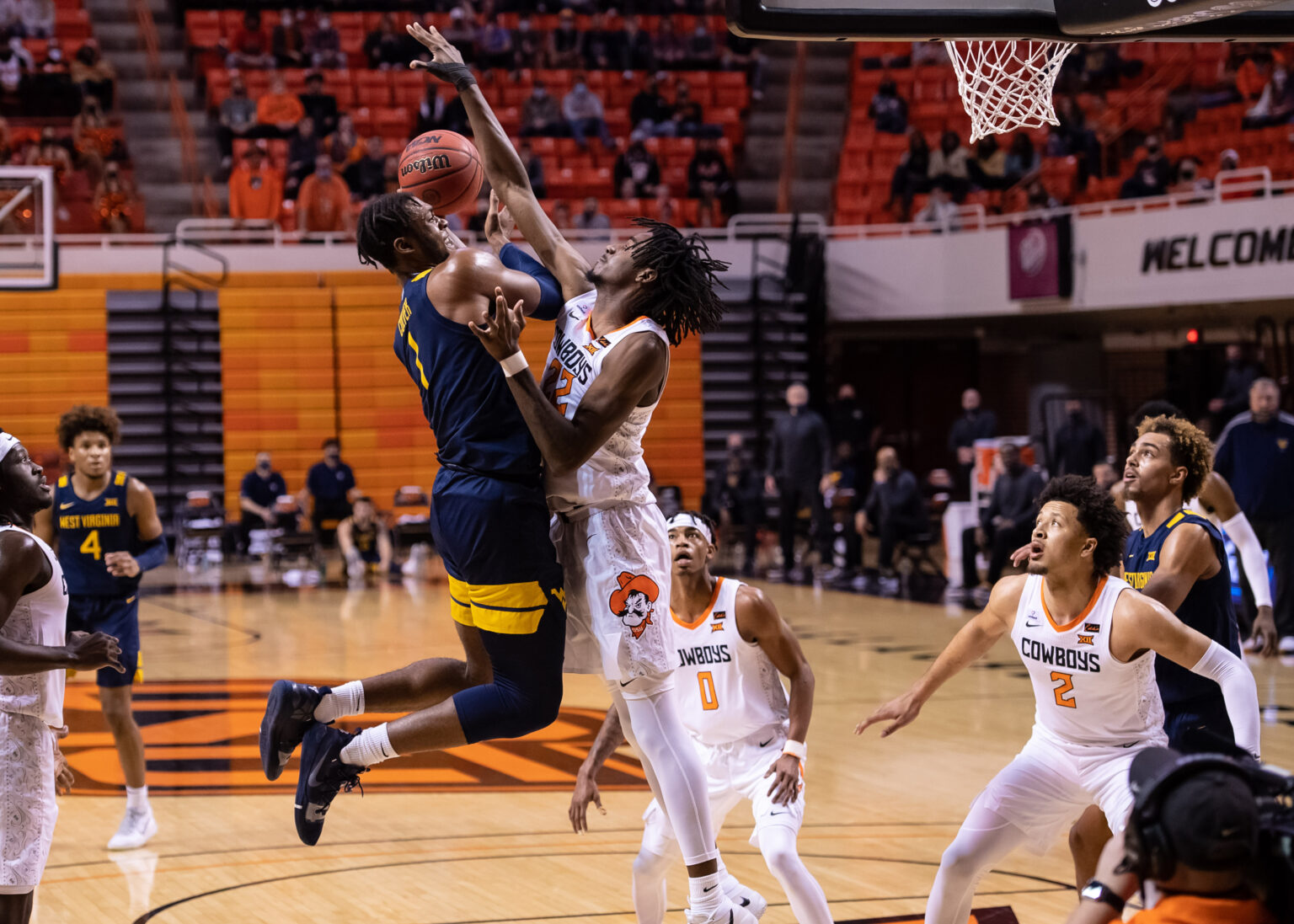 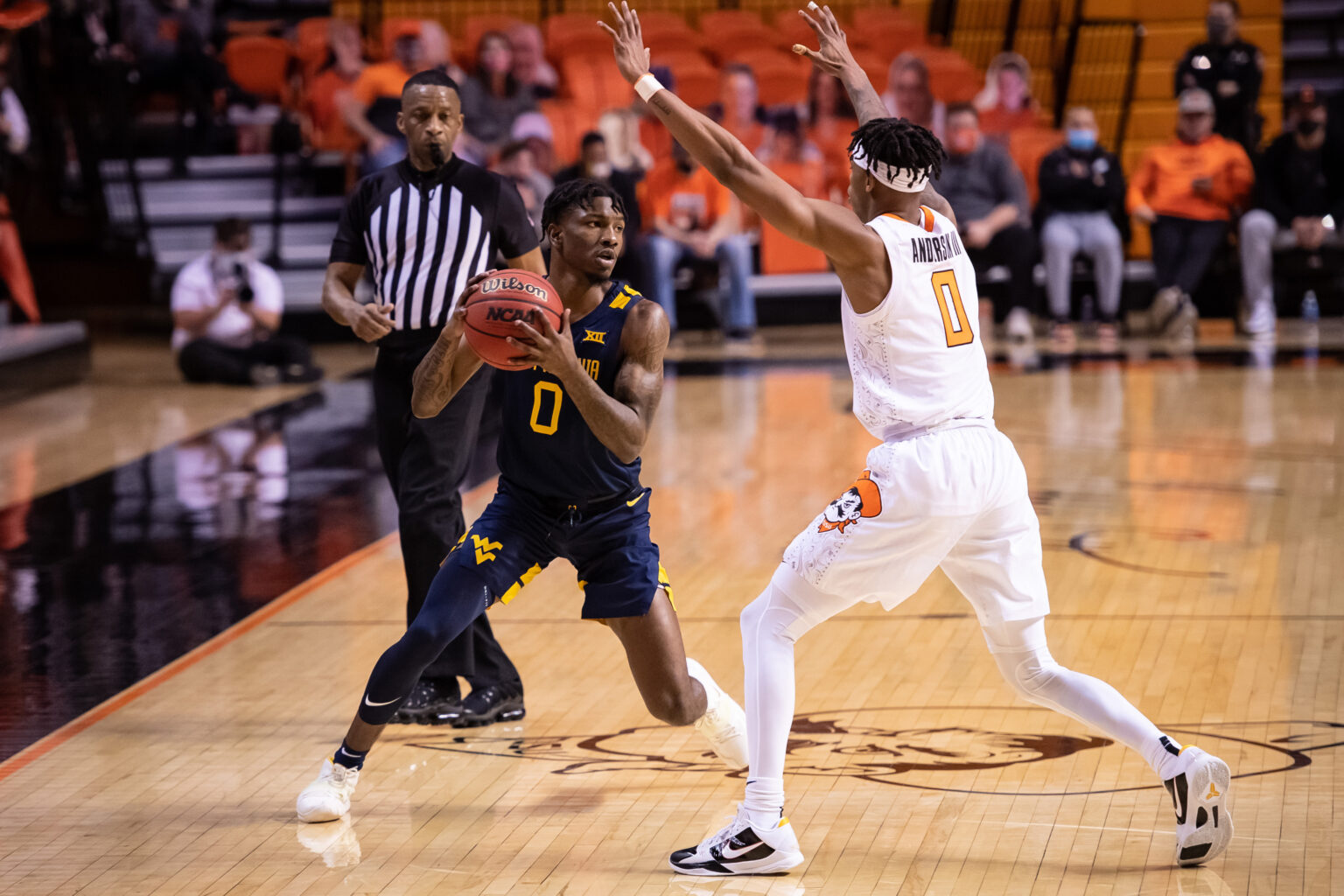 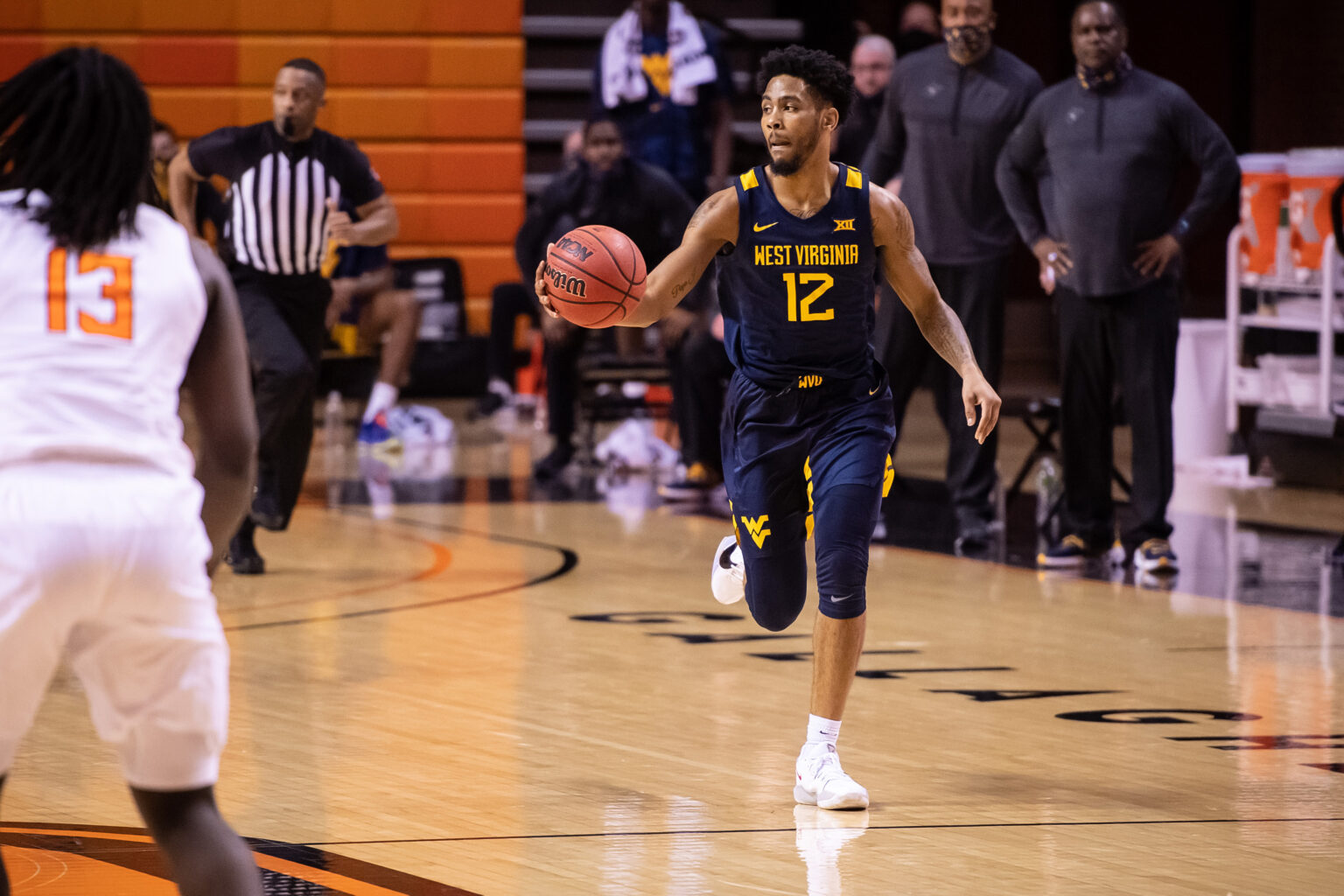 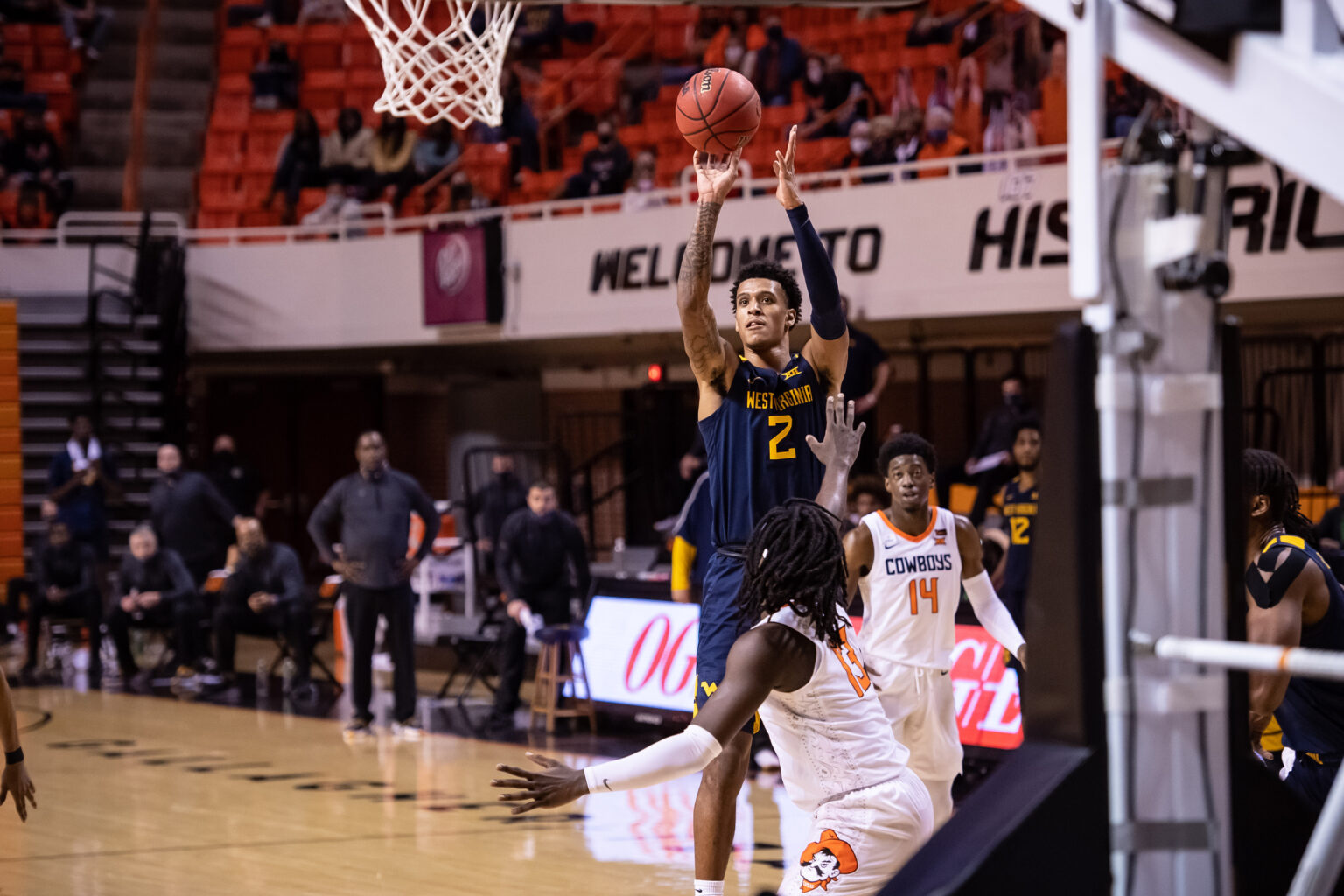 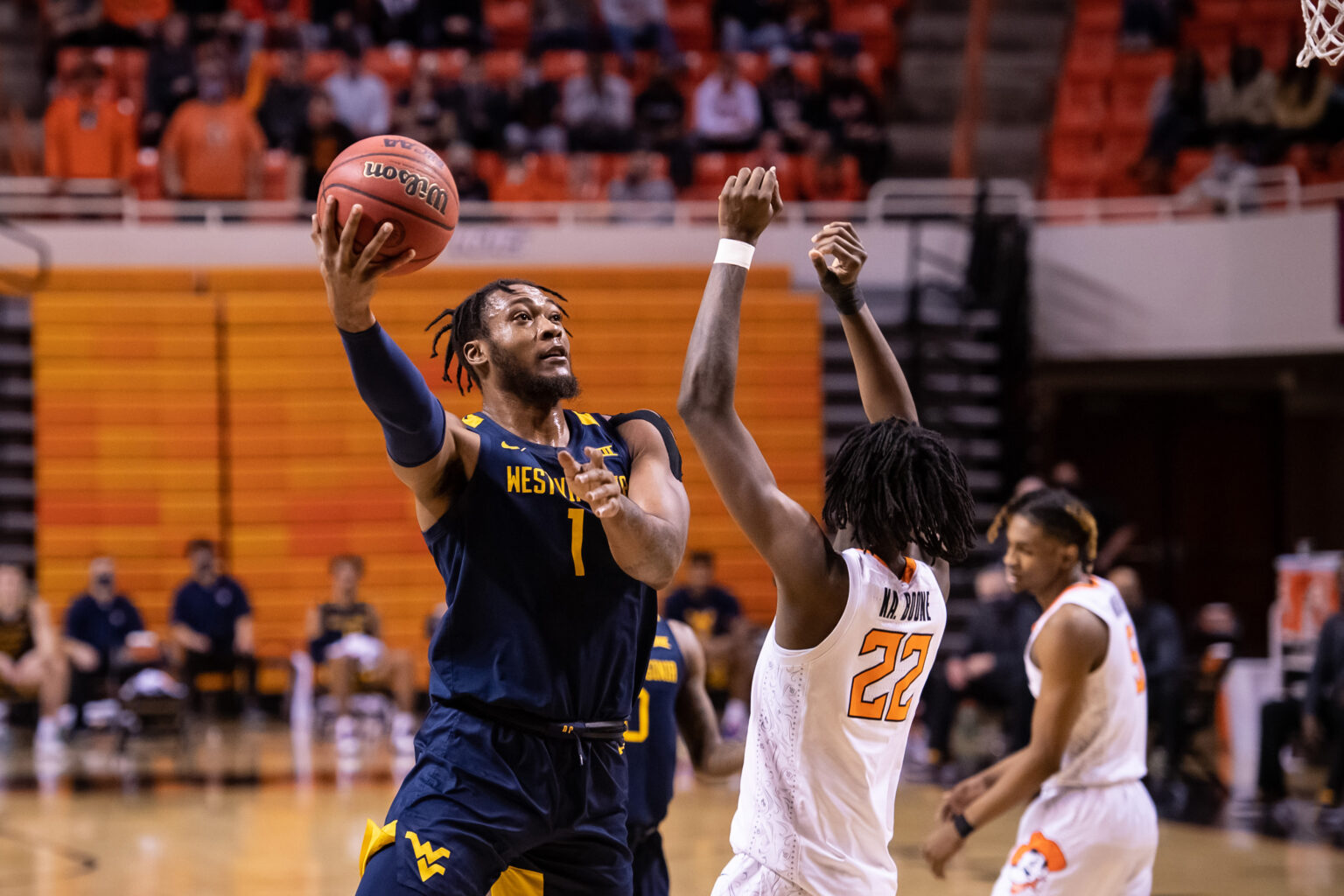 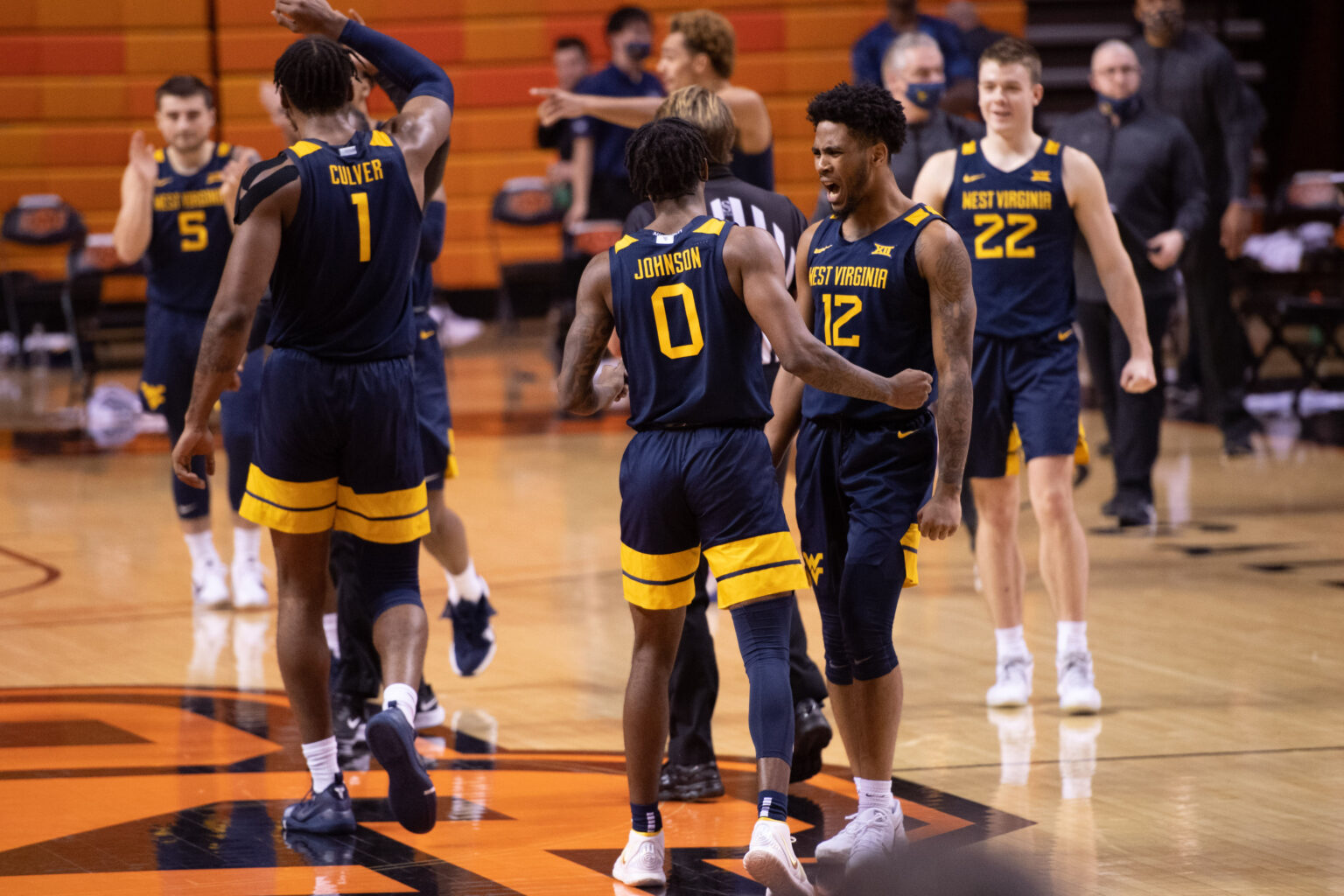 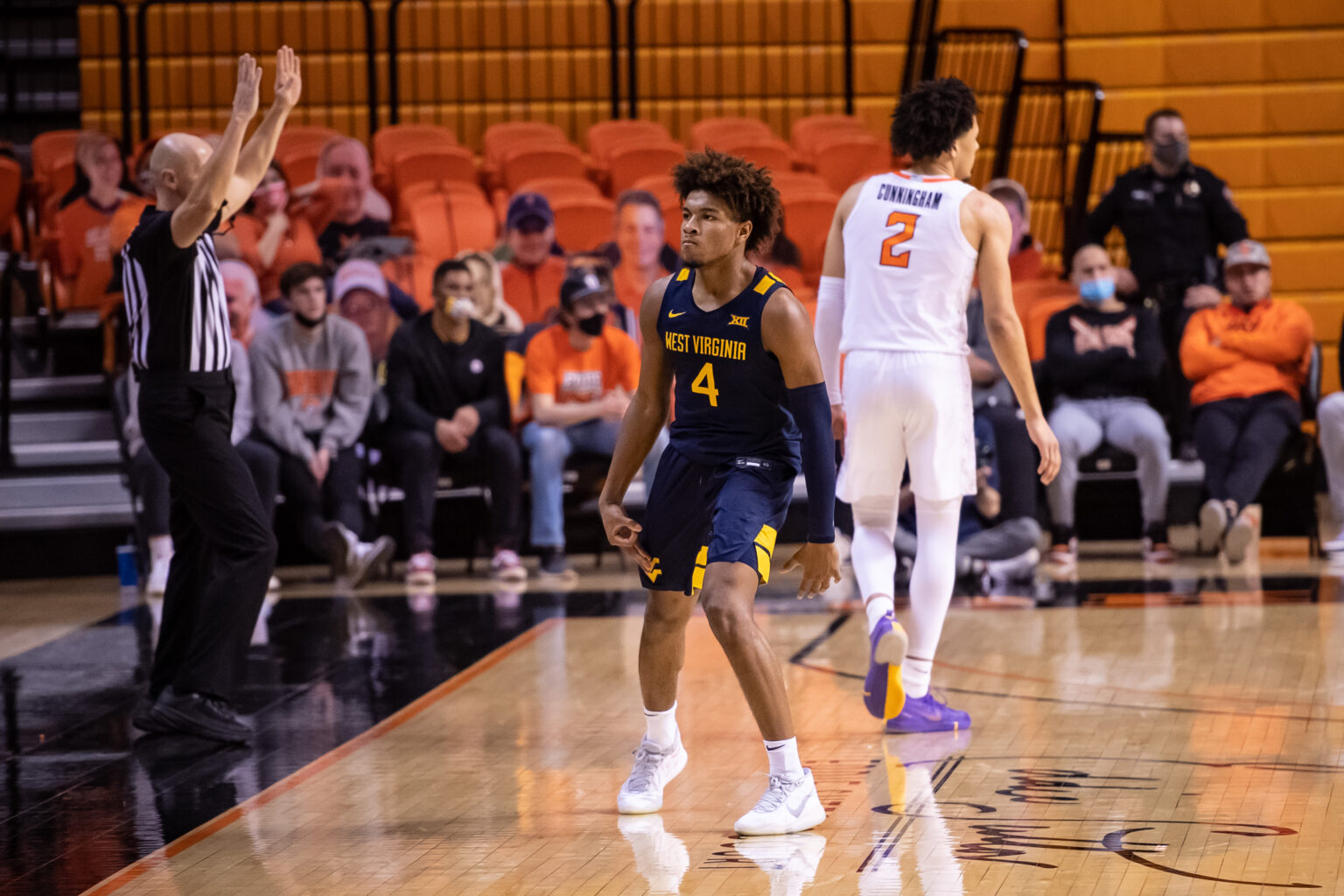 MORGANTOWN, W.Va. — For the second consecutive game, WVU erased a huge second half deficit on the road. This time, the Mountaineers finished the job.

Trailing by 19 points with 11:15 left, No. 14 West Virginia rallied to defeat Oklahoma State, 87-84 Monday night at Gallagher-Iba Arena. The Mountaineers outscored the Cowboys 38-16 to close out the game.

“We’ve got to stop doing that,” said WVU forward Derek Culver. “We have to stop spotting teams 19, 20 points every game. When we play against real good teams, things might not keep working out in our favor.”

“Adjusting to things that happened previously this week has been tough,” said WVU guard Deuce McBride. “We didn’t have that much time to prepare, honestly. But those things happened and we have to adapt.”

Oklahoma State took the lead in the opening minute of the game and held it for the entire first half. The Cowboys connected on their first five shots from the floor, jumping out to a 14-7 lead at the first media timeout.

West Virginia fell behind by a dozen as the Cowboys went on a 10-3 run. The Mountaineers struggled from beyond the arc early, making just two of their first eight 3-point attempts. They were 4-for-14 in the first half.

WVU crept within four points at 32-28 with six minutes to go in the half. But the Cowboys shot 53 percent from the floor in the opening half, extending their lead to ten points at 45-35.

Isaac Likekele made his first six shots from the floor in the first half, and he scored 16 points in the opening frame. Derek Culver notched a first-half double-double with eleven points and ten rebounds.

“We had a little sit down yesterday, (Derek) and I, about how far he has come,” WVU head coach Bob Huggins said. “Why do we not want to continue down that path? I didn’t think he gave us the kind of effort that we need to have from him (Saturday). Our guys look to him. He is the guy when we need a basket, he is the guy we will throw the ball to.”

For the second consecutive game, WVU trailed by double digits at halftime.

Likely NBA lottery pick Cade Cunningham heated up in the opening minutes of the second half. The Cowboys extended their lead to 14 points as Cunningham scored 10 points before the first media timeout.

OSU quickly extended the lead to 15 points at 64-49 after back-to-back uncontested layups. West Virginia responded with a 15-1 run, trimming the deficit to five points at 69-64. A breakaway slam off a steal by Emmitt Matthews capped the run with 7:46 to play.

WVU crept within four points at the final media timeout with the Cowboys clinging to a 75-71 lead. Within 90 seconds, the Mountaineers took their first lead of the game with a 10-0 run. Deuce McBride buried 3-pointers on back-to-back possessions, giving WVU a 79-75 lead with 2:30 to play.

Trailing 83-81 with thirty seconds left, Cunningham drove to the basket looking for the tying hoop but Kedrian Johnson drew an offensive foul for the Mountaineers. It was the fifth foul for Cunningham. Johnson and Sean McNeil made free throws and McBride added two more from the charity stripe as WVU held on for their second league victory. West Virginia closed the contest on a 38-16 run.

“I don’t think we can be any worse defensively than we were the last two games,” Huggins said. “Until the end of the game, we were horrible.”

Culver posted his sixth double-double on the season with a team-best 22 points. He also grabbed 19 rebounds. Culver was held to two points in Saturday’s loss at OU.

McBride scored 19 of his 21 points after halftime, 17 of those came in the final 11 minutes. “He loves those moments,” Huggins said. “He loves the opportunity to take charge. He got in foul trouble and we couldn’t play him as much in the first half. So he was a little fresher I think. He loves the moment and doesn’t shy away from the challenge.”

Taz Sherman scored 13 of his 20 points in the second half. “For whatever reason, we have struggled from the perimeter. He has been our most consistent perimeter shooter,” Huggins said. “You put him in the same backcourt with Deuce, we can make some shots and it makes a heck of a difference.”

While making their second half surge, the Mountaineers yielded just two field goals to the Cowboys in a span of over nine minutes.

Johnson scored nine points in his most significant minutes as a Mountaineer. Six of those points came in the game-ending surge over the final 11 minutes.

“Their dribble penetration was absolutely killing us,” Huggins said. “(Kedrian) can you go stop somebody? He said, ‘Yes sir’. I thought he was terrific. I thought he was far and away the difference in the game.”

“I see it in practice everyday when (Kedrian) guards me and I know how tough of a defender he is,” said McBride. “He guards the right way. He shows his hands and moves his feet. If he can come in and lock up another player, it makes it that much easier.”

“They are all significant in this league,” Huggins said. “You look at what Texas did to Kansas, at Kansas. We have them coming in on Saturday and it is a great challenge.”