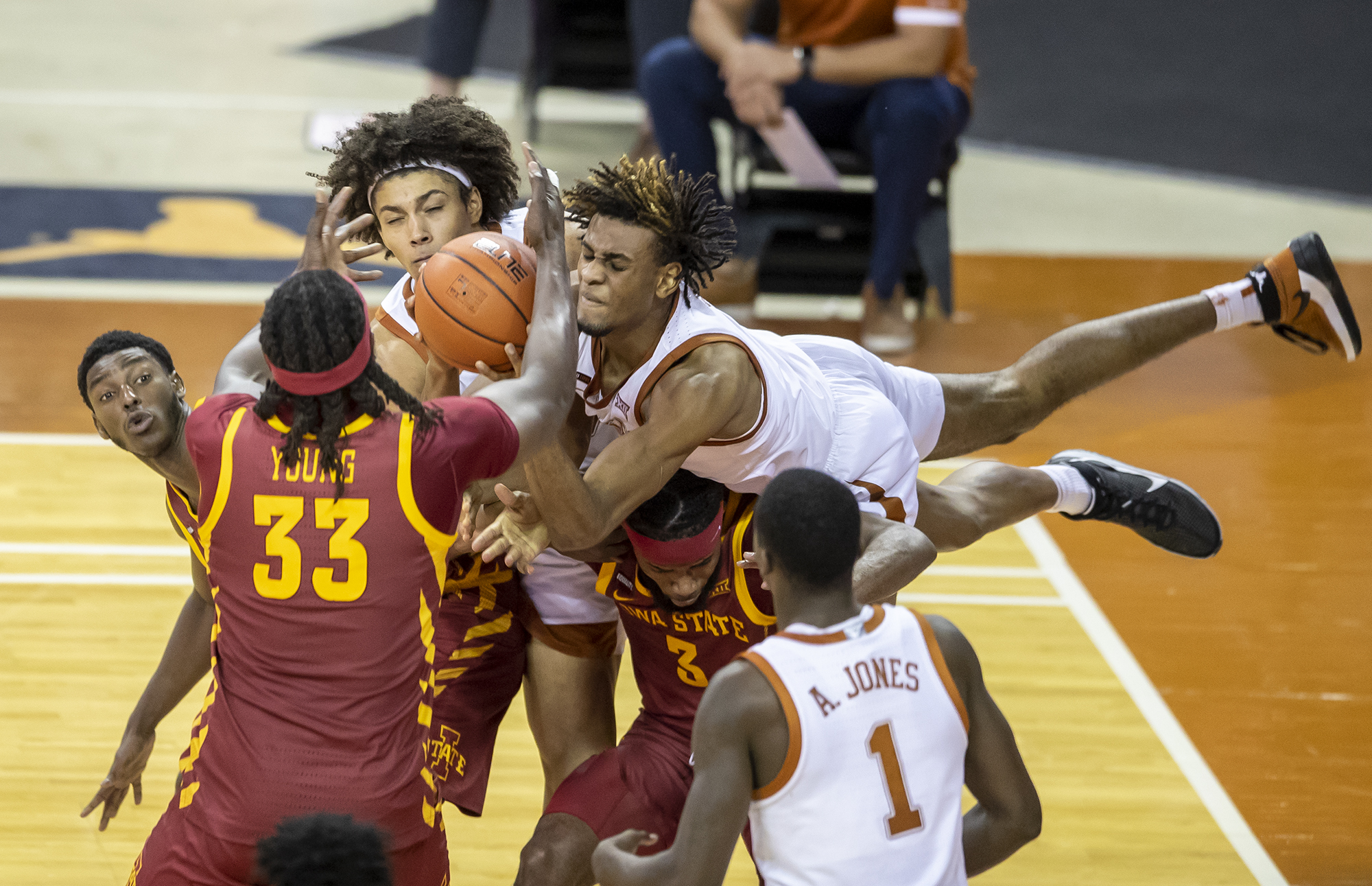 MORGANTOWN, W.Va. — Looking to capitalize off momentum from Monday’s 87-84 win at Oklahoma State in which the Mountaineers rallied back from 19 points down with 11 minutes to play, WVU will host No. 4 Texas Saturday afternoon at the Coliseum. The game will tipoff at 1 p.m. and will be televised on ESPN. No fans from the general public will be admitted.

Bob Huggins says the four days in between games haven’t been entirely recuperative for his team.

“We’ve got a couple guys with the flu, not COVID-19, they have been tested,” Huggins said. “The flu can make you pretty sick and we have some guys that are sick. We’re banged up. We’re not what we were going into last week physically. But they’ll respond. They always do.”

The Longhorns are off to a 9-1 start for the second consecutive season. Under sixth-year head coach Shaka Smart, the Longhorns had a post player selected in the first round of the NBA Draft in three consecutive seasons (Jarrett Allen in 2017, Mo Bamba in 2018 and Jaxson Hayes in 2019). This year, UT’s top three scorers are veteran guards.

“Obviously, they have recruited well again. But I think the difference in their team is the experience they have at their guard positions. Their guards are playing extremely well, are very poised and know what Shaka (Smart) wants done,” Huggins said.

“They are terrific in transition. They can all run like crazy. We have to make it I think more of a half court game. We can’t get all spread out and run up and down the floor with them.”

In their 3-0 start to Big 12 play, Texas has defeated Iowa State and Oklahoma State at home. They also rolled over Kansas by 25 points in Lawrence.

“They do a really good job of forcing teams to play fast and making teams uncomfortable,” said WVU sophomore guard Deuce McBride. “They’ve got a lot of guys that can run up and down and that’s what they want to do. It is going to be our job to slow the pace down. Even though we are going to slow it down, we have to execute better.”

“They kind of play like us defensively,” said WVU senior guard Taz Sherman. “They don’t allow the ball to be reversed. They definitely make you be strong with the ball. If you are loose with the ball, they will pressure you and eventually turn you over or get you to force a bad shot.”

On their recent road trip to Oklahoma, the Mountaineers erased a pair of sizable second half deficits. In addition to their furious comeback at OSU, WVU also battled back from an 18-point halftime deficit at Oklahoma. They fell 75-71 in the late minutes.

“The start of making a comeback is to get everyone on the same page and to let everyone know we are not losing. Both games, it was somebody in the huddle saying, ‘We are not going to lose this game. We are going to win this game and we are going to find a way’,” said Sherman.

“Even though we don’t necessarily want to have to come back every game, that definitely shows resiliency as a team.”