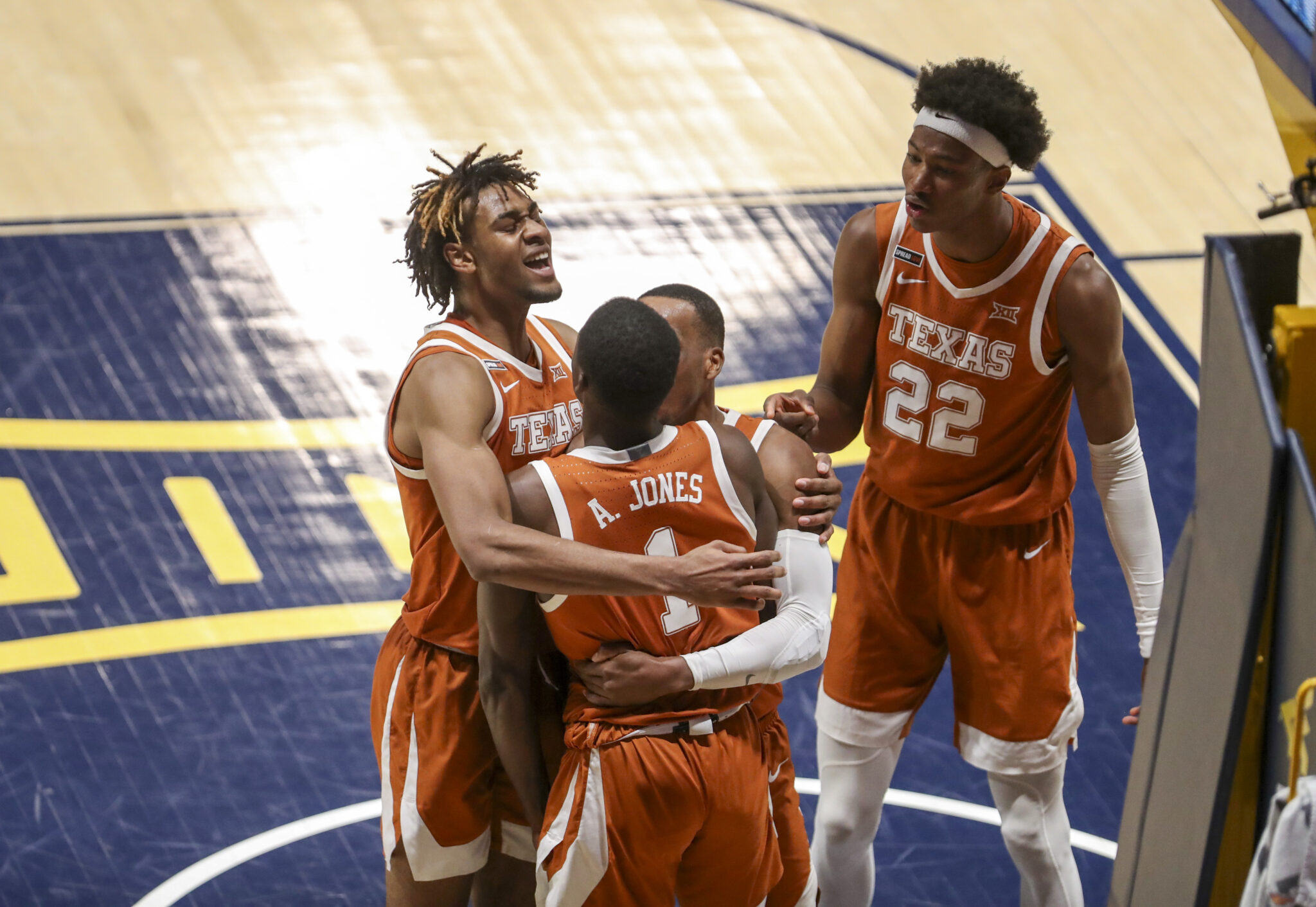 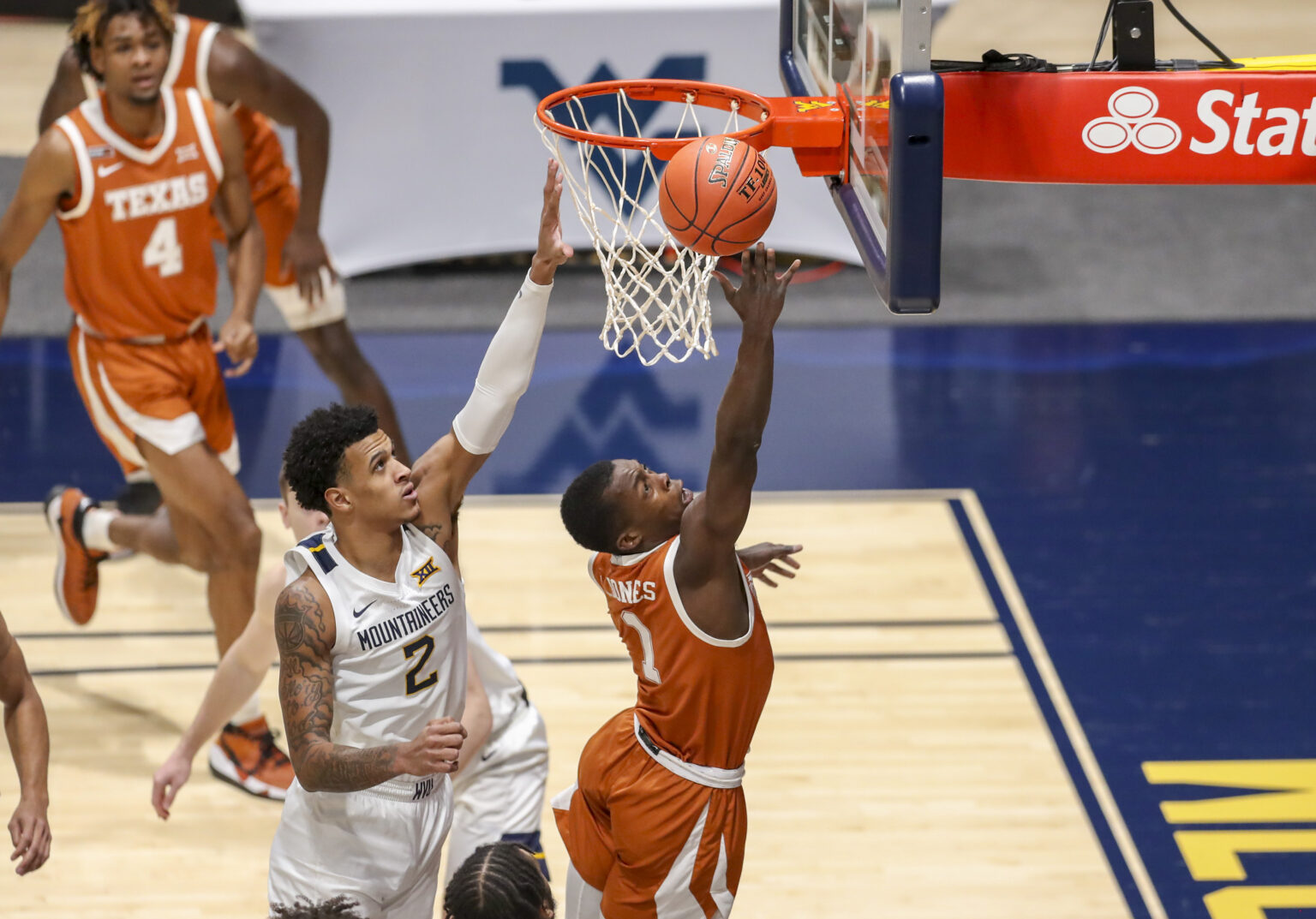 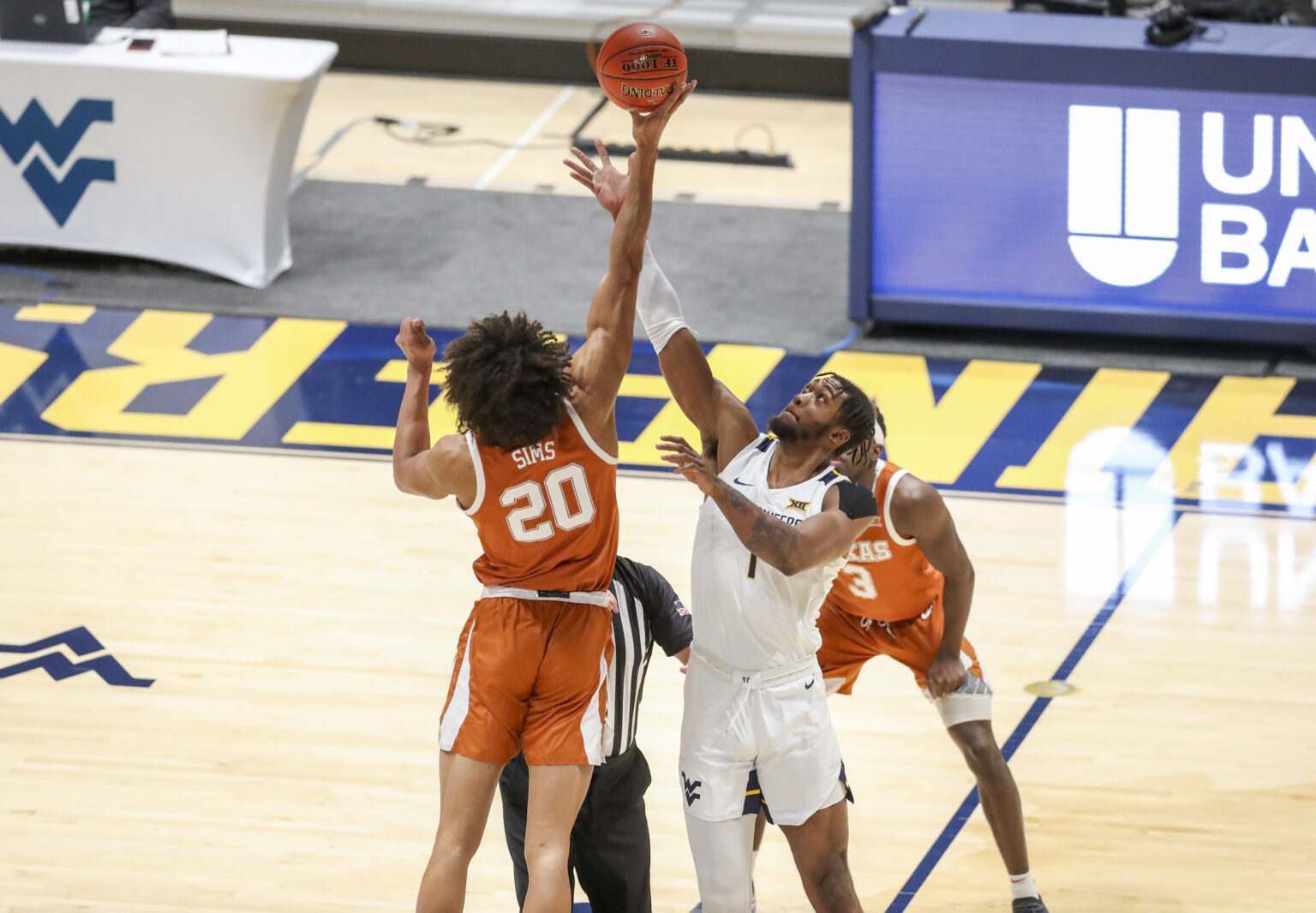 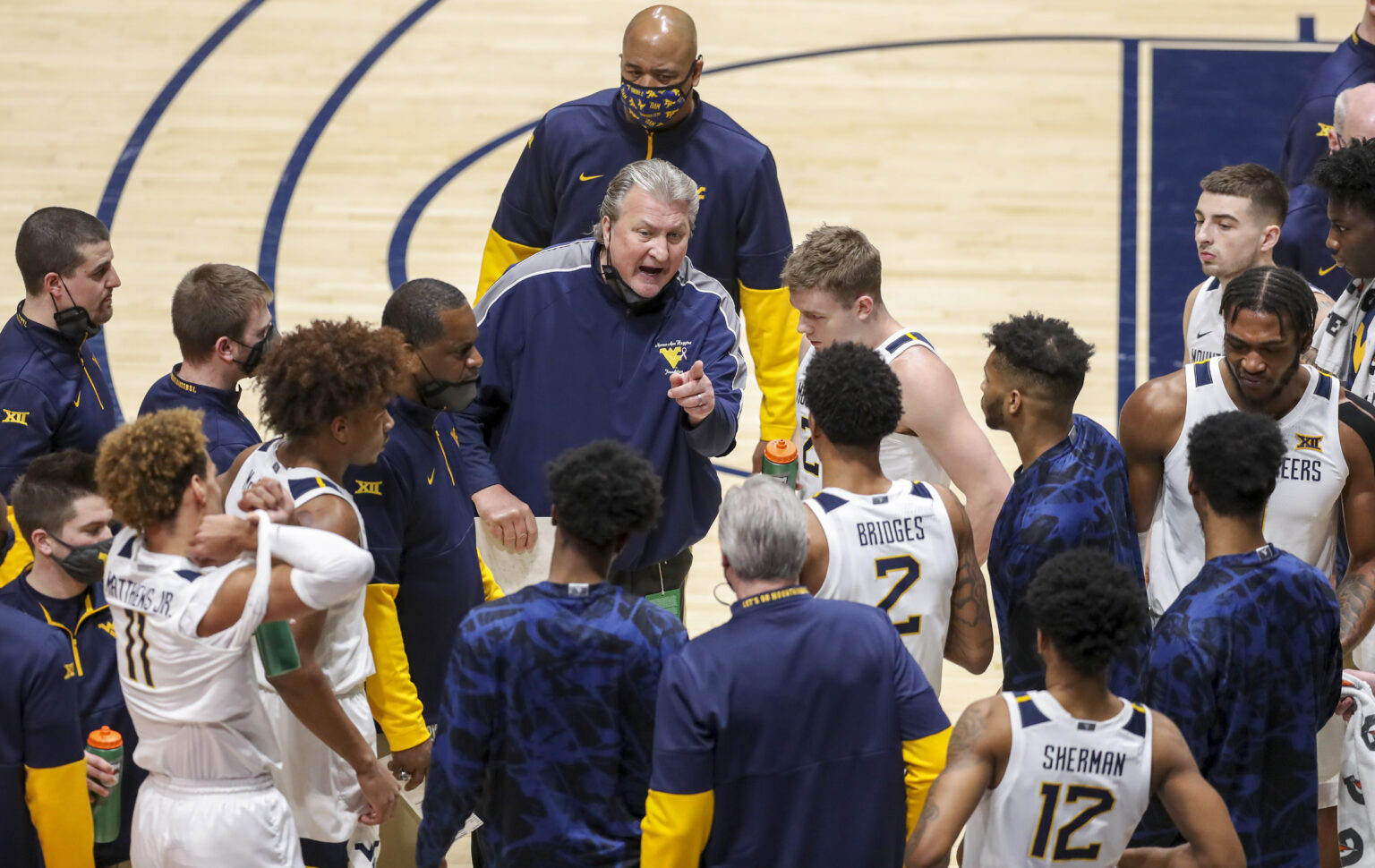 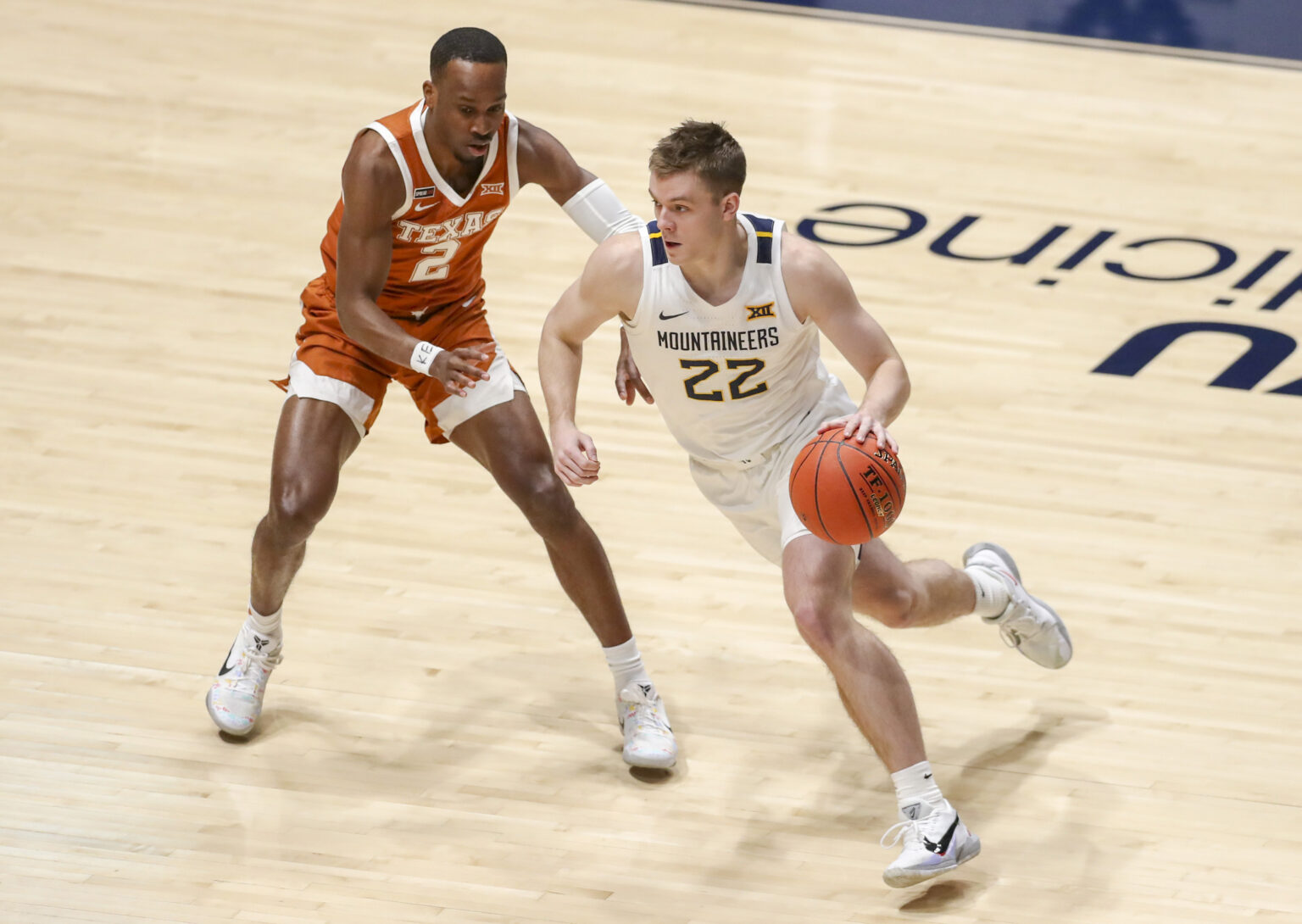 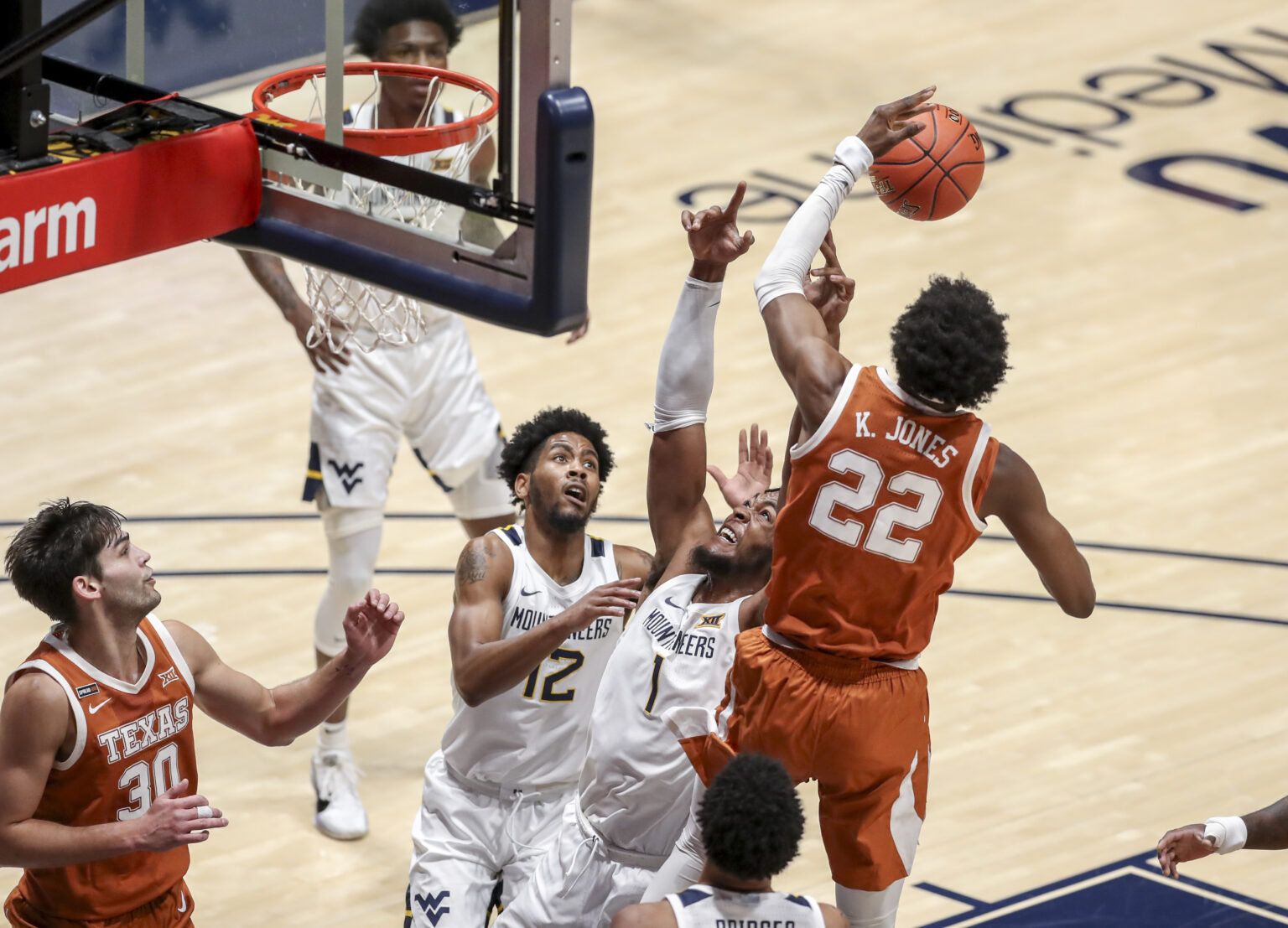 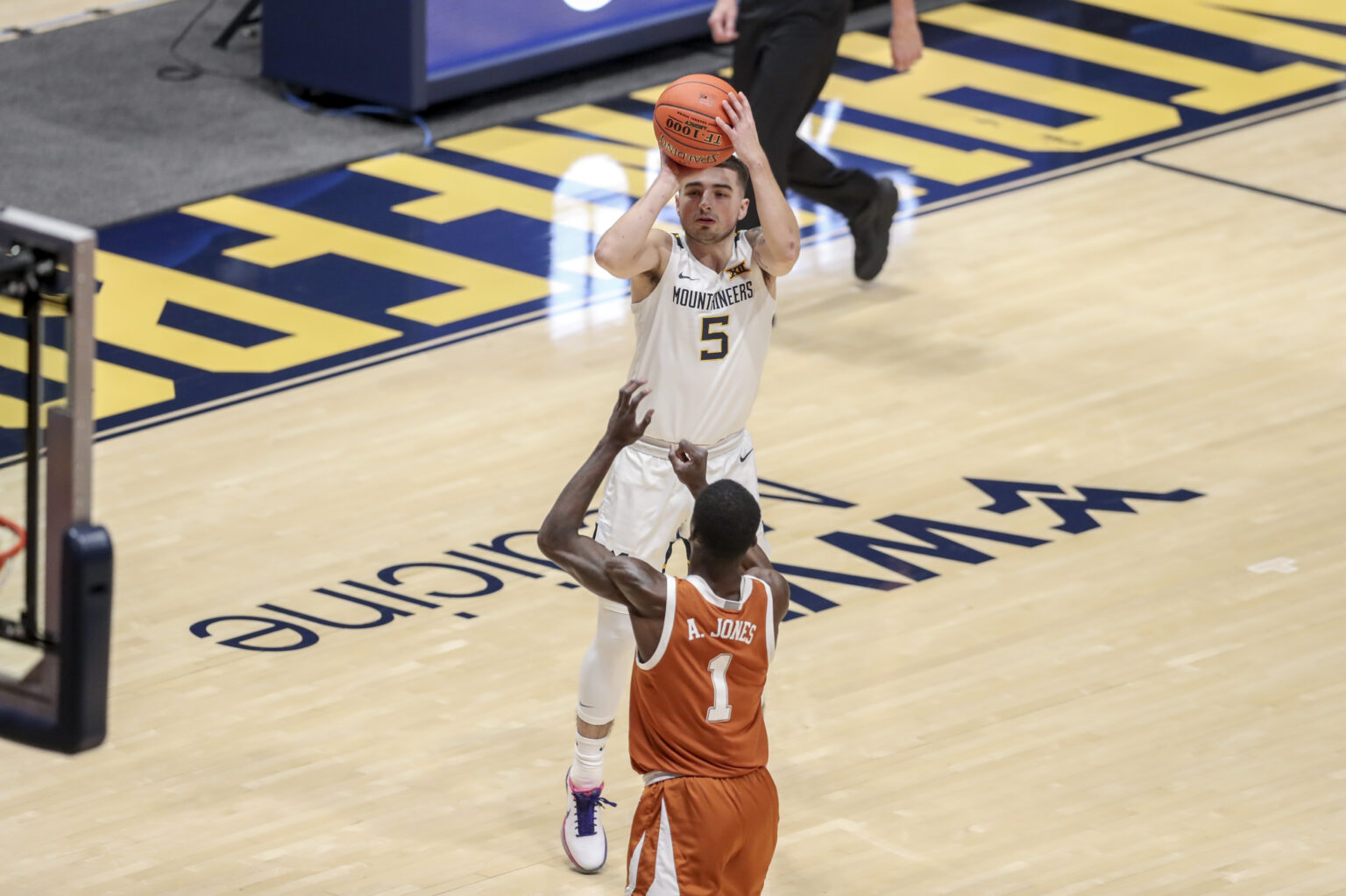 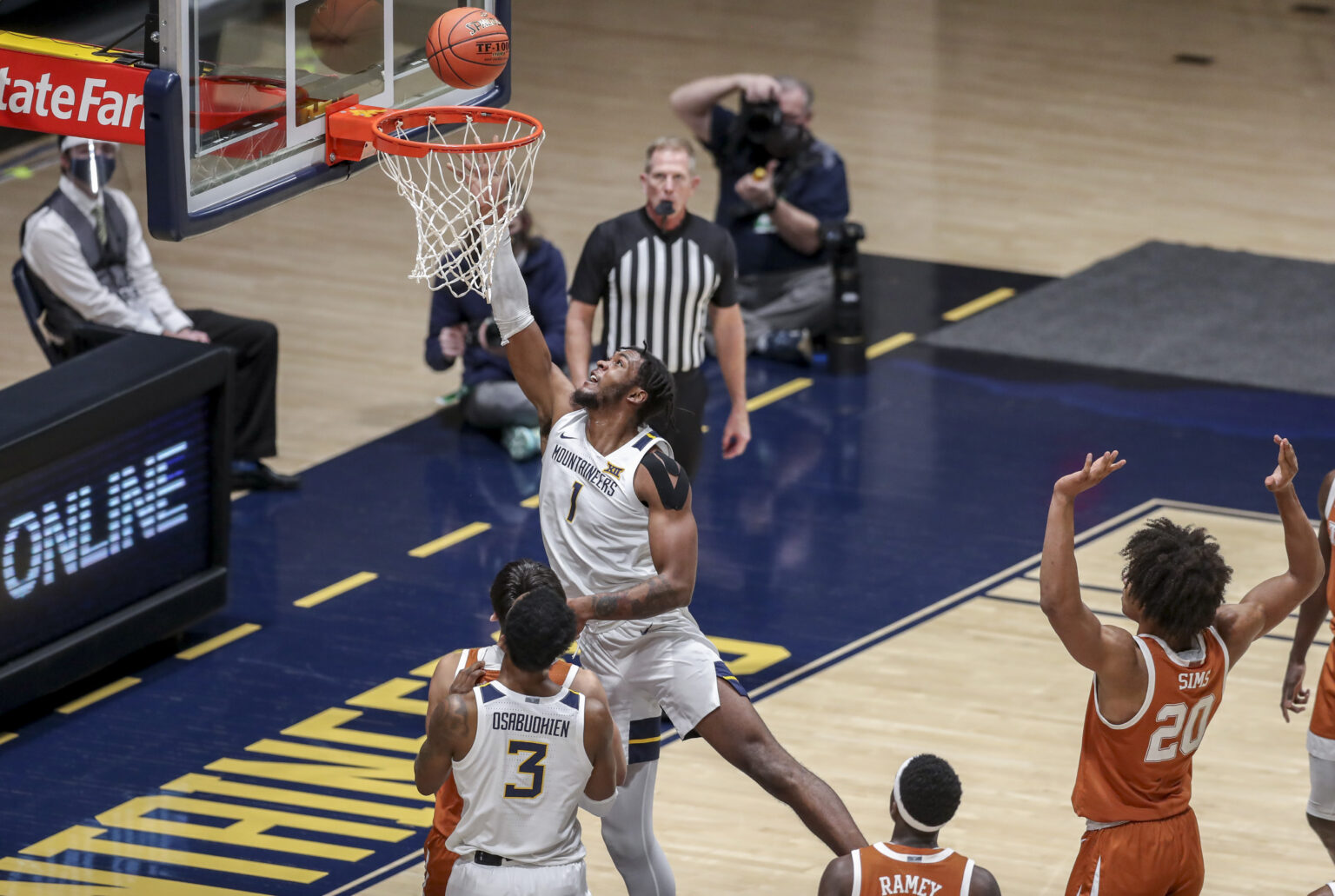 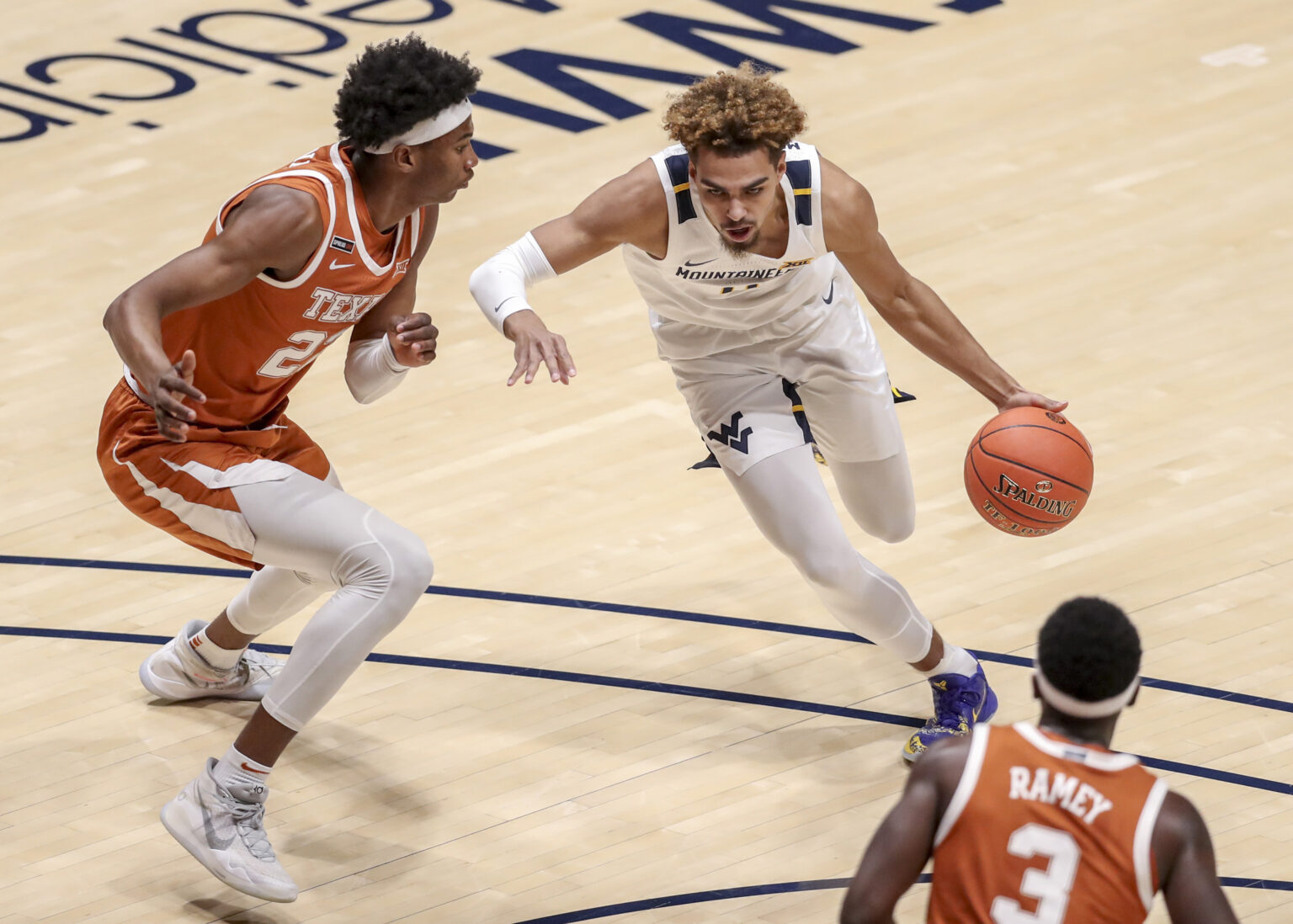 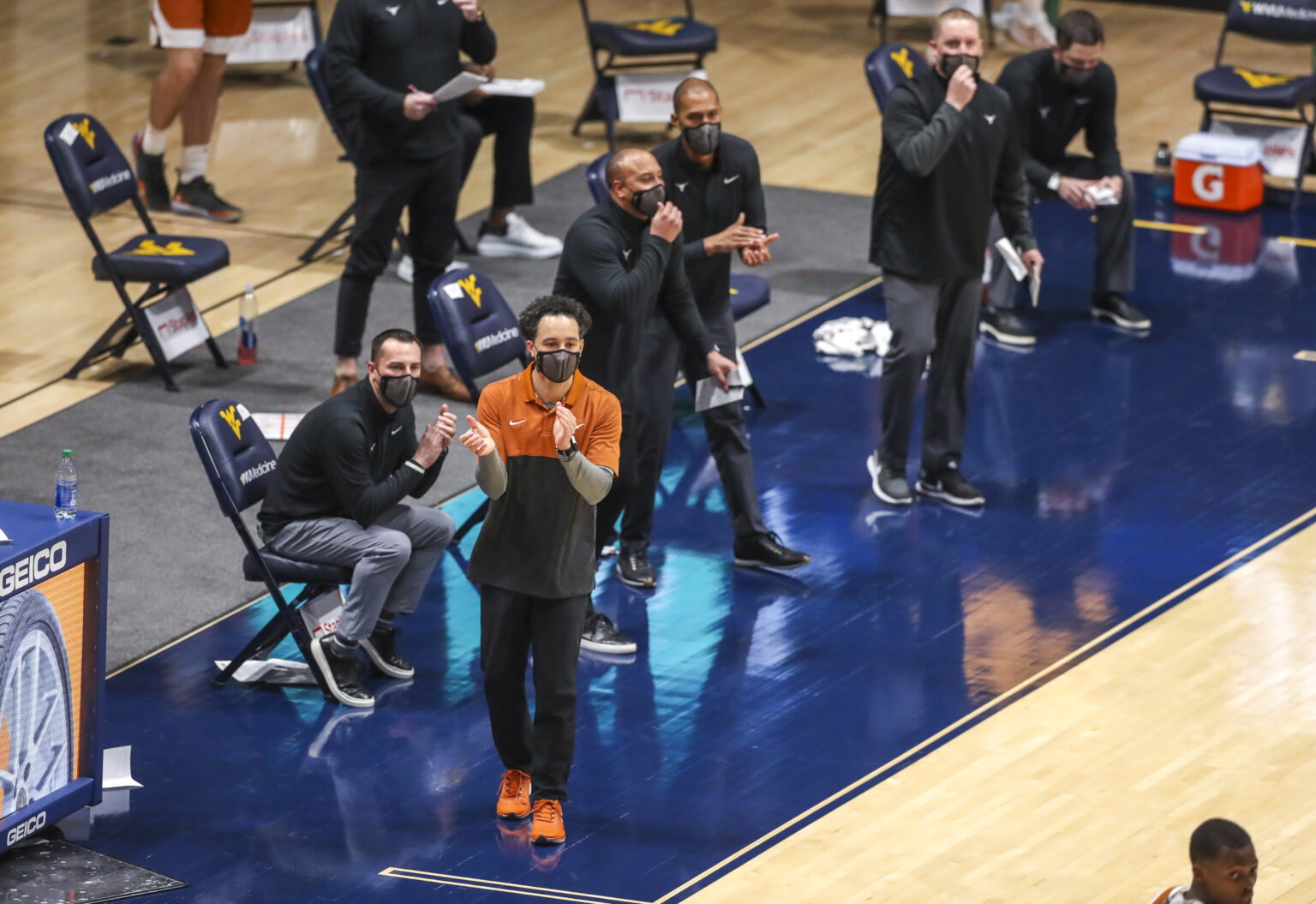 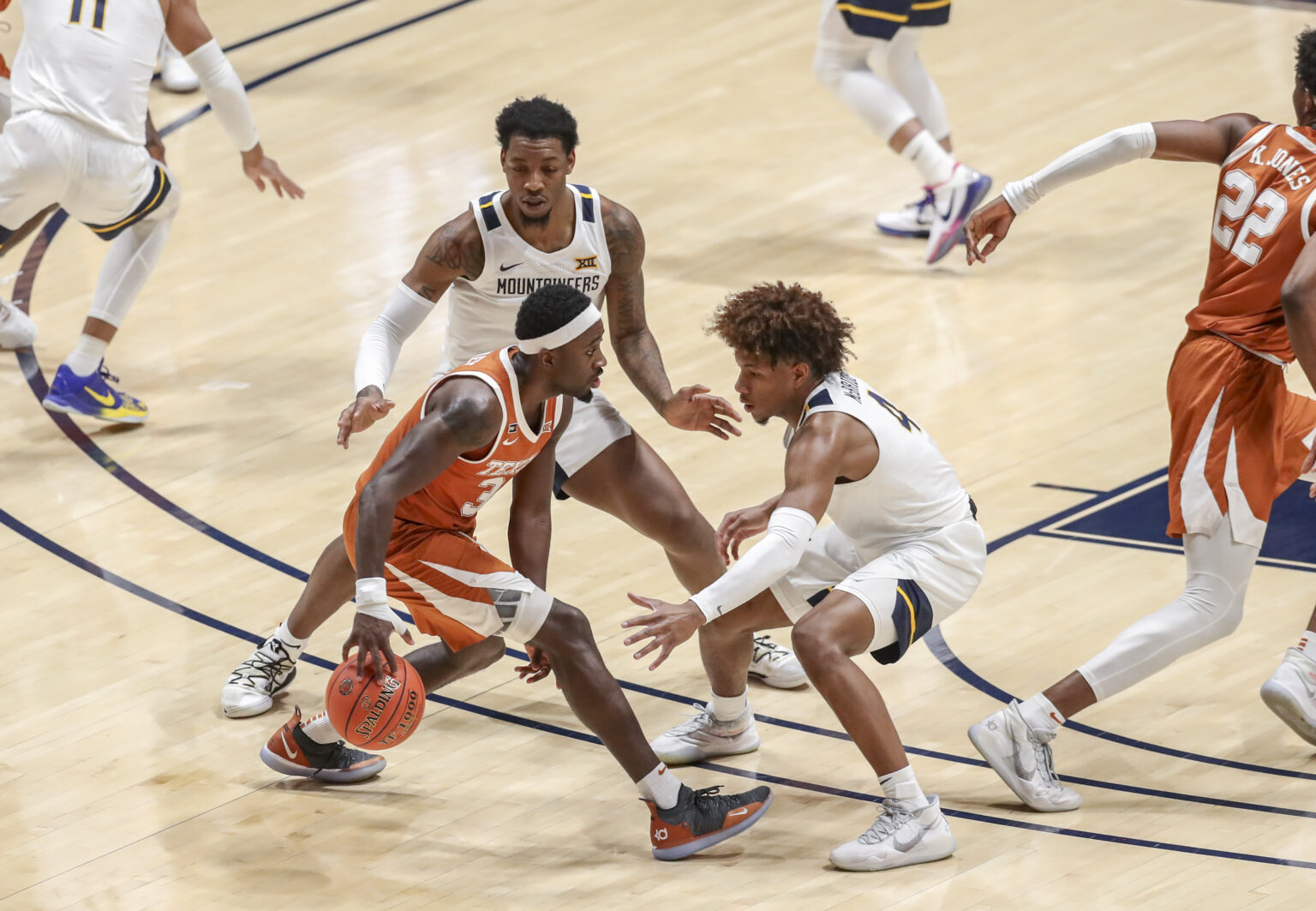 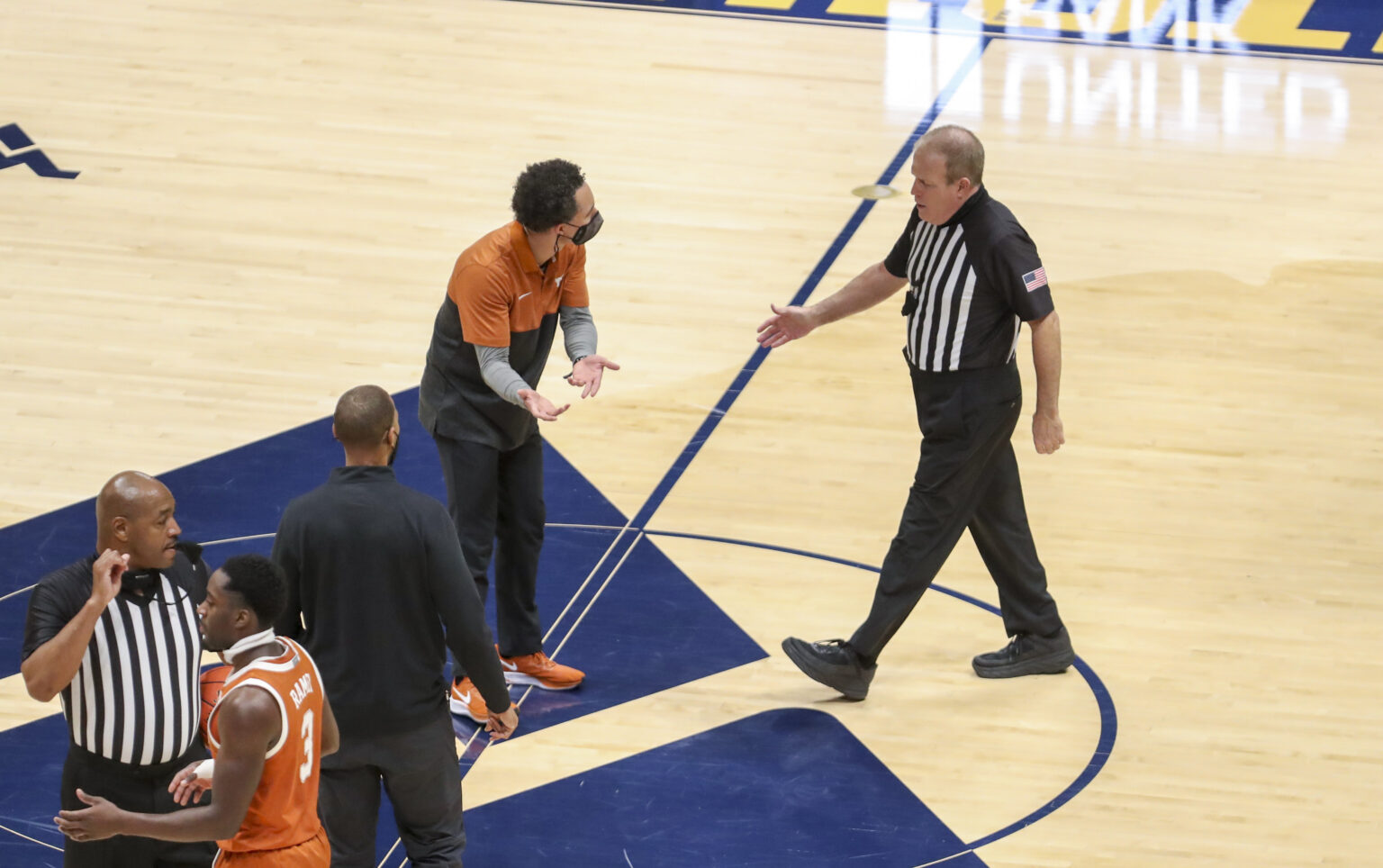 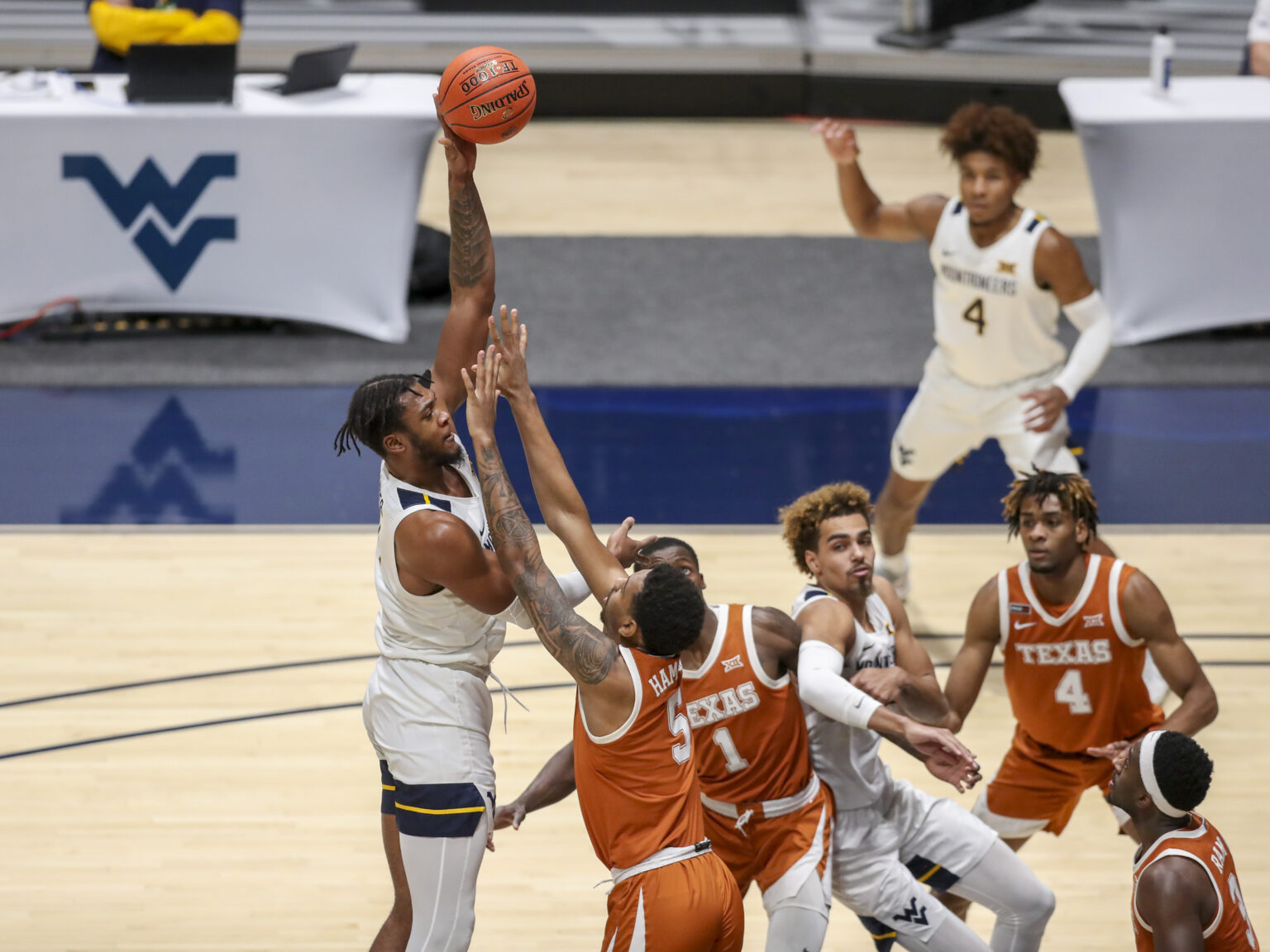 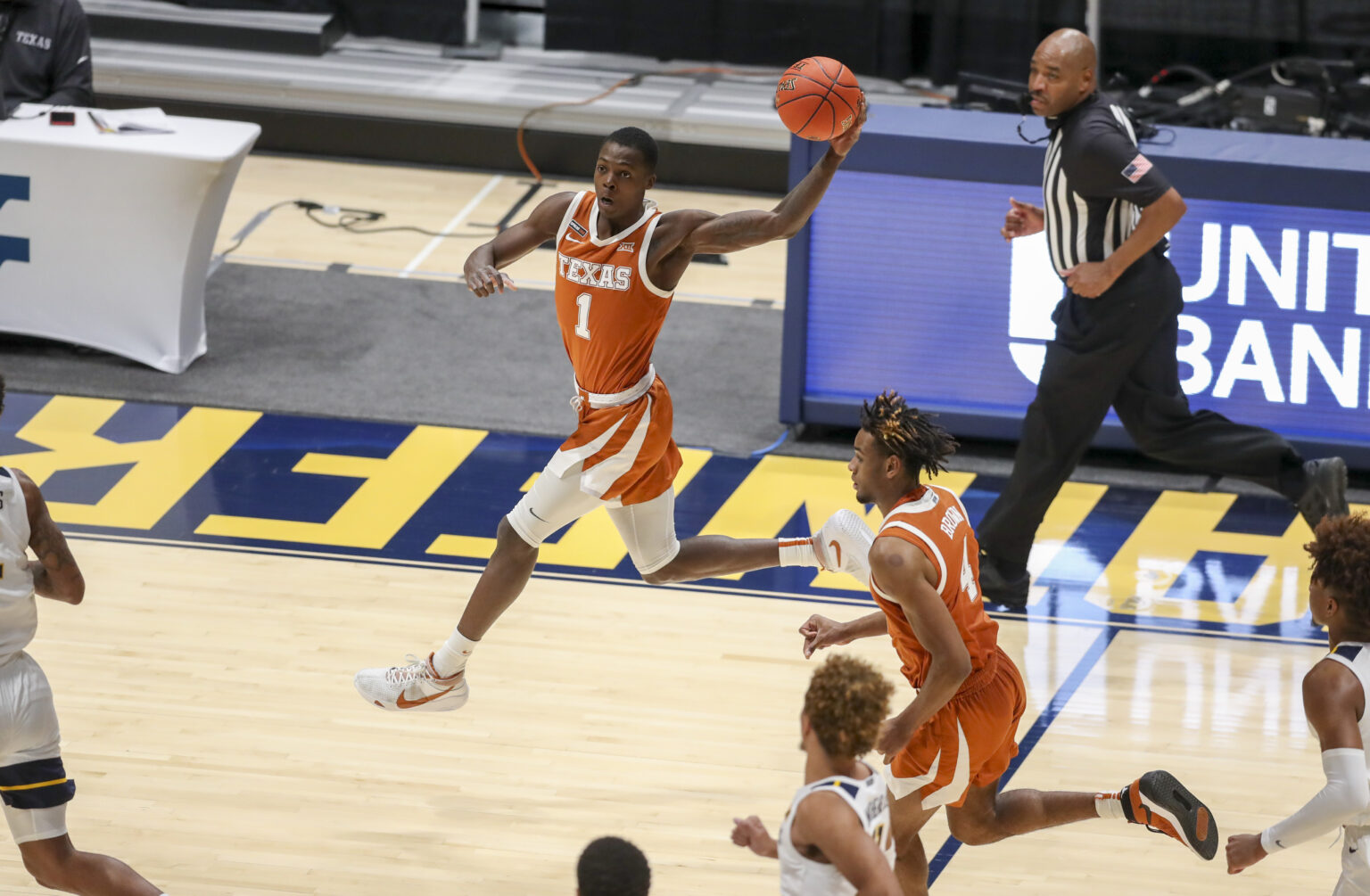 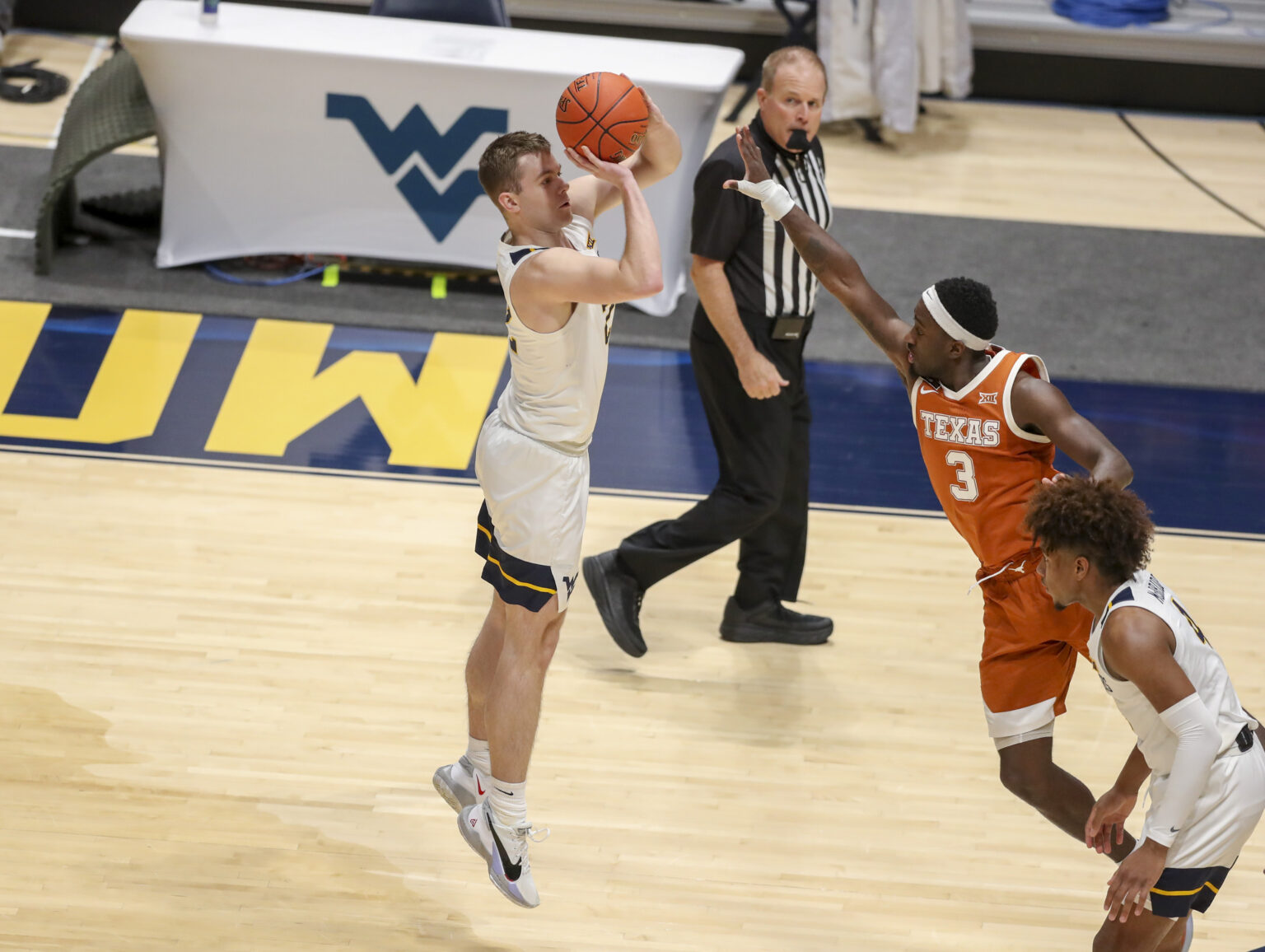 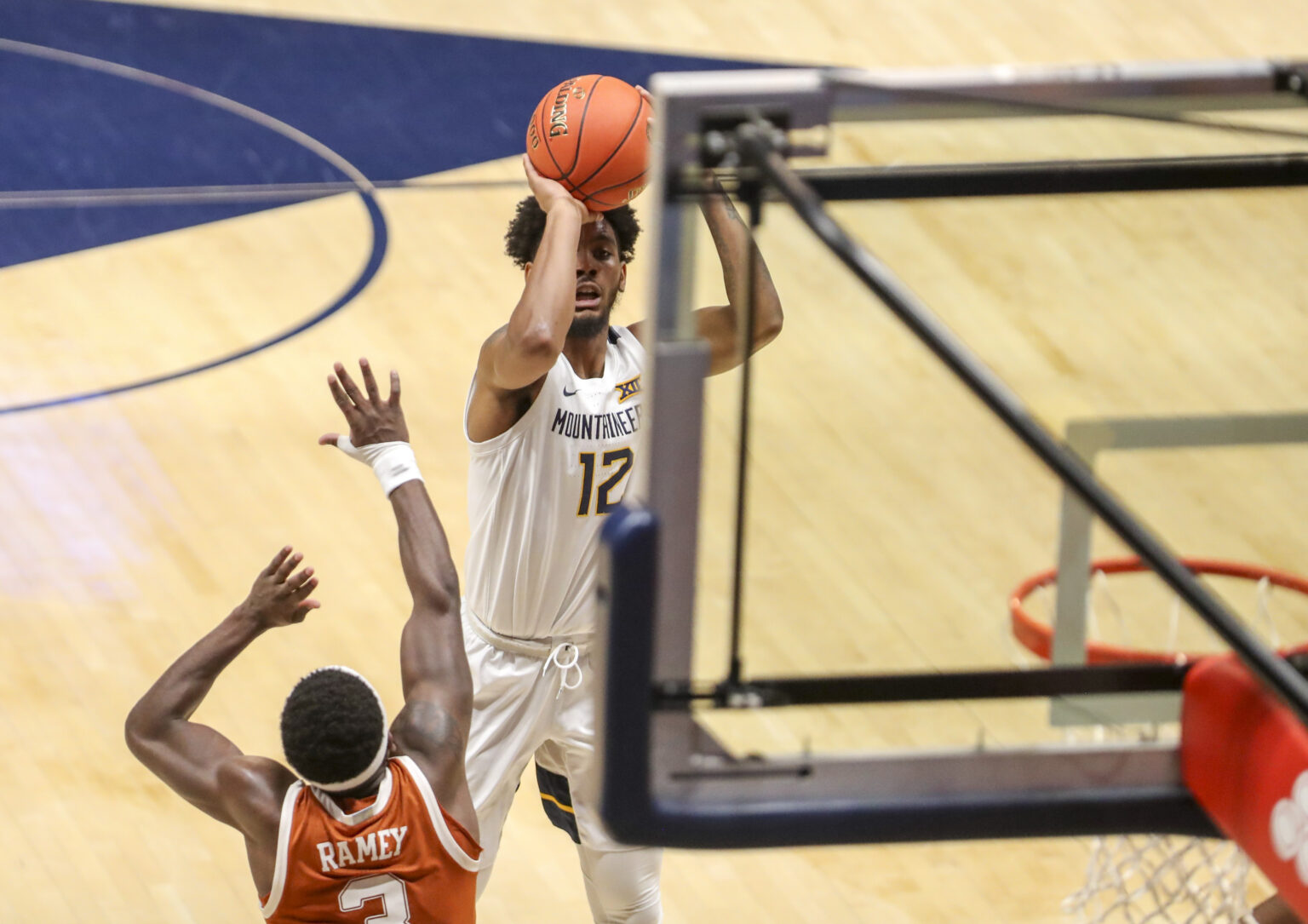 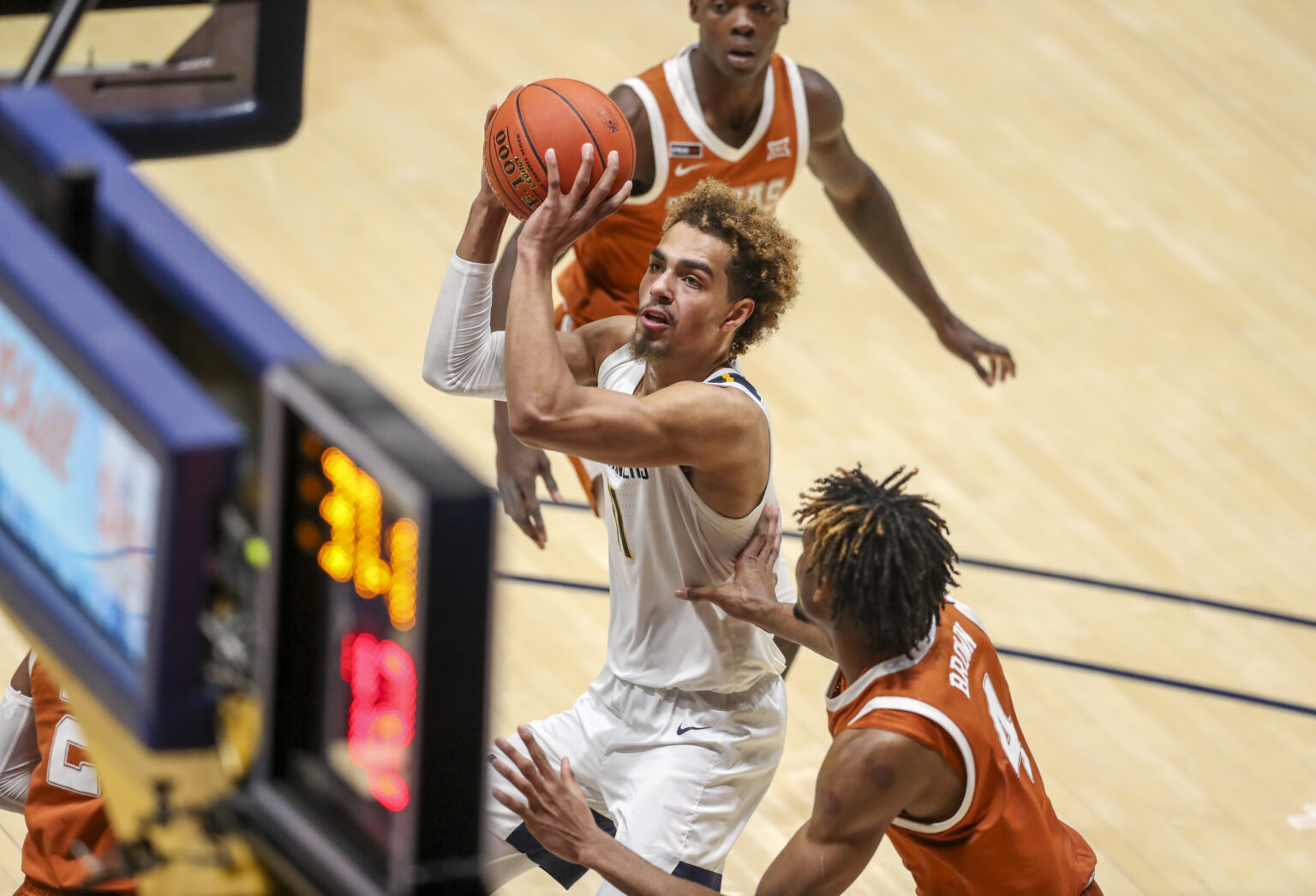 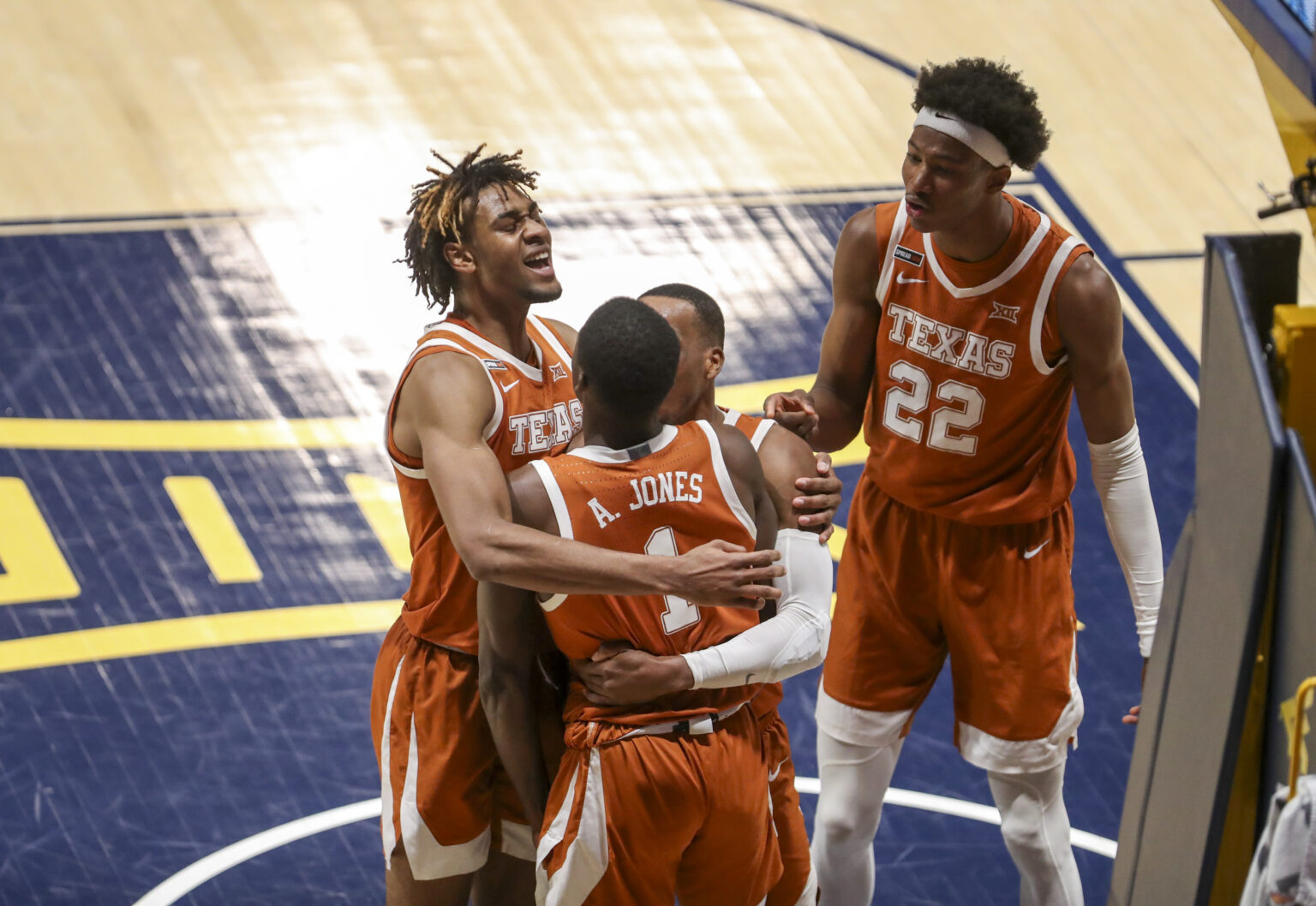 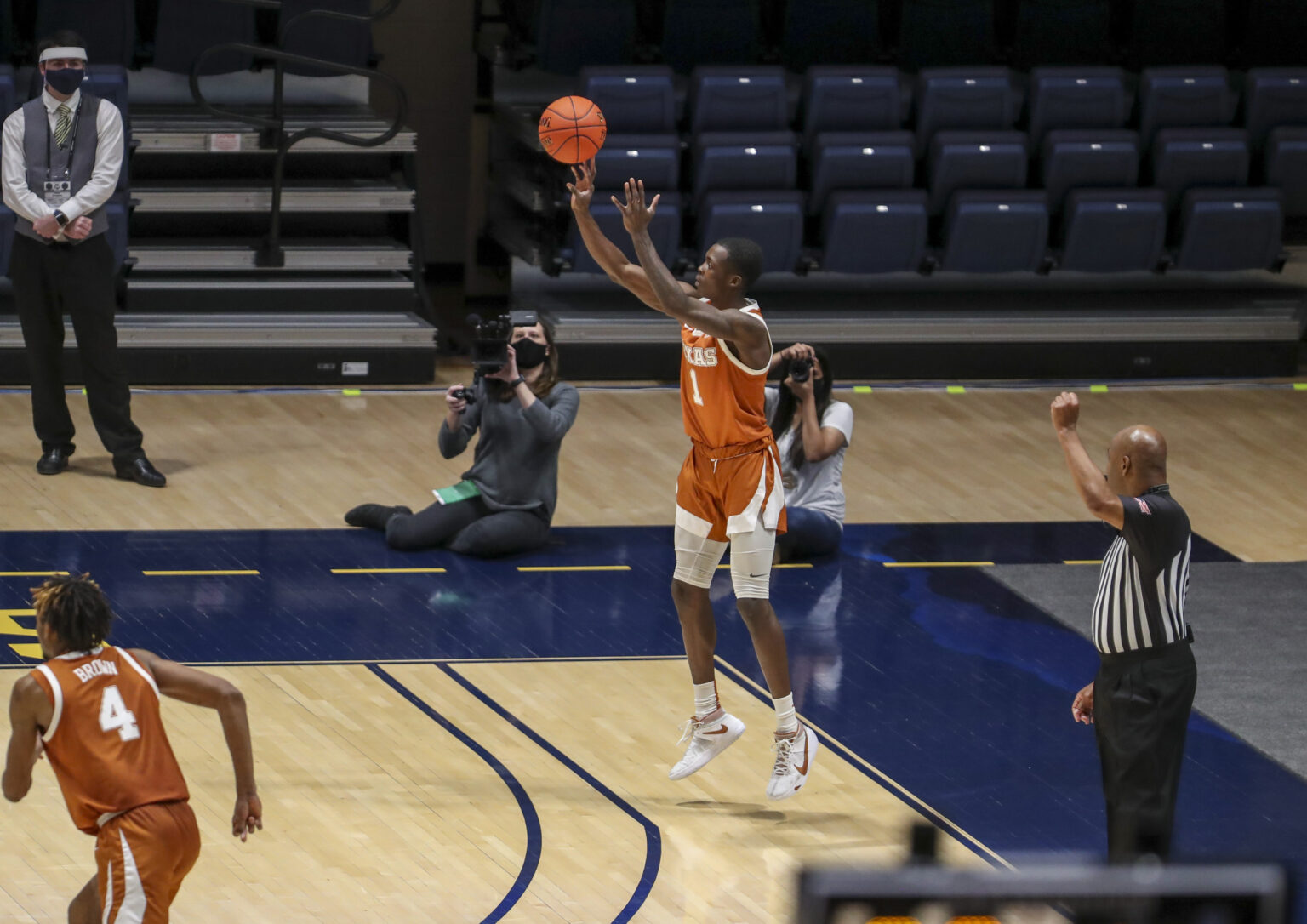 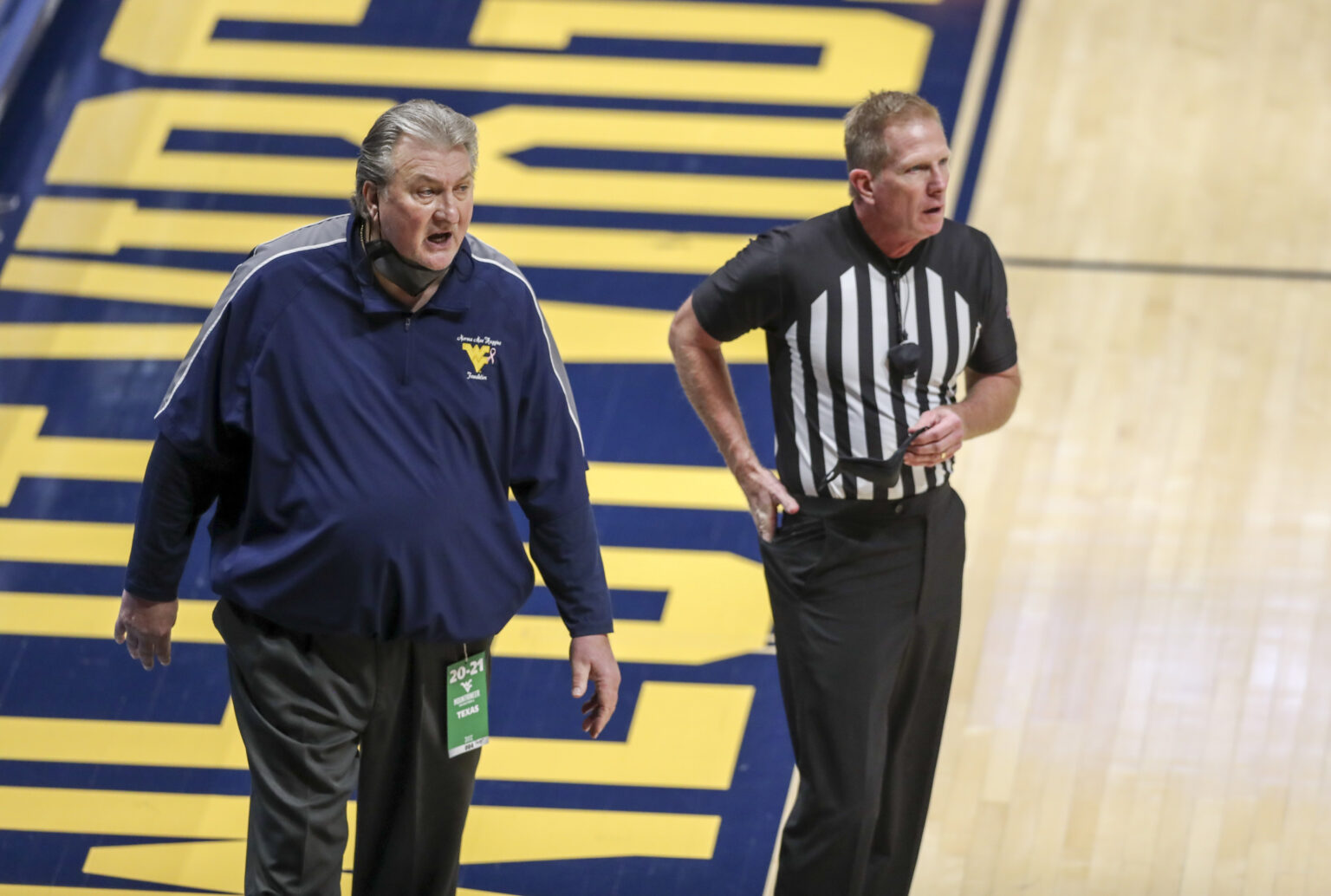 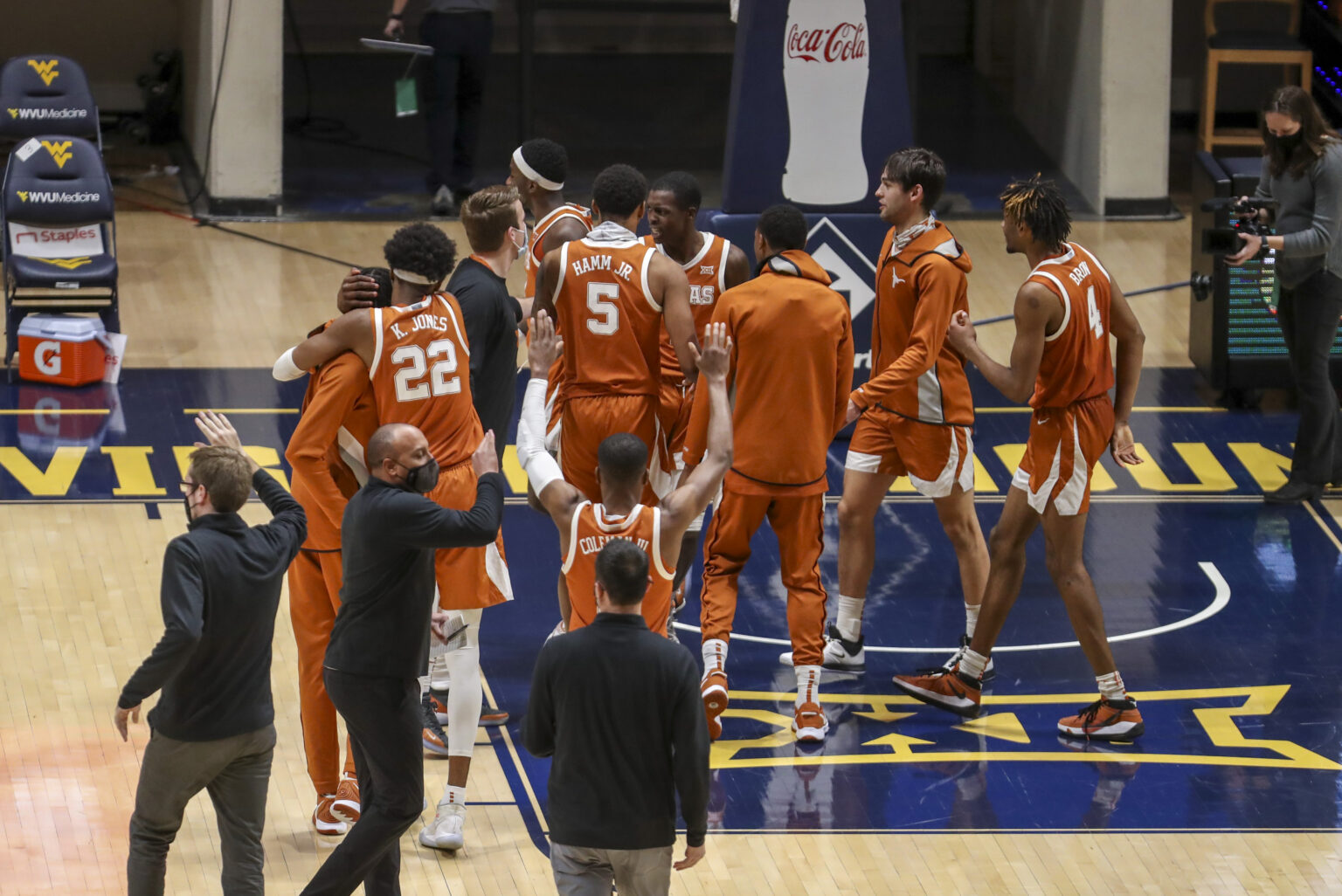 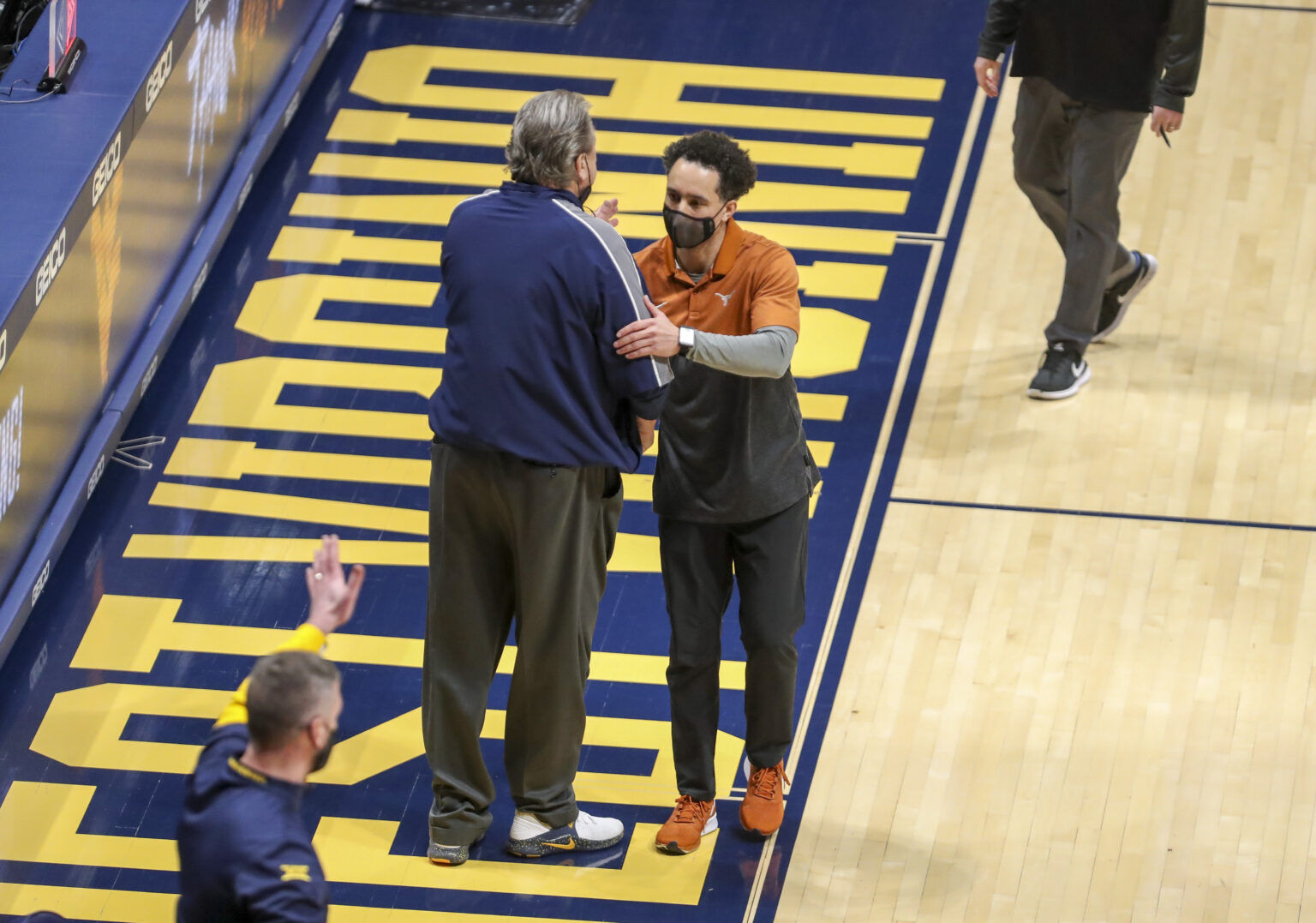 MORGANTOWN, W.Va. — Andrew Jones buried a 3-pointer from the wing with 1.8 seconds to cap a game-ending 7-0 run for No. 4 Texas as they knocked off No. 14 West Virginia 72-70 Saturday afternoon at the Coliseum.

“You can talk about Emmitt (Matthews) missing free throws but even if he makes two, they still could have tied it and won it in overtime,” said WVU head coach Bob Huggins. “But I think if we get up eight with two minutes to go, that it pretty tough to overcome.”

“We talked about the game plan to not give him step-in threes,” said WVU guard Taz Sherman. “Andrew Jones made four step-in threes today. And he made a big shot when they needed one.”

Texas jumped out to an early 13-8 lead after a driving layup from Courtney Ramey. The Mountaineers quickly responded by scoring the next ten points. Sherman capped the run with back-to-back triples. Sherman led all first half scorers with 13 points as he went 4-for-7 from the floor.

A 3-pointer by Jones gave Texas a one-point lead at 19-18 but the Mountaineers took the lead back on the next possession and they held the lead for the remainder of the first half. WVU took a 40-36 lead into the locker room.

West Virginia went 14-for-28 from the floor in the opening half. Derek Culver scored eight points and grabbed eight rebounds before halftime.

The Mountaineers extended their lead to nine points just minutes into the second half. Sean McNeil scored five consecutive points for WVU, giving them a 54-45 lead with 13:20 to play.

Texas responded with a 9-0 run to even the score at 57-57 with 8:28 left. A Greg Brown pull-up jumper followed a transition lay-up from Jones to tie the contest.

Trailing 70-67, the Longhorns crept within a point with a minute to go when Ramey drove in for a layup. That layup followed a missed free throw from Culver. On WVU’s next possession, Emmitt Matthews, Jr. corralled a pair of offensive rebounds and was fouled in the act of shooting with ten seconds left. Matthews missed on a pair of free throws, leaving the score at 70-69 and setting the stage for Jones’ game-winner.

“It was real tough,” said WVU guard Deuce McBride. “We had the lead almost the whole game. To give it up like that is just a real tough one. We’ll think about it tonight and then tomorrow we will move on.”

“It is hard to guard a team that has five capable scorers on the floor at all times,” Sherman said. “You have to be accountable for everyone. You can’t put one of your weakest defenders on one of their players because there is no weak offensive player on the court at a time.”

“We’re not as athletic as what they were,” Huggins said. “They make up for a lot of their mistakes with their athleticism. And they are experienced.”

“And we are still a pretty damn good team, by the way,” Huggins said. “We haven’t lost to chumps. We’re still pretty good.”