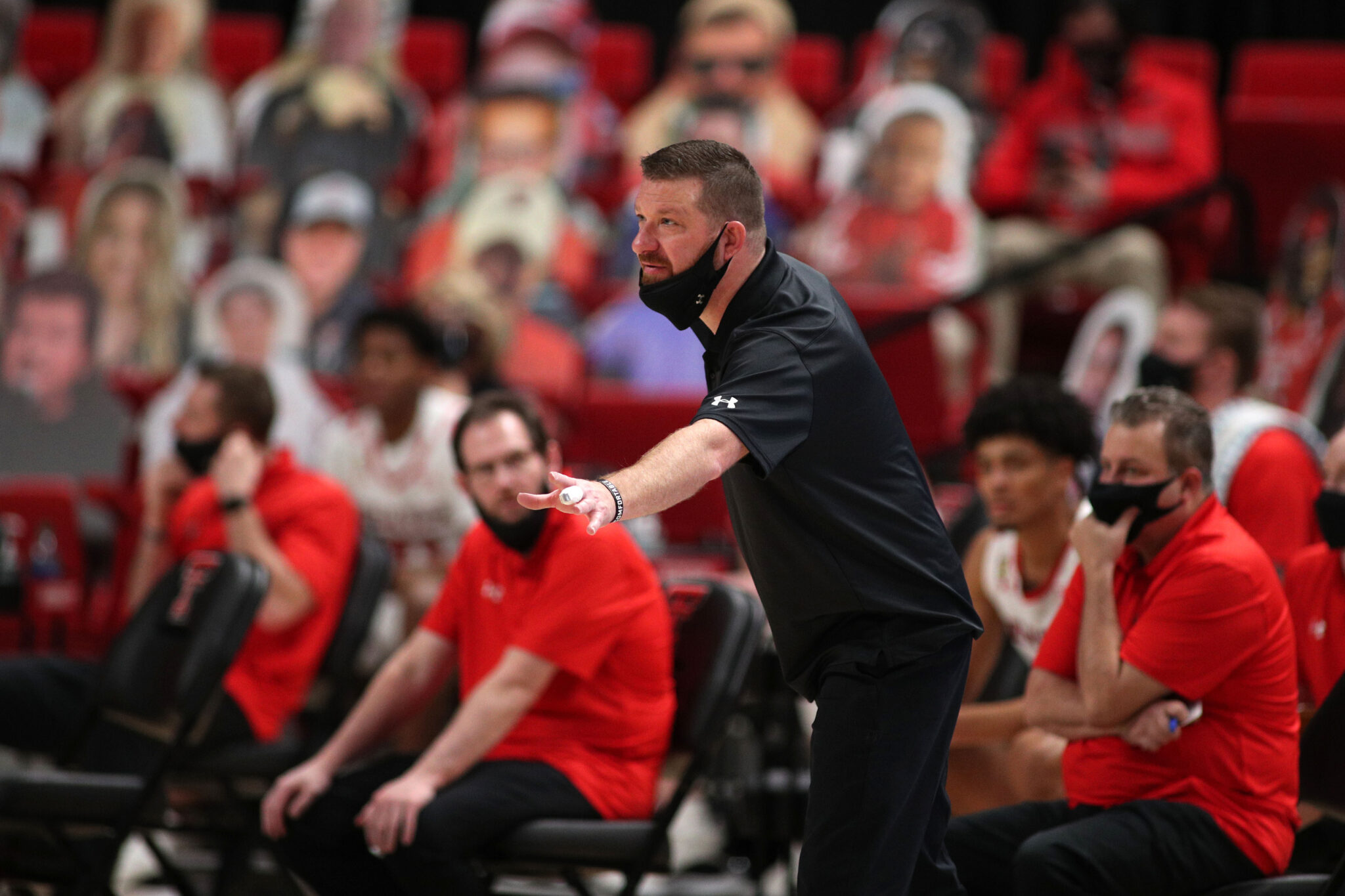 CHARLESTON, W.Va. — Our Big 12 Snapshot shifts from football to basketball this week, as we have reached the middle of January.

To be honest, I wasn’t really sure we would continue the Snapshot after the end of the football season, but let’s give it a try and see where this goes.

We will continue to use a fantasy sports tier format, rather than power rankings or conventional standings.  However, unlike college football games that come once a week, college basketball has multiple games each week during the season, so the landscape in the Snapshot can potentially shift quickly, but it will still be updated just once a week, normally by Sunday night.

Creating the three tiers in the Snapshot was a bit problematic, but at least for now they will be designated as the following; potential top four NCAA tournament seeds, post-season tournament (NCAA and NIT) contenders and finally, cellar dwellers.

Baylor remained the only undefeated team in the Big 12 after a convincing 67-49 road win at TCU on Saturday.  Jared Butler continues to be force for the Bears, he went off for 28 points, 8 rebounds and five steals against TCU — just the kind of numbers you would expect from a pre-season All-American. BU’s game with WVU begins a key stretch for Baylor; following a test against West Virginia, the Bears have a road date next weekend at Texas Tech, followed by a visit to Waco by Kansas.

Remember when WVU blew the doors off Texas last season in Morgantown and it seemed like a foregone conclusion that Shaka Smart was a man out of time in Austin?  Well, times have certainly changed.  Andrew Jones’ last second three out of the deep right corner was the difference in a 72-70 Texas’ win over WVU on Saturday, as the Longhorns have now won five of the last six games with the Mountaineers. UT has won six straight games and at 10-1 (4-0 in the Big 12), will host Texas Tech on Wednesday night.

Kansas is a bit of a puzzle right now.  After they way KU boat raced WVU at the Phog, but then were dominated by Texas, we are still waiting for the real Jayhawks to please stand up.  Kansas was less than impressive against a shorthanded Oklahoma squad on Saturday.  OU trailed by double digits early and it was still a one-point game with eight minutes left, before the Jayhawks won it 63-59.  Christian Braun, who torched WVU, has been in a shooting slump ever since and went 1-6 from three vs. the Sooners.  Despite that, Kansas is 9-2 (4-1), but their traditional Big 12 dominance is certainly an open question at this point.

Talk about a week featuring the highest of highs and the lowest of lows.  WVU rallied from 19 down with just over eleven minutes to play for an improbable victory at Oklahoma State, only to lead Texas most of the afternoon on Saturday before blowing a nine-point, second half lead at home in a 72-70 loss to Texas.  Toss in the Oscar Tshiebwe drama and it adds up to a bumpy past seven days.  Missed free throws at critical times, a stagnant half-court offense and Bob Huggins’ reluctance to go to the bench late in the second half all contributed to the meltdown against the Longhorns.  Not exactly the way to build confidence heading to Baylor on Tuesday night.

WVU isn’t the only Big 12 team dealing with the sudden departure of a McDonald’s All-American.  Chris Beard’s Red Raiders took a hit this week, when freshman guard Nimari Burnett entered the transfer portal.  Despite Burnett’s departure, TTU had its best overall game of the young season on Saturday, shooting 61% in the first half en route to building a 24-point halftime lead on Iowa State and eventually running ISU out of the building, 91-64.  The lid that had been on the bucket for most of December was suddenly open for Kyler Edwards who scored 19 points, 16 in the first half.  It will be a big week for TTU, with a road test at Texas and home date with Baylor next up for the Red Raiders.

To this point of the season, Oklahoma State is arguably the surprise of the year in the Big 12.  If the Cowboys hadn’t blown a 19-point lead to WVU last week, OSU would be riding a three-game winning streak right now, with two of those wins coming against ranked teams.  As it is, following their 70-54 win at K-State on Saturday, Oklahoma State has now won five of its first six road games, equaling the total of OSU road victories of the previous two years combined.  OSU is 2-3 in the Big 12, with those three losses coming by a combined seven points.  Oklahoma State has a very interesting week ahead with back to back home games against Kansas and Oklahoma.  I wouldn’t bet against Cade Cunningham and Company grabbing a win in at least one of those two games.

Don’t let the Sooners’ record of 6-4 (2-3) fool you.  Oklahoma has gone 1-3 in the last four games, but all of them were against ranked teams (the only OU win in that stretch was a 75-71 victory over WVU in Norman).  Oklahoma played well in a four-point loss at Kansas on Saturday.  OU was without senior forward Brady Manek and sophomore forward Jalen Hill due to Covid-19 contact tracing protocols.  Austin Reaves led the Sooners with 20 points and the senior guard also pulled down an OU-best nine rebounds. Oklahoma will be looking to sweep the regular season series with TCU when the Frogs come to Norman on Tuesday night — OU owns seven straight wins in this series.

The schedule makers didn’t do TCU any favors last week.  After the Frogs won five games in a row, TCU was on the wrong end of a pair of beatdowns at the hands of Kansas and by Baylor on Saturday in Fort Worth.  In the loss to BU, the Bears trailed at halftime (28-27) for the first time this season, but dominated the Frogs in the second half.  TCU scored just 21 points after halftime in the 67-49 loss, as the Bears forced 22 turnovers in the game.  TCU is among a logjam of four Big 12 teams at 2-3 in conference play at the moment and will be seeing two of those teams — Oklahoma on Tuesday and at WVU on Saturday — this week.

K-State’s losing streak in conference play has now reached three straight games, after Saturday’s 70-54 home loss to Oklahoma State.  KSU was not expected to be among the Big 12’s best this season, but the Wildcats had only eight players available for the game, and that included two walk-ons.  Starting point guard Nijel Pack and Seryee Lewis were out due to Covid-19 reasons.  Bruce Weber’s team is also dealing with the loss of Montavious Murphy (knee) for the season, while center Kaosi Ezeagu is dealing with knee issues of his own and hasn’t played in nearly six weeks.  Kansas State hosts Iowa State on Wednesday, as they try to avoid a four-game conference losing skid.

While Iowa State football is trending up after winning the Fiesta Bowl, Cyclones’ basketball is trending down — way down at the moment.  ISU has lost seven of eight, is winless in the Big 12 and isn’t really doing much of anything well right now.  In a 91-64 drubbing in Ames at the hands of Texas Tech on Saturday, ISU had only 26 total rebounds and shot just seven total free throws.  Iowa State plays at K-State on Wednesday and it might be their last chance to win a conference game in January, despite the fact KSU won the first meeting in Ames.  Looming on the horizon starting next weekend are games at Kansas and against Texas and Texas Tech.