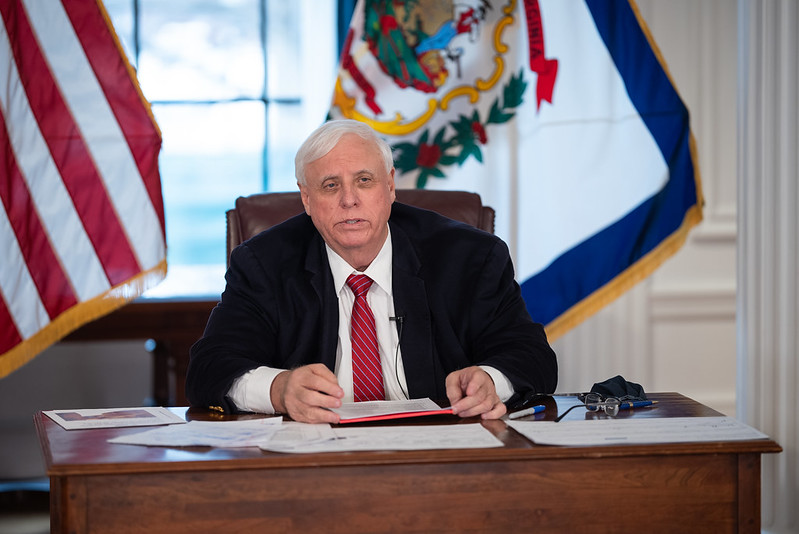 Gov. Jim Justice suggested the state’s map of coronavirus spread might change again in advance of the planned return to classrooms Jan. 19, and he pointed toward a meeting this week of the state school board for more details about the return.

Justice said he would issue an executive order about the return.

“We need to get our kids back in school,” Justice said several times.

Justice has been pushing for a Jan. 19 resumption date while saying remote learning has produced inadequate results. The plan he introduced would reopen schools five days a week, with high school grades halting only if the map depicts a county on red, the highest virus levels. From junior high on down, students would stay in school no matter what the map says.

That has come after school status was dictated by the map all through the fall. As the school year began, state officials defended the map in court when a father sued to try to get in-person learning for his daughter.

Today, the governor suggested the map might change, broadening the orange category and indicating that could raise the standard for what is considered red.

“At 25 to go red is a very low number as compared to other states around the nation,” Justice said during a briefing today.

Today’s state map showed 42 counties as red and 11 as orange.

The state school board is likely to talk about these issues during a regular Wednesday meeting this week.

In a statement released Friday afternoon, board president Miller Hall said he would recommend that counties be permitted to continue blended learning models until school personnel have been fully vaccinated. His endorsement will not include remote learning models.

“The purpose of this recommendation is not to allow counties to back away from the January 19 return date announced by the Governor, but instead to strengthen the education support structure for our students keeping our eye on getting students back in the building as soon as possible,” Hall said.

“The academic and extended needs of our students have suffered too much and our schools are the best way to get them back on track.”

If the rest of the state board accepts the recommendation, counties that are ready to return to full in-person instruction would begin Jan. 19, and those wanting to continue with blended instruction could do so until all school employees are vaccinated.

Last week, 9,140 educators and school personnel received the vaccine. First doses were given to employees 50 years of age and older as a priority. Distributions will continue during this week too.

“We continue to advocate for the return to full, in-person instruction because our children so desperately need to get back to school,” said state Superintendent of Schools Clayton Burch.

“I respect the ability of local-level decision-making; however, our collective purpose must remain focused to ensure the constitutionally mandated educational goals of quality and equality are achieved.”

Justice today indicated he will heed the guidance of the state board.

“As far as going back to school and everything, I think that’s a call for the Department of Ed,” Justice said. “From my standpoint, we want the locals to have input in their decision-making and processes.”

But, “from the standpoint of schools just deciding that ‘we’re not going to open the school and we’ll stay out of school and be 100 percent remote,'” I don’t think that will be a possibility. However, that will be a decision of the Department of Ed, and that’s not my call on that.”