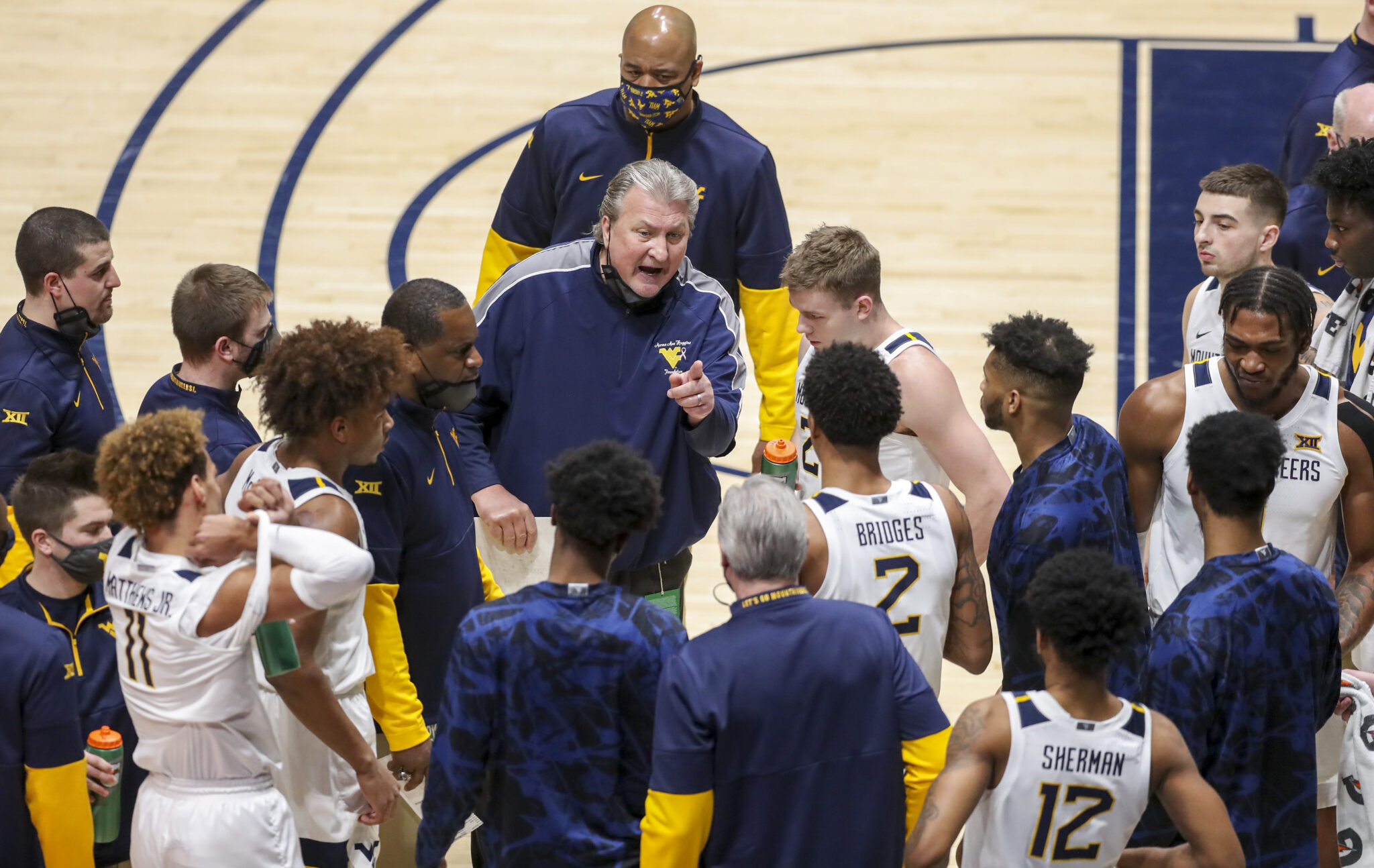 MORGANTOWN, W.Va. — The Big 12 Conference has postponed Tuesday’s men’s basketball matchup between No. 14 West Virginia and No. 2 Baylor due to COVID protocols.

“Our intent is to get the spread under control as soon as possible for the health and safety of all involved,” WVU Director of Athletics Shane Lyons said. “While this issue has hit many college basketball programs, we have been fortunate to have played 13 games so far this season.”

West Virginia is next scheduled to host TCU Saturday afternoon at 2 p.m.

Head coach Bob Huggins hosted a Zoom call Monday morning prior to the game postponement. On Saturday’s last-second, 72-70 loss to Texas, Huggins said lulls in play, which have been common, popped back up at the worst possible time in UT’s game-ending 7-0 run.

“We played well enough to win. We just didn’t finish it. We’ve had spells where we have done that in most games. It just wasn’t at the end of the game and so glaring before,” Huggins said.

Prior to the Texas game, Huggins acknowledged that Derek Culver has been battling back and knee injuries. Against the Longhorns, he notched a double-double with 14 points and 16 rebounds. Culver drew a game-high seven personal fouls.

“Derek is beat up, man. Those guys have beat him up. He spent two or three days trying to get his back to where he could bend over last week prior to the Texas game. He’s got some swelling in his knee. Them have just pounded on him to no end. He has spent more time in the training room, he doesn’t want to be there. I am making him go in there just so we can get him to where he can play.

“If you notice, he didn’t catch the ball in the paint. He was off the paint so much. That’s because he gets tired of somebody having their knee up his rear end and pushing on him like they are trying to push a truck up a hill.”

Freshman Isaiah Cottrell underwent surgery for a torn achilles last week. He suffered the injury in the December 29th win over Northeastern. Huggins said Cottrell has begun the rehab process but will not return this season.

“Isaiah wants to play. Something that I love is that he wants to do it in a West Virginia uniform. He wants to represent the state, loves the state and loves the people. He is on a mission to be able to come back and play.

“Certainly, you don’t want to rush it. The kid has a great future.”

The ‘Press Virginia’ days have come and gone from its peak during the 2016 and 2017 seasons. Huggins acknowledged the team has evolved with their current roster.

“He texted me. He didn’t ask me anything.”