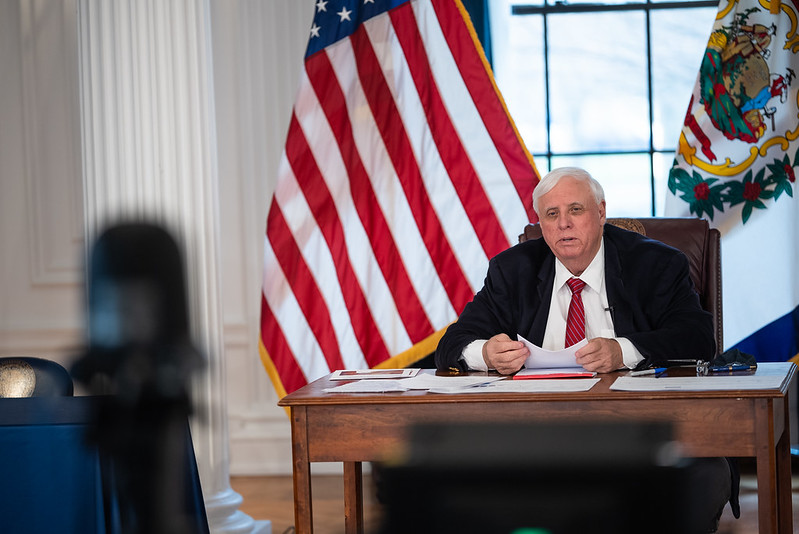 The FBI is warning about the possibility of armed protests in all 50 state capitols this week, but Gov. Jim Justice suggests West Virginians shouldn’t worry.

“We’ve got to watch and be on guard, and I’m sure there’ll be heightened alerts and all that. But our people are good,” Justice said during a Monday briefing.

Asked about the FBI’s warning, the state’s Department of Homeland Security referred to authorities maintaining their vigilance.

It’s a big week of public events in West Virginia. The state Legislature gavels in Wednesday for a one-day session to select leaders. Governor Justice and other executive branch leaders have inauguration ceremonies. And a memorial service for aviation legend Chuck Yeager is set for Friday at the Charleston Civic Center.

The Federal Bureau of Investigation warned through an internal bulletin that nationwide protests may start later this week and extend to the Jan. 20 presidential inauguration of Joe Biden.

“Armed protests are being planned at all 50 state capitols from 16 January through at least 20 January, and at the U.S. Capitol from 17 January through 20 January,” the bulletin said, according to reporting by The Associated Press and other national news outlets.

The FBI said it wasn’t focused on peaceful protests but “on those threatening their safety and the safety of other citizens with violence and destruction of property.”

Officials in many states began efforts to enhance security.

Maryland Gov. Larry Hogan, a Republican, said in a Monday news conference “additional security measures” are being taken at the statehouse in Annapolis. In Ohio, Gov. Mike DeWine, a Republican, said “while prepared, the Ohio National Guard has received no requests” to deploy on Sunday.

Asked about the FBI advisory during the Monday briefing, Governor Justice said he does not anticipate problems by West Virginians.

“From the standpoint of security risks or whatever, we all need to always be aware to be diligent in the way we handle and go through our lives now,” Justice said. “I hope and pray West Virginians have good judgment in what they do.”

Referring to the protests over racial justice that at times became inflamed last summer, Justice said West Virginia did not experience the kind of riots that took place elsewhere.

“There was a time, not long ago when cities were burning down and there was all kinds of violent type protests that were going on — not protests; they were violent type protests. But what did we do in West Virginia? We did good stuff, didn’t we? Didn’t our people do good then? And they’ll do good now.”

The state Constitution calls for the gubernatorial inauguration to be set for the first Monday after the second Wednesday in January following the election. That is this coming Monday.

Justice said he’ll actually be sworn in at midnight and then there are plans for an outdoor inauguration ceremony the following Friday, Jan. 22. The ceremony has been outdoors in prior years as well, but Justice added that would allow for a social distancing effort because of the pandemic this year.

West Virginia’s Department of Homeland Security, when asked about the national warning, responded by saying state authorities would be alert as usual.

“The W.Va. Department of Homeland Security and such component agencies as the W.Va. State Police, Capitol Police and Fusion Center maintain their vigilance in coordination with other state and federal partners. As always, they remain committed to their shared public safety mission,” stated Lawrence Messina, spokesman for the agency.

“The safety measures enacted at the W.Va. Capitol Complex in response to the ongoing COVID-19 pandemic remain in place. So does the prohibition on the carrying of firearms and other deadly weapons anywhere on the Capitol campus.”