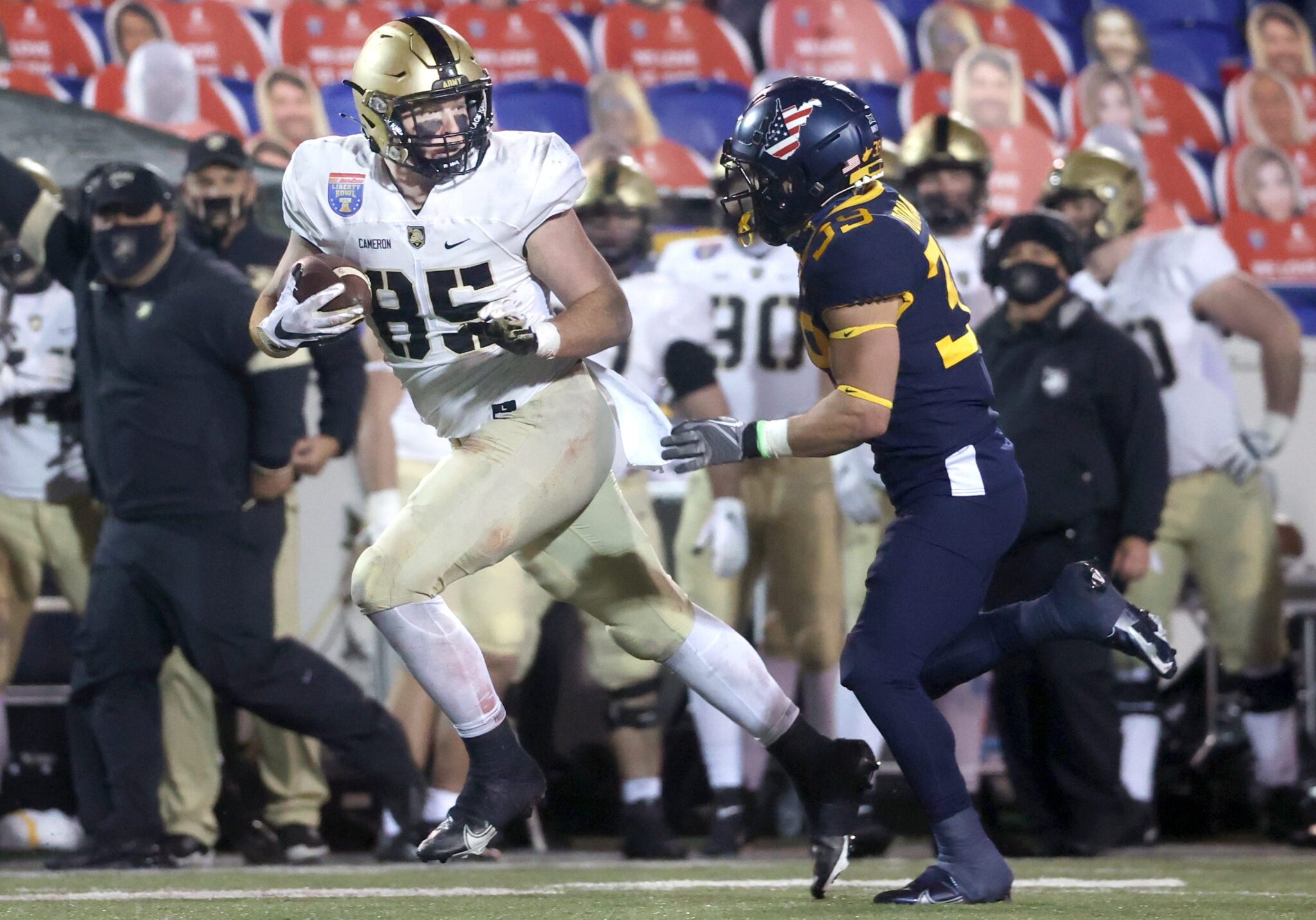 “You couldn’t draw it up any better,” Bonamico said. “My family went, everyone outside of my sister, they all went to the game. That was the first thing we said to each other when I went and gave them a hug that there was no better way to end five years of playing college football like that.”

Bonamico was a guest on the latest edition of the Tribe Talk Podcast on the Indians Radio Network.

Bonamico primarily saw action on special teams throughout his WVU career, which saw him appear in forty games from 2017-2020. Due to injuries in the defensive backfield, Bonamico was pressed into service for his most significant action on defense. He finished third on the team with ten tackles in WVU’s 24-21 win over Army. Bonamico’s high school teammate Dylan Tonkery made eleven stops.

“We kind of joked about it, but we have prepared for this game for about seven years, playing in high school against teams like Keyser and Elkins. They kind of ran similar things. You get in the game and see similar plays, obviously it is more sped up because they run it to perfection at Army. Dylan and I have kind of played in that system forever. It became second nature what to do, fly to the ball and get there with bad intentions.”

Bonamico entered the WVU program in the fall of 2016 as a walk-on.

“I am thankful for both staffs. Number one, for Dana (Holgorsen) giving me a chance and then second for Coach (Neal) Brown really putting in a family environment and a place you really want to be, a place you want to come in every day and work for. It makes it fun.

“These guys have come in from all across the country. They need a place they can come in and have a brotherhood. Coach Brown has made that very, very easy to transition to.”

As an undersized safety at the ‘Power 5’ level, Bonamico’s odds of earning playing time were long. But after three years in the program, he earned a scholarship and the respect of both coaching staffs.

“There is nothing that can get you truly ready for what you go in to. It is a whole different ball game. You are going from zero to sixty in less than a second. It was hard but my main goal coming in was just to make an impact wherever I could. I didn’t know what I was going to do or how I was going to do it. But I was going to play the same way and attack everything like I was a 5-foot-8 walk-on like I was.

“It was challenging at times when I first got there. I second guessed myself sometimes and didn’t know if it was for me. And then my first spring, I kind of got into a mindset that I could do this and I could play with these guys. It just took off from there.”

Even though Bonamico has been in the Mountaineer program for five years, he could opt to return for a sixth season in the fall of 2021. All NCAA athletes are playing with a free year of eligibility this year due to COVID. But Bonamico has decided his playing career is now complete.

“I talked it over with Coach Brown a couple weeks ago. We went through all the pros and cons of coming back. Ultimately, it just came down to, I am kind of worn out. My body is beat up. It wasn’t that I had enough but I don’t think there’s any way I could end it a better way or with a better group of guys.

“I want to get into coaching. I graduated with a degree in sports management. Coach Brown is trying to do everything he can to get me in the door wherever. I am going to reach out to several different coaches that I have played for and try to get my foot in the door somewhere in college football.”

“Those are memories I will remember probably more than even playing now. Those were the dudes I grew up with. It was so special to win the way we did with my brother and my whole family being there. It was even more special than what I am doing now, which is crazy to think. I never thought I would be saying that coming off playing ‘Power 5’ football.”

Bonamico competed with family members in a recreational softball league this past summer and that stands to be the most competitive environment he will see in his immediate future.

“We played in a slow-pitch softball league. And they said, ‘Get ready for this because this is what you have to look forward to from now on’. It is hard to think, just because I have been doing this for so long. All football players have to come back on the 17th and just to think that I don’t have to come back and report to Mike Joseph and the weight room and all that stuff, it is going to be different. But I have come to terms with it. I am happy and I am satisfied with what I have done.”