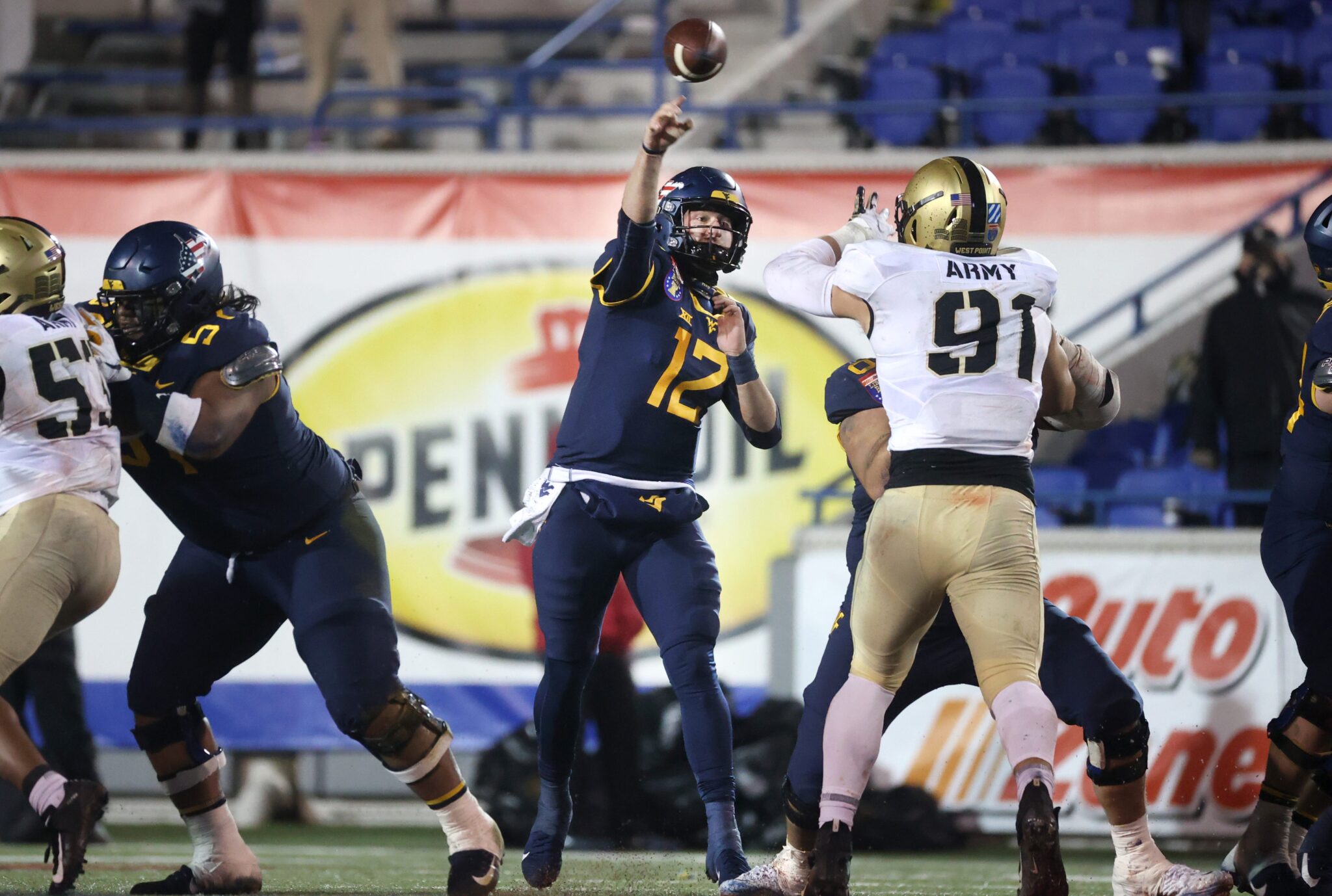 MORGANTOWN, W.Va. — At halftime of the Liberty Bowl, 418 days had passed since Austin Kendall took a meaningful snap in a college football game. A 9-game starter in 2019, Kendall had been passed up by Jarret Doege on the depth chart at the start of the 2020 season. Kendall attempted just six passes in a reserve role in the season opener against Eastern Kentucky and had not appeared in a game since.

It would have been understandable if the redshirt senior would have lost focus having not seen the field in nearly four months. However, Neal Brown praised Kendall’s practice work late in the season and with the Mountaineer offense unable to gain traction in the first half against Army, Kendall was told at halftime that he would take the first snap of the third quarter.

“It was definitely nerve-racking. But I was prepared for it. Coach (Sean) Reagan, Coach (Neal) Brown and Coach (Gerad) Parker all prepared me well. Obviously being the backup quarterback, you have to be prepared at any moment,” Kendall said.

“Coach Reagan walked by me and said, ‘Start warming up. We are going to give you the first drive in the second half’. I thought to myself to make the most of it. I have nothing to lose at this point.”

Kendall engineered an 11-point second half rally, as the Mountaineers prevailed 24-21, collecting the program’s first bowl victory in five seasons. The game was played in a steady rain with temperatures falling into the 30’s.

“I was frozen from my toes to my forehead. When I figured I might be going in, I ran in before halftime and thought I definitely need to start warming up and try to get as warm as I could.”

Kendall completed 8-of-17 passes for 121 yards and a pair of touchdowns. After Army chewed up the first eight minutes of the third quarter clock, Kendall engineered a 10-play, 80-yard drive, which was capped by a 3-yard touchdown toss to Mike O’Laughlin on fourth-and-2.

“They drew it up perfectly. Mike, with his first touchdown, that was one of the better experiences I had in college football, throwing to one of my better friends on the team.”

Trailing 21-16, the Mountaineers went three-and-out on the next two series.

“I looked at Leddie Brown and said, ‘We need to score here because we’re not losing this damn game’.”

With 8:10 to play, WVU took possession back. Facing third-and-14 near midfield, Kendall connected with Sam James on one of two lengthy third down conversions on the drive.

“Sam James, who had a really quiet year but worked really hard, I know him personally and he is a good friend, he came up big on the third-and-long. I texted him that what won us the game was you having that third-and-long catch.”

“Obviously, throwing the touchdown to T.J. Simmons is awesome. But coming off to the sideline and seeing the joy in my teammates’ eyes was one of the best experiences I could ask for in my last game at West Virginia.”

In his five years as a college football player, Kendall was a backup signal caller for four years. He played behind a string of quality quarterbacks at Oklahoma for three years.

“I kind of give Lincoln Riley a lot of credit because I had to sit behind two Heisman quarterbacks and prepare each week like I am going to be the guy. He kind of helped me become that person.

“Just go out there and show people what they have been missing, honestly. Two years ago, it was more of a rebuilding year for the program. I kind of took that personal. I felt like I was left out this past season.”

Kendall officially entered the NCAA transfer portal shortly after the Liberty Bowl. With multiple degrees in hand, Kendall could opt to play at another school for one more season.

“It kind of brought a tear to my eye knowing this was my last game with all these guys. It was definitely a short ride. Two years is pretty short because it flies by. Every relationship I built with every player on the team I appreciate and I respect the heck out of every one of these guys.

“I have heard from every conference pretty much. That’s good news. But I am exploring options. With working, I want to do medical sales. I am not sure what the future holds yet. Everything is kind of up in the air. I have been applying for jobs and keeping everything open with football as well.”