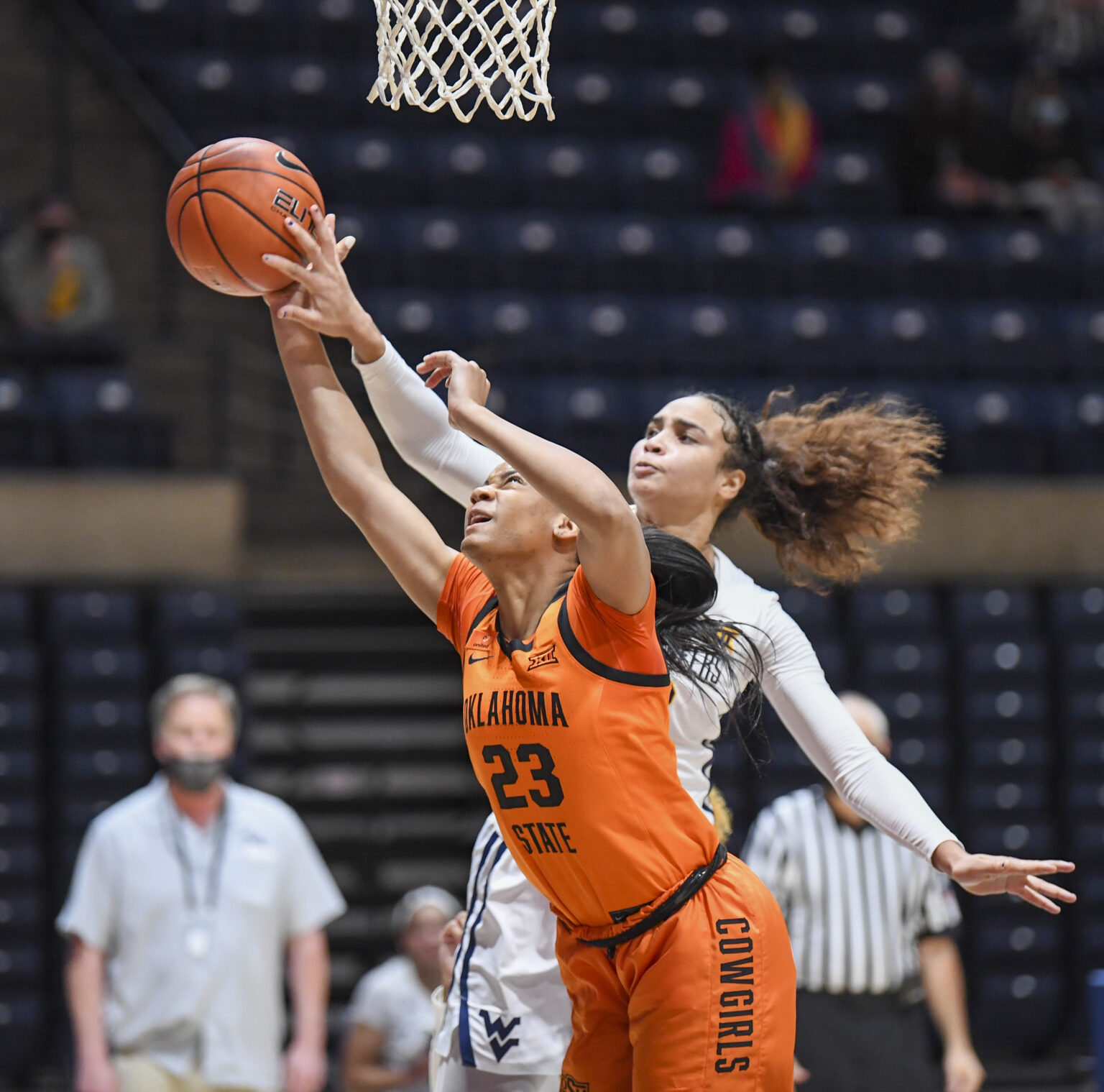 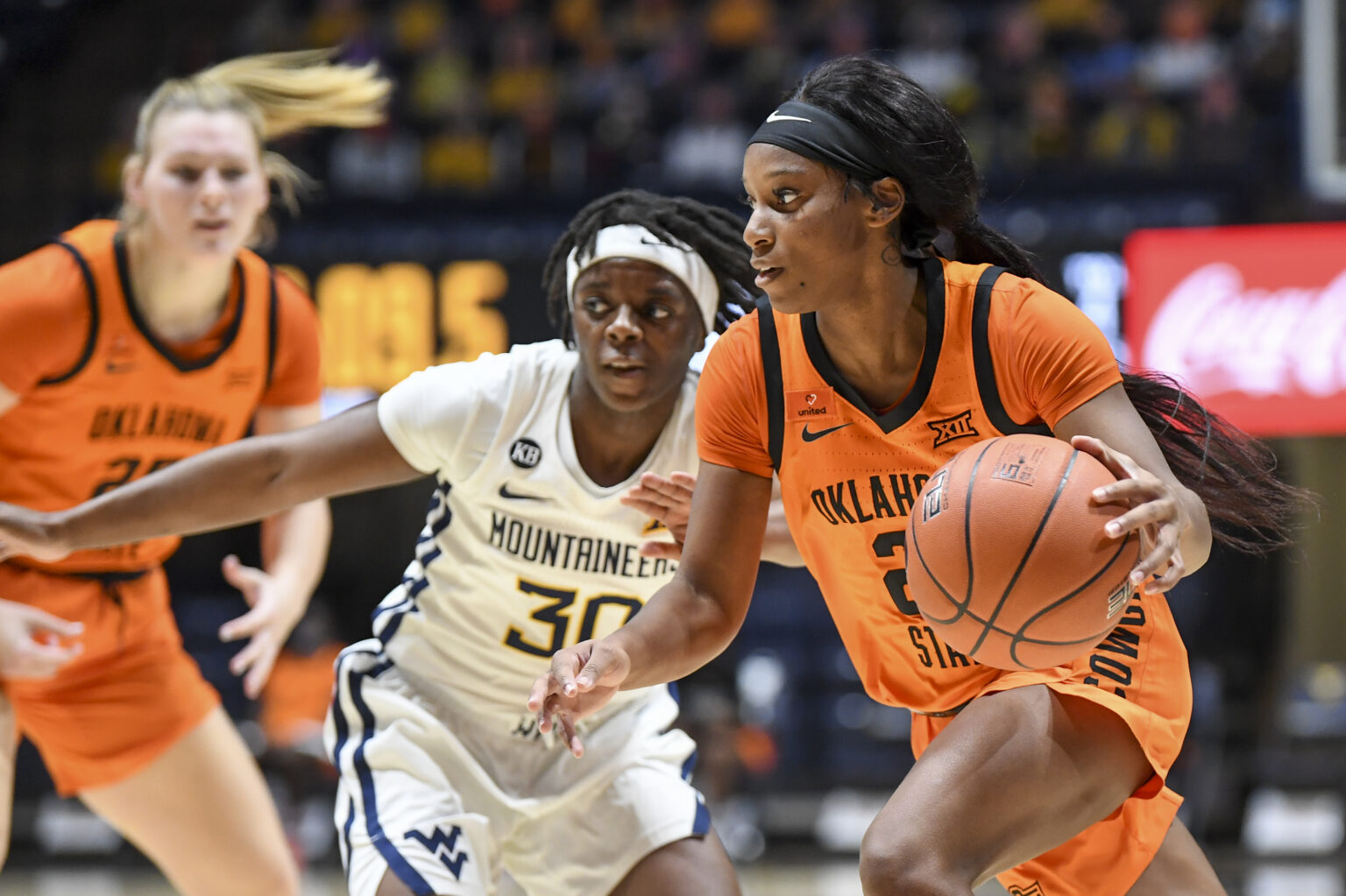 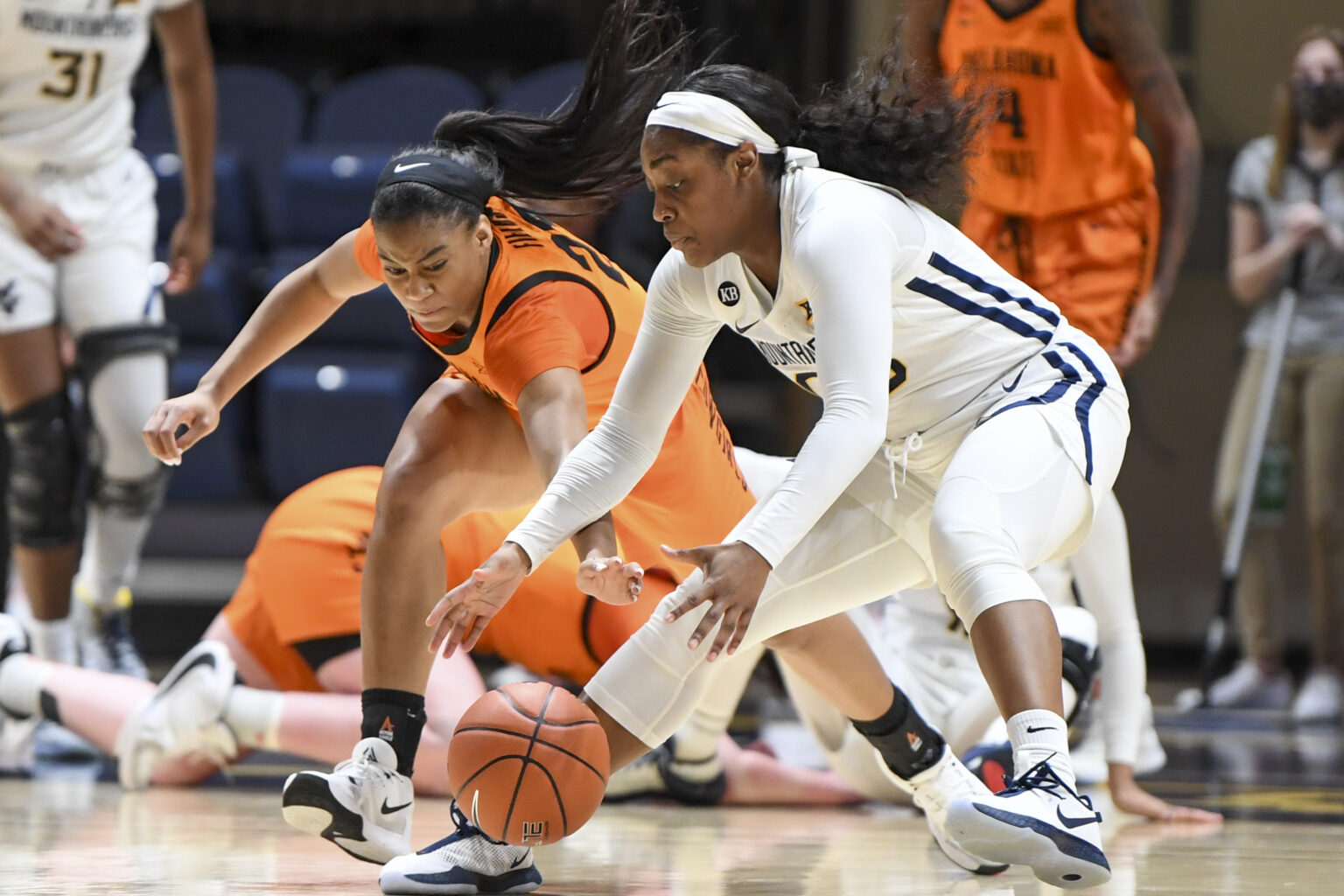 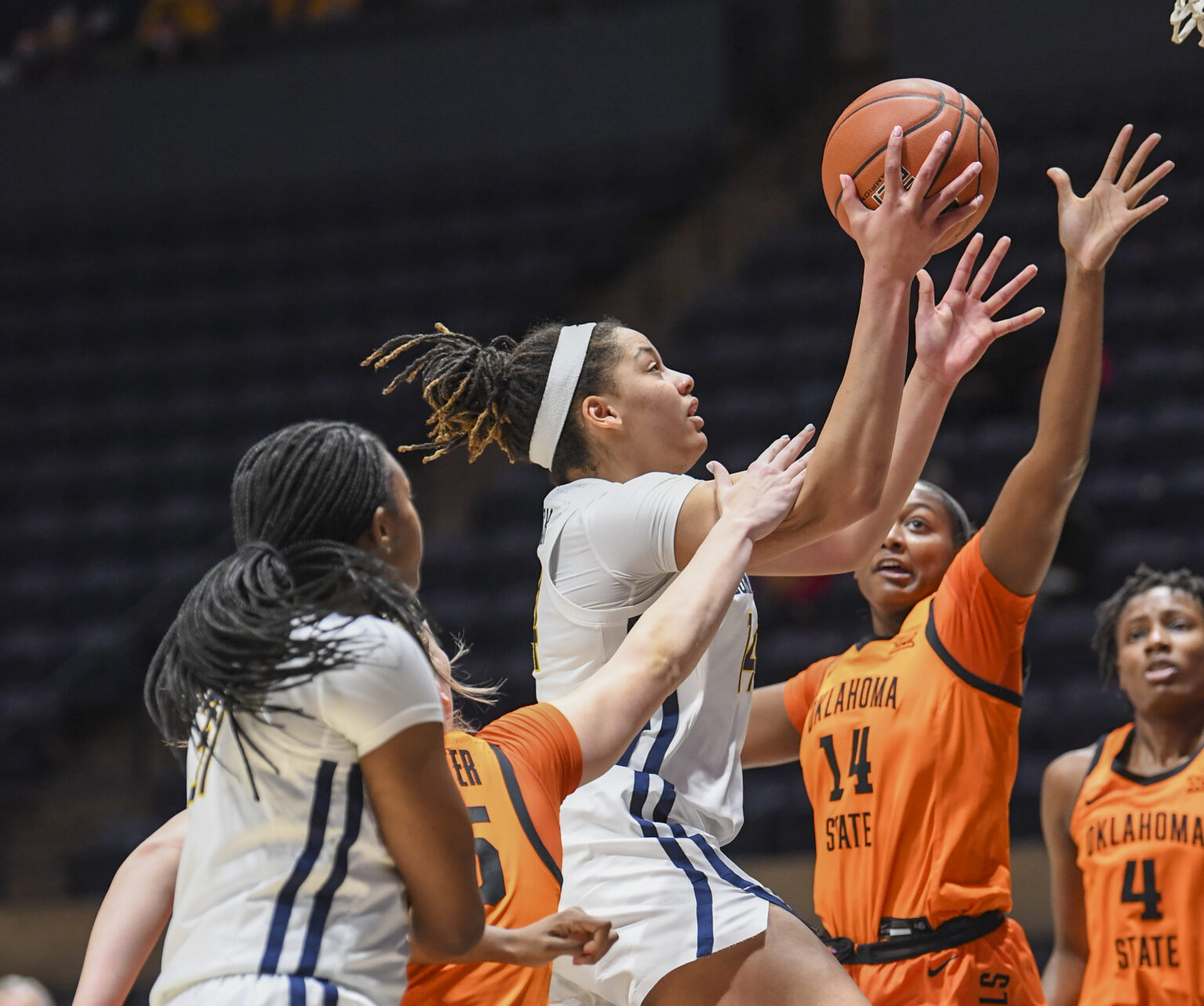 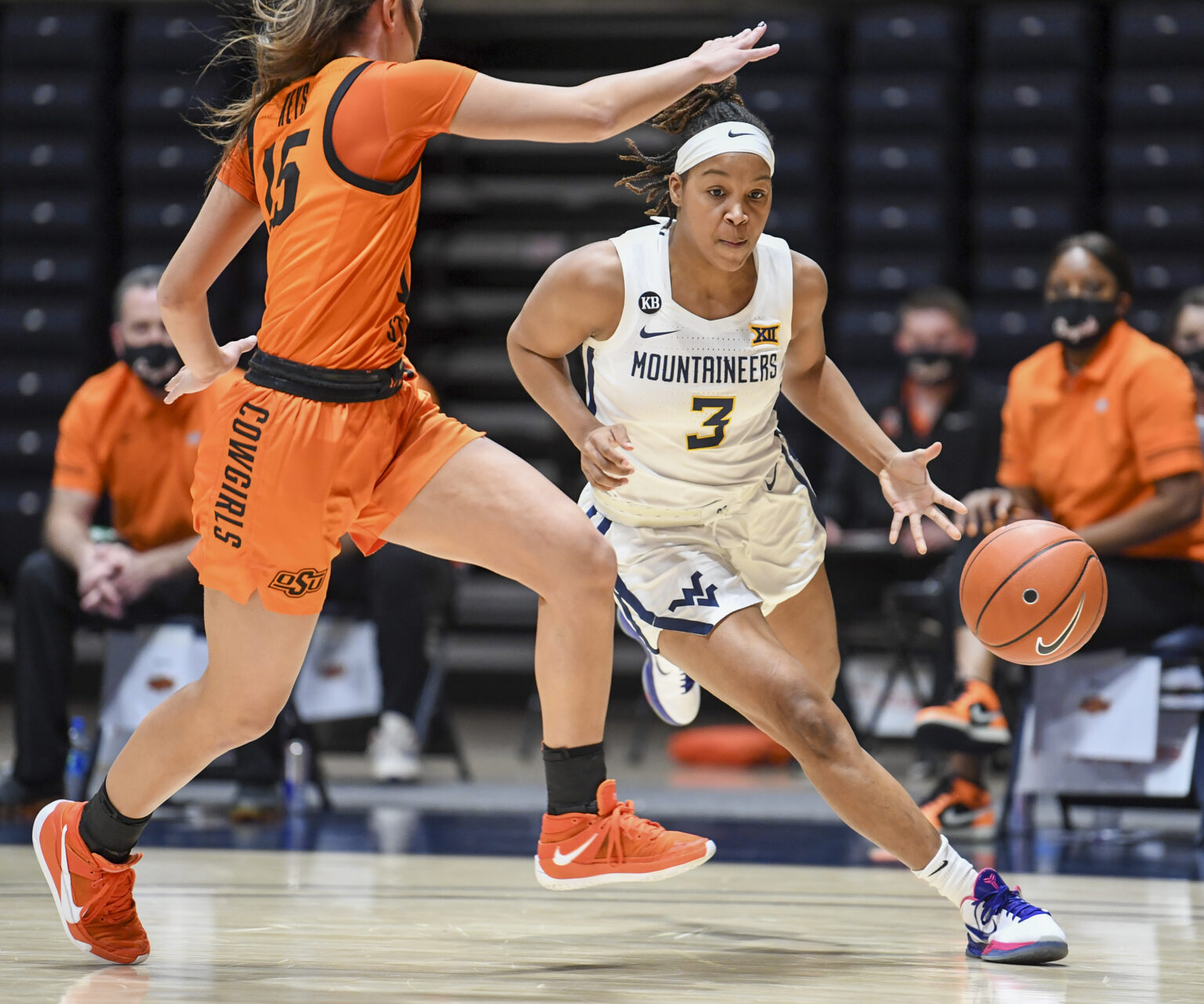 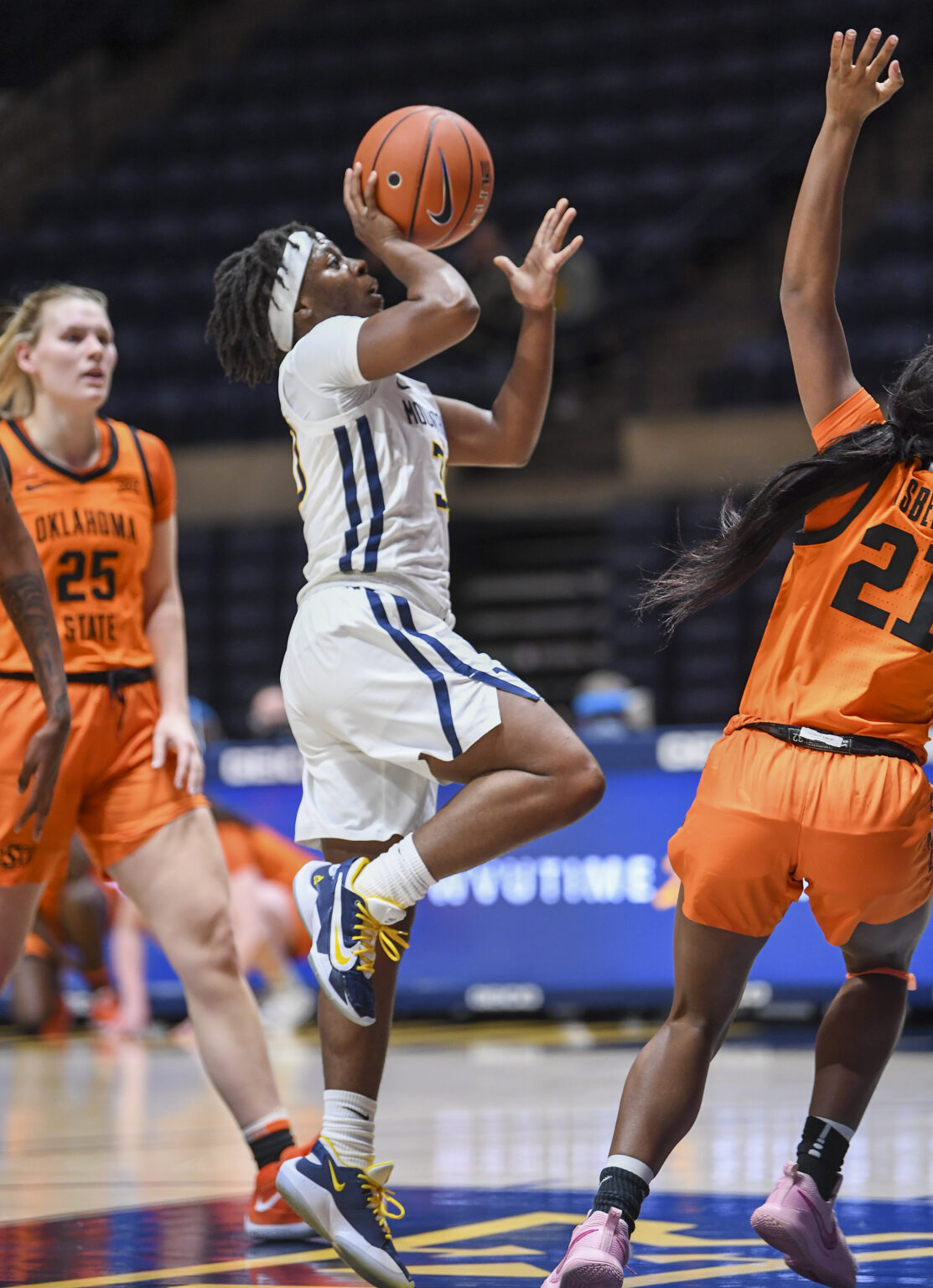 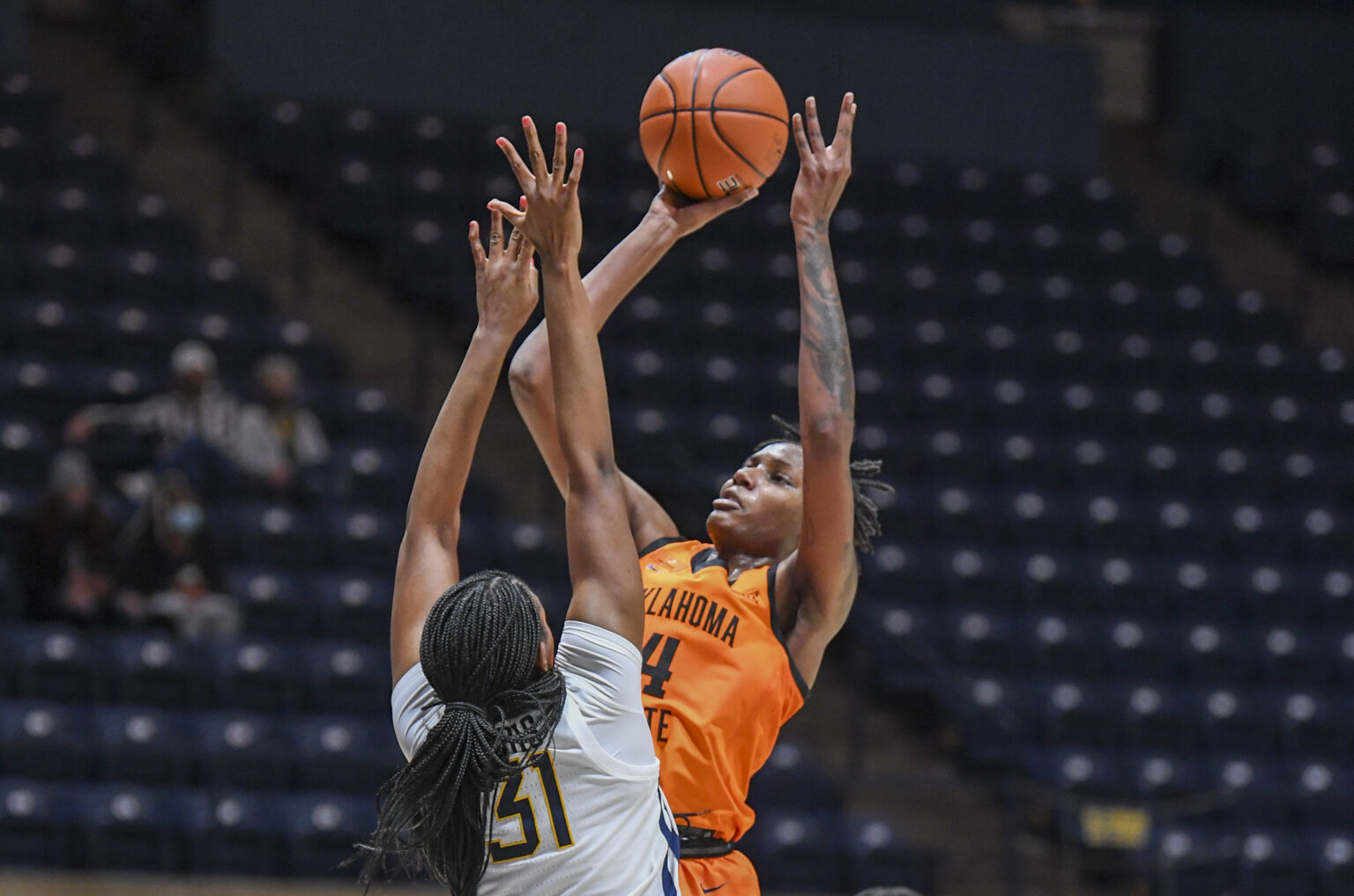 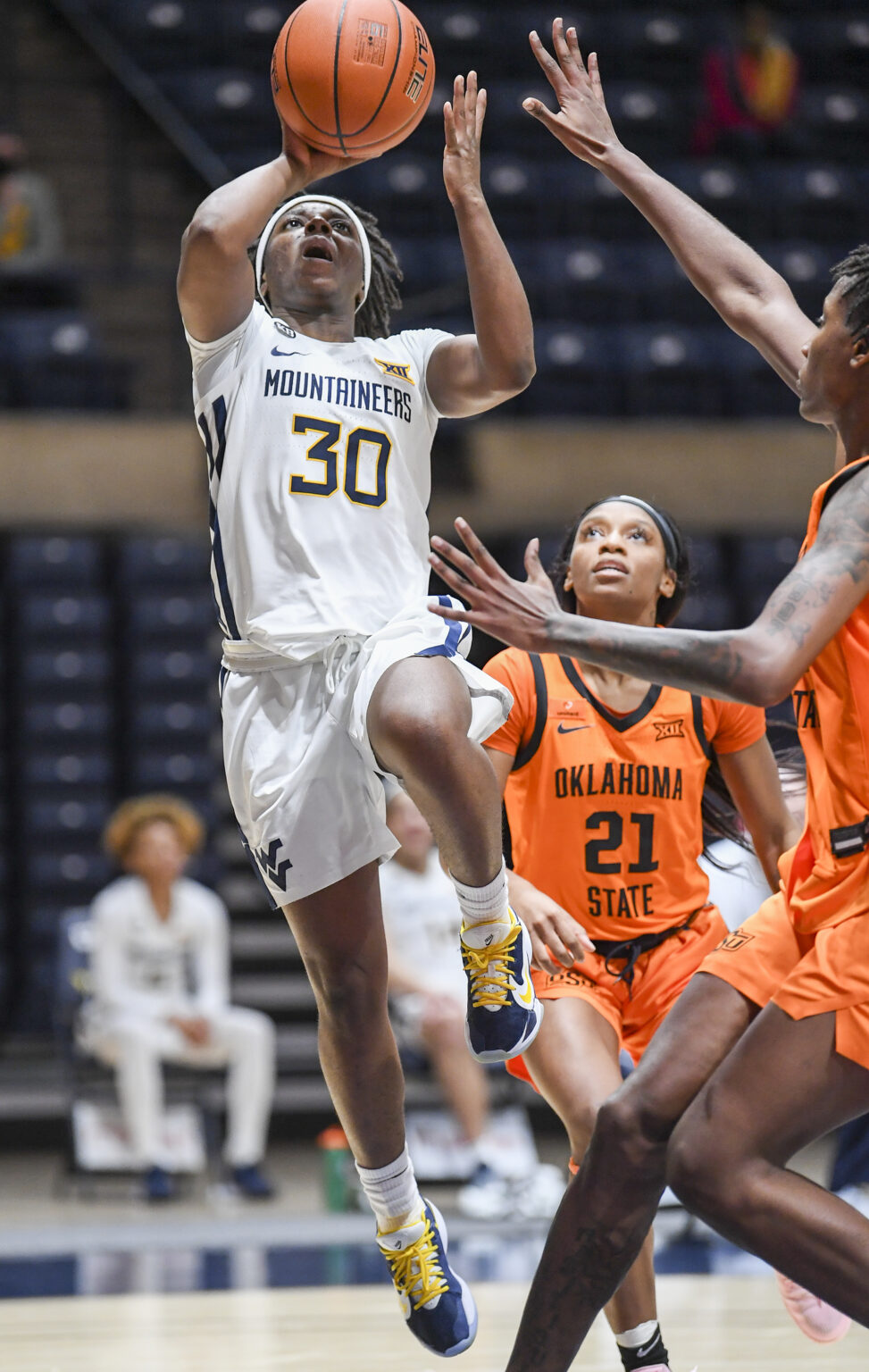 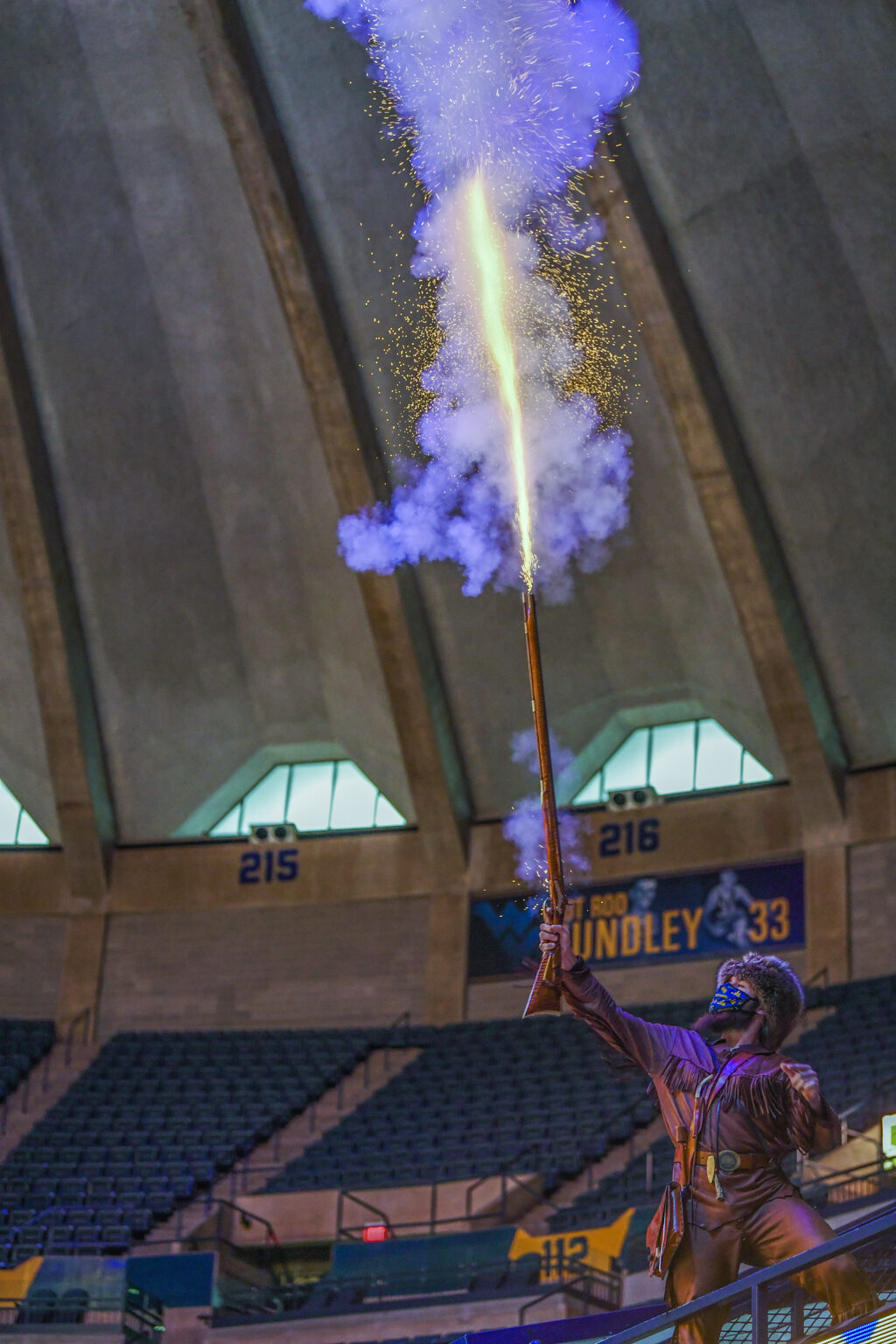 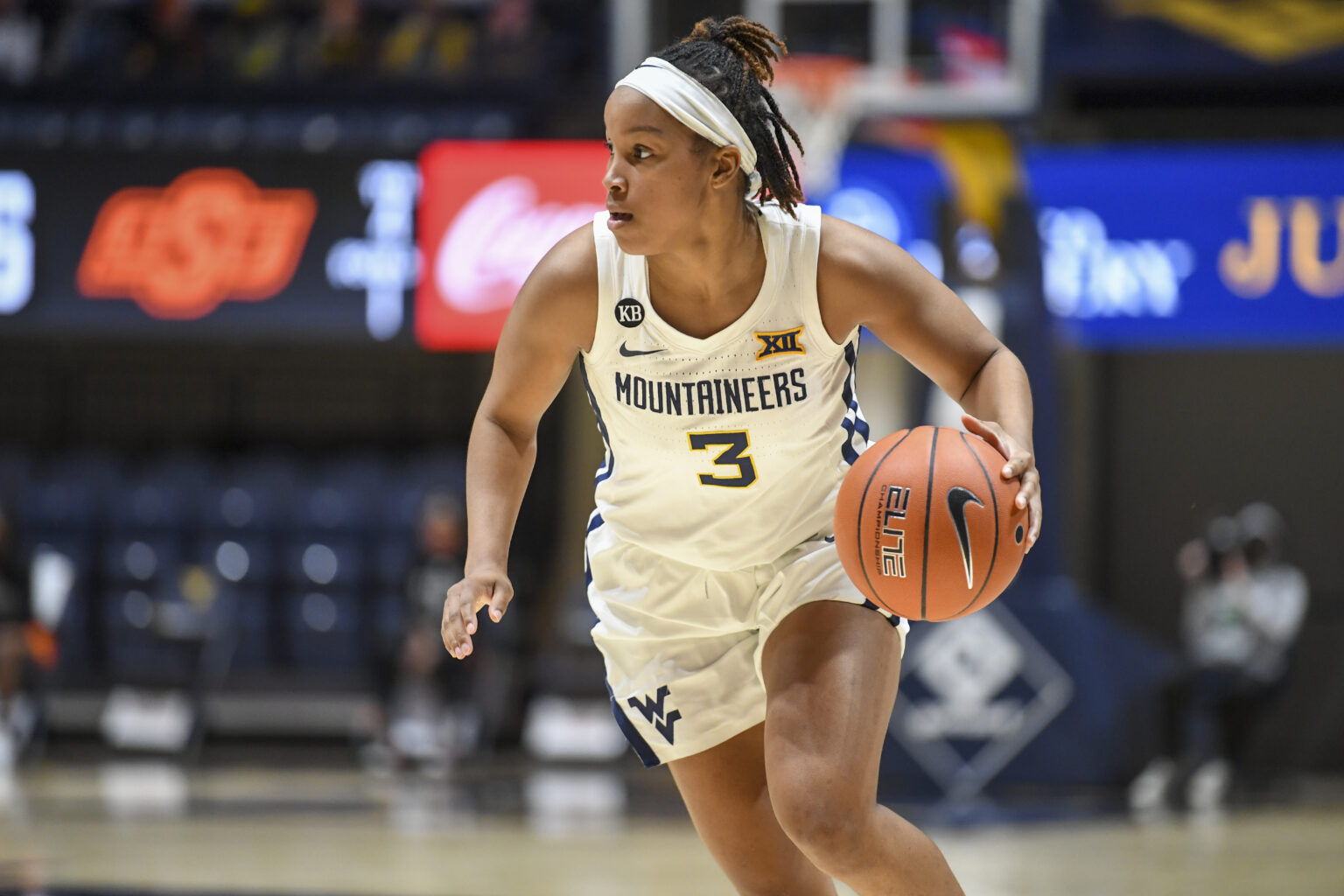 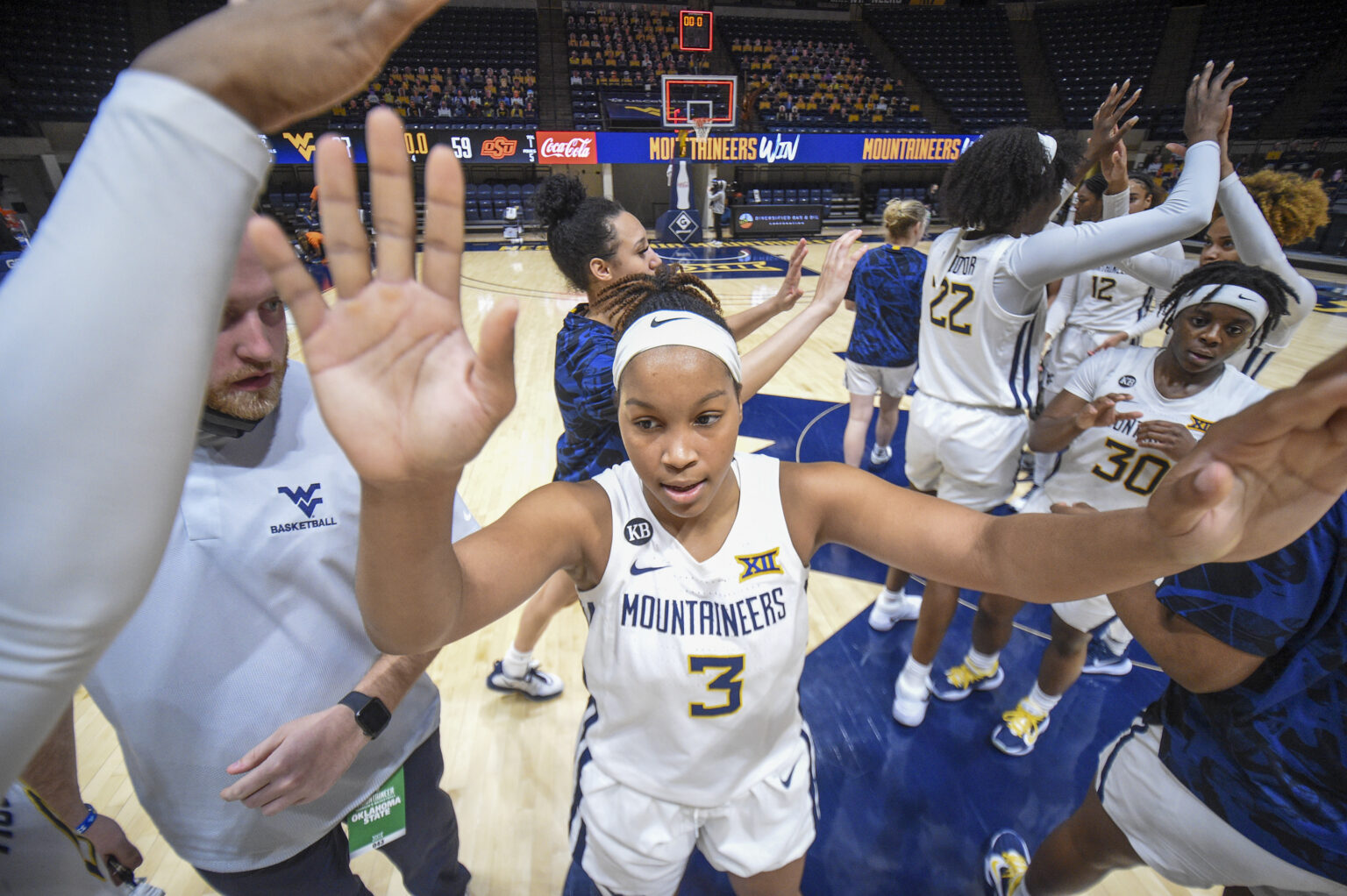 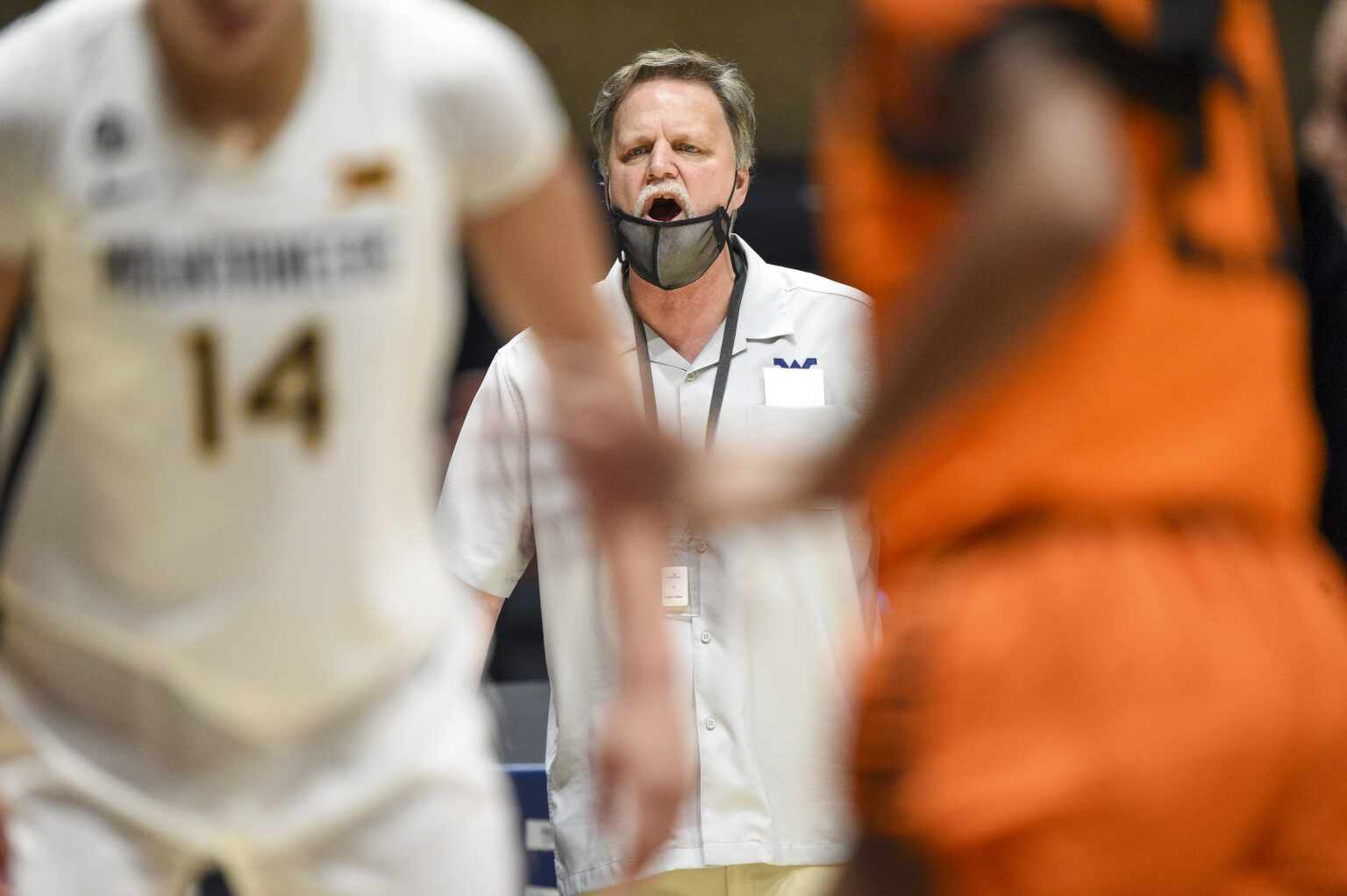 MORGANTOWN, W.Va. — West Virginia avenged one of their two losses on the season Saturday afternoon at the Coliseum, rallying from a dozen points down in the third quarter to defeat Oklahoma State 67-59. With the victory, WVU extended their win streak to five games and they became the first Big 12 team to reach the 10-win mark.

“I kept telling the players, ‘Whoever wants it the most down the stretch is going to win this game’. I thought our girls showed a lot of guts,” said WVU head coach Mike Carey.

“We had to go back to our roots and do what we do best,” said WVU guard K.K. Deans. “That’s defense creating offense. We locked down on ‘D’ and got the stops we needed. That created offense. People came off the bench and hit shots.”

Neither team led by more than four points in a tightly-contested first half. WVU led 15-13 after the first quarter.

In the third quarter, Oklahoma State used a 9-0 run to stretch their lead to a dozen at 42-30. Ja’mee Asberry capped the run with five consecutive points. West Virginia quickly responded with an 11-0 run to pull within a point at 42-41. At the end of the third, OSU lead 45-43.

“We just had to find it,” Deans said of the third quarter run. “Somebody had to hit a shot. Somebody has to get us going. Once we got it, we had to keep the gas on.”

A Madisen Smith 3-pointer in the opening minute of the fourth quarter gave the Mountaineers a one-point lead, 46-45. OSU led 52-50 at the midway point of the fourth before West Virginia responded with a 12-2 run to secure the victory. Jasmine Carson doubled the lead from three to six, capping an 8-0 burst with 2:30 to play.

“I don’t think there was any bigger shot than Jasmine’s,” Carey said. “We got a lot of confidence from that.”

The Mountaineers played without their leading scorer and every-game starter Kysre Gondrezick. She attended the funeral of her father Grant, who passed away late last week.

Four Mountaineers scored in double figures, led by Deans’ 18-point effort. “K.K. yesterday had a temperature of 102,” Carey said. “For her to have the game she had with 18 points and 5 assists, you have to give her credit.”

Asberry led all scorers with 24 points and Natasha Mack added 15 points and a dozen rebounds.

“(Mack) still got some good looks but we held her to 15. She has been having 30-point games,” Niblack said.

Rochelle Norris got the start in place of Gondrezick. WVU had the same starting lineup for the first eleven games of the season.

Sports
19 starters return for Independence after a run to the Super Six in 2021
The Patriots finished as the Class AA runners-up last fall with an 11-1 record.
By Joe Brocato
Sports
Notebook: Week 1 of WVU training camp concludes Sunday; evaluations set to begin
The Mountaineers will go through their first practice in full pads on Sunday.
By Joe Brocato
Sports
As Huff enters second season leading Marshall, program familiarity should prove beneficial
The Thundering Herd began preseason practice Friday in preparation for their first season in the Sun Belt Conference.
By MetroNews
Sports
Back in playoff picture, Nicholas County boasts experienced roster
The Grizzlies won 8 games and advanced to the playoffs for the fifth time in six seasons last fall.
By Joe Brocato
View AllHoppy's Commentary