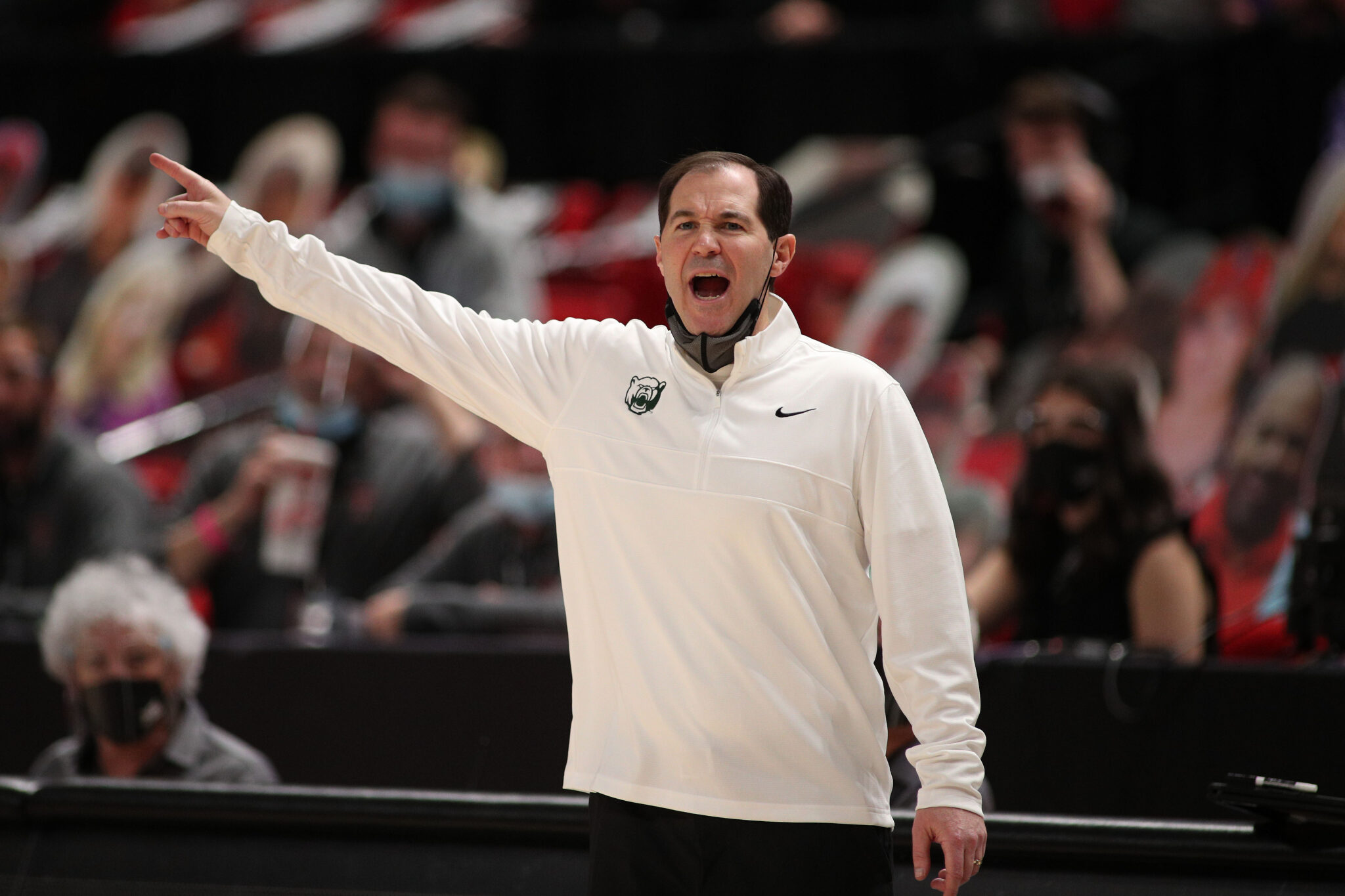 COVID continues to play a big role on who is, and obviously as importantly, who isn’t on the court in the Big 12 at the moment.

For example, on Saturday around the Big 12, three conference games, were postponed by COVID.  So six teams — over half the league — was sidelined.

With only a limited number of teams playing right now, putting together a clear  picture of Big 12 hoops in our Snapshot is difficult.

What do you do with WVU?  West Virginia came within a whisker of upsetting Texas, but have lost three of their last four conference games and would have been underdogs at Baylor, if COVID hadn’t caused the game to be postponed due to issues inside the Mountaineers’ program.

In any case, ready or not, here’s this week’s Big 12 Snapshot; a ratings system that uses a fantasy sports tier format, rather than power rankings or conventional standings.

Baylor remains the only Big 12 team that’s currently undefeated at 12-0 and perfect in conference play at 5-0.  The Bears’ home date with WVU was postponed due to COVID issues with West Virginia last week, but BU shook off the rust in a workman-like 68-60 road win at Texas Tech over the weekend.  In a sign of just how dominant the Bears have been this season, this was Baylor’s first victory of  on the season by single-digits.  Baylor has a huge home game with Kansas on Monday night — a game that could truly shift the power in the Big 12.  A win by the Bears would give BU a three-game lead over KU in the conference standings.

Texas bounced back from a home loss to Texas Tech, with a solid 82-67 victory over Kansas State in Austin last time out.  In the win over K-State, Shaka Smart had to go deeper into the bench than expected, because three Longhorns, including impressive freshman Greg Brown, were unavailable.  Kamaka Hepa, who had seen very limited minutes and was initially considered a strong candidate for a redshirt, stepped up and led UT with 15 points in a game that featured an 18-0 first half run.  Smart said after the game that Smart said Brown, Kai Jones and Brock Cunningham will remained sidelined for Texas’ next game, a date with Iowa State on Wednesday.

It’s very likely that Kansas was more than ready to take out the frustrations of a road loss at Oklahoma State when they prepared to face Iowa State over the weekend, but never got the chance after COVID postponed the game due to problems inside the ISU program.  KU visits Baylor on Monday night in a game that could potentially go a long way in determining if Kansas is a contender for the regular season title again or not.  The Jayhawks have not been consistent in recent games.  Remember how KU was raining threes against WVU?  At Oklahoma State, Christian Braun and Jalen Wilson combine for just 11 points.

Texas Tech has won nine of its last eleven games but came up short over the weekend against Baylor, losing 68-60 to the Bears.  Mac McClung, who hit the game-winning shot at Texas last week, led TTU with 24 points against Baylor.  But the Red Raiders had all kinds of trouble figuring out BU’s rugged defense, scoring just 18 points in the first half.  It was a first half in which TTU shot no free throws, after heading into the contest leading the nation in free throw attempts per game.  Terrence Shannon also struggled against Baylor, he was just 1-for-7 from the field with no assists.  While nothing in guaranteed in the Big 12, Texas Tech should rebound this week with a trip to TCU Wednesday, followed by a home date with last place Iowa State.

WVU slips down a single rung in our Snapshot after not playing any games due to COVID inside the WVU program last week.  In trying to decide who should be the top team in Tier Two of the Snapshot, it simply came down to this; Texas Tech beat Texas, West Virginia did not.  The Mountaineers will not host Oklahoma State on Tuesday due to COVID and are scheduled to get back in action next Saturday at K-State.

There’s really no good time to have COVID impact your schedule, but after upsetting Kansas last Tuesday, OSU hasn’t played since.  The Cowboys were unable to play Oklahoma on Saturday and their game with WVU in Morgantown, originally set for Tuesday, has already been postponed.  OSU got a little more bad news late last week, the it was revealed that guard Chris Harris is out for the rest of the season due to a knee injury suffered against UT-Arlington.  At 9-3 and their three losses (including one to WVU) coming by a combined seven points, Oklahoma State will likely crack the Top 25 this week.

The Sooners played just one game last week, after their game with Oklahoma State was postponed due to COVID inside the OSU program, but they made it count.  After four straight games against top-15 teams, including a win over WVU,  Oklahoma drilled TCU, 82-46.  Lon Kruger’s Sooners turned up the defensive heat on the Frogs, forcing 16 turnovers and converting them into 25 points.  OU has quietly put together a solid start at 7-4, 3-3 in the Big 12, and will host K-State on Tuesday night.

TCU makes its first appearance in Tier Three of our Snapshot this week.  And honestly, we could have easily dropped the Frogs below K-State and Iowa State.  The Frogs were hammered at Oklahoma last Tuesday, 82-46, as TCU remained winless in eleven trips all-time to Norman.  TCU has dropped its last three games by an average of 21 points — arguably the worst run since Jamie Dixon left Pitt for Fort Worth.  Due to the postponement of the road test at WVU (COVID), TCU is in the midst of an eight-day break to gear up for a home test against Texas Tech on Wednesday; the first of a three-game run against ranked teams, also featuring Texas and a trip to Kansas.

Kansas State is also trending in the wrong direction.  K-State were losers at Texas on Saturday, 82-67.  The Wildcats have lost four straight games and have dropped five conference games in a row, since their league-opening upset at Iowa State. KSU was led by Davion Bradford’s 14 points with seven rebounds at Texas, but the Wildcats were without Nijel Pack, Kaosi Ezeagu and Montavious Murphy in the loss.  If you are looking for silver linings, KSU shot 57 percent in the second half at Texas after the game had long been decided, but it might be an indicator that this young team is starting to find a rhythm at the offensive end.  K-State heads to Oklahoma for a game on Tuesday and will host West Virginia next Saturday.

Iowa State paused team activities on Friday due to COVID-19 protocols, so the Cyclones’ game at Kansas had to be postponed.  This was fourth ISU game this season that’s been impacted by COVID.  But even when Iowa State has managed to get on the court, they have been awful.  The Cyclones are the only team without a conference win in the Big 12 and have lost seven of their last eight games, with the only win in that stretch coming against Jackson State (1-5).  The problems in Ames are easy to identify; ISU is currently last in the Big 12 in scoring defense, rebounding and assist/turnover ratio.  But correcting them?  That’s a different story.