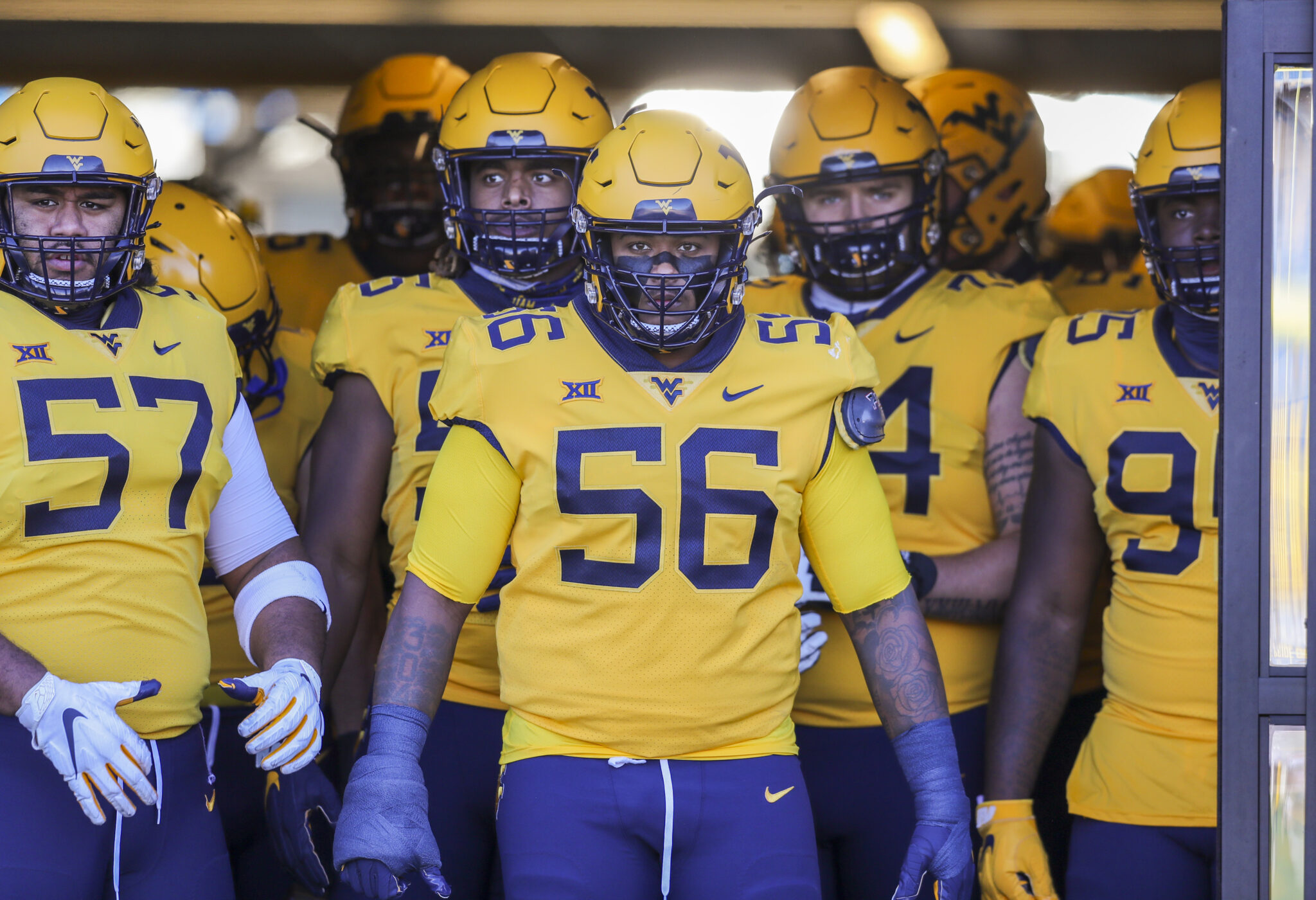 MORGANTOWN, W.Va. — Three-and-a-half years after arriving at WVU and breaking into the defensive lineup as a true freshman, Darius Stills has left Morgantown to embark on the next chapter of his football journey. Like many NFL hopefuls, Stills has gone south to train for pre-draft workouts. The Fairmont Senior High School graduate is in his third week of intensive training in Fort Lauderdale, Fla.

He could have elected to begin his pre-draft preparations about a month earlier. But going against the trend of some top professional prospects, Stills opted to play in WVU’s bowl game. He helped the Mountaineers to a 24-21 win over Army in the Liberty Bowl.

“I couldn’t imagine having my teammates out there without me, especially going against a team like that or any other team,” Stills said. “I remember in my sophomore year, a couple of the guys opted out. We all kind of felt like we were lost. I didn’t want my teammates to feel that way about me. I am a ball player. I will play anywhere, anytime. I am glad we finished that game off strong.”

Stills’ name was well-known throughout West Virginia late in his high school career yet he wasn’t attracting a high volume of interest from ‘Power 5’ schools. That fact never escaped him.

“I knew what type of football player I could be. I knew if I just worked hard at that, I would get there. I am not there yet. But I know I am very close.

“It fueled that fire and made the chip on my shoulder bigger. I am the type of guy that likes to prove people wrong. The best feeling is not to seek revenge, but just to succeed.”

Stills played in 21 games during his freshman and sophomore seasons in 2017 and 2018. But he thrived in his junior season, following the transition in coaching staffs from Dana Holgorsen to Neal Brown.

“I heard the coaching staff coming in was going to run a four-down front and let us get after it because that is what they did at Troy. I was just really happy to get the opportunity.”

As a junior, Stills earned All-Big 12 first team honors while starting 11 games. He led WVU in tackles for loss (14.5) and tied for the team lead with seven sacks.

“Over time, I was maturing by learning about the game and slowing it down in my head. I knew I could shoot gaps and I could play ball. But I just had to learn how to do it, when to do it and where to do it. Maturing mentally throughout the years definitely helped. And learning new schemes benefitted me and made me more in tune with what is going on.”

In the 2019 season opener against James Madison, Stills collected six tackles and blocked a field goal. It was in that game that he gained added belief that he could evolve into an impact player.

“I got that sack and I knew that I could play this game. That’s when the confidence kicked in. Once you get confidence, you can do anything.”

In many ways, Stills introduced himself to the college football world with his performance on Halloween night at Baylor.

Stills entered his senior season as the Big 12 Preseason Defensive Player of the Year and he backed up those lofty expectations by becoming WVU’s first consensus All-American in fourteen seasons. It is difficult for defensive linemen to make plays that go viral on highlight reels. Stills did just that with a diving interception against Kansas for his first collegiate turnover.

“I was running and I saw the ball tipped up. I knew I was a little far but I was going to lay out for it. It worked out. It is crazy because you see those plays and you are like, ‘What if that was me’? It was me. So that’s crazy.”

Darius’ days now follow a strict regiment of workouts, drills and lifting alongside other professional prospects.

“Right now, they are training us for speed. So they are getting us lean, building lean muscle and shedding a lot of fat off our bodies.”

Even though Darius will be playing on Sundays next fall, he is confident the group he leaves behind can continue to succeed on WVU’s first line of defense.

“We’ve got Taijh (Alston), Jeff (Pooler), Dante (Stills). We’ve got Jordan Jefferson. We’ve got Tavis Lee. We’ve got a whole bunch of people. Just be ready. It is going to be a show.”

Stills leaves WVU with one regret. He never had to opportunity to line up on offense and find the end zone.

“I told Coach Brown throughout the whole season, I said, ‘Hey, if it is goal line, I will run the ball in and score. I promise you. He laughed about it but I was dead serious.”