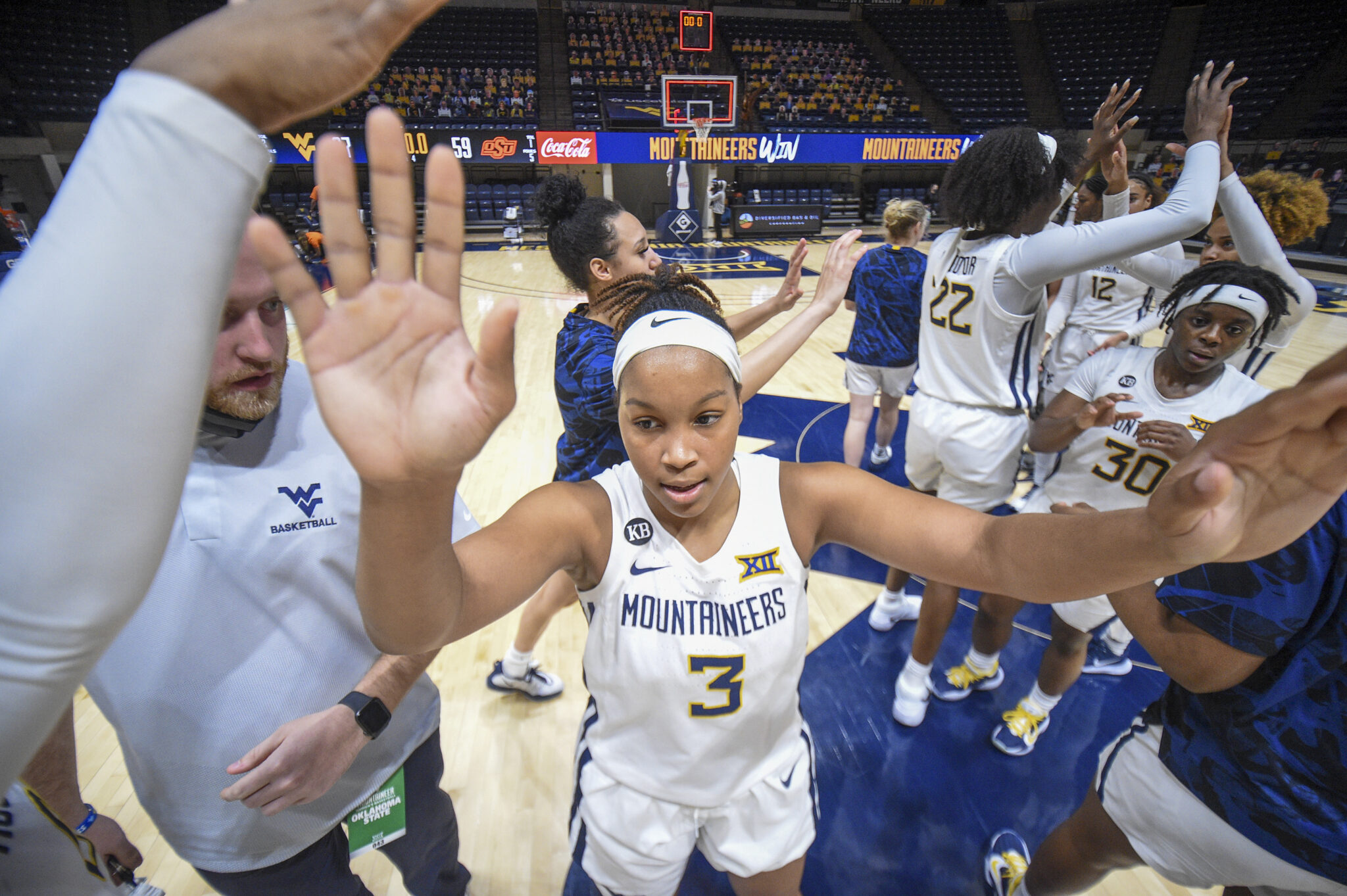 MORGANTOWN, W.Va. — The WVU women’s basketball team has won five consecutive games while Kansas State has had their last five games postponed. The Mountaineers will host the Wildcats Wednesday evening at the Coliseum. The two teams were scheduled to meet two weeks ago in Manhattan but KSU has been on pause due to COVID protocols.

“Are they bringing everybody? We’ll see at game time. We know that is the way it is going to be this year. We’ll prepare for everybody and do what we do. That way, we are prepared for the game no matter who dresses,” said WVU head coach Mike Carey.

The Mountaineers (10-2, 4-2 Big 12) haven’t lost since falling at Oklahoma State on December 18. WVU avenged that loss to the Cowgirls Saturday, defeating OSU 67-59. The Mountaineers rallied back from a 12-point deficit in the third quarter. Leading scorer Kysre Gondrezick did not play for West Virginia. She was attending the funeral of her father in Michigan. Carey says Gondrezick will be back in the lineup Wednesday.

Kansas State (5-4, 0-2) split two meetings with the Mountaineers last year, with each team winning on the others’ home floor.

“We know they will play a 1-3-1 zone and a 2-3 zone. Early in the season, when they were playing, they played a little bit of man. We know they will overload for the 6-6 girl. Because I have been in this league and (KSU head coach) Jeff (Mittie) has been in this league a while, I know what he likes to do. And they know what we like to do. So he is not going to go away from that.”

K-State is led in scoring and rebounding by 6-foot-6 sophomore center Ayoka Lee. She scored 27 points and grabbed 25 rebounds in two meetings against the Mountaineers last year.

“She is a legit 6-6 and has gotten stronger and more mobile. She is a great player in this conference. It takes three people to guard her. I always say that you have to have ball pressure on the passer, you have to front her and then you have to have weak side.”

After dropping their first two Big 12 games in December, WVU has climbed up to fourth place in the league standings, one game behind league-leading Iowa State. The Mountaineers are 24th in Tuesday’s edition of the NCAA NET ratings and they are receiving the fourth-most votes beyond the Top 25 teams in both the AP and coaches polls. WVU is a projected No. 6 seed in Charlie Creme’s ESPN Bracketology this week.

WVU jumped out to a 13-1 start last season before losing 11 of their final 15 games. Carey believes there is a significant difference in the makeup of this year’s roster.