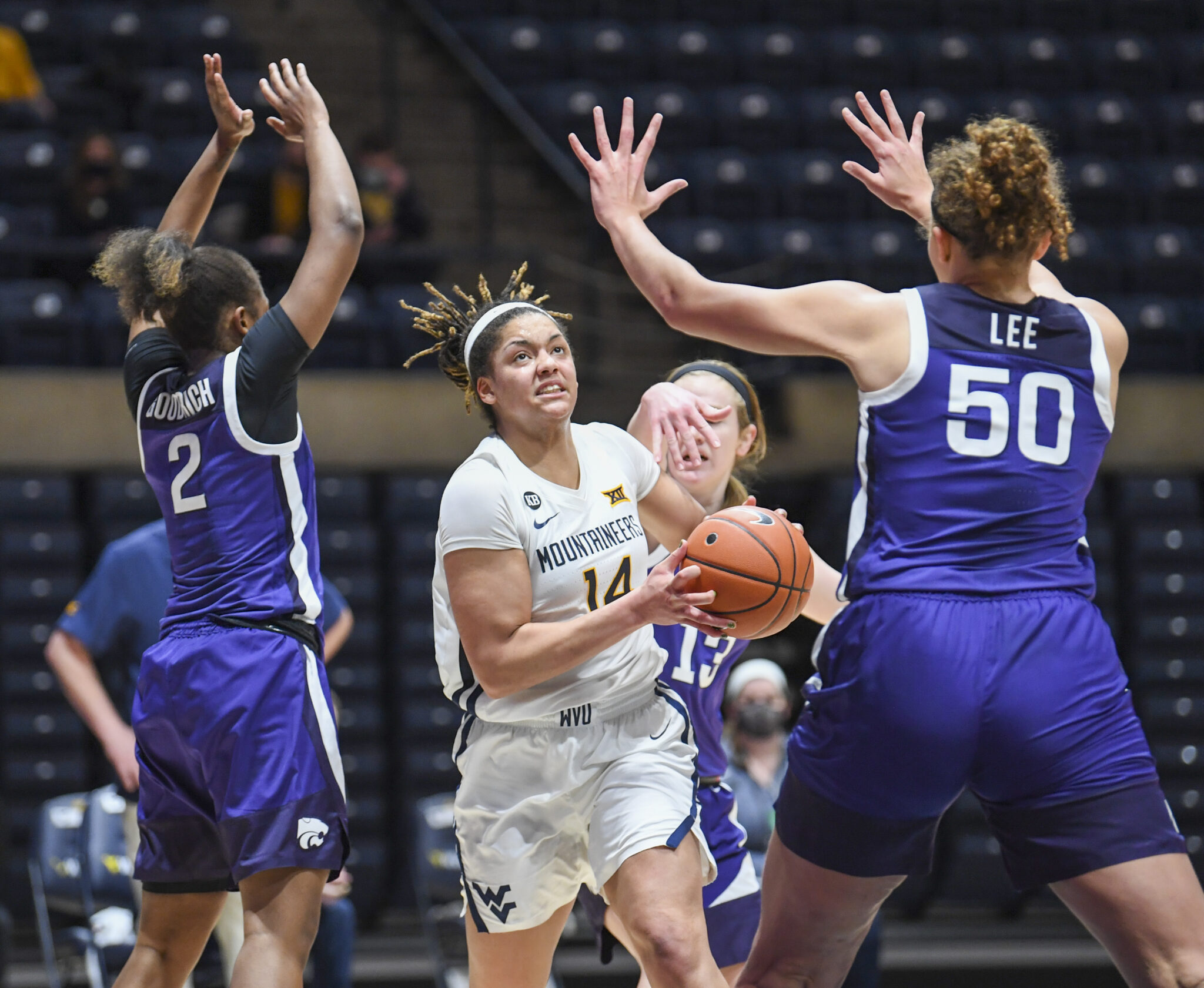 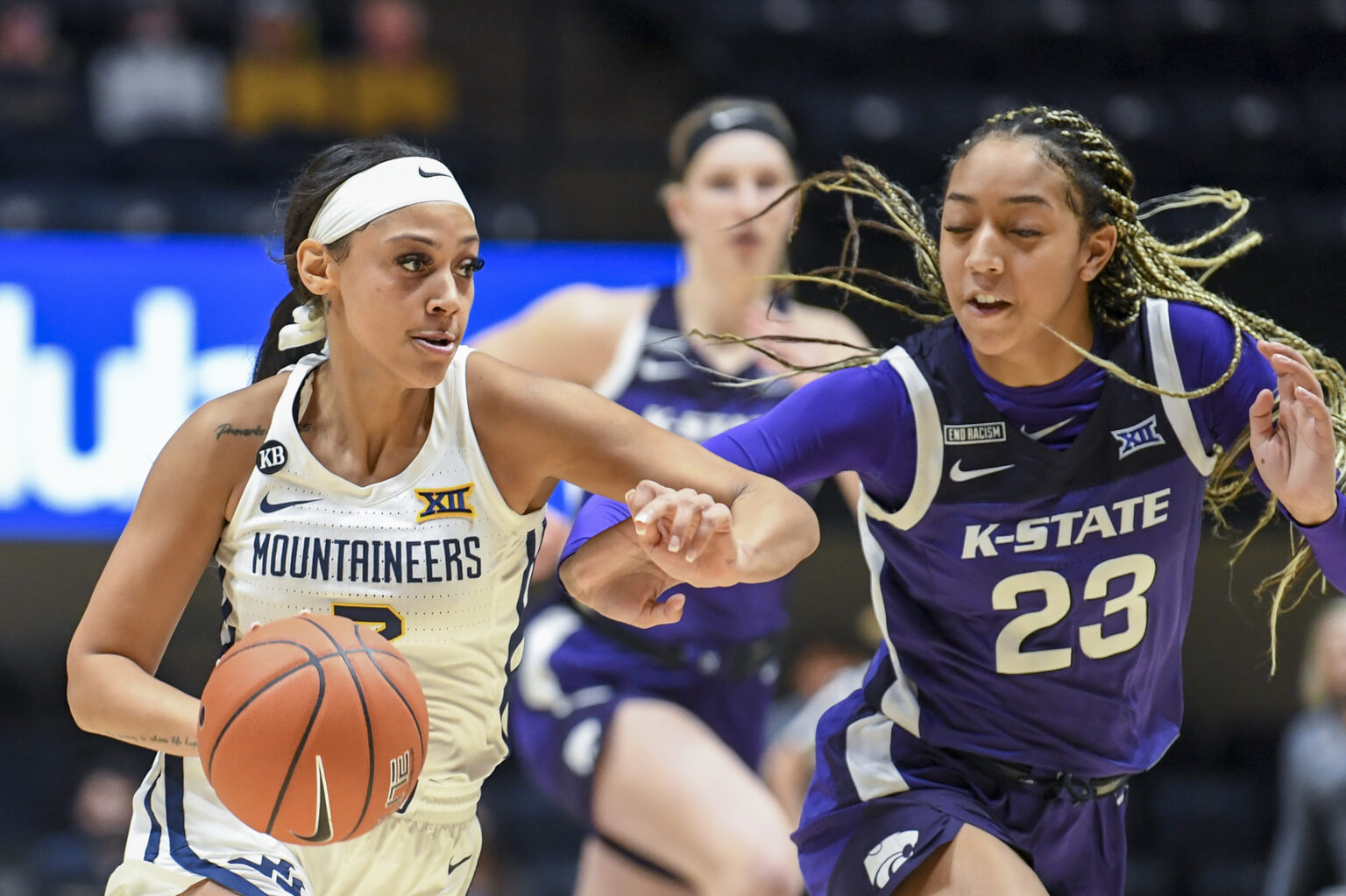 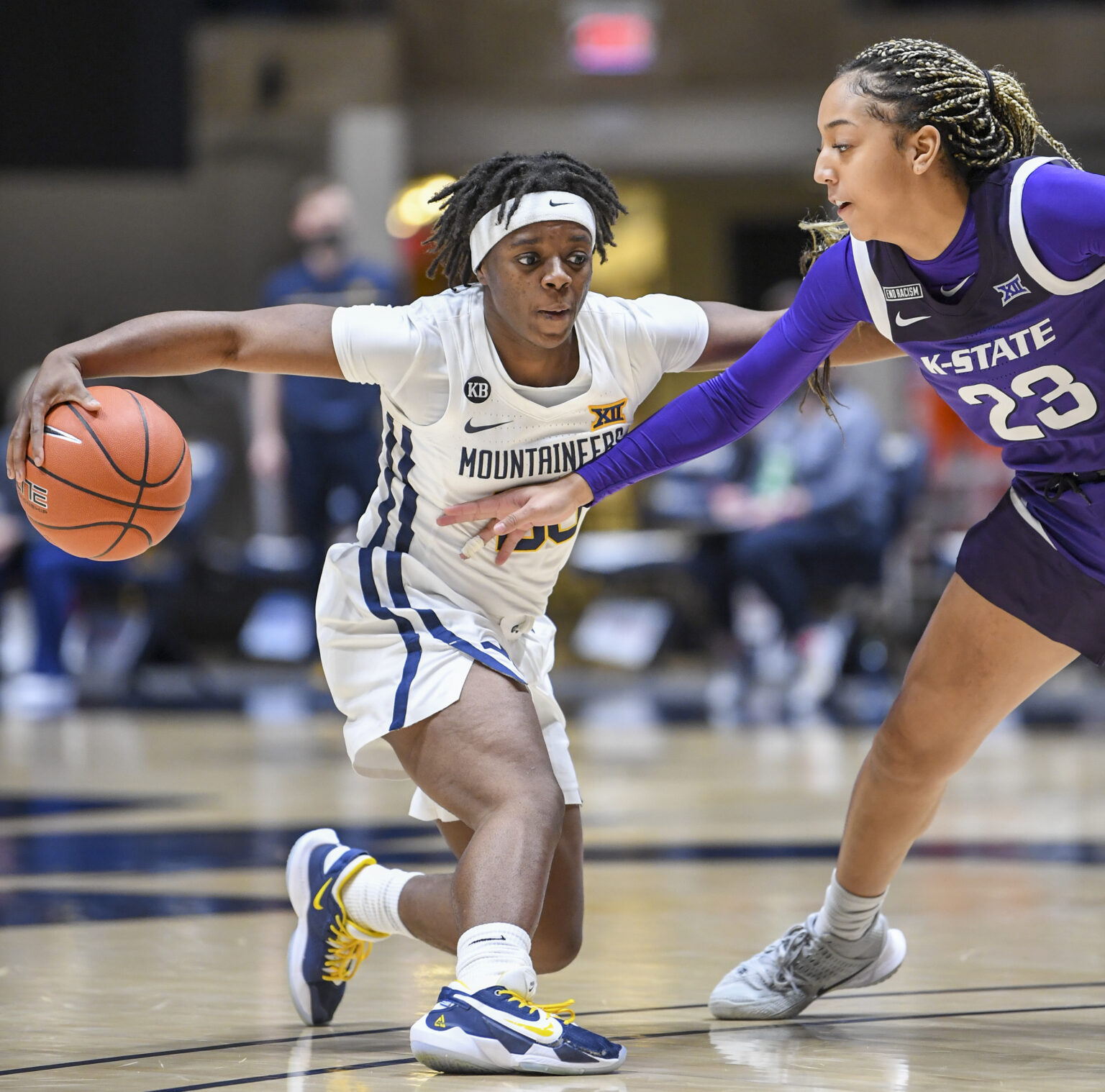 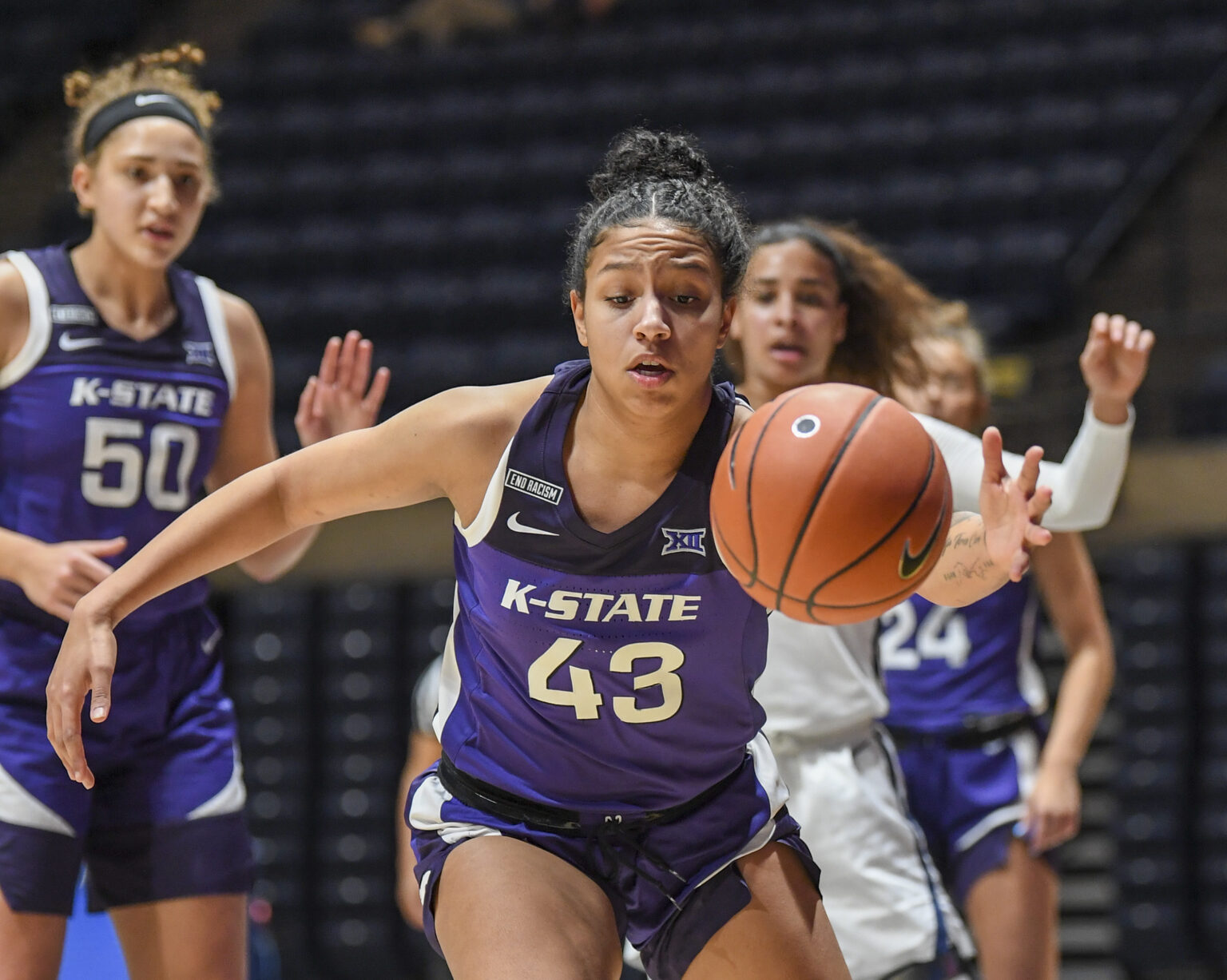 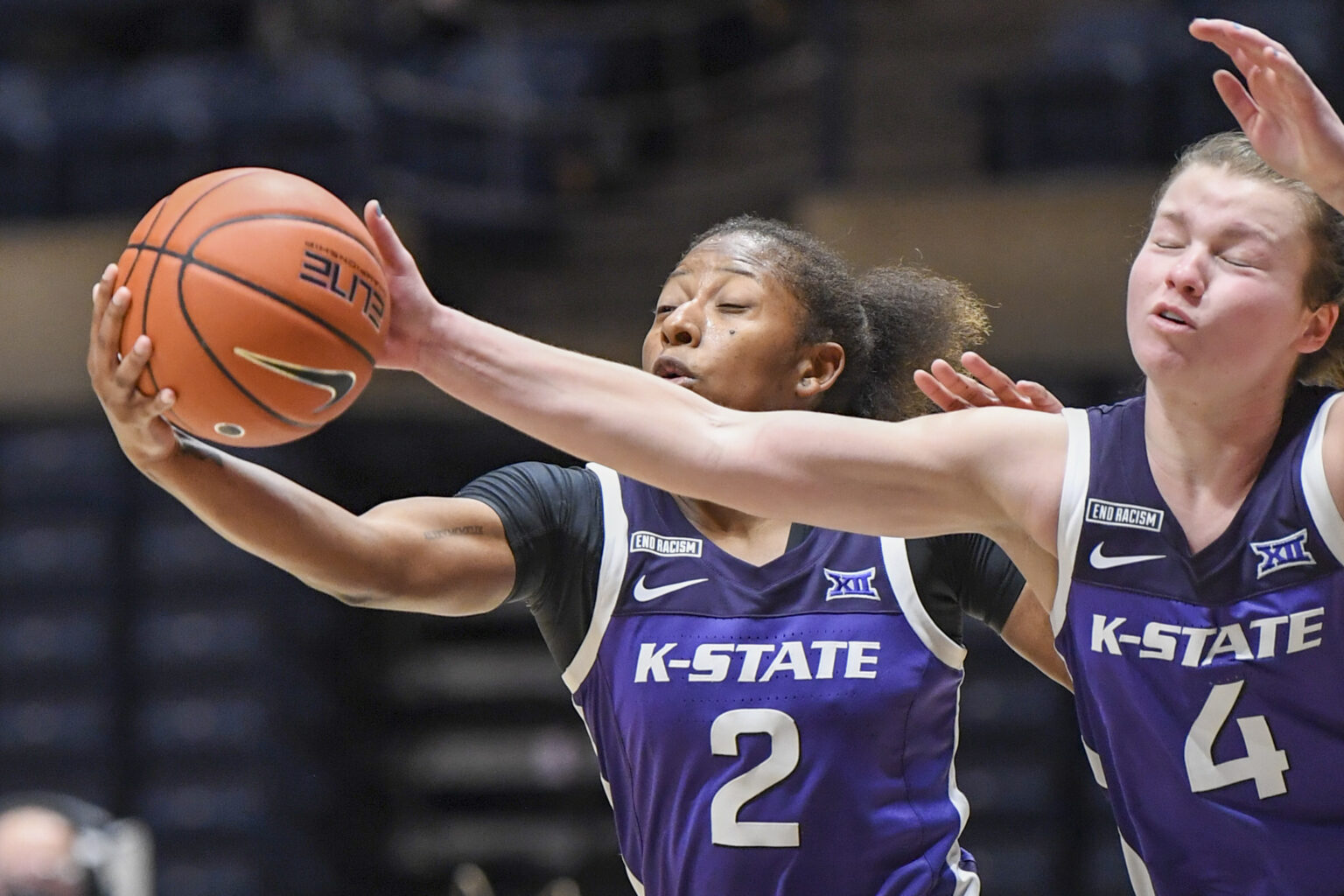 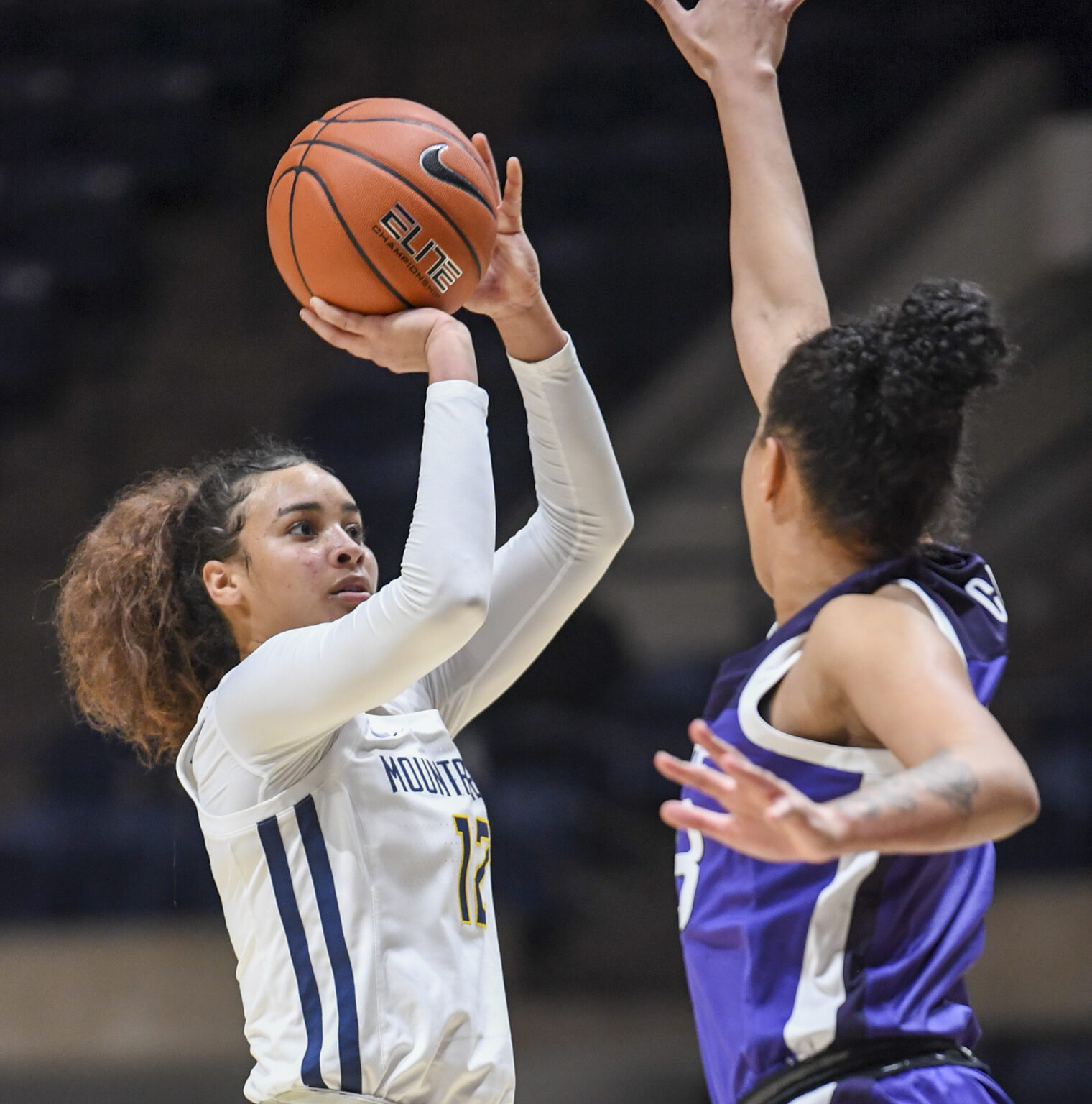 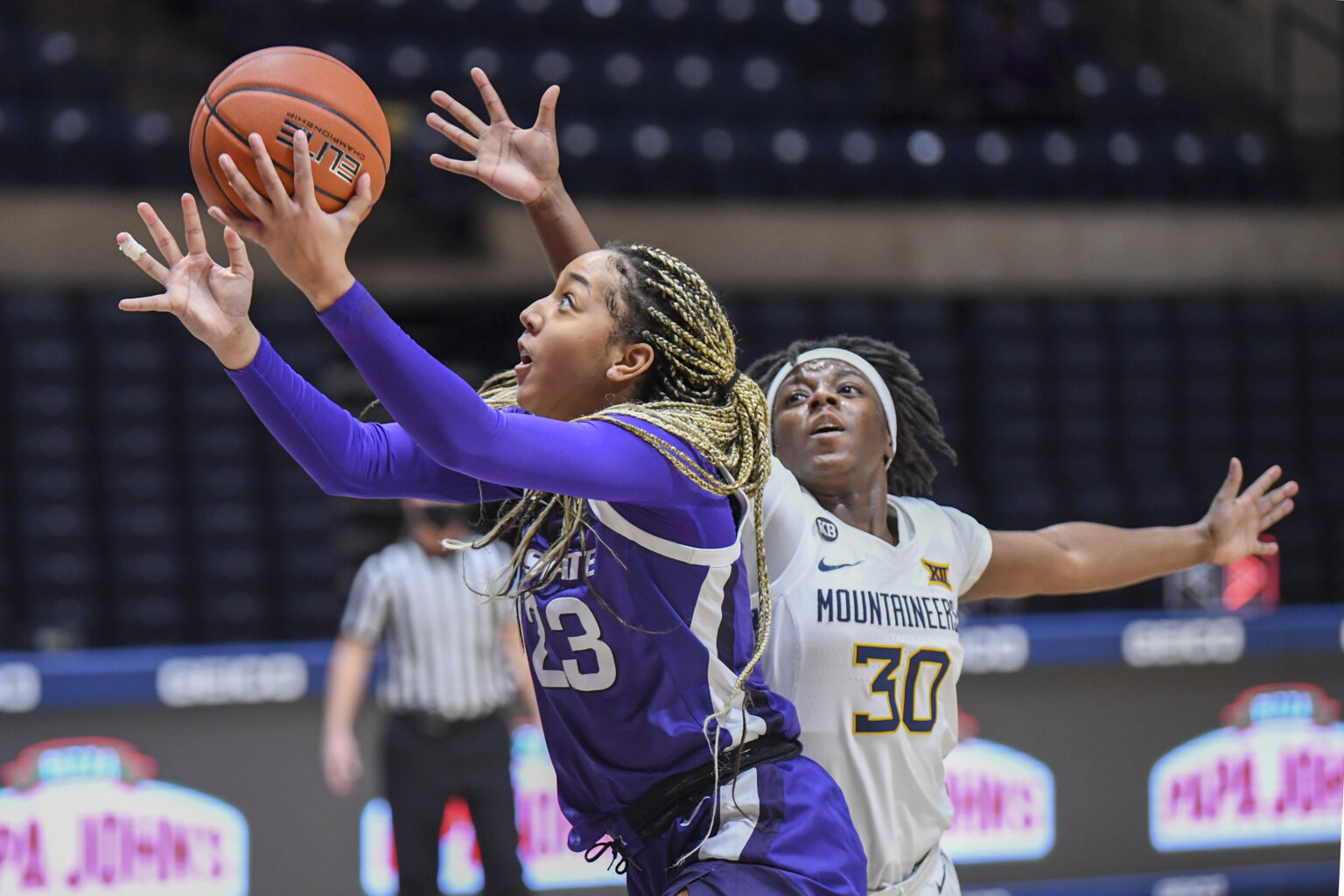 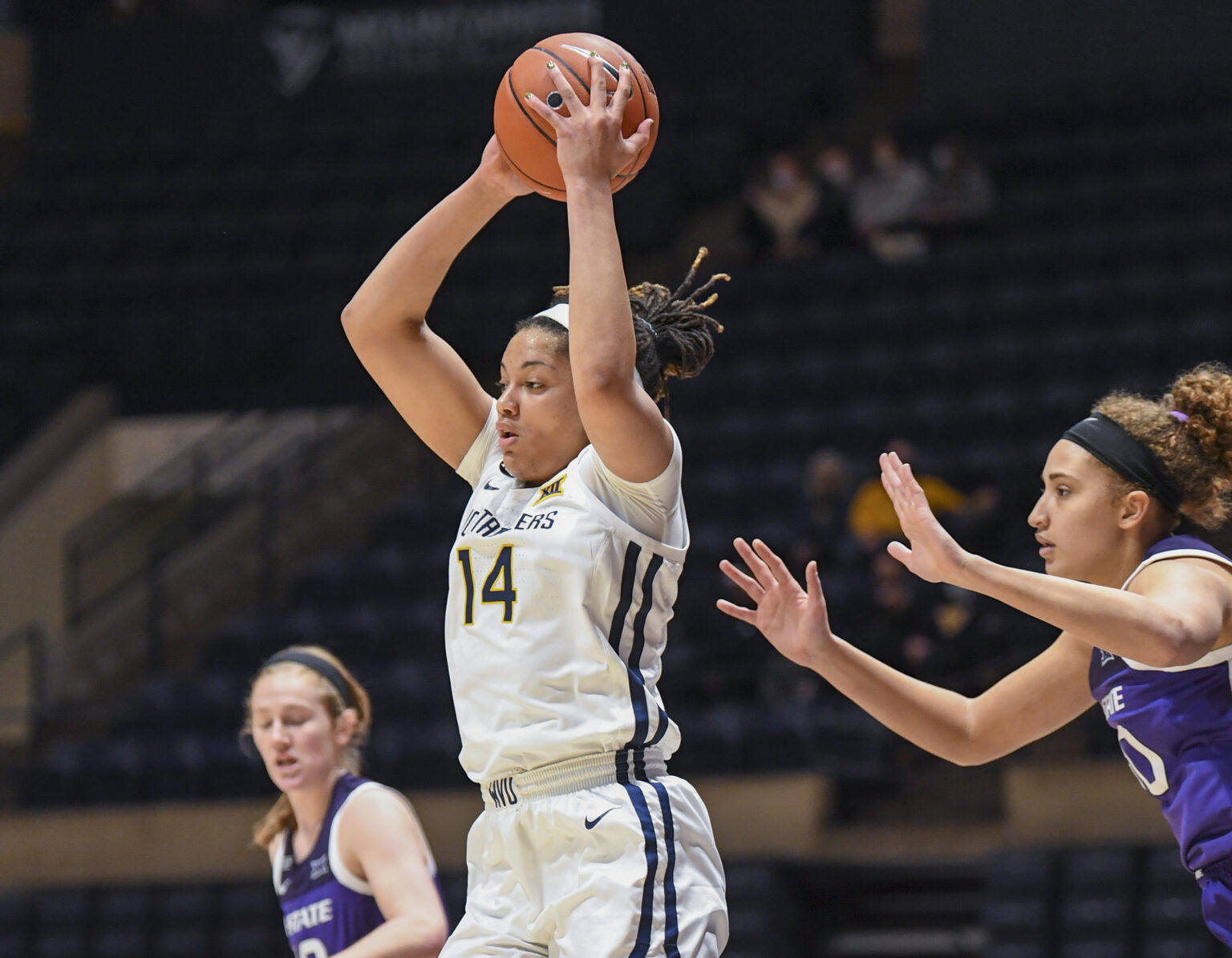 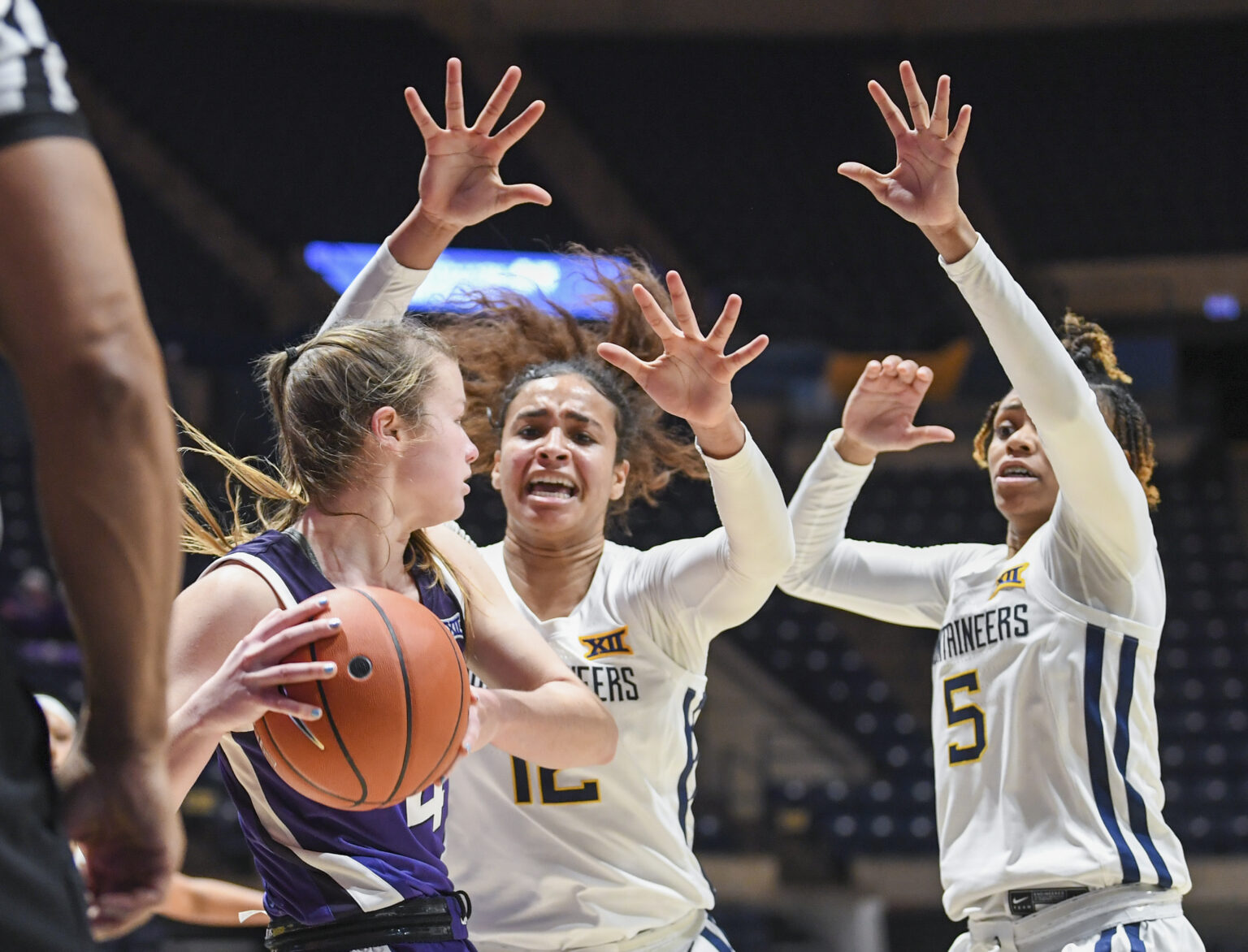 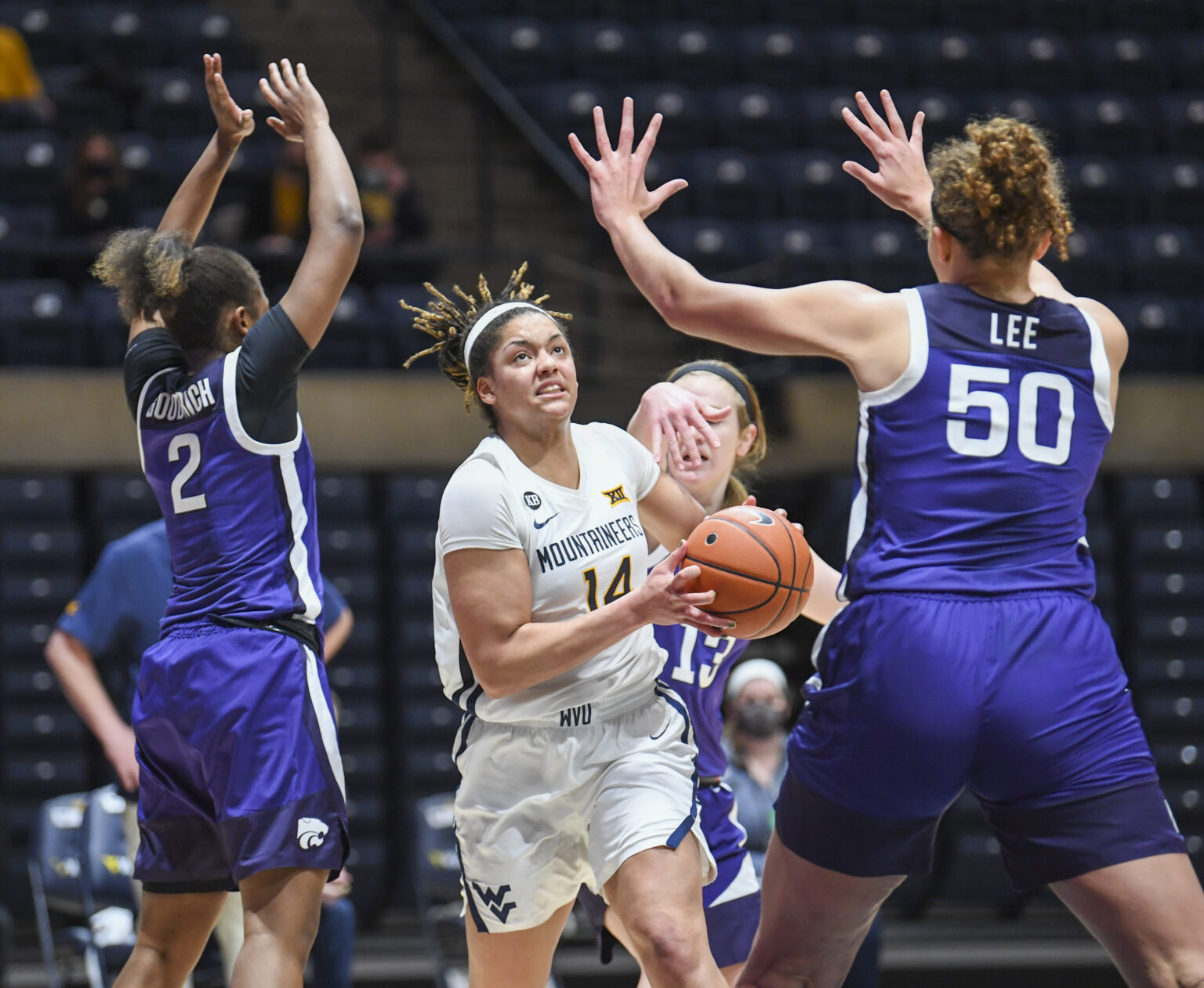 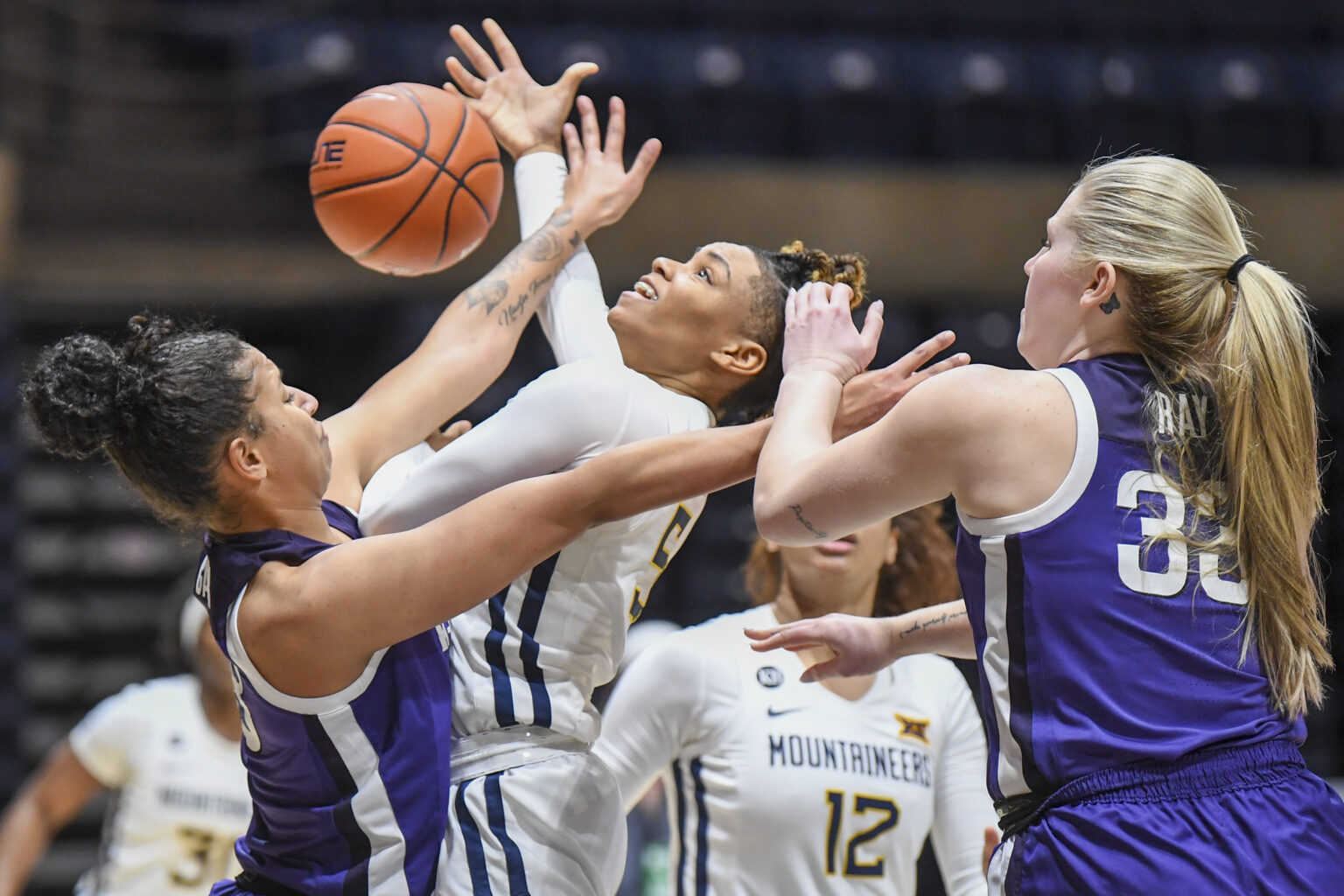 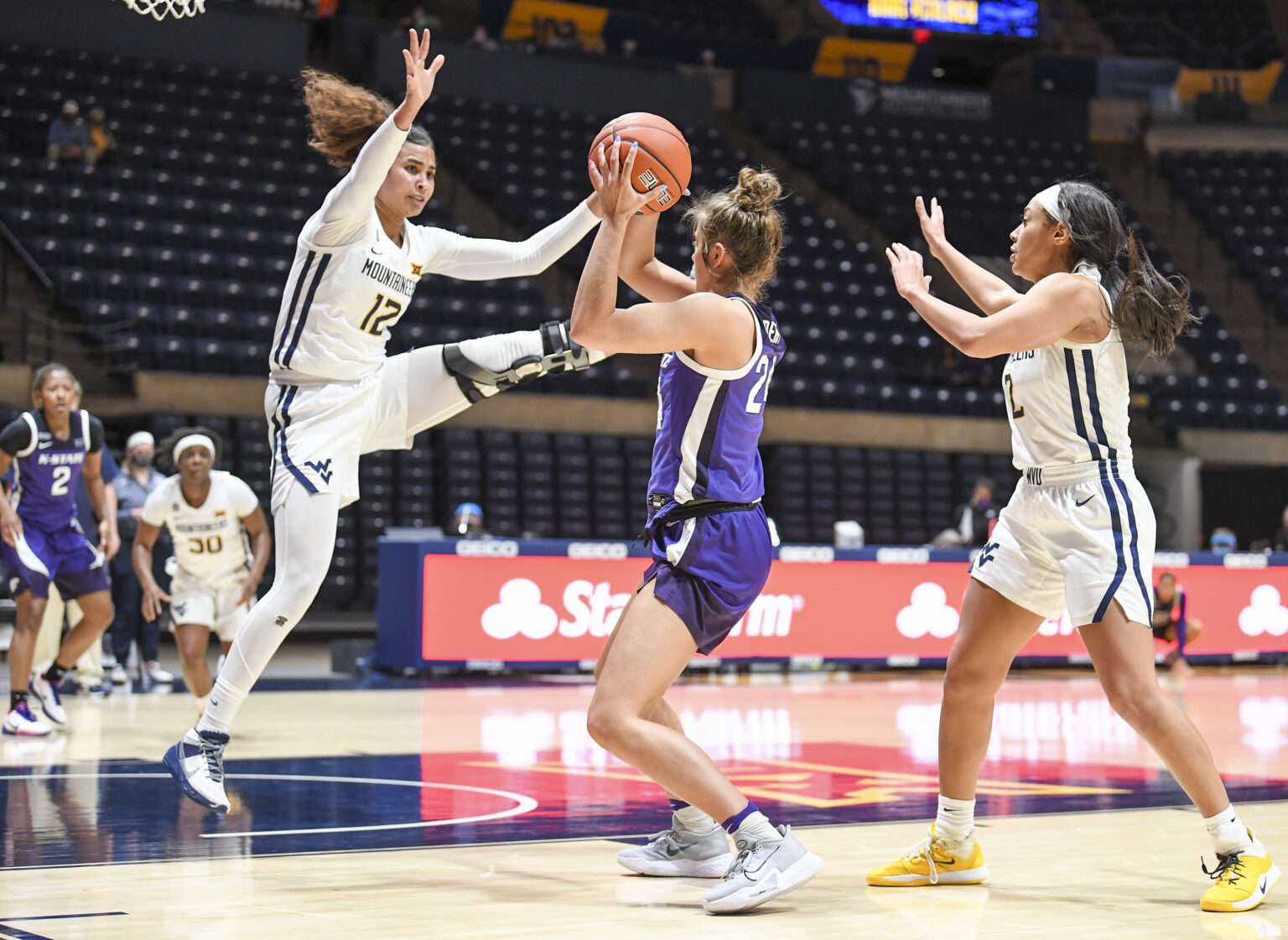 MORGANTOWN, W.Va. — Staring at a 12-point deficit with 3:05 to play, West Virginia finished off Kansas State with a furious 21-0 run to end the game as the Mountaineers won their sixth in a row, 65-56 at the Coliseum.

The Mountaineers needed just 1:14 to go on a 12-0 burst to tie the game with just under two minutes to play and they scored nine more points to complete the rally. K-State was held scoreless for the final 4:36 of the game.

“Last year’s team wouldn’t have done what we did today,” said WVU head coach Mike Carey. “We wouldn’t have had the energy. We didn’t play as hard as this year’s team. I thought it was good that we were able to see that we had energy. We were going down the stretch behind and we were moving. I thought the group that was in there last was in pretty good shape.”

Kansas State controlled the pace of play throughout the fast half, routinely running the shot clock down to ten seconds or less before getting into their offense. The Mountaineers led 7-6 after the first quarter.

K-State went on a 10-0 run early in the second quarter, helped along by a pair of 3-pointers from Christianna Carr. The Wildcats led by as many as ten points late in the half. West Virginia trimmed the deficit to four points at the break, trailing 26-20. Kari Niblack scored 15 of WVU’s 20 points in the first half. The Mountaineers connected on just 6-of-24 shots from the field in the opening half while the Wildcats made 11-of-22.

“We really weren’t anticipating them holding it for one shot at the end of the shot clock. We knew we had to speed them up. I just hoped we could keep it halfway close in the first half,” said Carey.

“You weren’t getting a lot of possessions and I felt like we were taking a lot of hurried shots. We were worried about on the other end that they would stall.”

The teams traded lengthy scoring runs in the third quarter. K-State went on an 8-0 run to take a 32-23 lead before the Mountaineers answered with a 10-0 burst. The Wildcats however scored the final seven points in the third to take a 47-39 lead into the final frame.

K-State outscored WVU 9-5 in the opening five minutes of the fourth quarter, building their largest lead of the game at 12 points. West Virginia needed to make just five field goals in the game-ending 21-0 run. Esmery Martinez started the comeback with a 3-pointer and her layup off a steal evened the score at 56-56 with 1:49 left. Kysre Gondrezick scored the final nine points for WVU, seven of those coming from the foul line.

After sitting back and watching K-State melt the shot clock in the first half, WVU turned up the pressure defensively in the second half. The Mountaineers forced a dozen KSU turnovers in the fourth quarter and forced 29 in the game.

“I thought our press was really, really good. But that’s what we had to do. If we didn’t do that, we were going to get beat by double figures. We couldn’t let them come down and just start holding the ball. Because we weren’t scoring on the other end. So once we got into our press, we were getting layups at that time.”

Niblack led the Mountaineers with a career-high 23-point effort. Gondrezick added 22 and Martinez chipped in with 11.

WVU starting guard K.K. Deans did not play due to a non-COVID related illness.

K-State dressed just nine players as they took the court for the first time in a month. They had their last five games postponed due to COVID issues. Ayoka Lee led the Wildcats (5-5, 0-3 Big 12) with 16 points and a dozen rebounds.

The Mountaineers (11-2, 5-2 Big 12) are scheduled to return to action next Wednesday at Texas Tech.