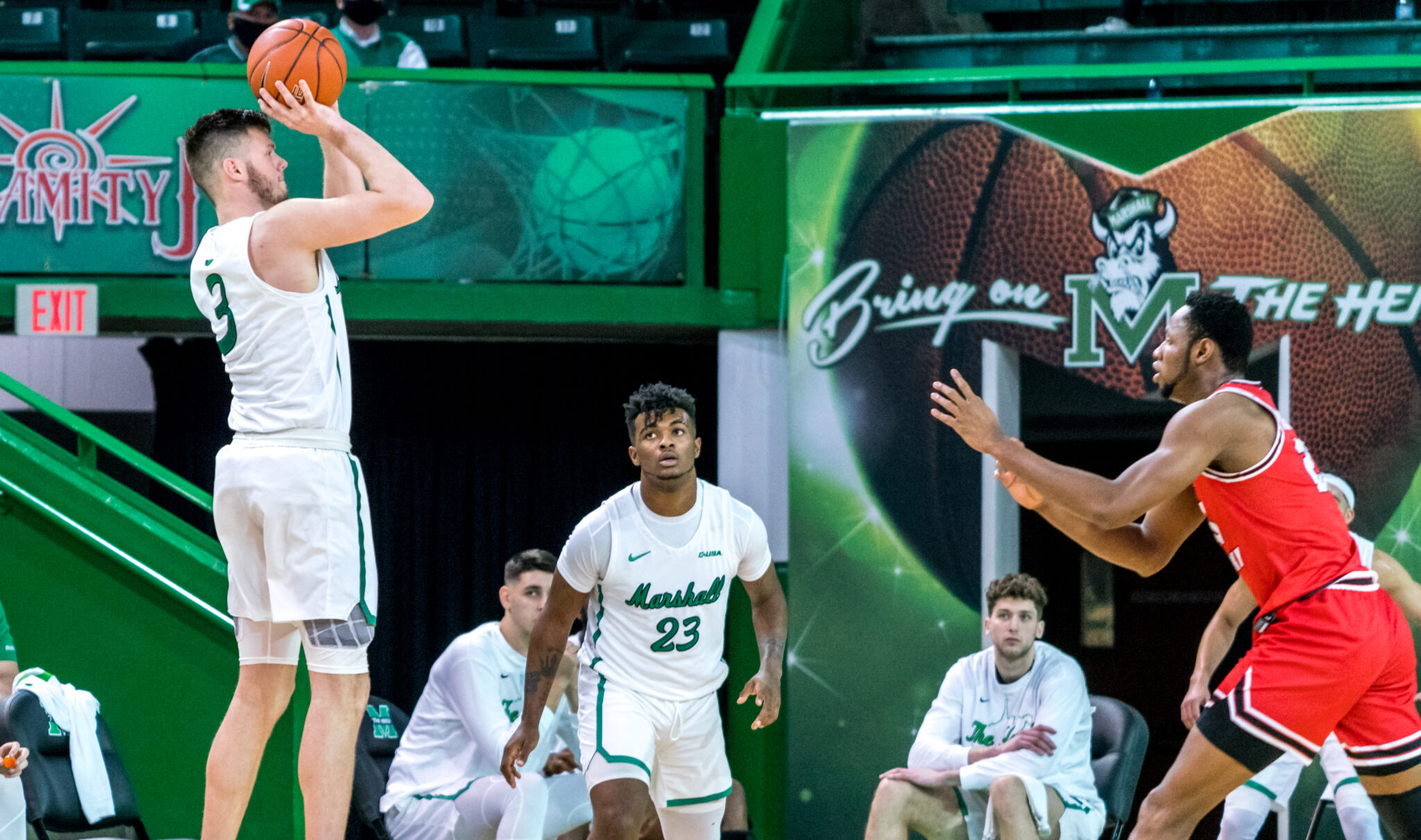 HUNTINGTON – Marshall looks to get the bad taste of defeat out of its mouth this weekend as the Herd Men’s Basketball team heads for Miami, Florida for two Conference USA games in less than 24 hours against Florida International University.

The Herd and Panthers meet Friday night at 7 and Saturday afternoon at 2 at the Ocean Bank Convocation Center. Friday’s game can be seen on ESPN+, while Saturday’s game will be televised by Stadium.

Marshall (7-4, 1-3) is coming off a frustrating weekend in which it dropped two games to rival Western Kentucky. The Hilltoppers beat the Herd 81-73 on January 15th in Bowling Green, Kentucky. The teams met two days later in Huntington and WKU overcame an 8-point halftime deficit to beat Marshall 69-67. The Hilltoppers have now won 5 straight over the Herd.

Marshall’s key this weekend will be finding its lost shooting touch. Following a two week break caused by Covid-19 issues, the Herd struggled to shoot well in the Western Kentucky contests. Marshall’s shooting percentage dropped from 42.7% in the first WKU game to 37.1% in the contest played in Huntington. Marshall was especially cold from 3-point range at home last Sunday, shooting 8 for 33 (35.1%). Some of Marshall’s usually-reliable shooters struggled from beyond the arc, including Jarrod West (1-6), Mikel Beyers (1-6) and Jannson Williams (1-9).

The Panthers had their own struggles in the games against FAU, shooting just 15.8% from beyond the 3-point arc in the second contest.

FIU is coached by Jeremy Ballard, who has a 47-33 record in three seasons on Miami’s west side.

Davis is the Panthers’ top rebounder at 6.1 per game. Senior forward Dimon Carrigan follows closely at 5.9 rebounds each contest.

FIU’s assist to turnover ratio is an unimpressive 1.1. The Panthers are impressive in the steals category, averaging over nine per game.

After this weekend’s trip to the Sunshine State, Marshall returns home next week to host Florida’s other Conference USA team, the FAU Owls (Friday at 6 and Saturday at 4 at the Cam Henderson Center).