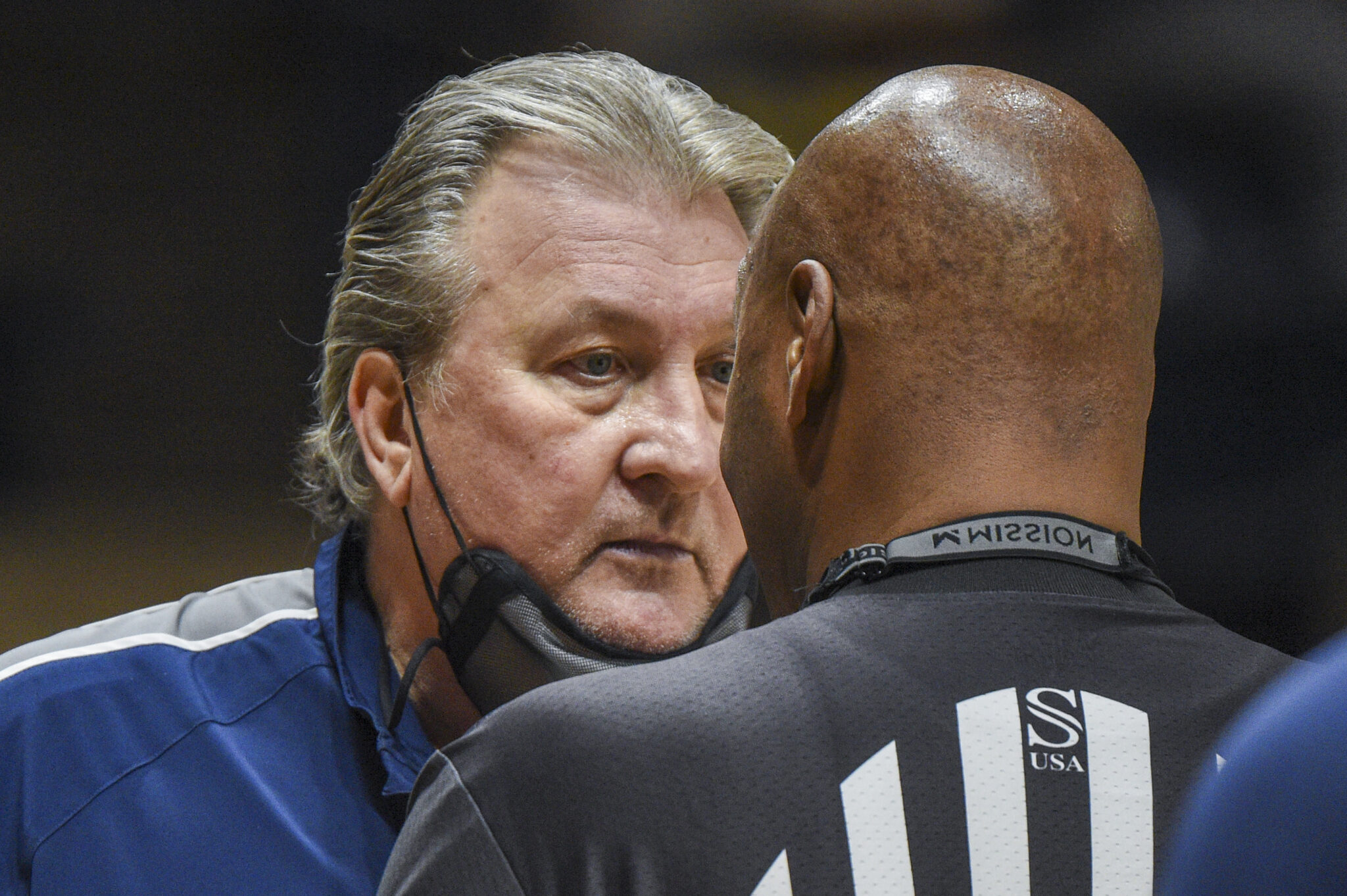 MORGANTOWN, W.Va. — The phrase, ‘In these uncertain times’ has become well-worn over the last ten months during the pandemic. College basketball coaches are navigating through schedule disruptions caused by their own COVID cases or those of an opponent.

The WVU men’s basketball team played 13 games with a few schedule changes but no postponements. That string of good fortune ended ten days ago when it was announced that Mountaineers were not making a trip to face Baylor. Shortly after, two more games against TCU and Oklahoma State were postponed. Teams throughout the Big 12 have paused activities at various points since December.

Although the No. 14 Mountaineers (9-4, 2-3 Big 12) did not officially pause all team activities over the last week and a half, they did not meet the minimum Big 12 roster threshold of having six scholarship players available. More COVID tests await before the Mountaineers can be cleared to travel to Manhattan to face Kansas State Saturday afternoon.

“In 43 years of being in the business, this is unchartered waters. I don’t know what I can or can’t say because of HIPPA (Health Insurance Portability and Accountability Act),” WVU head coach Huggins said Thursday afternoon.

“It is what it is. We have to somehow fight our way through this.”

On January 5, the day after their 19-point second half comeback win at Oklahoma State, WVU was one of seven teams to have played a dozen Division I games. That group led the nation. The Mountaineers have played just one game since.

“The hard thing is that our guys have been so good. We haven’t had any of this. And when everybody else was going through it, we weren’t. Now all of a sudden, it just jumped up and kind of bit us. I think people think that everybody got it. Everybody didn’t get it. It is the other things that come along with it.”

West Virginia has already reached the minimum requirement of games (13) to be eligible for the NCAA tournament. Quickly-scheduled games against Gonzaga, North Texas and Northeastern allowed the Mountaineers to max out on their non-conference slate (8 games with Florida set for January 30).

“(Athletic director) Shane (Lyons) has been great from the standpoint of working with (director of basketball operations) Josh (Eilert) to be able to get those non-conference games in. He understood how important they were before people on the outside understood. From that standpoint, we are in good shape.”

Players that have not tested positive for COVID or been deemed a close contact have been able to continue basketball activities during the last ten days.

Huggins has won 890 games as a college basketball head coach and 300 at his alma mater. There likely isn’t a game situation he hasn’t seen or prepared for. COVID is a new opponent that cannot be game planned against.

Kansas State (5-10, 1-6 Big 12) has lost their last six Big 12 games, five of those were double-digit defeats. Senior guard Mike McGuirl leads the Wildcats in scoring at 11.7 points per game. Three freshmen and a sophomore comprise the rest of the K-State starting lineup for head coach Bruce Weber.

“I think they’ve got the best young group in our league. Their freshmen are talented. They’ve got a couple veteran guys and I think they get better and better with each game they play as their youth continues to get experience. They did a great job recruiting.

“If they can all stay together, he is going to have a heck of a team in a few years.”

Junior forward Derek Culver is averaging a double-double with 13.8 points and 10.8 rebounds a game for the Mountaineers. Huggins is hopeful that the time off has been beneficial after Culver has been ‘beat up’ during the start of league play.