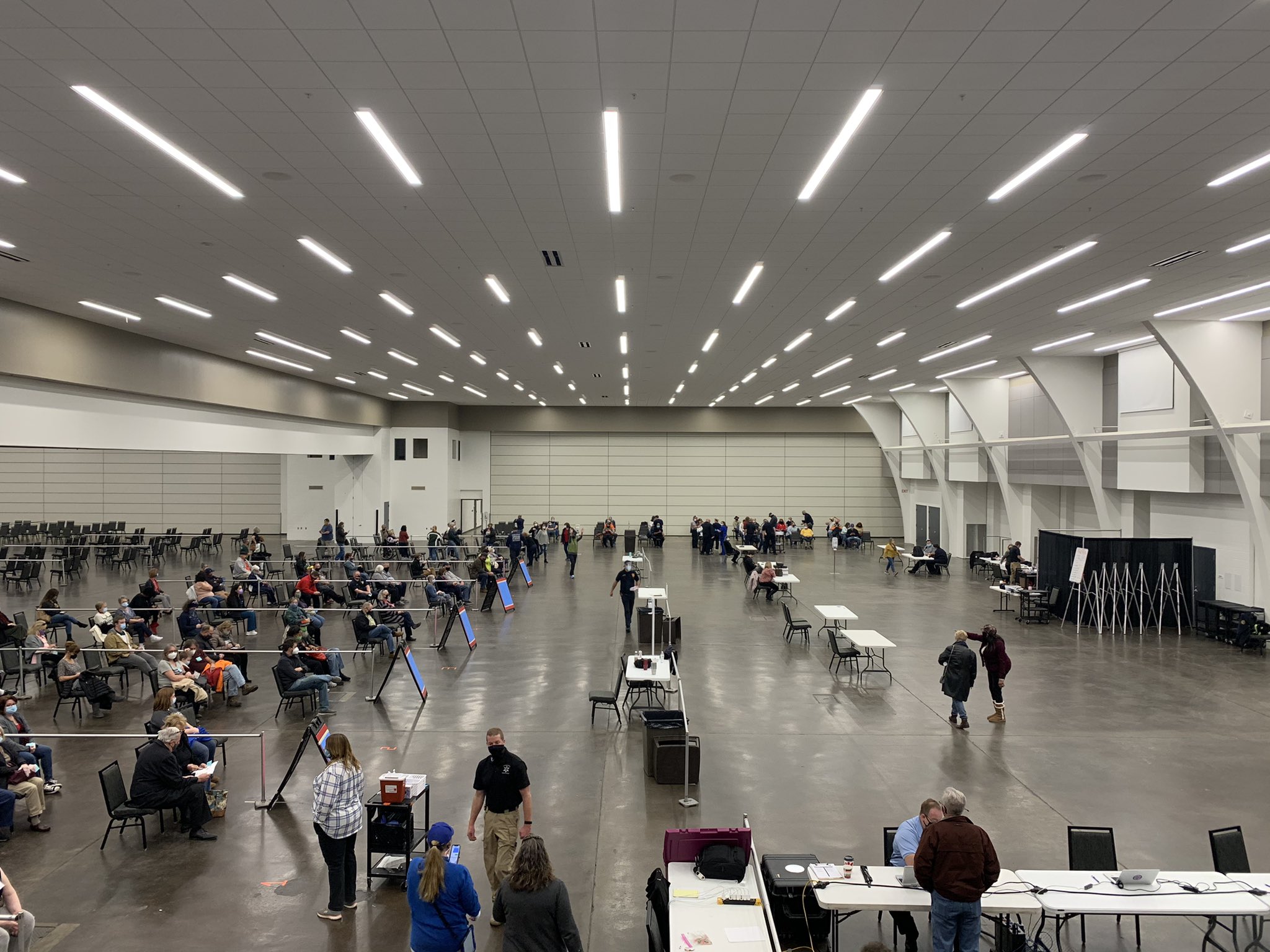 Kanawha County will be among those hosting clinics this week. (Photo/KCHD)

CHARLESTON, W.Va. — The Justice administration hopes to have systems in place to administer COVID-19 vaccinations in all 55 counties by Feb. 1.

Retired state Adjutant General Jim Hoyer, who heads up Gov. Jim Justice’s Inter-Agency Task Force, said the systems would be unique depending on the needs of the individual county.

“One county may have a central site, another county may move their site around to three or four places. So we’re continuing to improve that process,” Hoyer said during an appearance Friday on MetroNews “Talkline.”

The state has currently been distributing doses of the vaccines in 17 counties through its hub system. The task force has been working to create more networks, Hoyer said.

“By Feb. 1, we plan to have 55 systems in place over 55 counties, everyone coming together to build out what works best in those counties.”

Hoyer hopes by then the state is receiving more than the current 23,600 doses that it’s currently getting from the federal government per week.

“While setting goals is important, it is just as important that the goals be ambitious,” McKinley said. “The United States is already administering close to a million doses per day on average – including well over a million in the last two days. President Biden’s goal of 100 million doses in 100 days may sound nice, but it needs to be far bolder.”

McKinley said the Biden administration and Congress “should be pushing the envelope to go faster.”

Hoyer said more doses need to be produced and shipped to states. He said he’s spent a lot of time with Gov. Jim Justice during the past four years and has never seen him as frustrated as he’s been this week about the lack of doses coming into the state.

The state will rollout its new vaccine registration system Monday. Hoyer said it will focus on communication which is a top priority moving forward. He said the program will keep in touch with residents about available vaccines once they register.

News
Video, updates: Governor's briefing on covid response at noon
Additional information can be found at CDC’s Situation Summary or at DHHR’s COVID-19 information hotline, 1-800-887-4304.
By MetroNews Staff
News
Monday COVID numbers released by DHHR
No new deaths reported.
By MetroNews Staff
News
Highly-anticipated float and placement of Wellsburg Bridge set for Friday, Saturday
Flatiron was awarded the project in 2016.
By MetroNews Staff
News
Popular W.Va. Hunting and Fishing Show to return in 2022
Officials were elated to make the announcement Monday after the 2021 show was scratched like so many things due to Covid 19.
By Chris Lawrence
View AllHoppy's Commentary

Mark Bowden: How Special Ops Became a Solution to Everything
The Transgender Athlete Learning Curve in West Virginia
Note to Governor: Be Careful What You Wish For