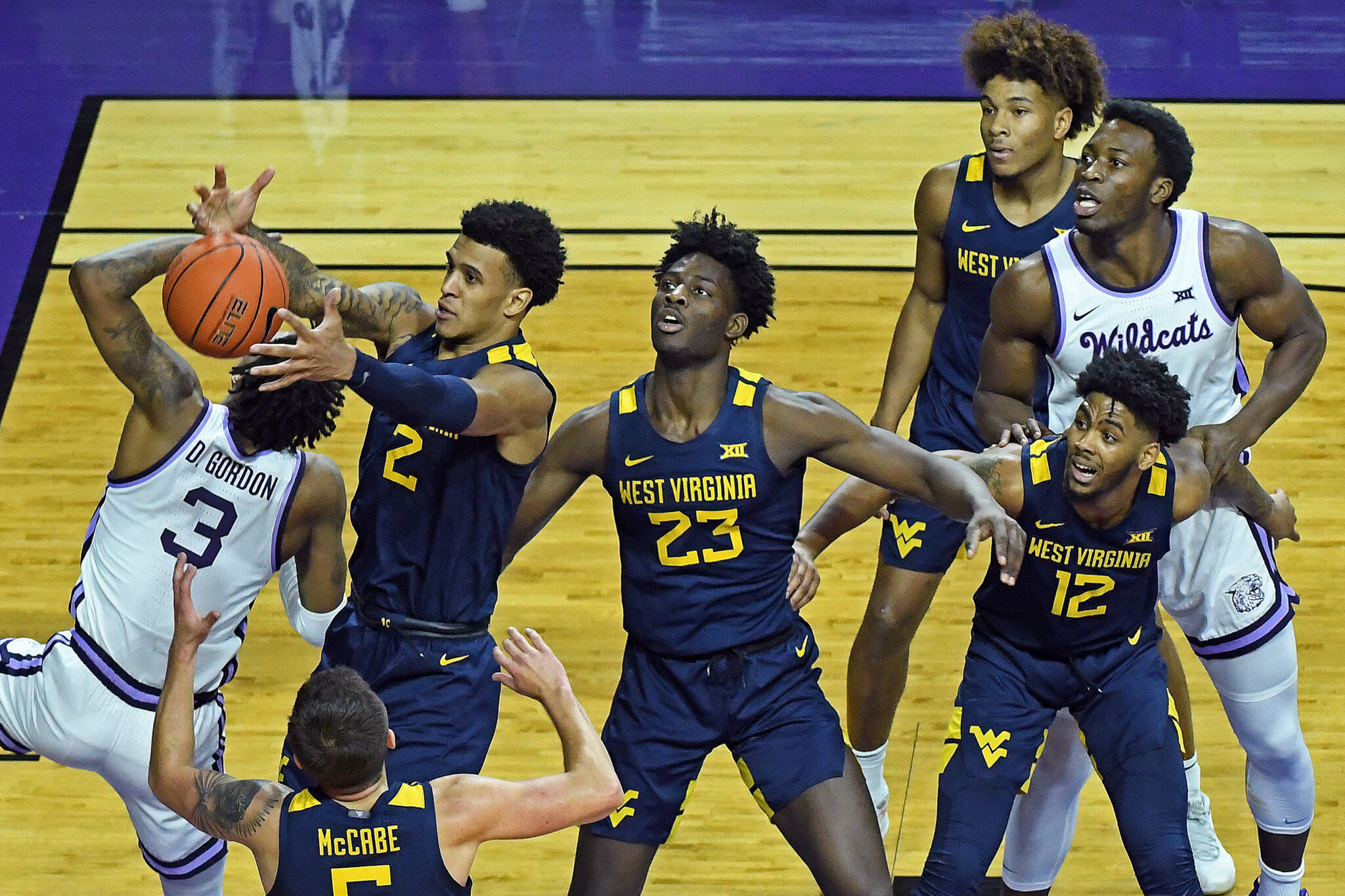 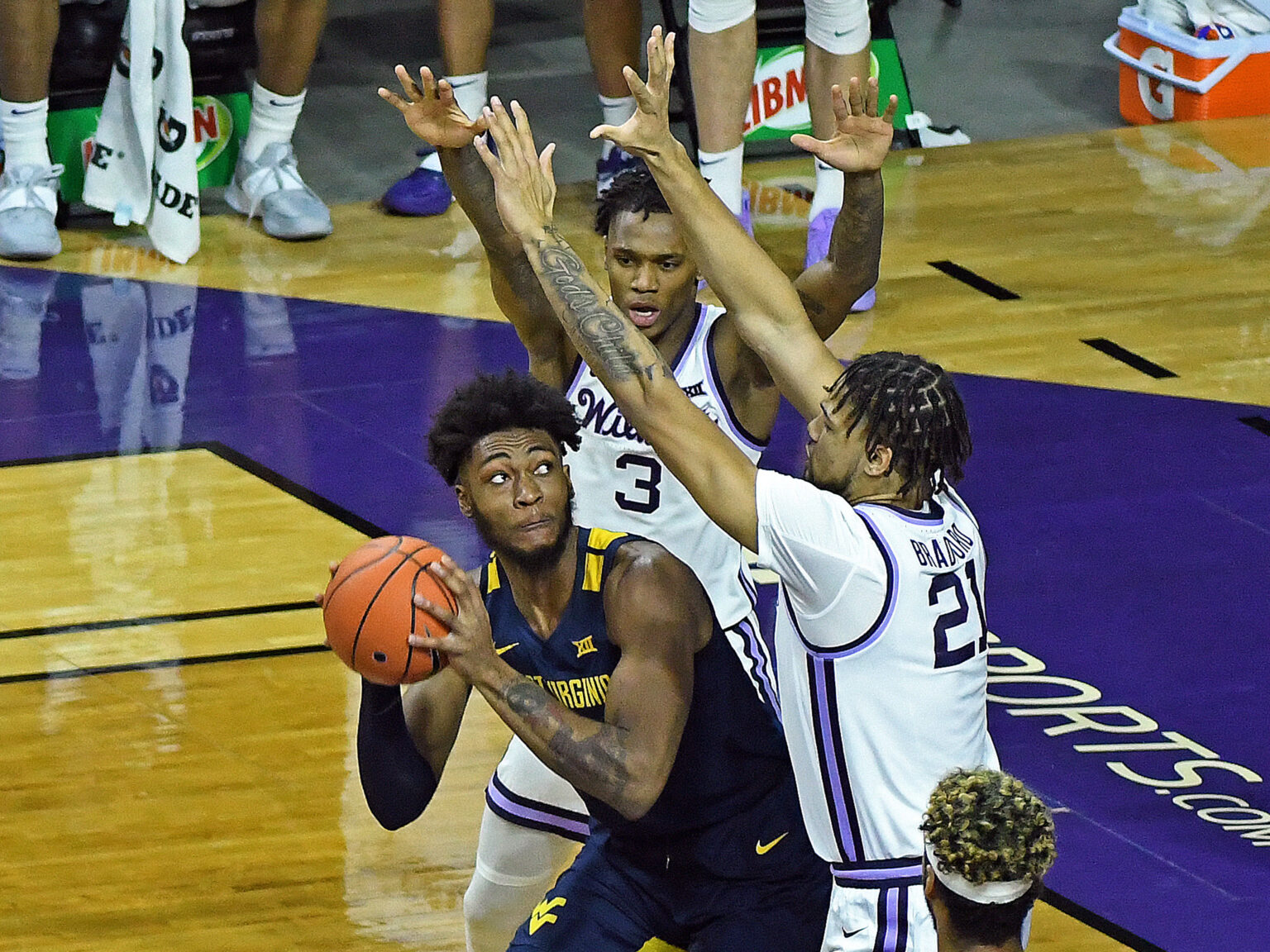 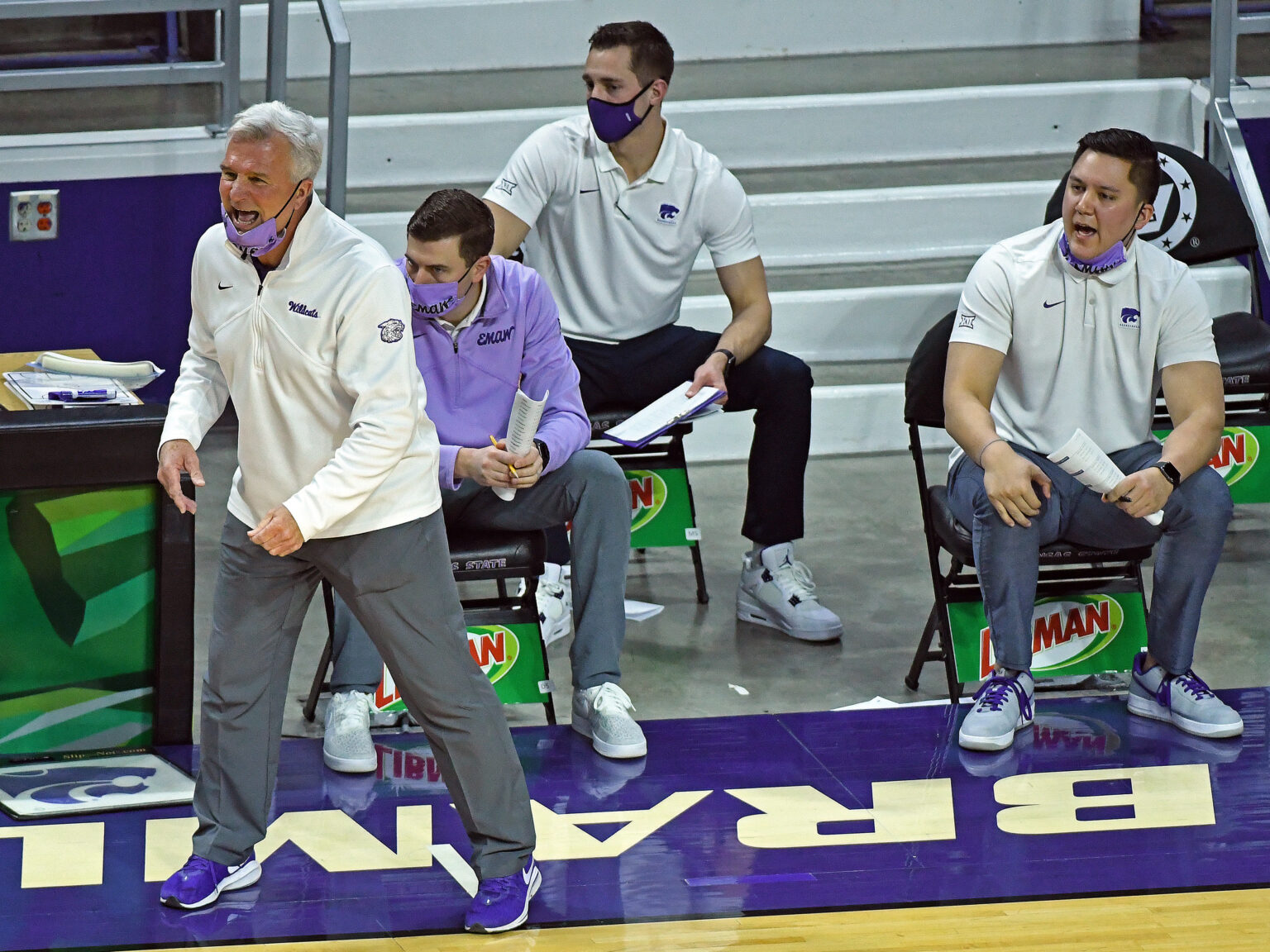 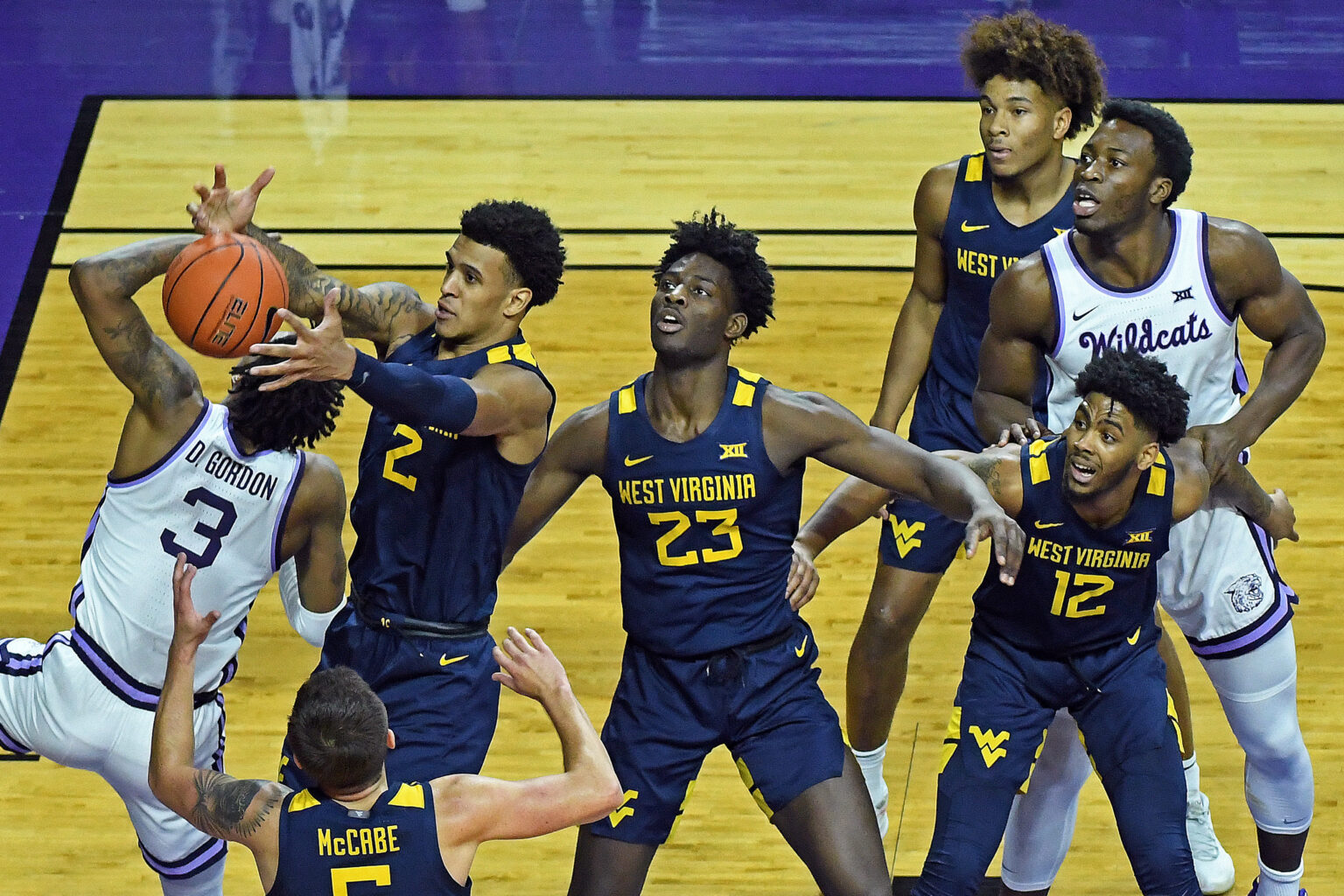 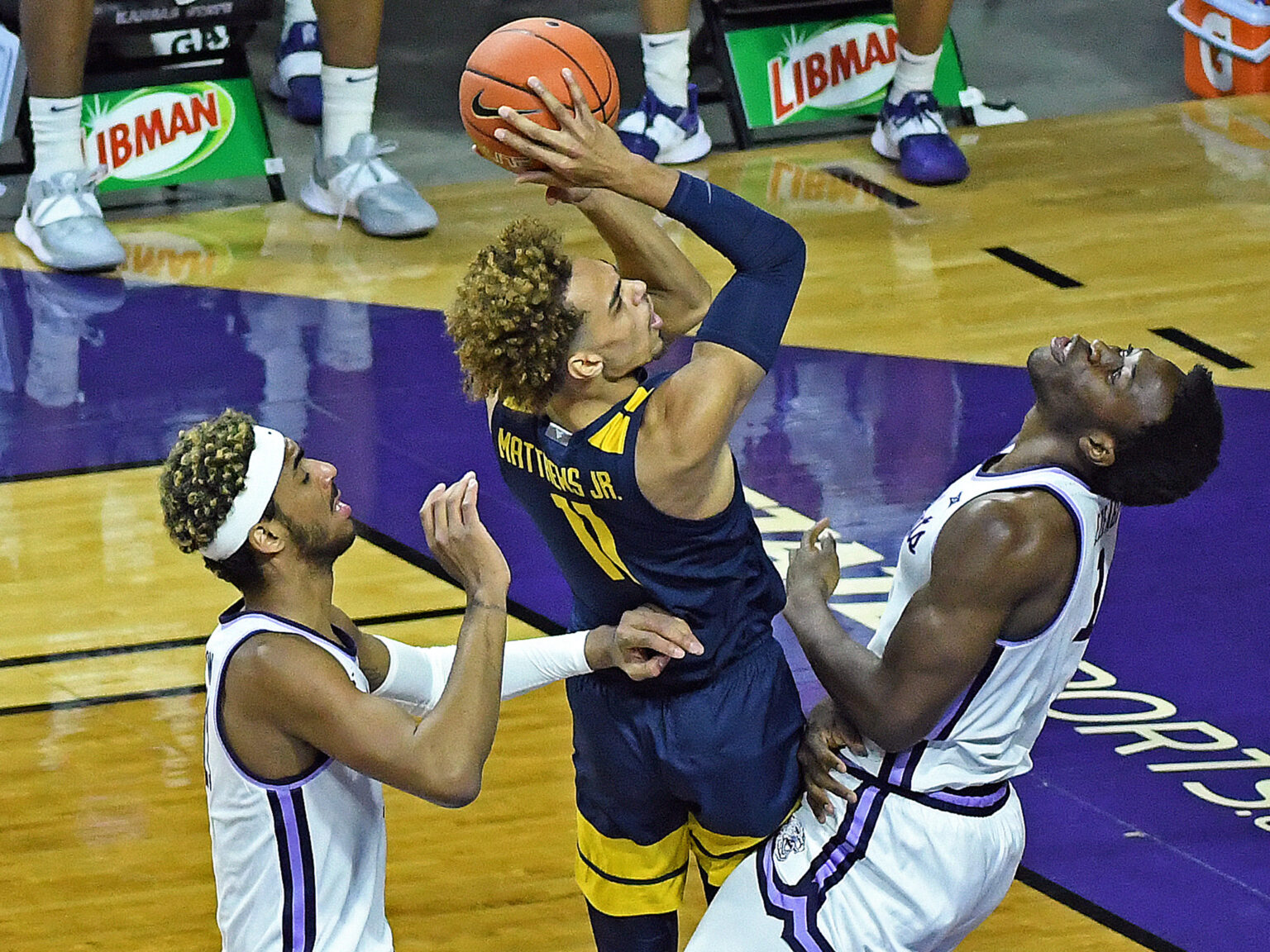 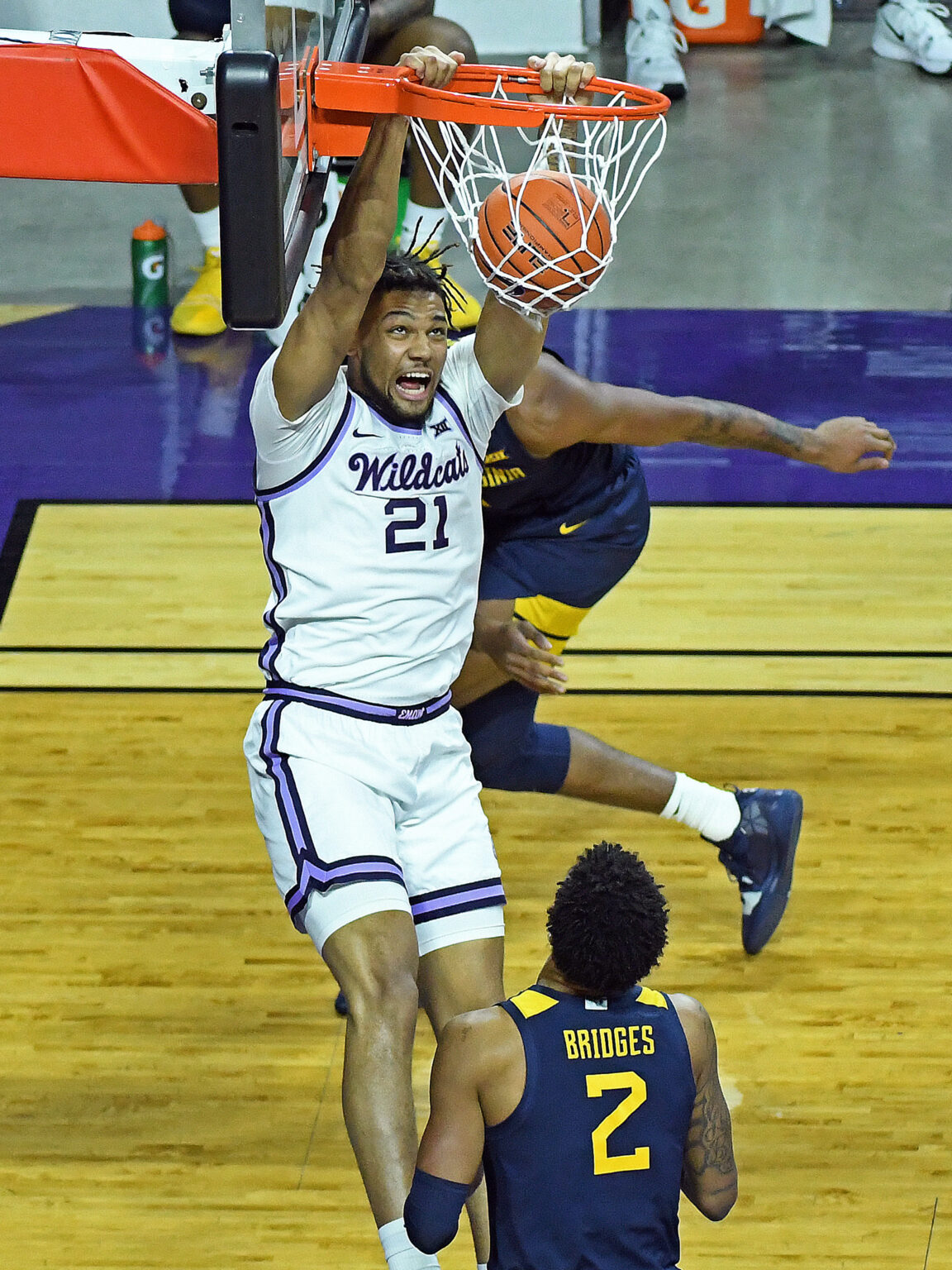 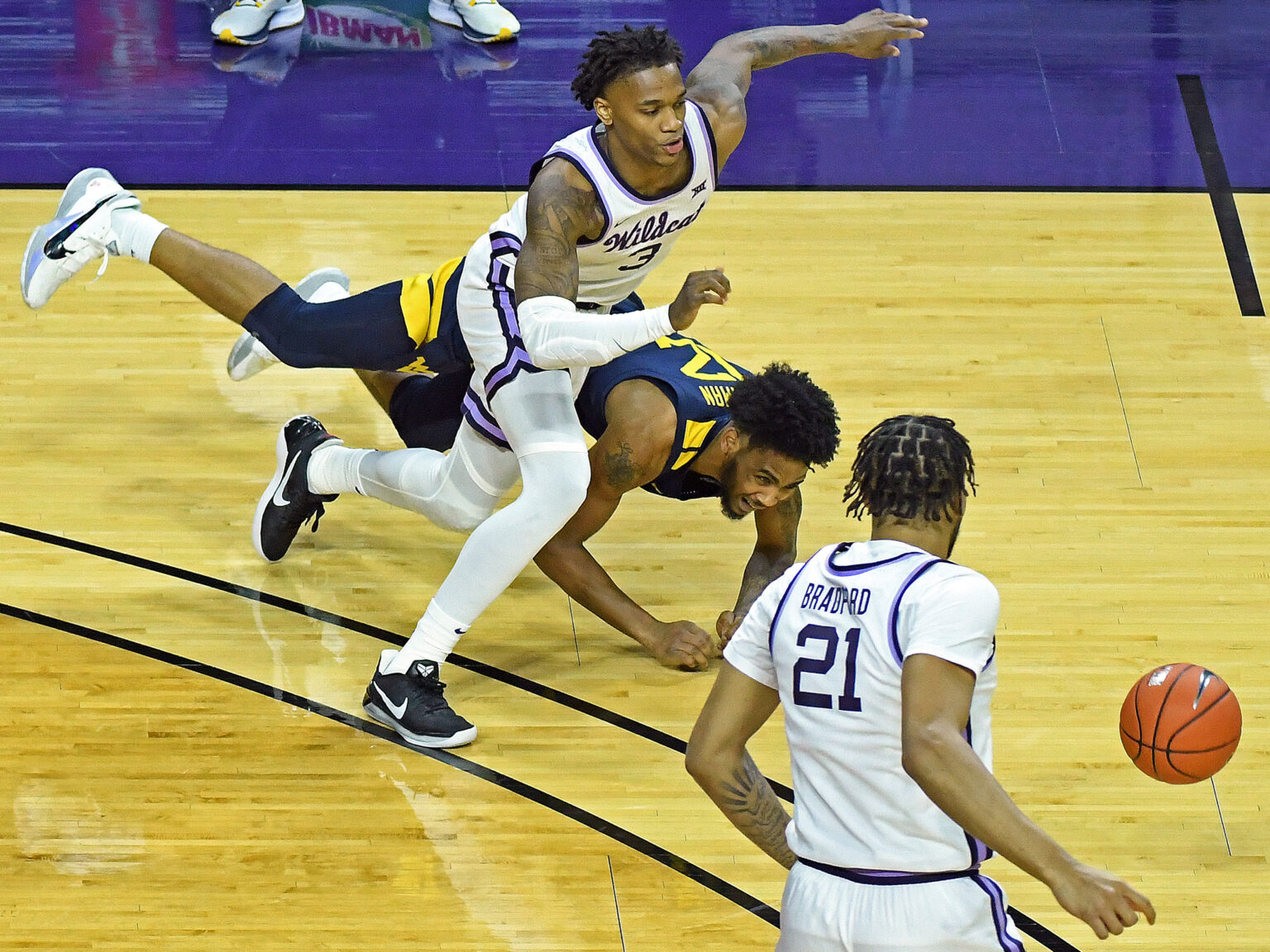 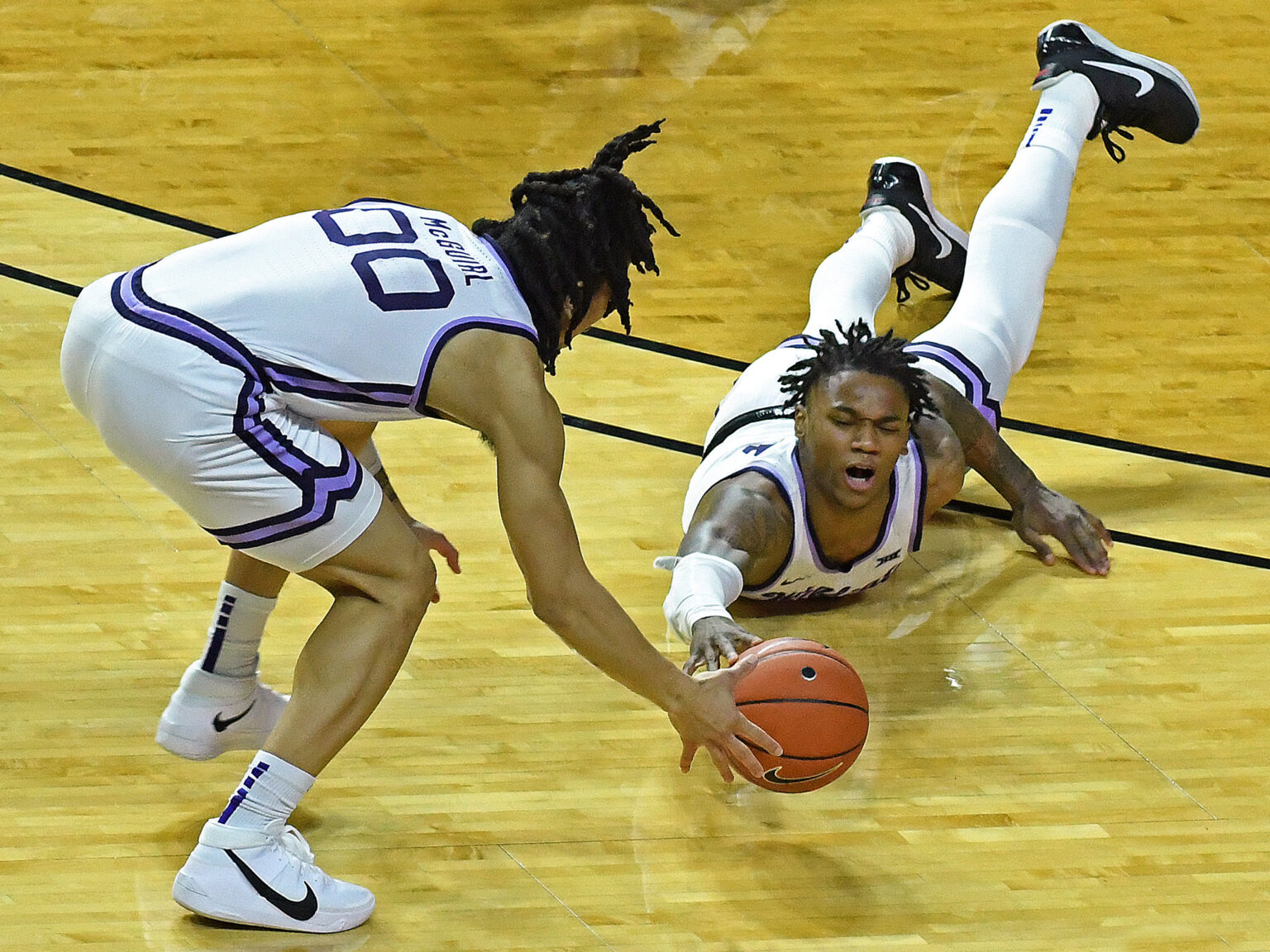 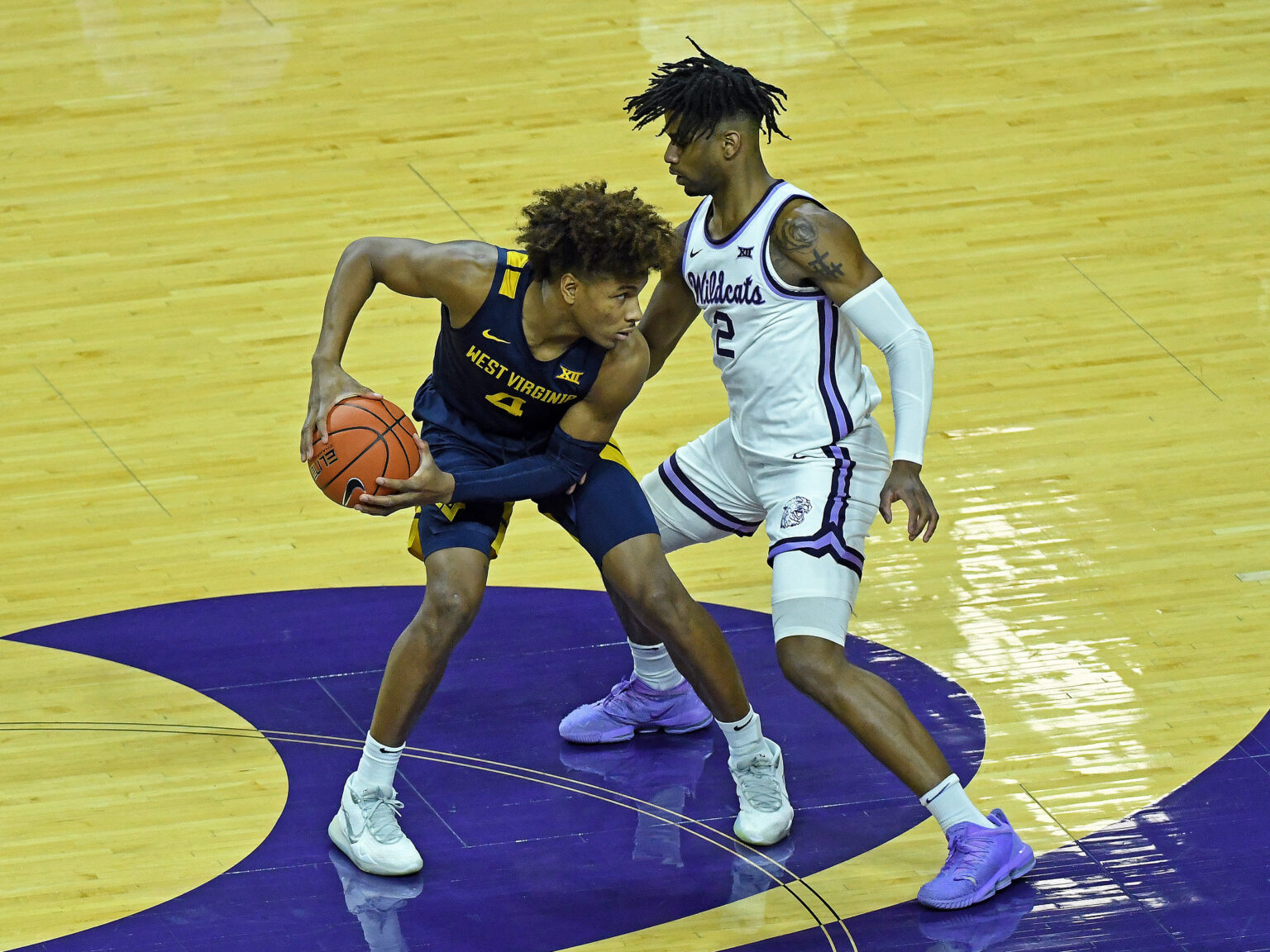 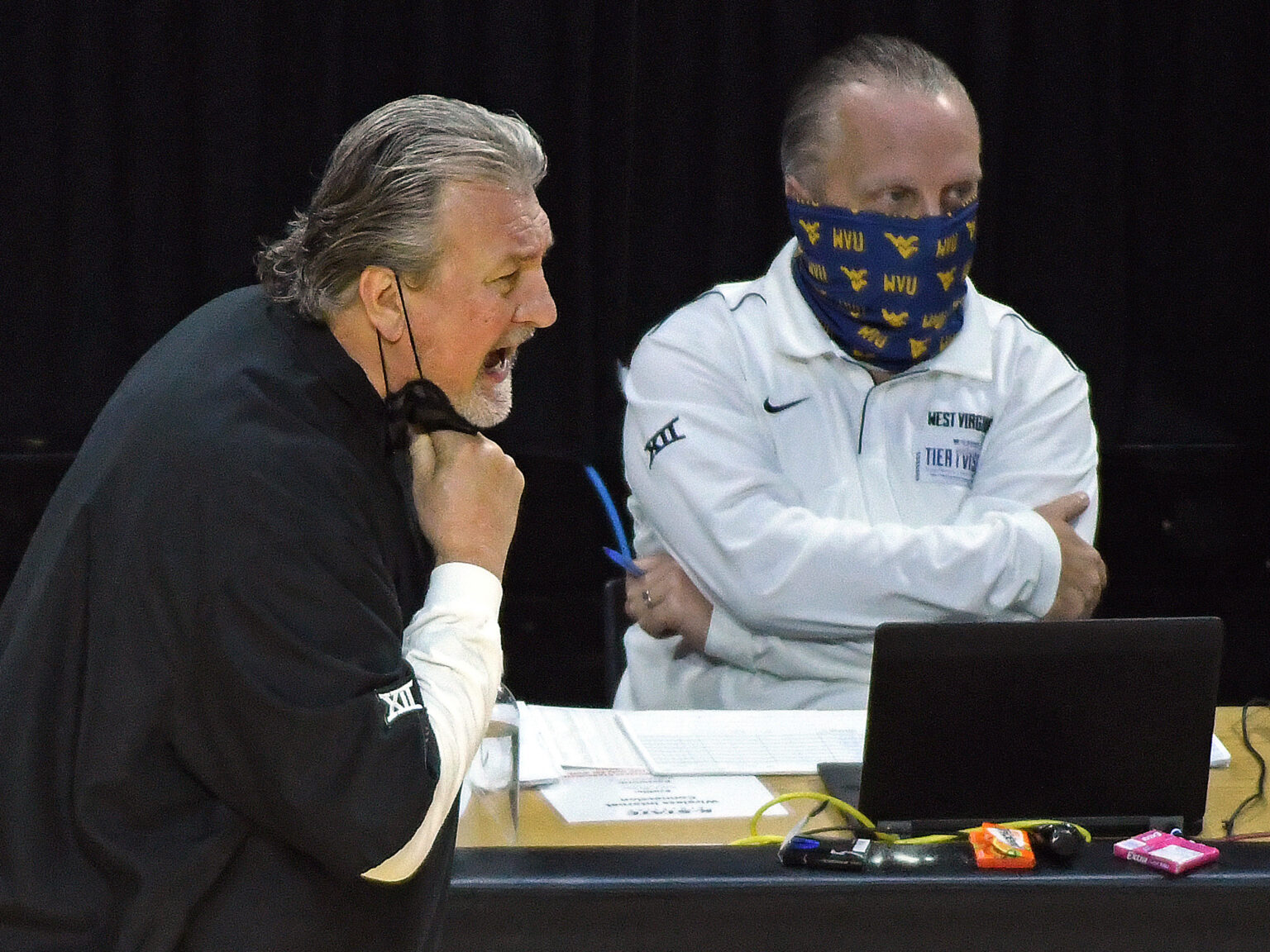 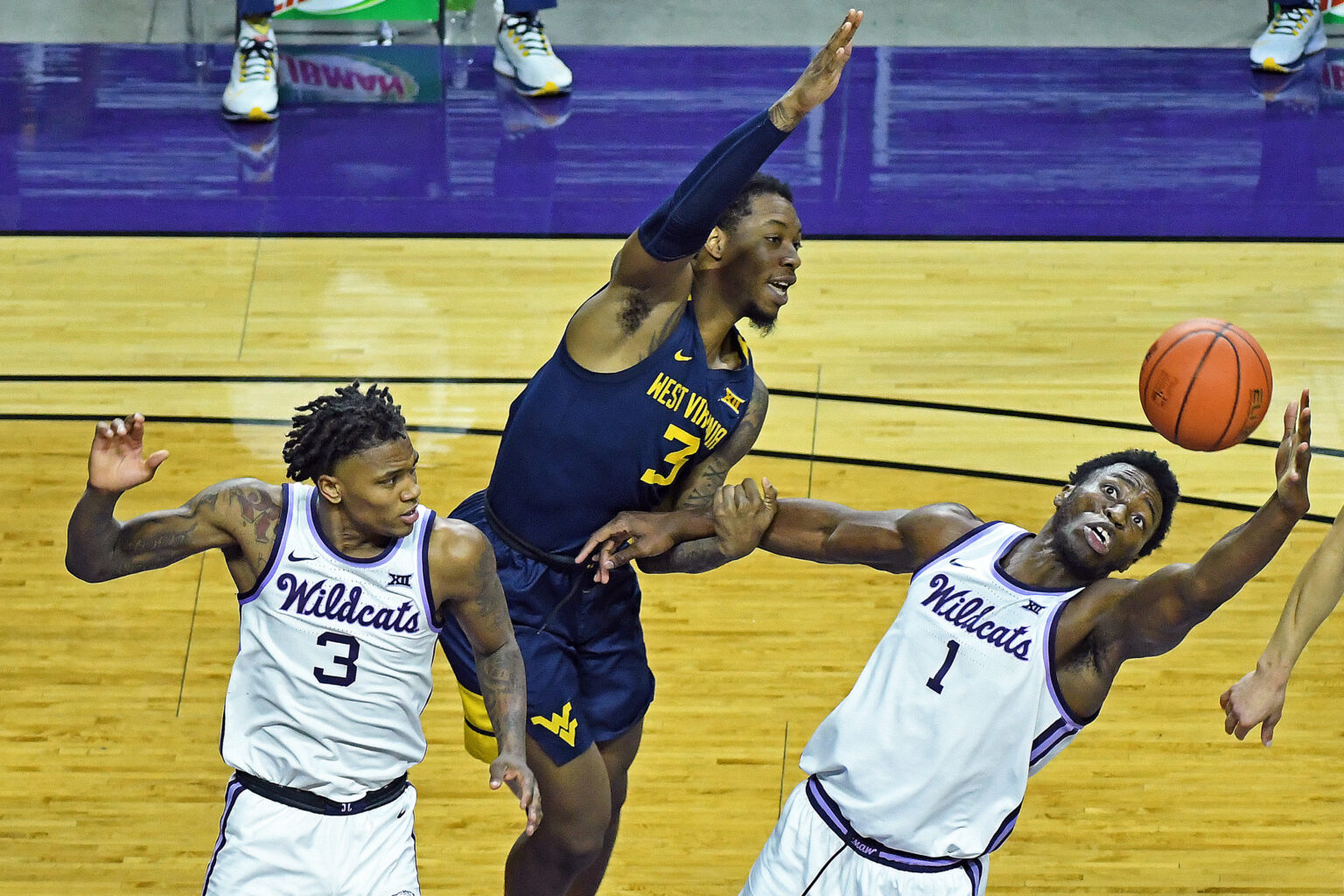 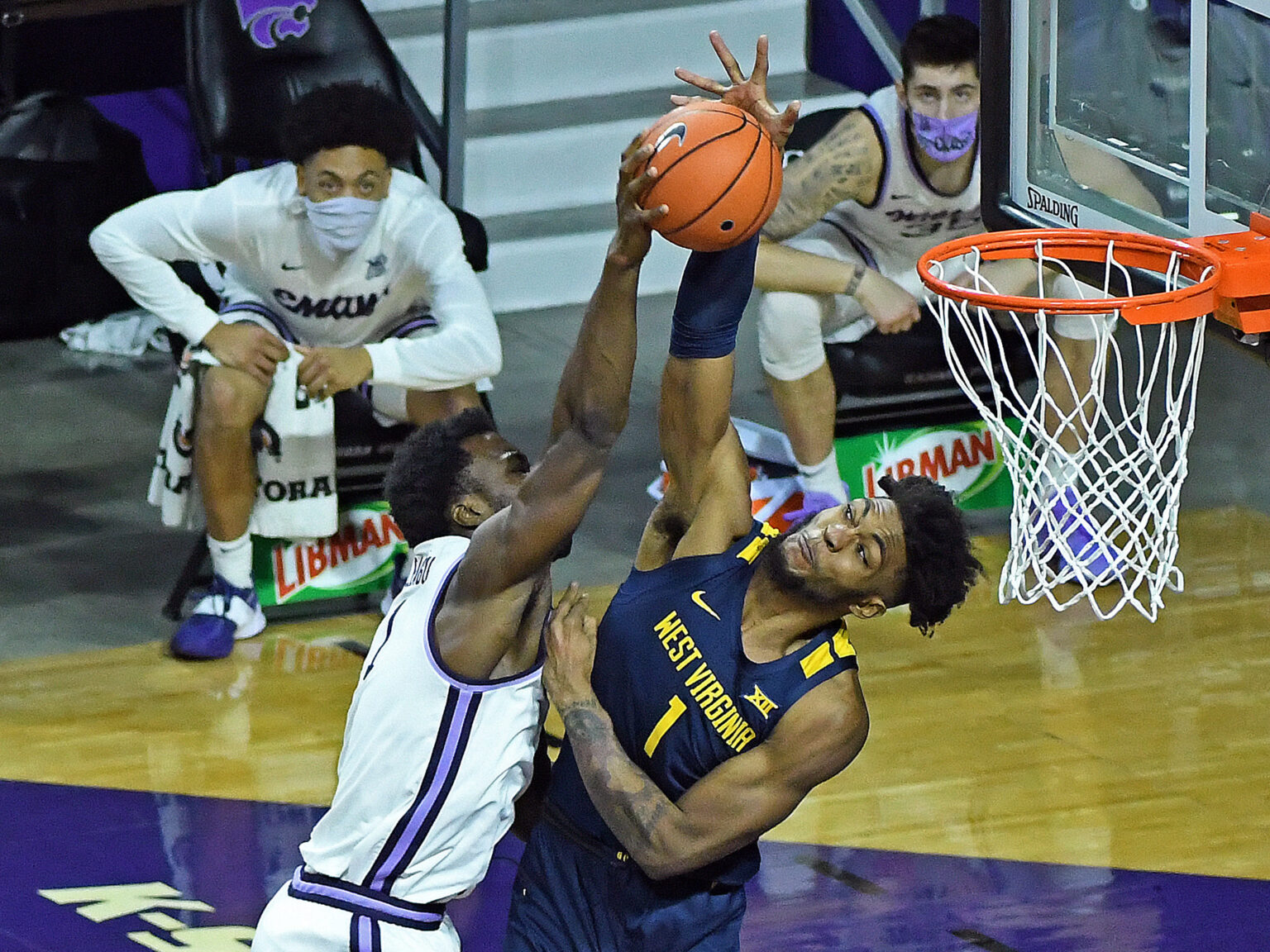 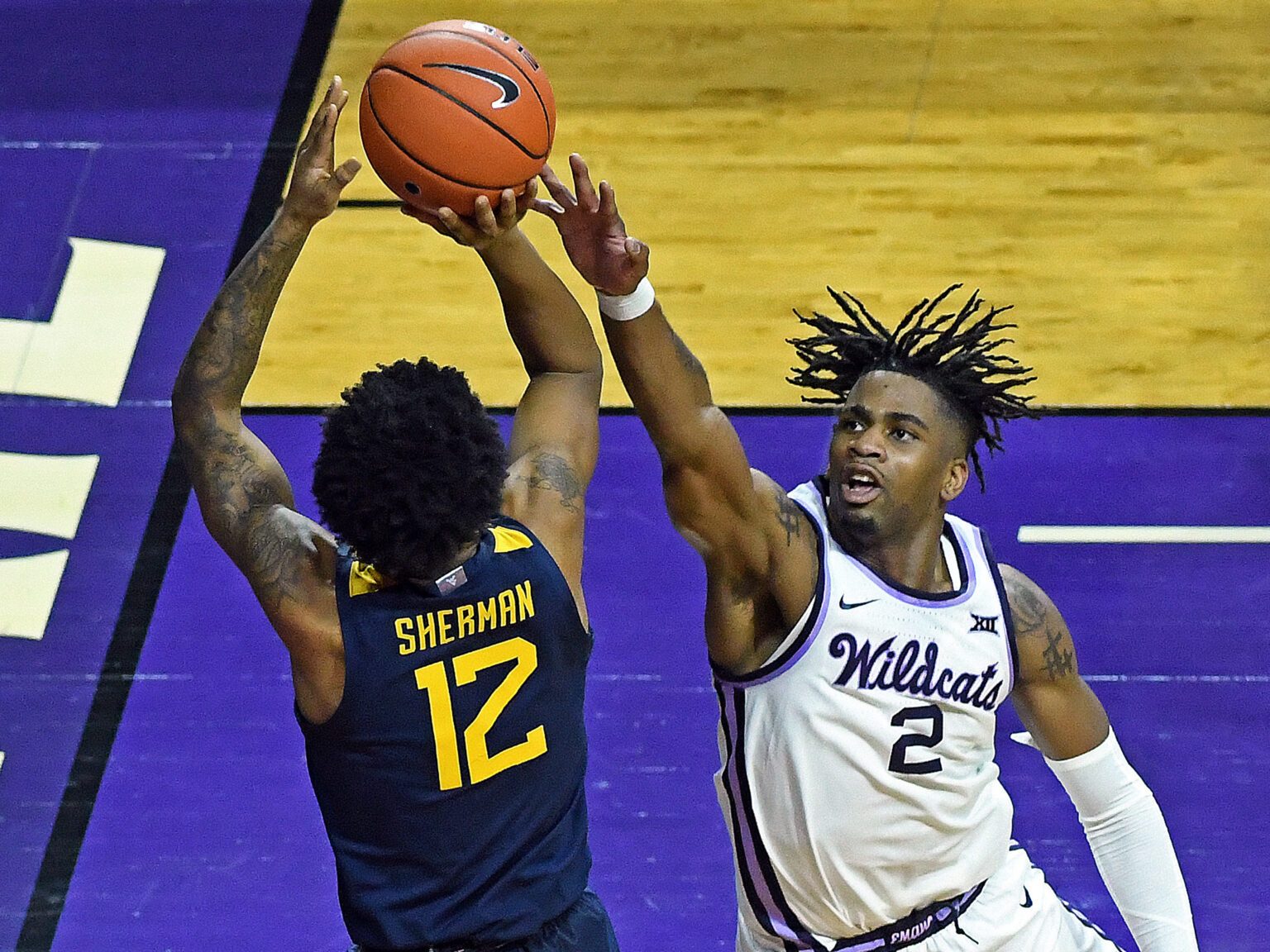 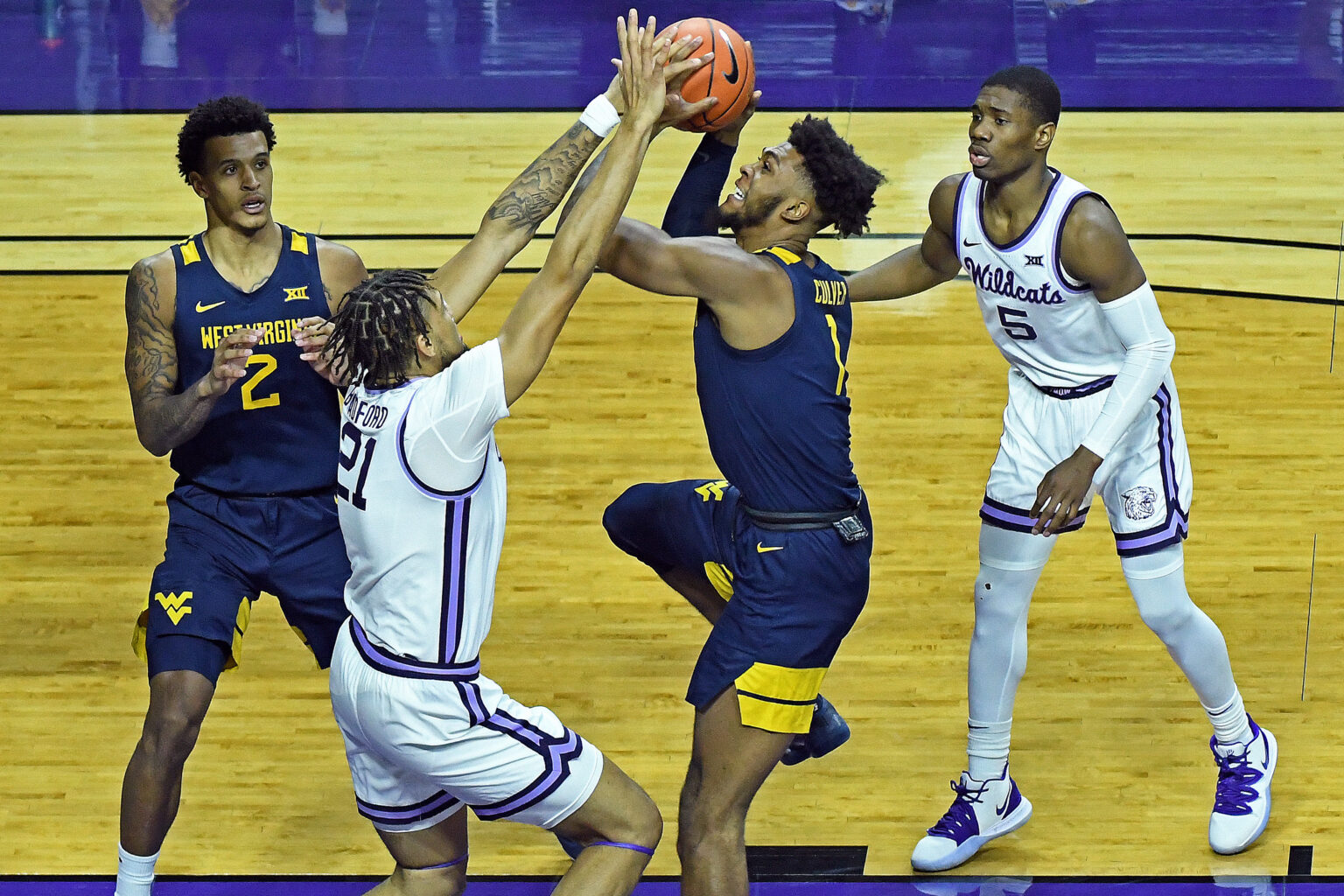 MORGANTOWN, W.Va. — Kansas State turned the ball over 28 times as the Mountaineers matched their most lopsided win margin of the year, defeating the Wildcats 69-47 win at Bramlage Coliseum. West Virginia held a double-digit lead for 34 of the final 35 minutes of the contest.

The WVU program never officially paused all team activities, but only four players were able to practice at the team facility while three games were postponed. The entire roster was brought together Friday for practice for the first time in almost two weeks.

“I thought it was the biggest win of the year because we were coming off a loss in a game we could have, should have won. And then we get hit with the COVID-19. We really hadn’t had a time where — we were down to basically four guys, not all because of COVID but because of contact tracing.”

West Virginia led wire-to-wire after opening the game on a 10-2 run before the first media timeout. Bridges canned a 3-pointer and added a slam dunk on consecutive possessions during that run.

The Mountaineers would quickly extend their lead to 21-4 midway through the first half, thanks in large part to their defensive effort and K-State’s inability to take care of the basketball. The Wildcats had 14 turnovers on their first 21 possessions of the game. K-State gave it away 18 times in the first half, leading to 14 points for the Mountaineers.

“From a defensive standpoint, I was pleased. Our defense is really what got us that lead,” Huggins said.

McBride led WVU with a dozen points in the opening twenty minutes. Ten Mountaineers played at least four minutes in the first half.

“Obviously I thought we were a little rusty on offense,” McBride said. “But on defense, I thought we stepped up big. We knew we were going to struggle to make shots at times and a lot of guys had to get back into it. But defensively, we probably played some of the best defense all year.”

The Wildcats trimmed their deficit to ten points before the first media timeout of the second half. Selton Miguel scored seven points in the first four minutes, as the Wildcats cut the margin to 36-26.

KSU (5-11, 1-7 Big 12) crept within 8 points but the Mountaineers doubled the lead back to 16 points with an 8-0 run. A Bridges dunk was followed by back-to-back triples from Taz Sherman, extending WVU’s cushion to 44-28. West Virginia led by double digits for the remainder of the contest.

McBride paced with Mountaineers with an 18-point effort. He also dished out 5 assists. Bridges notched his second double-figure game, scoring 12 points while going 5-for-6 from the floor.

“I feel like I am starting to come along a little bit,” Bridges said. “I am just playing with confidence. My teammates trust me and I trust my teammates. We’re together out there.”

Sherman added 10 points. Culver fouled out with 3:54 left. He scored 8 points and pulled down 4 rebounds. Freshman forward Seny Ndiaye earned a career-high 9 minutes in his most significant action as a Mountaineer.

“Seny was one of the guys that we could work with (during the last two weeks). I wanted to see what he could do,” Huggins said.

“Seny is a guy that, the only thing he cares about is winning,” Bridges said. “He doesn’t care about if he scores. He doesn’t care about how many rebounds he gets or how many blocks he gets. He just wants to win. And with that, he plays with unlimited energy. He is a raw athlete and he looked really, really good today.”

“We knew they were a young team. And when you can force a young team into hard situations and have them make a lot of mistakes and turnovers, there was a lot of momentum going our way. It turns into easy offense if we don’t have to use our half court offense,” McBride said.