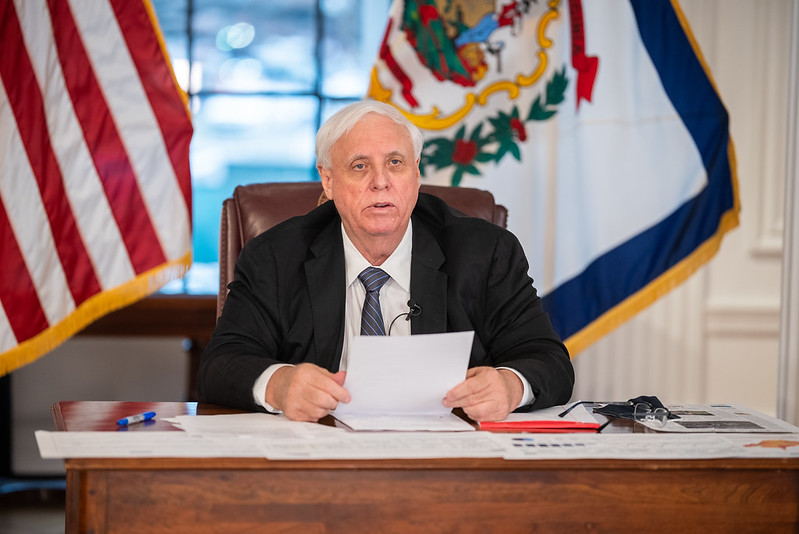 Gov. Jim Justice picked a new delegate to fill the seat vacated by Derrick Evans, the lawmaker who went into the U.S. Capitol with a mob, but it’s not someone proposed by the district’s political committee.

Instead, Justice selected Joshua Booth from Kenova to fill the spot. Booth was among a second slate of delegates proposed by the acting chairman of the West Virginia Republican Executive Committee.

There’s already a lawsuit filed over the matter with the state Supreme Court.

Booth is vice president of Highway Safety Inc., a traffic safety control, signage, and striping construction firm in Huntington. He graduated from Ceredo-Kenova High School in 1998, serving as class president. He went on to graduate from Marshall University with a degree in business administration.

“I feel very, very confident that Joshua Booth will do a wonderful job for the people of West Virginia,” Justice said during a briefing today.

Evans then traveled to Washington, D.C., on Jan. 6 to protest the final act of counting the presidential election for Democrat Joe Biden and surged into the Capitol with a mob while livestreaming what he witnessed. He faces multiple federal charges and resigned from the Legislature Jan. 9.

State code says any such vacancy is to be filled by the governor “from a list of three legally qualified persons submitted by the party executive committee.”

The Wayne County Republican Executive Committee on Jan. 14 submitted the names of Mark Ross, Chad Shaffer and Jay Marcum to the governor’s office.

That’s when events took a turn.

According to a lawsuit filed on behalf of the chairman of the Wayne County Republican Committee, the Governor’s Office reached out to intervene:

“Subsequent to the Governor’s receipt of three qualified candidates for the vacant seat, Chairman Maynard received a phone call from the counsel for the Governor, Brian Abraham, who advised that the Governor would not be choosing from the list of three qualified candidates submitted on January 14, 2021, because the Acting Chair of the West Virginia State Republican Executive Committee, Roman Stauffer, had not participated in the vote.

The second list included two from the first, Mark Ross and Chad Shaffer.

But it subbed in Joshua Booth for Jay Marcum.

Asked about that during the briefing today, Justice acknowledged the two slates.

“All I know from my general counsel and chief of staff is we’ve been in contact with the Attorney General’s staff, and we believe the second letter that was sent to us was the legitimate letter,” Justice said.

The governor added, “This will have to be settled by the lawyers and not by me.”

Stauffer, who compiled the second list, was campaign manager for Justice’s re-election effort last fall. He became the interim chairman for the West Virginia GOP earlier this month following the sudden resignation of Melody Potter on Jan. 11. Stauffer announced this past Friday that he wants to pursue the chairman’s role for the long-term.

“As a result of the pending litigation at the state Supreme Court regarding this process and matter, we do not have a comment at this time,” Stauffer stated when invited to comment.

The lawsuit on behalf of the Wayne County Republican Committee chairman was filed by attorney John Bryan, who briefly represented Derrick Evans a few weeks ago.

The petition for writ of mandamus was filed with the state Supreme Court even prior to the governor naming his selection to the House seat.

The lawsuit says the Wayne County GOP chairman, Jeff Maynard, “presided over the deliberations and the vote of committee members. West Virginia Code 3-10-5 does not authorize the statewide party executive committee to override or usurp the selection process.

“Nor does the statute authorize the governor the ability to override or usurp the selection process should he not be satisfied with the qualified candidates selected by the committee.”

The West Virginia Secretary of State’s Office declined to comment specifically on the dispute because it is the subject of litigation.

But Deak Kersey, general counsel for the Secretary of State, pointed to the section of state code that spells out what to do in instances of vacancies.

“Briefly put, the Governor has the authority to fill a legislative vacancy by appointment from the list provided by the appropriate executive committee,” Kersey responded.

“If the list is not provided by the within the statutory time frame, ‘the Governor shall appoint within five days thereafter a legally qualified person of the same political party with which the person holding the office immediately preceding the vacancy was affiliated at the time the vacancy occurred.'”