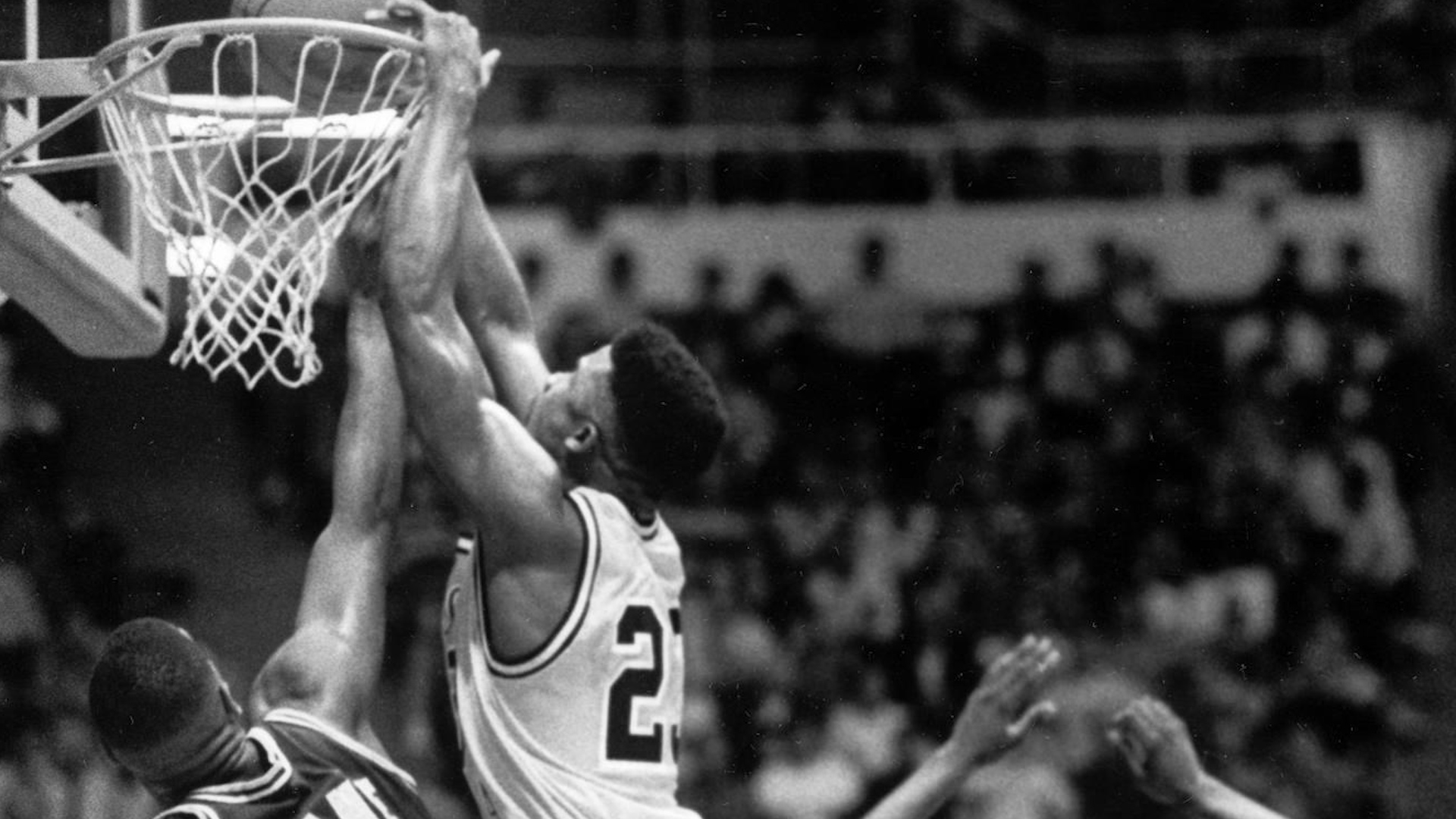 Brooks scored 1,661 points in a highly-productive four-year career with the Mountaineers. He played in 121 games as a Mountaineer, averaging 13.7 points per game. Brooks is 15th on WVU’s all-time rebounding list, pulling down 755.

Born in England, Brooks grew up in New York City and was recruited to West Virginia University by assistant coach Ron Brown.

Brooks had his best season at WVU as a senior in 1990-1991. Brooks averaged 16.7 points and 8 rebounds per game in his final year as a Mountaineer. During that season, Brooks scored 37 points in a home game against Massachusetts. That game stands as the 11th-best scoring performance for a Mountaineer in a game at the Coliseum.

As a sophomore, Brooks averaged 12.5 points per game for a WVU squad that went 26-5 and posted a 17-1 record in Atlantic 10 play. The Mountaineers advanced to the second round of the NCAA Tournament.

Brooks scored 403 points in his freshman season, a mark that trails only Warren Baker as the highest-scoring output for a WVU freshman.

The 6-foot-6, 220-pound forward played his high school ball at Oak Hill Academy in Virginia. He was selected to the McDonald’s All-American game in the spring of 1987.