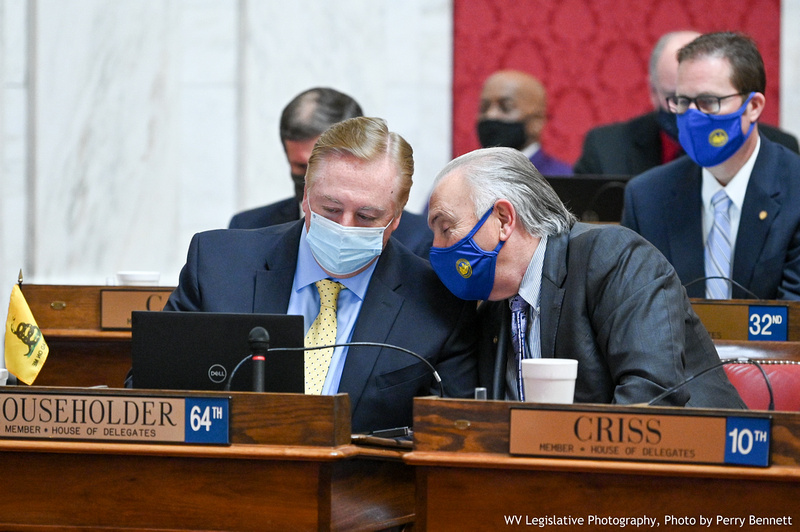 A first bill aimed at refining the governor’s emergency powers is headed for a vote in the House of Delegates.

For months, lawmakers have been watching Gov. Jim Justice’s use of CARES Act relief funding. West Virginia received $1.25 billion in federal relief, and Gov. Jim Justice has held millions of that in reserve.

Members of the Legislature, with the constitutional power of the purse, have been talking about their involvement in overseeing how that money is used. But over months of discussion, no special session was called for such oversight.

Today, the House Finance Committee voted in favor of House Bill 2014, asserting the Legislature’s role of approving expenditures even in situations like the recent rounds of federal relief. The bill now goes straight to the floor.

“This bill would clarify that those funds must be appropriated by the Legislature,” House Finance counsel Mark McOwen told members of the committee as he explained the bill.

The regular 60-day session started Wednesday, but this was the first full day. In the days leading up to the start, lawmakers from both chambers said they would be considering bills to further define the governor’s emergency powers.

“How can we improve upon the governors’ powers? How can we put more of those powers into the Legislature’s hands, just to balance the power of state government?” Senate Majority Whip Ryan Weld, R-Brooke, said during a Legislative Lookahead preview last week.

“We want our governor to be flexible and able to react, but at what point do we want some buy in or legislative approval for that?” asked Summers, R-Taylor.

When the governor himself was asked about such legislation, he said there is no need.

“I’ve surely been working all the time with the Legislature, and you’ve got complete transparency — total transparency on my side. I’m going to do the same thing for another four years,” Justice told reporters last week.

“I’m going to go back to something my dad taught me a long, long time ago and said ‘if it’s working, don’t fix it.’ The bottom line is, it’s worked. And it’s not only worked it’s worked unbelievable.”

But discussion during today’s House Finance meeting indicated lawmakers had been working with the Governor’s Office on the bill.

That came up because the bill’s text described a $100 million limit for the governor’s spending authority during emergencies without legislative approval. The description of the bill during the committee meeting instead had that number at $150 million.

“We’re not trying to hamstring the executive, so we need some latitude,” said House Finance Chairman Eric Householder, R-Berkeley.

“It would appear to me that a hundred million dollars is more than an adequate amount of leeway for the executive,” Gearheart said. “I think we all know with most executives you can give them an unlimited budget and they can promptly exceed it.”

Delegate Vernon Criss, the vice chairman of the committee, said shifting the amount downward to $100 million would go against recent discussions with the Governor’s Office.

So, as the bill passed out of committee, the bill gives $150 million in latitude for the governor to spend federal emergency funds without legislative involvement.

The bill also includes some reporting requirements from the governor to the Legislature for emergency spending.

The latest records from the state Auditor’s Office show the state still has more than $665 million in CARES Act funding from the round of relief last spring.

Governor Justice and his revenue officials have said much of that money is being held back for unemployment benefits over the next few months.

But during last night’s State of the State address, Justice also made a reference to continuing to hold back federal relief dollars. His comments came in the context of his advocacy for cutting the state personal income tax.

“What do you think’s going to happen with the Biden stimulus package? What could happen? They could forgive all of the dollars that we’ve put out towards unemployment,” Justice said.

That drew the attention of groups that have been saying for months that the federal relief money should be used for relief.

“We find it deeply concerning that the governor indicated planning to use coming federal relief money that should be going to impacted families and communities to park in a bucket to pay for the tax cuts,” said Kelly Allen, executive director of the West Virginia Center on Budget & Policy.