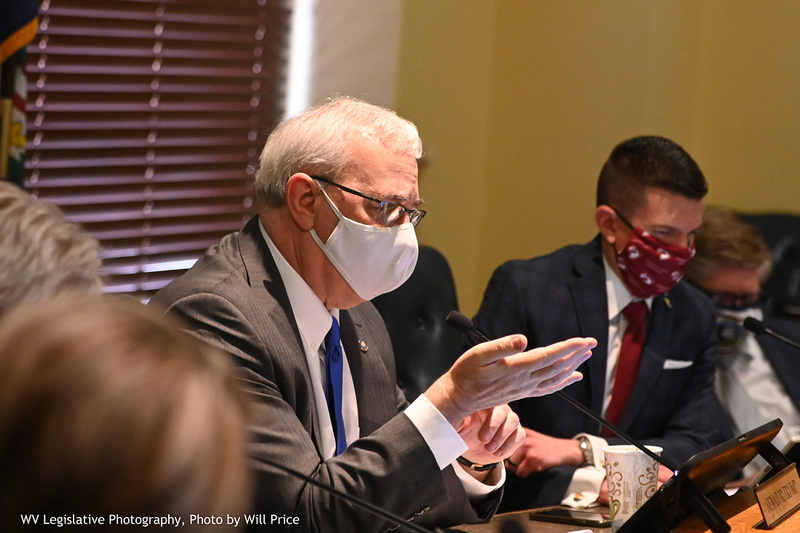 Senators are again considering a classic piece of legislation, the establishment of an intermediate court of appeals.

“We’ve fought the intermediate court bill for several years. At least I have,” said Senator Mike Romano, D-Harrison. “I still don’t like it.”

After a meeting of more than three hours, though, the Senate Judiciary Committee approved the bill. It goes to the Senate Finance Committee before hitting the full Senate.

The state Senate’s Republican majority in recent years has championed the cause, but support in the House has been less certain. The Senate has pushed the bill several years recently, including last year.

Gov. Jim Justice briefly endorsed the concept during this year’s State of the State address: “Tonight I also want to strongly support and hope like crazy it gets in through this year is an intermediate Court of Appeals.”

As the Senate Judiciary Committee began consideration of the bill again today, Chairman Charles Trump acknowledged that this version is almost word-for-word a prior version.

Senate Bill 275 would establish an intermediate court to review civil cases between the circuit court and Supreme Court levels. It would also review issues such as workers compensation cases and final orders from family court.

Judges on the intermediate court would receive appointments to staggered terms to fill out the court at first, with regular elections after that  The court is anticipated to have a northern and southern district, each with three judges. Proceedings are anticipated to take place in already-available public buildings.

Upon full implementation, the court is estimated to cost about $7.6 million, according to an estimate from the state Supreme Court.

Attorney Anthony Majestro, who has often testified against the intermediate court concept, did so again today.

“We believe it’s an unnecessary expansion of government and our tax dollars could be better spent elsewhere,” Majestro said.

He noted that it’s been state Supreme Court policy for several years to review all properly-filed appeals and issue a written decision. He said a mid-level court is likely to result in delays for people who file lawsuits.

Attorney Danielle Waltz, who has often spoken in favor of the intermediate court, did so again. She said the mid-level court would provide greater assurance for a full review of cases.

She said West Virginia is the largest state without an intermediate court. But she said some states that are smaller do have such courts.

“This bill would modernize West Virginia’s court system,” she said. “It would bring West Virginia in line with the 40 other states that have an intermediate court.”

She added, “It allows for development of law to provide for predictability for litigants on both sides of cases.”