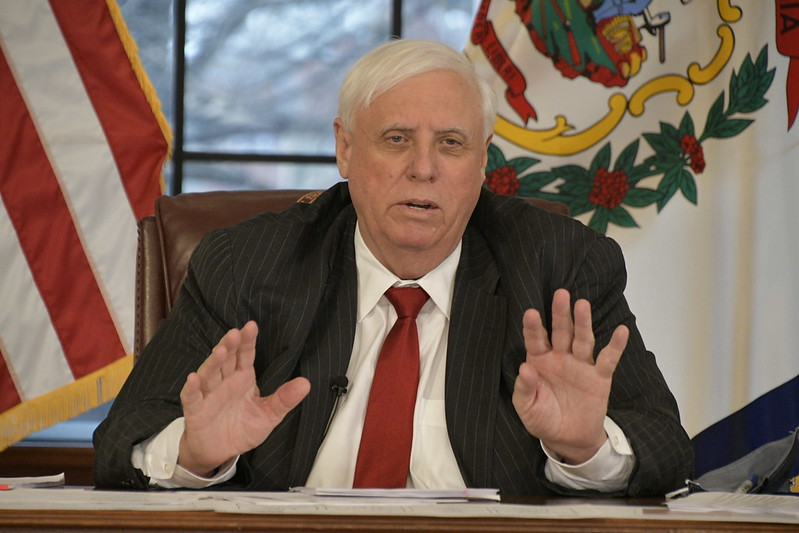 Delegates are poised to pass a bill placing time constraints on the governor’s emergency powers — but without a provision meant to clarify the bill applies to the current covid-19 emergency.

That comes right as the governor has strongly hinted that he’ll start drawing down some of the precautions the state has taken under his order.

“I think we can move in that direction now and on Friday I’ll be releasing more information on that,” Gov. Jim Justice said during a regular briefing on Wednesday.

“To back off restrictions maybe on our restaurants to some degree and absolutely from the standpoint of this blended schedule and things we’re working on with our school system.”

A supermajority of delegates signed on for a special session last summer to provide more legislative oversight, but there wasn’t enough support among the Senate majority.

Now, during the 60-day regular session, delegates are considering a bill to assert a check on the executive powers.

Most delegates seem to support the bill.

But they were divided Thursday over an amendment that would have specified that it applies to the current emergency. It simply said, “Upon passage, any state of emergency or state of preparedness currently in effect are subject to the provisions of this section.”

Delegates voted down the amendment 47-51.

Drama over it had already extended several days.

It was first proposed last Friday in House Judiciary Committee by Delegate Pat McGeehan, R-Hancock. As it was being discussed, Judiciary Chairman Moore Capito, R-Kanawha, said the committee had run out of time because other delegates needed the room.

When the committee gathered again Saturday morning, Capito expressed reservations about the amendment but the majority of the committee voted for it.

Then on Monday, Judiciary Vice Chairman Tom Fast, R-Fayette, made a motion to rescind the bill and proposed the amendment should be stricken after all. His argument that the amendment was unnecessary won the day.

Today, McGeehan proposed the amendment again — this time to all of his fellow delegates.

“I’m simply asking us as a legislative body to come together to provide some sort of meaningful check against what’s going on right now,” he said.

If the bill left any doubt about its application to the current situation, he said, “We’re essentially implying that everything that’s gone on the last 11 months was acceptable.”

Capito, the Judiciary chairman, interpreted the bill to already apply to the current emergency once it goes into effect. He contended adding the amendment would muddle it.

“My reading of the bill is rather unambiguous,” he said. “Without this amendment, which I don’t think is needed, I think this bill applies to the current situation.”

He suggested the “upon passage” phrasing could invite confusion.

“I don’t know what passage means. Does it mean passage by this body? Does it mean being signed by the governor?” Capito asked.

McGeehan indicated he was baffled by that. “I’m sort of taken back by the chairman’s argument,” he said.

In committee, “He never brought that up. The amendment was right in front of him and he never said ‘I don’t understand what passage means.’”

Others agreed that the specification would help.

“I’m a lawyer. I don’t see any reason not to clarify that we intend it to apply to this current situation. Like you said. It’s been a year,” said Delegate Barbara Fleischauer, D-Monongalia.

“I feel strongly that separation of powers is critical. It has been ignored for a long time I don’t think it harms anything at all to say this law applies right now.”

“We are leaving it cloudy. We don’t need to leave it cloudy. We can say what we mean,” said Lovejoy, the lead Democrat on the Judiciary Committee.

“As for me, I’m going to reassert the separation of powers and I’m going ot say the legislature can and should make the law.”

Delegate Evan Worrell, R-Cabell, worried that the amendment’s passage and then rescinsion in committee could allow a legal argument that the Legislature did not intend for the bill to apply to the current emergency.

“That is one of my fears that they would be able to use the fact that this was passed in committee and then was taken out,” Worrell said.

McGeehan, who studies philosophy, alluded to the ancients to express his frustration.

“From the days of Cato the Younger, republican government has always opposed one-man rule,” he said.

Then he asked, “If the governor was not a Republican and he was a Democrat, would we truly act the same way? This is a very reasonable amendment.”