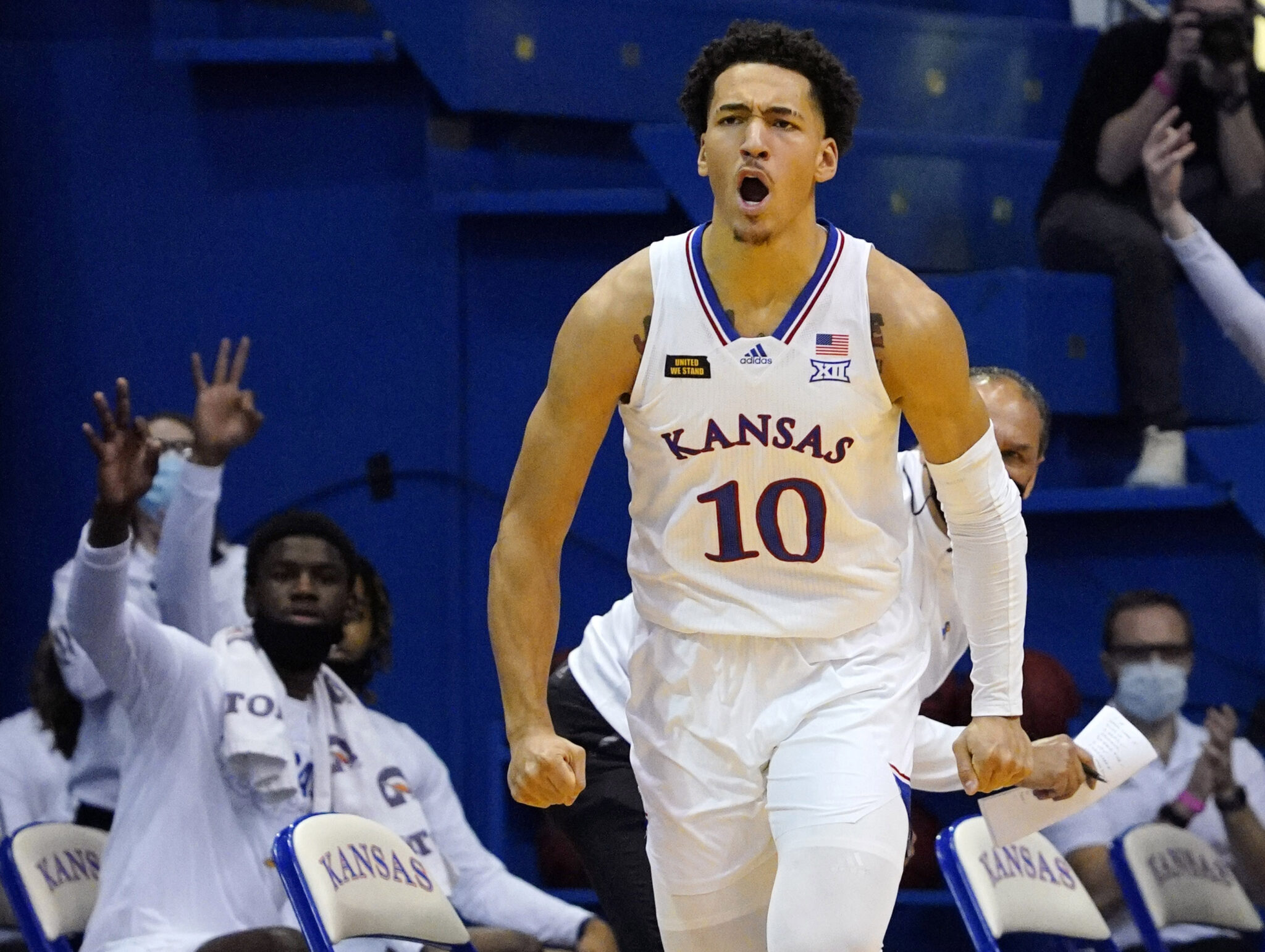 CHARLESTON, W.Va. — It was quite a week in the Big 12, as COVID and a blast of winter weather put a full court press on the conference.

Despite that, many of the biggest games of the week still managed to be played, and for WVU, while the showers at the basketball arena in Austin didn’t work, the script for a 19-point comeback win over Texas played out to perfection.

As we move into the final week of February, a few things about the Big 12 have settled out.  We know that Baylor will likely win the regular season title and that K-State, TCU and Iowa State will be bringing up the rear.  Who finishes in the slots from second to seventh is anybody’s guess.

After a week off,  here’s our latest Snapshot, which features a tier format, rather than traditional standings or more conventional power rankings.

In this weird college basketball season impacted by COVID, unbeaten Baylor has been idle for three weeks.  The Bears finally get back in action on Tuesday night against Iowa State in Waco, before hosting WVU on Thursday afternoon.  During this current pause, Baylor has missed games with Oklahoma, Oklahoma State, Texas, Texas Tech TCU and West Virginia.  Whether or not BU will be able to make up all of those games is an open question, but the Bears currently have a four game lead in the loss column in the conference regular season race.

The Sooners continued their better-than-projected season with a 66-56 workman-like win over Iowa State on Saturday.  OU remains alone in second place in the league standings at 14-5 overall and 9-4 in conference play.  Since returning to action, Austin Reaves continues to put up solid numbers, he had 20 points against the Cyclones, including a three-point dagger in the final minute to seal the victory — Oklahoma’s first in Ames since 2011.  Oklahoma visits Kansas State on Tuesday night.

In a season that has already featured numerous unlikely comebacks, WVU spotted Texas a huge lead, before roaring back to win 84-82 on Saturday.  West Virginia’s Texas tour continues this week, with a stop at TCU on Tuesday and a true measuring stick of a game on Thursday afternoon at Baylor.

Will the real Kansas Jayhawks please stand up?  Since our last edition of the Snapshot, KU has now won five straight games, including a 67-61 win over No. 15 Texas Tech 67-61 on Saturday.  David McCormack had one of his best games of the season against TTU, knocking down his first seven attempts from the field, en route to 17 points and eight rebounds.  All five KU starters were in double figures.  We will get a better read on where Kansas stands among the Big 12 elite this week, when they visit Texas on Tuesday night and host Baylor next Saturday.

We will keep Texas in Tier One status this week, despite their loss to WVU on Saturday.  In their loss to the Mountaineers, Texas had not one, but three opportunities to tie or take the lead in the final minute but failed to cash in.  The second half UT meltdown also featured some tense moments.  Texas guard Andrew Jones left Sean McNeil unguarded for a key three-point field goal, which led directly to an on-court exchange between Jones and Courtney Ramey that continued into the following media timeout and nearly escalated to blows.  This is a big week for Texas, as the Longhorns visit Kansas on Tuesday night, then take on Texas Tech in Lubbock on Saturday.

The Cowboys played just one game last week, as their Saturday date with Baylor was postponed due to the Bears’ COVID issues.  OSU has been idle since a Tuesday night 76-58 romp over Iowa State.  Freshman Cade Cunningham led the way with 21 points, five rebounds and seven assists.  Fun with Numbers; Cunningham, over the last five games, the probable overall number one pick in the NBA draft, has averaged 58.7% from three, and his field goal percentage is now exactly the same on his three and two-point attempts at 42.9%. OSU has an ESPN Big Monday date with Texas Tech and visits Oklahoma next Saturday.

A combination of poor play and poor weather drops Texas Tech to a season-low in our Snapshot this week.  After a pair of games with TCU were postponed due to winter weather issues in Texas last week, TTU was drilled on Saturday at Kansas, 67-61, in a game that wasn’t as close as the final score indicated.  The loss at KU was TTU’s first game in eleven days and the rust certainly showed. Mac McClung and Terrence Shannon Jr. combined for only 27 points and most nights that will just not be enough to get the job done for the Red Raiders.  Texas Tech is now just  6-6 in conference play and have a big week ahead; visiting Oklahoma State on Monday night before hosting Texas next Saturday.

While K-State did manage to snap their 13-game losing streak with a 62-54 win at TCU on Saturday, it’s important to point out there’s a serious gulf between Tier Two and Tier Three status in our Snapshot again this week.  KSU rallied from five down with five minutes to play, to end the game on a 16-3 run for their first win since December.  Mike McGuirl led the way with 16 points, 9 rebounds, and 5 assists.  K-State also took good care of the basketball in Fort Worth, committing only nine turnovers.  By snapping their 13-game losing streak, K-State avoided tying the school record of 14 straight losses, set in 1923.  Look for Kansas State to again be double-digit underdogs this week, as they host Oklahoma on Tuesday and visit West Virginia on Saturday.

It was a rough week in Fort Worth for the Frogs, as a scheduled home-and-home with Texas Tech was scrapped due to the weather, then on Saturday, TCU shot just 32% from the field in a 62-54 late second half collapse against Kansas State.  TCU had just three field goals in the last seven and a half minutes of the second half in the loss to KSU and none in the game’s final five minutes.  The Frogs host WVU on Tuesday and visit Iowa State next Saturday.

Iowa State remains the only team in the Big 12 without a conference win, following their 66-56 home loss to Oklahoma on Saturday.  Give the Cyclones this; after trailing 30-9 out of the gate, ISU briefly had the lead following a Tre Jackson three in the second half before the Sooners rallied for their first win in Ames in a decade.  Rasir Bolton led the Cyclones with 14 points and Solomon Young added 12 points and eight rebounds.  Iowa State visits Baylor on Tuesday night for the Bears’ first game after three weeks of COVID pauses.