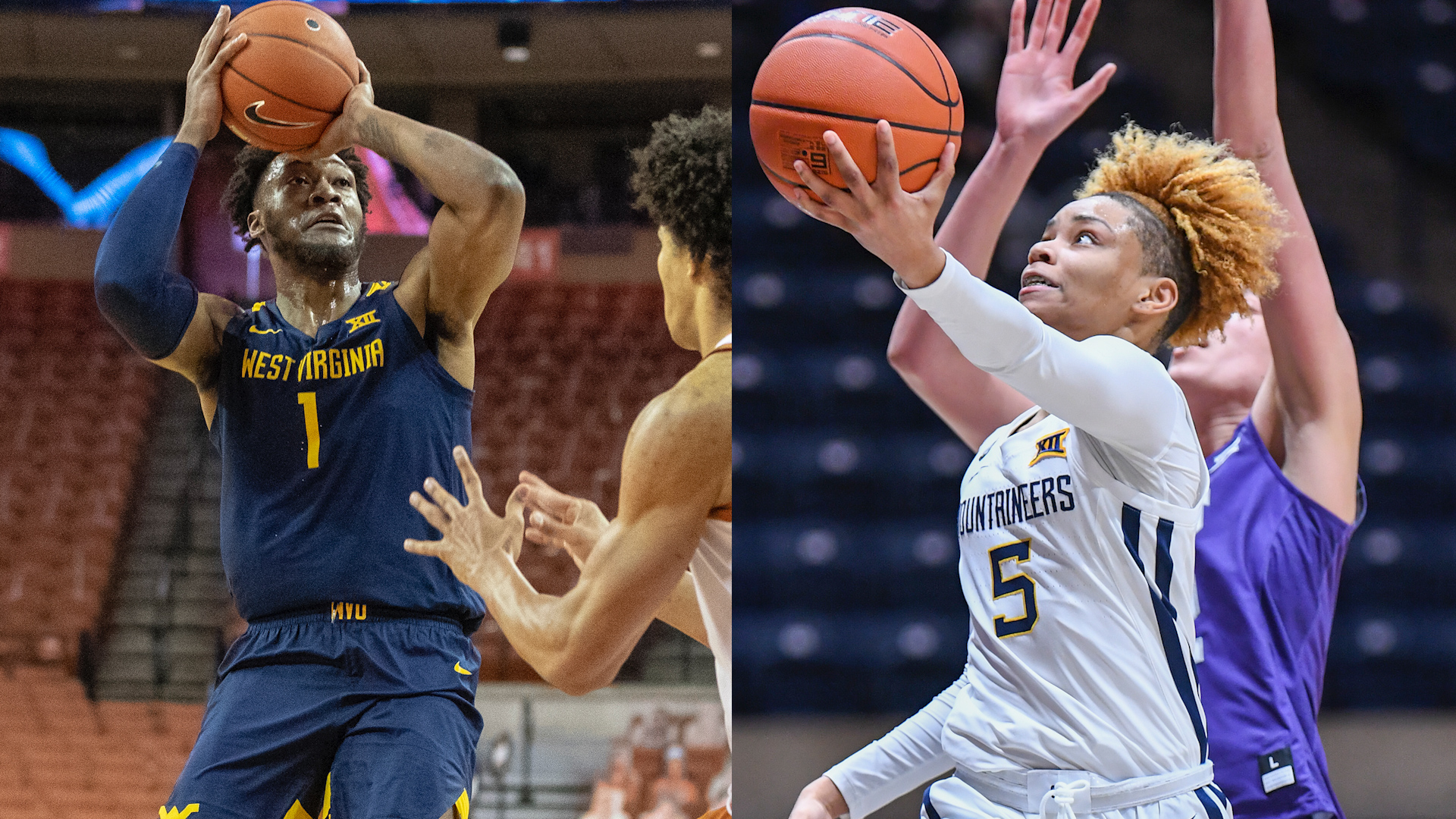 For the second time in the Big 12 season, Huggins and company fought back from a 19-point hole to score a road victory. They did the same on January 4 at Oklahoma State. Texas shot 70 percent from the floor in the first half, scoring 53 points. The Longhorns were limited to just 29 points after the break.

“Obviously, giving up 50 points in the first half is going to put you behind. They are a great team and got into foul trouble. And we just gutted it out. We came together and didn’t separate. When guys come together, we are a problem,” said WVU sophomore guard Deuce McBride.

“We were about as bad as you could be in the first half and I think they understood that. This group, generally when they are challenged, they will try to step up and meet the challenge,” said Huggins.

“We come into timeouts and say that we are going to win the game. It doesn’t matter if we are down 10, 20 or even 30, It is the mindset of the players and coaches and the whole staff,” Matthews Jr. said.

No. 13 WVU’s (15-6, 8-4 Big 12)  three-game, week-long road trip continues Tuesday at TCU (11-9, 4-7 Big 12). Despite power and water disruptions throughout central Texas due to the winter storm earlier in the week, Huggins says the trip was as routine as could be expected.

“We came in and got some shots up yesterday. They were terrific and very accommodating,” Huggins said.

“We were able to stay where we normally stay. They did a great job. They went out and got food. They couldn’t get any food trucks in because of damage to the roads. But they went out and got food, brought it in and cooked it for us, which was terrific on their part. It has been about as normal as it could be under the circumstances.”

Meanwhile in Morgantown, the WVU women’s basketball team completed a regular season sweep of TCU. The victory could prove costly however due to injuries to two of WVU’s three starting guards. Senior Kysre Gondrezick scored 14 points in the first half but did not play in the second half. Point guard Madison Smith suffered a left leg injury midway through the third quarter and did not return.The Mountaineers started the game with only nine healthy players available.

“This is what people play basketball for,” said WVU junior forward Kari Niblack. “We got to buckle down if we want this win. TCU couldn’t want it more than we did. We wanted it more than them. And we went and got it.”

At the time of Smith’s injury, WVU led 56-42. TCU crept within a point in the fourth quarter but the Mountaineers never relinquished the lead. With KK Deans pressed into service at point guard, West Virginia slowed the pace in the fourth.

“We wanted to slow down. A couple times we had a five-point lead and we were acting like we were down five. We just got out of control instead of somebody getting the ball and slowing it down. We hit three out of our four foul shots down the stretch. That was good to see,” Carey said.

Junior guard and Georgia Tech transfer Jasmine Carson played 21 minutes for the Mountaineers Saturday, her second-most minutes in any game this season. Carson scored a dozen points on 5-for-8 shooting from the field and Carey says she is improving on the defensive end of the floor.

“She is doing a lot better of a job because she cares. Jasmine cares,” Carey said. “She wants to play and she understands what she has to do to play.”